Ofsted was asked by the government to carry out a rapid review of sexual abuse in schools and colleges, following the publication of thousands of testimonies of sexual abuse on the website Everyone’s Invited. The report has now been published and the watchdog has warned that sexual harassment has become “normalised” among school-age children.

In this webinar chaired by Professor Dame Alison Peacock (Chief Executive, Chartered College of Teaching), we heard from Anna Trethewey (Head of Strategy, Ofsted) and Andrew Cook (Regional Director for the North West, Ofsted) who disseminated the findings from the report. We also heard from Carolyn Roberts FCCT (Headteacher, Thomas Tallis School) who reflected on her own experiences and discussions with her pupils on the issue.

Prior to becoming CEO of the Chartered College of Teaching, Professor Dame Alison Peacock was Executive Headteacher of The Wroxham School in Hertfordshire. Her career to date has spanned primary, secondary and advisory roles. In 2018, she became an Honorary Fellow of Queen’s College, Cambridge, one of the first ever female Fellows admitted. She is also a Visiting Professor of both the University of Hertfordshire and Glyndwr University.

Anna Trethewey is Head of Strategy at Ofsted. Prior to her current role, she was Executive Director at the Centre for Education and Youth, a youth and education ‘think and action’ tank. She has been a youth worker, teacher and school leader in London and Norfolk and is a trustee at Aspire for Young People, a charity that provides enrichment activities for young people in alternative provision.

Andrew Cook became the Regional Director for the North West in November 2016. Andrew was appointed Her Majesty’s Inspector in 2005. Since joining Ofsted he has worked in school improvement, school inspection policy and organisational restructuring. His previous posts in Ofsted were Senior Her Majesty’s Inspector in the West Midlands and Regional Director for the East of England.

Before joining Ofsted, Andrew was a successful head teacher, and worked in an advisory capacity for a local authority.

Carolyn Roberts was born and educated in Teesside and graduated from King’s College London in 1982. She did a PGCE at Birmingham University, MA at Durham and NPQH at Newcastle university.

She taught in Birmingham, Leicestershire, London, Sunderland and Durham before becoming a Headteacher in 2001. Carolyn was Head at St Hild’s CE School in Hartlepool, the Durham Johnston in Durham City. She became Head of Thomas Tallis School in London in 2013. Carolyn was Honorary Secretary of ASCL from 2014-2017 and Chaired the Ethical Leadership Commission from 2016-2019.

Carolyn has published articles and essays and blogs on the Thomas Tallis website. She was co-author with Michael F D Young, David Lambert and Martin Roberts of Knowledge and the Future School: Curriculum and Social Justice (Bloomsbury 2014). She wrote Ethical Leadership for a Better Education System: what kind of people are we? (Routledge 2019).

In September 2019 Carolyn became Co-Director of the PTI, which seeks to provide outstanding subject and leadership training for teachers.

In this webinar recording, Cat Scutt (Director for Education and Research, Chartered College of Teaching)… 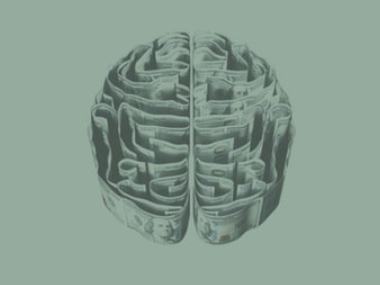 In this #RushHourResearch webinar recording by the University of Birmingham School, Mark Stow (Vice Principal,…