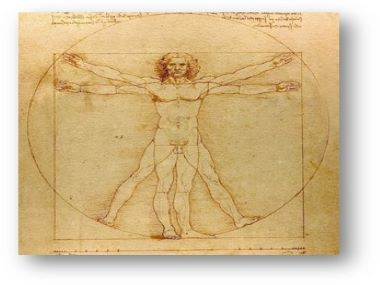 ‘Writing the Renaissance: History versus Fiction’, where Ross King and Sarah Dunant will be in conversation about the Renaissance and how historians and novelists capture it.

The Renaissance is one of the most storied periods in human history, a time of cultural efflorescence, intellectual innovation, and scientific revolution, but also one of political turmoil, religious fragmentation and incessant war. Before it was even over, its history was being written: the pioneering art historian Giorgio Vasari immortalised the artists who had revolutionised the visual culture of Europe, while Machiavelli’s friend Francesco Guicciardini chronicled the trials and tribulations of such dynasties as the Medici, the Borgia and the Gonzaga in his History of Italy.

It should be no surprise that in the centuries that have followed, this era of profound creativity has attracted the attention of numerous other authors, from historians and poets to novelists and screenwriters. Among them are Ross King and Sarah Dunant. Both have written extensively about the Renaissance, yet from very different perspectives: Ross King as a historian, Sarah Dunant through the lens of fiction.

In ‘Writing the Renaissance: History versus Fiction’, they will discuss the merits and pitfalls of these different approaches and debate whether the historian or novelist can best conjure up the feverish atmosphere of the age and its astonishing cast of characters.

Ross King is a bestselling author of books on art and history, focusing in particular on the Renaissance. His books include Brunelleschi’s Dome (2000), Michelangelo and the Pope’s Ceiling (2002), The Judgment of Paris (2006) and Leonardo and The Last Supper (2012). His most recent book, published earlier this year, is The Bookseller of Florence, a life of one of the unsung heroes of the Italian Renaissance: the manuscript dealer Vespasiano da Bisticci.

Sarah Dunant is a broadcaster, critic and novelist. She is a former presenter of Woman’s Hour, The Late Show and Night Waves, as well as an award-winning thriller writer. She is the author of five novels set in Renaissance Italy exploring women’s lives through art, sex and religion, including Sacred Hearts, which was shortlisted for the 2010 Walter Scott Prize, and Blood and Beauty, a novel about the Borgia family. She lives in London and Florence.

Register for this event here

Literacy and transition: evidence-informed strategies to close the gap