Can teaching upper primary about the ‘testing effect’ increase feelings of confidence about test-taking? 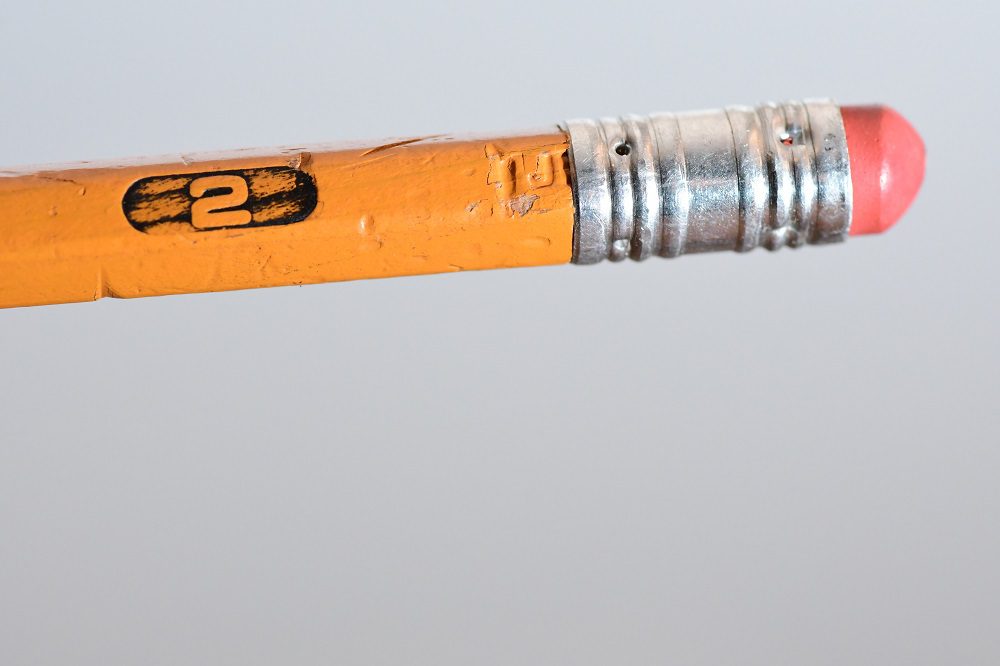 Hembree’s (1988) large and heavily cited meta-analysisA quantitative study design used to systematically assess th... of 562 studies about test anxiety found that test anxiety affects girls more than boys and can start at the ages of seven to eight years (Year 3 to Year 4). Test anxiety is a transactional construct that affects performance of working memory. One aspect of Bandura’s self-efficacy theory (1997) is that self-belief – belief in capability – can raise performance. A six-week intervention using metacognition of the ‘testing effect’ desirable difficulty was delivered to a group of 10- to 11-year-olds (Year 6) prior to a high-stakes examination. This intervention aimed to enable 10- to 11-year-olds to believe that new metacognitive knowledge can be used to give self-efficacy in test-taking – to believe that testing routes in the brain have been primed and that they have the ‘mastery’ of the metacognition of self-efficacy.

This is the first study of its kind, aiming to link the metacognition of the testing effect to primary-aged students’ wellbeing. Testing is a desirable learning strategy, and the cognitive process of recall is a powerful learning strategy. However, tests, exams and assessments, especially high-stakes tests, can cause anxiety. This experiment aimed to test a short and easy-to-deliver six-week homework intervention, which was designed by a teacher who has a full understanding of classrooms, schedules and the extraordinary events that can happen in a school on a daily basis, designed to reduce test anxiety. From the pilot testing, this short and sharp intervention suggests that students’ feelings of self-efficacy prior to high-stakes exams such as 11+, senior school entrance and Key Stage 2 SATs can be improved.

Test anxiety impairs cognitive abilities, disrupting the ability to remember and reducing achievement (Eysenck,1992). There is little research into test anxiety for primary-aged students. Zeidner (1998) defines test anxiety as transactional, and his ‘S Ref’ model of test anxiety is a result of executive self-regulation processes, self-beliefs and maladaptive situational interactions – behaviours that might reduce anxiety in the short term, such as avoiding practising out of fear of failure, or avoiding talking about the test, but can worsen anxiety longer term.

The desirable difficulty of the testing effect

Bjork’s (1975) desirable difficulties are four strategies for improving retention of information. They are interleavingAn approach to learning where, rather than focusing on one p..., spacing, moving from room to room and, finally, the testing effect. The testing effect increases retention of information more so than repeated study, even when there is no feedback (Roediger and Karpicke, 2006b). Incorrect retrieval of information during tests can still produce improvements in learning. Getting the answer right in tests does not constitute as learning as powerful as using and practising the recall process itself (Kornell et al., 2015).

The power of retrieval over restudying is exemplified by Karpicke and Roediger (2008). The findings indicate that testing is the critical factor in promoting long-term recall, rather than restudying, with repeated retrieval practice leading to 150 per cent improvements in long-term retention. This is powerful knowledge for our primary students to have in their minds when they take high-stakes tests.

The study explored whether using the testing effect can increase feelings of self-efficacy and therefore reduce test anxiety. To our knowledge, there are no other studies that have explored this idea. As such, we are unique in using Bjork’s desirable difficulties (1975), specifically the testing effect, to intervene in the cognitive or worry aspect of test anxiety (Liebert and Morris, 1967).

In essence, the intervention creates a sense of ‘mastery of self-efficacy’ (Bandura, 1997) in testing situations. The basic principle is that if a student believes in their capability, which is what the intervention aimed to achieve, then, as Bandura’s research has shown, they will perform better and achieve more (Bandura,1997).

This exploratory study was conducted with Year 6 pupils who were taking high-stakes tests to determine senior school entry.

Post-intervention, an informal interview was held with some of the participants five days after the high-stakes test. The goal of the interviews was to further document the individual, complex and transactional nature of the test anxiety.

The purpose of the intervention was to increase self-efficacy through teaching the children about the metacognitive effects of the testing effect, to examine whether this method can alleviate the worry or cognitive component of test anxiety and increase resilience in evaluative situations. Most students, as they approach 11+, entrance exams or SATs, are regularly and extensively tested prior to the exams.

The intervention sessions can be delivered during any lesson in a school week and each intervention lasts for approximately 10 minutes, amounting to six 10-minute sessions, over six weeks, in total.

At the beginning of each lesson, the participants were invited to discuss what they had discovered from the previous week’s metacognitive homework sheet. This encouraged the participants to engage in a reflective conversation about desirable difficulties. The homework sheets used age-appropriate language and had been adapted from the original papers about the testing effect. Stories were used to tell the participants about the cognitive scienceThe study of the human mind, such as the processes of though... research, and used the first names of the researchers as ‘characters’: Elizabeth (Bjork), Bob (Robert Bjork), Carol (Dweck), Jeffrey (Karpicke) and Henry (Roediger III). A dialogue was created through the narrative so that it seemed as if the authors were talking to the students. The first homework sheet introduced the idea of the testing effect and asked the students to explain the phrase ‘Enhanced learning – taking memory tests improves long-term retention’ (Roediger and Karpicke, 2006a). A further homework task was writing a letter to Bob Bjork to explain what they had learned about the testing effect.

There was a large reduction in test anxiety, measured by effect size, for some items on the questionnaire. The biggest reductions of worry were recorded in the following items: ‘wondering about whether or not they would pass’, ‘worrying about whether they should have studied more’, a ‘decreased heartbeat’ and ‘feeling nervous’. All of these results had an effect size bigger than 0.8 (Cohen’s d and 0.8 is deemed significant). In addition the items ‘I find it hard to remember the answers’, ‘I worry I will get most answers wrong’, ‘I worry about how hard the test is’, ‘my belly feels funny’ showed a reduction of worry above the medium effect size (Cohen’s d of 0.5). These measurements suggest a significant reduction in some aspects of worry around test anxiety. Interestingly, it may be that the reduction in cognitive worry load reduced some of the physical symptoms of test anxiety such as increased heart beat and ‘my belly feels funny’.

The responses from the participants provide valuable information about test anxiety and the effectiveness of the intervention.

Common themes in the participants’ conversations can be linked to the items, which show large and medium effect sizes. Self-talk about metacognitive techniques and feeling confident because of metacognition of the testing effect and the experience of practising papers support the large effect sizes in the reduction of worrying about whether they will pass and whether they should have studied more; this reduction in worry seems to have alleviated the autonomic reactions of ‘heart beating fast’ and ‘feeling nervous’. Teacher feedback about the intervention stated that the students had understood the testing effect and that this was a supportive and relevant intervention prior to high-stakes tests such as SATs.

The quantitative findings were supported by the participants’ own comments from the interviews. The participants felt more confident because they understood the testing effect and they could see that they had practised this.

“Yeah, it made me feel confident because it’s proved, you know it’s true and not a maybe, it actually works.”

This confidence is likely to have reduced participants’ feelings of anxiety before the high-stakes test.

The results support existing studies on desirable difficulties, specifically the testing effect, by showing that although increased testing is perceived negatively by students (Bjork et al., 2013) and is often counterintuitive practice for teachers and students, the testing effect has academic benefits. We extended those findings by finding that it also leads to a reduction in test anxiety. More specifically, teaching 10- to 11-year-old students about the metacognition of the very process that they are involved in, the testing effect, increases self-efficacious feelings in anxiety-provoking situations such as a high-stakes test (Bandura, 1997). Given the number of tests that students have to take, the potential impact of these preliminary findings on the wellbeing of young students merits a further, larger study.

First, the sample size was very small and it would be useful to look at whether these findings generalise to a larger sample and how individual differences might play a role in the effectiveness of this approach. This work is currently being undertaken.

Second, the nature of the current high-stakes test made it impossible to have access to actual student performance, so further studies should look at the relationship between any reduction in test anxiety and test performance; this work is also currently in process.

Third, it would be useful to consider the timing of when the test anxiety questionnaire is administered. For ethical reasons, the current version was administered just after a high-stakes test, but there might be other time points that could be valuable in understanding the influence of the testing effect.

Teaching 10- to11-year-old students about the testing effect desirable difficulty enabled them to understand that testing in class can be good for their ability to remember in high-stakes tests. Believing in the testing effect as preparation for tests increases confidence, feelings of self-efficacy and, potentially, results.

Bandura A (1997) Self-Efficacy. The Exercise of Control. New York: WH Freeman and Company.

Liebert R and Morris L (1967) Cognitive and emotional components of test anxiety: A distinction and some initial data. Psychological Reports 20: 975–978.

Roediger III HL and Karpicke JD (2006b) The power of testing memory. Basic research and implications for educational practice. Perspectives on Psychological Science 1: 181–210.