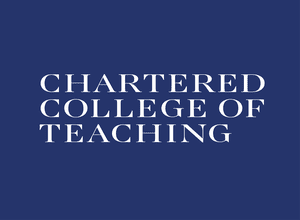 Long standing arguments about class size are as strongly worded as ever. Much of the debate has been couched in terms of the connection between class size and pupil academic attainment. On one side, teachers and voices representing practitioners argue that large classes are a real problem, while on the other side, policy reports and researchers argue that class size is not important. In this presentation Peter Blatchford and Tony Russell argue that much debate and research is misguided because of the narrow focus on student attainment and because it is not concerned with what actually happens in classrooms, particularly how class size affects teaching and teachers. Drawing on many years’ experience researching class size effects, and on work for their recent book ‘Rethinking Class Size’, they seek to answer two important questions: 1. Why is there this disparity between practitioner and policy view? 2. Why has research failed to find clear, negative effects of large class sizes? Peter and Tony argue that answers to these questions will go a long way to a more realistic understanding of the effect of class size differences, as well as guidance on how to make the most of small and large classes.

Peter Blatchford is Emeritus Professor in Psychology and Education at the University College London (UCL) Institute of Education. He directed the large-scale five year Deployment and impact of support staff in schools (DISS) project funded by the English and Welsh Governments, which was voted one of the 40 most influential educational research project of the last 40 years by the British Educational Research Association. He co-directed the follow up Effective Deployment of Teaching Assistants (EDTA), Making a Statement (MAST) and Special Educational Needs in Secondary Education (SENSE) projects. He has also directed two other large-scale funded projects – a programme of research on the educational effects of class size differences and pupil adult ratios (CSPAR), and an ESRC funded programme of research on collaborative group work (SPRinG) and grouping practices in schools. His research has led to a number of publications including the books ‘The Child at School: Interactions with Teachers and Pupils’ (Blatchford, Pellegrini and Baines, Routledge, 2016); ‘Reassessing the Impact of Teaching Assistants’ (Blatchford, Russell and Webster, Routledge, 2013), ‘Class Size: Eastern and Western Perspectives’ (Eds: Blatchford, Chan, Galton, Lai and Lee) and ‘Rethinking Class Size: The Complex Story of Impact on Teaching and Learning’ (Blatchford and Russell, 2020). He has recently completed a Leverhulme funded international network on ‘Class Size and Effective Teaching’ and a Nuffield funded survey of school breaktimes and pupil social lives in primary and secondary schools. He is a Fellow of the UK Academy of Social Sciences. He recently completed a three year Leverhulme funded Major Research Fellowship.

Dr Anthony Russell has had a career in primary teaching and teacher education in UK, Africa and Europe, curriculum development in UK, Europe and Asia, research at King’s College London and the UCL Institute of Education, university teaching in UK and Europe, five years of LA advisory work in science and the authorship of over sixty books for teachers and pupils.

This event is hosted by: Rathfern CCT Research Network

Register for this event here