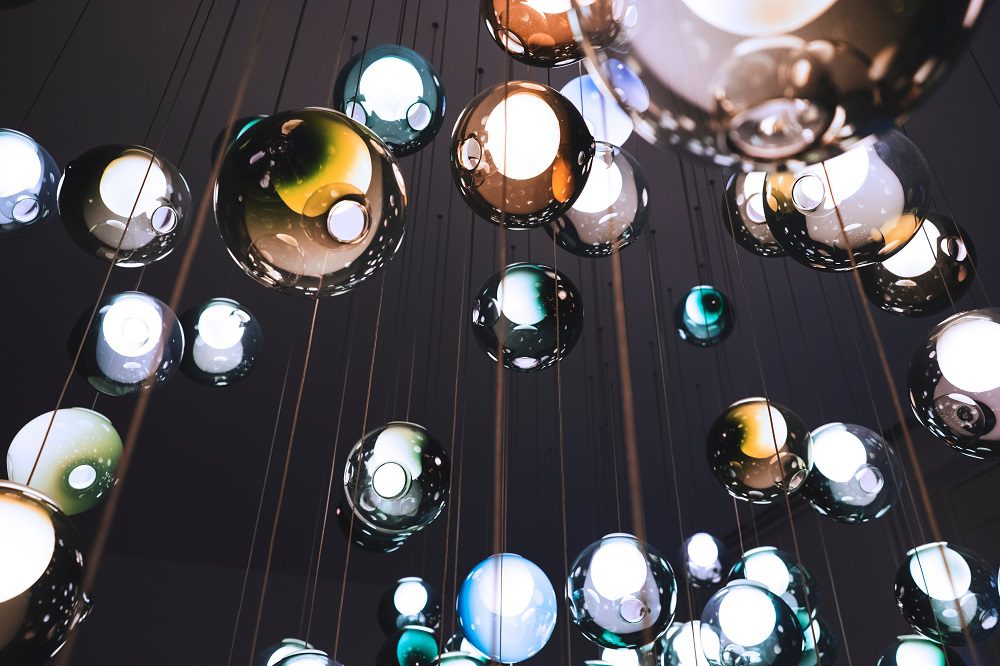 The context of 360-degree video in teacher education

Video has been used as a professional development tool for teachers for some time. However, despite the benefits, there are a number of barriers to using standard video playback with trainee teachers, in particular their difficulty in recognising issues in teaching and learning, resulting from less well-developed understanding of pedagogy and practice.

360-degree video is an immersive type of video that allows the viewer to look around in all directions, giving them choice and control over what they see. Spatial audio is also recorded by the camera; this enables the viewer to identify the source of speech from anywhere within the classroom. Ibrahim-Didi (Ibrahim-Didi , 2015) suggests that 360-degree video has the potential to support teachers to develop the critical skills needed to reflectively examine their own practice; however, such practice has remained unreported in the literature. In a previous study, we aimed to address this gap, using 360-degree video technology to develop trainee teacher reflection (Walshe and Driver , 2019). We recorded trainee primary teachers in the classroom using 360-degree video technology and asked them to watch the video back using virtual reality (VR) headsets. Results suggested that the immersive, embodied experience of reflecting using 360-degree video became an intermediary to real-life classroom settings through which students were able to re-experience their teaching; this supported students to produce reflections that showed a much better understanding of their and their pupils’ behaviours. As such, we argued that 360-degree video has significant potential to transform the way in which we support student teacher pedagogical practice.

Towards an understanding of pedagogic knowledge and practice

If 360-degree video and VR technology are so effective at supporting teacher reflection, what is their further potential for supporting teacher development, particularly within the context of initial teacher education (ITE)? Our ITE context is that of a BA primary education studies degree, a theory-led course that does not incorporate compulsory school-based placements. As such, one of our challenges is how to give our students an understanding of teachers’ in situ classroom decision-making and knowledge. For this reason, the project described in this article begins to consider how we might use 360-degree video and interactive digital overlays to produce 360-degree experiences to support student teacher development, in particular their appreciation of teachers’ decision-making and their reflection on pedagogical practice.

We recorded four practising teachers based in two primary academy schools. Teaching comprised 30-minute lessons of either English or maths and was recorded using two cameras. One was a high-end stereoscopic 360-degree camera with four pairs of lenses pointing in four directions; each pair of images is stitched together producing stereoscopic (3D) images that can then be viewed within a 360-degree environment. It also has omnidirectional audio, using four microphones arranged with the purpose of creating 3D stereo sound, meaning that when ‘watching back’ the footage using VR and a headset, attention can be drawn by sound, as well as movement. This camera was mounted on a monopod and placed at pupils’ eye level. We also used a consumer-level 360-degree monoscopic camera suspended from the class overhead projector. The technologically more sophisticated high-end camera was more expensive than the consumer-level one (£675 as opposed to £200 at the time of publication). It would be possible to replicate this project using a consumer-level camera, with the loss of audiovisual quality and stereoscopic video being the most significant disadvantages when wearing the VR headset.

We obtained ethical approval from our university Research Ethics Panel prior to the commencement of the project; given the immersive nature of the recording, this necessitated gaining full written consent from parents and verbal assent from children.

Two weeks after their teaching, teachers were asked to reflect on their practice while watching the 360-degree video footage. Reflection was unstructured and used ‘think-aloud protocol’, which involves participants saying whatever comes into their mind as they complete a task, with the aim of giving observers insight into their cognitive thought processes. Teachers were asked to observe their teaching, note their pedagogical decisions and articulate their thoughts. Their reflections were recorded using standard video, with audio recording for backup.

The third stage involved the creation of interactive 360-degree experiences in VR using an immersive overlay platform (IOP). IOPs facilitate the creation of a navigable interactive multimedia environment, allowing, for example, important moments within the lesson to be highlighted to draw a viewer’s attention. Using the IOP, the authors added information to the 360-degree video. This incorporated analytical commentaries from the teachers (as standard video clips), posing questions at different points within the teaching, and providing interactive activities that support students to consider teaching and learning from different perspectives. These 360-degree experiences were then integrated into the course’s virtual learning environmentAn online system that allows teachers to share resources wit...; students were able to watch these on desktop computers at home, but more effectively through VR headsets at university, which enabled them to view the media in a more immersive form.

During the final stage of the pilot, we undertook individual, semi-structured interviews with a sample of four students to explore their experience with using the 360-degree video and its impact on their understanding of practice.

Preliminary results of this project suggest that the immersive, embodied nature of the 360-degree experiences supports students’ understanding of pedagogical practice in a number of ways. Perhaps the clearest theme emerging is that of spatial situatedness, as students feel as though they are physically in the classroom when engaging with the 360-degree experiences: the embodied feeling of ‘being there’ (Heidegger , 1962). For example, one student commented: ‘It was really enjoyable being able to sit in on a class… it really did make you feel like you were there.’ This is particularly significant for the context of ITE, where it is not always easy to facilitate students’ access to classroom environments. Students were able to engage with the lesson without disturbing the children or teacher, thereby experiencing a more ‘realistic’ classroom dynamic. Further, students had the agency to explore particular spaces within that classroom; one student commented: ‘If something else was going on in a different area you could watch that back, whereas if it was just 2D then you’d have to focus on just one part of the room.’

A second advantage of the immersive, embodied nature of the 360-degree experiences was that of supporting students’ understandings of the wider narrative of scene-setting within a lesson. For example, one recorded lesson involved the use of a bakery setting for a Year 2 lesson on fractions. As students experienced the classroom, they were better able to understand the significance of this narrative as a pedagogical decision; for example, one reflected: ‘Getting them to think that they’re actually in a bakery… setting the scene [was] good because it enticed the children into what they were going to be doing… it was more creative and exciting.’

Beyond the narrative, the use of the 360-degree experiences allowed students to better understand the decision-making processes of the teacher, both in their planning and in their in situ responses to the fluid happenings of the classroom. For example, one student reflected: ‘[the commentary] was really helpful. Like when she said that in order to help the child she had to [model] what she wanted them to do, I wouldn’t have picked up on that because I was too busy focusing on other things.’ The commentary alongside the 360-degree video was particularly useful for supporting students to understand the nuances of classroom relationships, for example effective use of a teaching assistantAn adult that assists a teacher in the classroom (TATeaching Assistant - an adult that assists the teacher in th...). One student observed: ‘I didn’t see the TA at first… she was seamless… aiding the teacher in ways that we don’t think about.’ Another commented more broadly on a module in which they had watched examples of best practice maths and English teaching on standard video: ‘If we had done it [using 360-degree video], we’d have been able to pick out so many other things that you just miss when it’s on a flat screen.’

While these are only the results of a small pilot project, there appear to be significant implications for ITE practice. Firstly, even through engaging with a small number of 360-degree experiences, students were beginning to develop a more nuanced understanding of teacher pedagogical decision-making, both planned and in situ, in particular their use of classroom space to support pupils’ learning. We suggest, therefore, that were a range of 360-degree experiences embedded across the ITE curriculum, they would significantly support the development of students’ pedagogical practice. Secondly, the process of creating the 360-degree experiences itself is of benefit to the practising teachers who are recorded to provide the content. Previous work found that use of 360-degree video supported students’ reflection of their practice and, as a result, developed a more nuanced understanding of their teaching (Walshe and Driver, in review). In a similar way, teachers involved in this research were able to reflect more deeply on their practice; for example, one commented, ‘I really need to think about how I can stop the children being so passive during the modelled write’, and another, ‘That group don’t work as well together as I thought. They’re just being dominated by one child. I need to rethink my seating plan.’

However, this pilot also revealed a number of questions that need to be considered in future iterations of this project. First is the extent to which detailed teacher narrative should be incorporated within the 360-degree experiences. While the detailed reflections were of benefit for those students with little practical classroom experience, does this level of scaffoldingProgressively introducing students to new concepts to suppor... limit learning for others? One student suggested: ‘I would have liked to watch it without the commentary, as well, because I think that sometimes by indicating the things that you should be looking at you might miss out on things that the teacher didn’t see as important but someone coming from an outside perspective might think is.’ Perhaps as students watched more 360-degree experiences, they would need to have scaffolding removed so that they were given the opportunity to experience the lesson without commentary at first? The second point relates to the use of two 360-degree video cameras and how these support (or otherwise) the embodiment of students engaging with the 360-degree experiences. The 360-degree experiences included video from both the stereoscopic camera at pupils’ eye level and the second camera suspended from the overhead projector, the intention being to allow engagement with the space from different perspectives. However, this created a proprioceptive disjoint – a breakdown in immersion when moving from one viewpoint to another, particularly from the eye-level perspective to the suspended viewpoint. One student commented: ‘When you’re above that is really strange and I couldn’t get used to it; I wanted to see everyone, but I couldn’t.’ As such, consideration is needed as to how to use multiple 360-degree perspectives to provide a continuous embodied classroom experience. In our experience, 360-degree experiences have significant potential, not just within ITE, but also beyond it for teacher development per se; the next phase of our research aims to develop this in a wider range of subject and school contexts.