A good start: The pedagogical challenge of engaging prior knowledge for all pupils 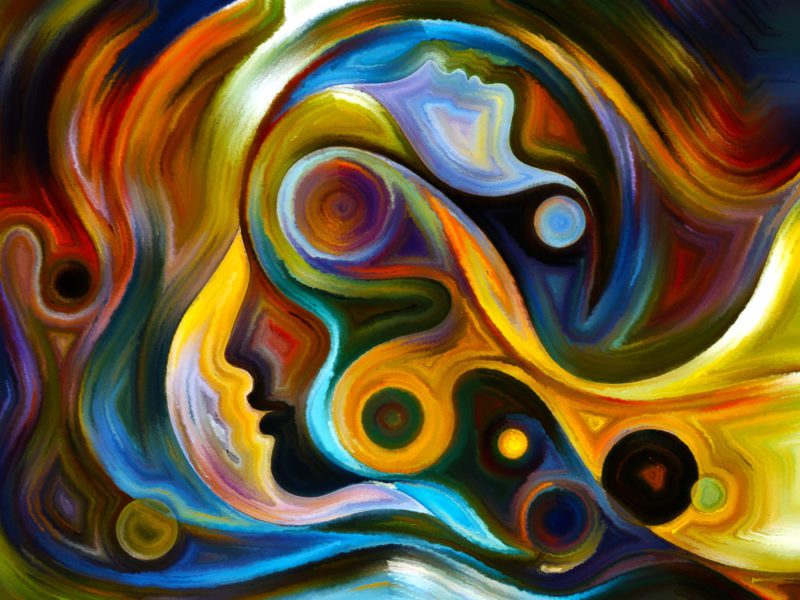 Prior knowledge is one of the most influential factors in learning (Ausubel, 1968, cited in (Hattie and Yates, 2014), p. 114). Whilst most teachers are aware that new learning refines prior knowledge and adds complexity to current understanding, a science of learning perspective positions prior knowledge as central to organising and reassembling new information in order to make it meaningful. This marshalling process occurs in the prefrontal region, an area of children’s brains that is typically slow in developing. Whilst children may possess the appropriate prior knowledge, they may not make connections between this and the new content, hence the importance of prompting children to recall previous learning before the presentation of new knowledge (Howard-Jone et al., 2018).

In the classroom, the extent to which children engage prior knowledge varies greatly. Some children require considerable support in recalling and applying what they already know to new learning. The quality of prior knowledge also differs and it is not uncommon to find older children nurturing deeply embedded misconceptions about earlier learning. The pedagogical challenge for the teacher is twofold: to engage every child in reactivating prior knowledge; and to assess the quality of that current understanding. A two-year project in four mixed-age primary classrooms (Year R to Year 6) developed a framework for devising activities that address these two problems in pursuit of effective learning.

Our starting point for the project was a critical look at current ideas around prior knowledge in the classroom. Some approaches to lesson design have tended to limit activation to a short lesson starter, affording a smooth entry into the next stage of the lesson. Typically, activities in this introduction might range from the simple ‘who can remember what we did last lesson?’ to more complex group tasks such as ‘list five key words covered so far’. A frequently encountered outcome is the tendency for the class to delegate responsibility for addressing these tasks to children who can be relied upon to produce the ‘right answers’. Occasionally, teachers might inadvertently reinforce this situation by recruiting these reliable answers as a means to move on. One conclusion of this review was that under current practice it was difficult to ascertain whether every child had reactivated prior knowledge at the point at which new learning was introduced. The development of introductory tasks sought to address this problem first.

Stage One in the project was to devise tasks that would require all children to take an active part in drawing on previous learning. At Year R/1, the results of short individual tasks on a theme were coordinated by the teacher – for example, the ‘post-it note’ poll, where children, working individually, were asked to identify their ideas of healthy foods through drawing and labels. Back on the carpet, the notes were collated on a blank board, the teacher skilfully drawing out the children’s ideas of key concepts whilst checking understanding. Year 2/3 children were engaged in group tasks using task materials divided amongst the group members. For example, using clauses on loose strips of paper, children in groups created ‘interesting’ sentences. The material was presented in a bag containing one clause each and a blank collation sheet.

At Year 4/5, rules and turntaking were used in a game format to ensure that all children participated. For example, a strategy game required teams of two players to deal out fraction cards and place them in turns onto a zero-to-one number line. The aim of the game was to place three in an uninterrupted row to win. At Year 5/6, group tasks used clever arrangements of pieces of paper to ensure participation. For example, one of five features of a text type were written on brown envelopes, which were then rotated around the five table groups. At each round, one child in turn was tasked with chairing a discussion on a definition for the named feature, which was then written up and placed in the envelope. In the final round, the envelopes were opened by the groups and each group chose the best definition.

The common element for all of these tasks was a system for managing activity that enables participation for all children. With the very youngest children, that system used a dissemination– collation method. The teacher introduced a theme and the children produced individual responses, which were then collated by the teacher back in the whole-class group. Increasing independence at the end of Key Stage 1 allowed the teacher to shape engagement around clusters. Material was disseminated amongst group members and the collation happened first at a group level before the teacher then drew those together with the whole class. At lower Key Stage 2, collation occurred as the resolution or outworking of a game. Number-lines, blank grids or simple board game formats become the focus for children working independently but directed by the rule-bound nature of games.

Older children’s increasing ability in cooperative skills supported progression from more tightly controlled tasks to a situation where the task was disseminated at the group level through looser, more flexible formats. This was the case for upper Key Stage 2 children, who enjoyed the dialogic nature of group work, where solutions were achieved through defining, ordering or evaluating knowledge. A simple rule-bound structure provided focus, the most popular being the brown envelopes with their ‘hidden’ contents that engaged children through a sense of intrigue or anticipation towards a final revelation.

In practical terms, key to manageability within time constraints was children’s familiarity with a limited number of task formats. Simplicity and adaptability to a variety of knowledge domains were features of the most successful formats. In each class, the same two or three formats were regularly used. Across the school, activation tasks were observed in English, maths, science, geography and PSHE. Over the course of the project, the pedagogical emphasis shifted from activation as a subsidiary introduction to a lesson, to activation as a task deliberately designed as part of the teaching sequence. Consequently, the original intention to adhere to the ten-minute lesson starter model was overridden by attention to the principle of activation for all children, resulting in tasks of varying length, some of which began to occupy the main bulk of a session. It became clear that these activation tasks were no longer appropriate as lesson starters. Because of their effect in engaging all children, the tasks had assumed greater significance as the starting point for a unit of work. Part of this shift arose as a result of revelations about the nature of children’s prior knowledge, drawing our focus to the second aspect, the varying quality of children’s understanding.

Stage Two was to adjust these basic designs in order to expose more of the thinking behind prior knowledge, making it available for sharing, challenging and improving. At Year R/1, this would generally occur when the teacher was collating results from the individual exercises. For example, controversial decisions were made by the teacher when grouping ‘post-it’ notes, or a carefully chosen ‘error’ in sorting was proposed. At Year 2/3, a second round of the group task would introduce contradictory information, incorrect examples or an exception to the ‘rule’. For example, a second round of sentences, set within direct speech, was presented to produce tensions between the rules for speakers’ and writers’ sentences. At Year 4/5, the design of familiar games would incorporate counterintuitive formats. For example, playing the fraction strategy game on a spiral numberline confounded the usual left– right concept of magnitude. At Year 5/6, the deliberate confusion of previously learnt strategies produced a subtle ‘bleeding’ of process rules between adjacent areas of knowledge. For example, within a set of worked examples of fraction calculations, one ‘red herring’ used the rules for addition to ‘solve’ a multiplication problem.

As the use of these activities progressed, teachers extended this scrutiny using perturbations in order to provoke misconceptions. Typically, these included misleading information, correct information related to a different aspect of the subject, or borrowing a misconception from a group for the whole class to examine. This latter approach showed clearly that misconceptions are rarely random and are readily understood by other children. Overall, the quantity and quality of thinking aloud across all age groups was the most marked feature of changes in learning behaviour.

What made these activities effective in activating prior knowledge for all children was the transition from a teacher-led lesson starter model to a more distributed dynamic framework. Many of these activities had their roots in the kind of structured play typical of the EYFS. For example, a favourite Year R/1 activity involved children ‘tidying up’ carefully selected collections of objects into a group tray with two, three or four compartments, revealing ideas of categorisation. The games used with older children shared the same purpose of working a process out towards a final resolution. In the context of the game, inequalities in prior knowledge became secondary to the group’s search for a solution. In this sense, games divert attention away from the tyranny of the right answer, creating a more open field for ideas of all qualities; true or false knowledge simply become matters of good or bad moves in the progress towards the resolution (for an interesting discussion on the role of play in learning, see (Cook, 2000), Chapter 7). Games encourage a more permissive context whilst preserving boundaries of behaviour because children willingly conform to the rules that constitute the game.

The end product was a design framework for a session focused on prior knowledge:

First-wave teaching needs to adopt a more complex approach to children’s current understanding in order to harness the benefits to learning of goodquality prior knowledge. This project illustrates the advantages of a science of learning approach, taking a scientific principle of learning and iteratively engaging it with the conditions of learning, identifying the constraints that will shape the teaching in pursuit of effective learning. This ‘critical theorisation’ ((Howard-Jone et al., 2018), p. 12) underpins another marked feature of the project: the change in the nature of the teaching. Allowing the project to evolve over six terms enabled teachers to develop a fluid and skilful switching between probing, challenging and confirming understanding in response to children’s thinking. Many of the later sessions observed were characterised by a spontaneous mix of questions, hypotheses and statements that gently nudged children towards better versions of essential knowledge. Whilst the activities appeared to increasingly resemble formative assessment tasks, the final outcome finds better expression in Vygotsky’s paradigm of dynamic assessment, where assessment and teaching seamlessly mix, bound by the parameters of children’s prior knowledge and the teacher’s subject knowledge (Lantolf and Pehner, 2010).

Acknowledgements are due to Angela Portman, Geoff Higgs, Julie Bray-Jones, Karen Rogers and Claire Noblet for their ingenious task designs.