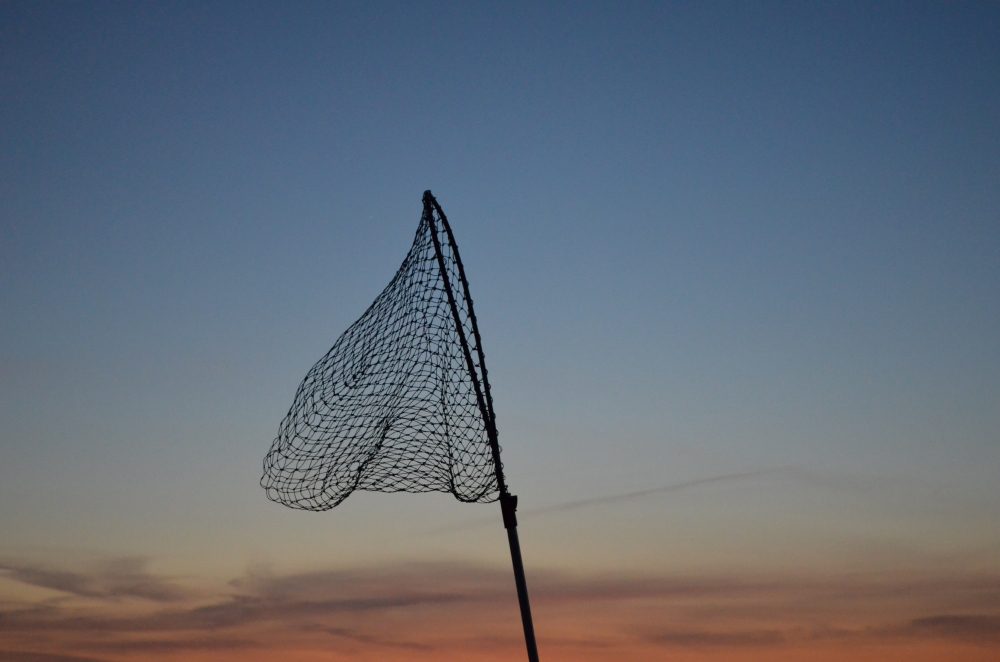 Most of us would agree that this is an example of education that develops students’ character. Agreeing what we mean by ‘character’, however, is more difficult. Is it about adhering to a set of moral principles? Or about resilience, self-control and the capacity to exercise leadership? Or about kindness and compassion?

Character, as Bill Lucas (2019) has noted, is ‘plural’, with ‘little agreement as to how plural it is, which ingredients are essential and which optional. At the extremes of interpretation, character can be either wholly about virtue and goodness or entirely about performing well in school or in life.’ (p. 4).

In this article, we trace some of these multiple meanings, setting them in the context of changing government policy. We then explore whether character is ‘caught’ (that is, part of the implicit learning that pupils absorb from the school environment) or ‘taught’ (that is, composed of a set of skills that are explicitly addressed as overt subject matter within the curriculum).

The history of character education

Character education has see-sawed in and out of education policy with dizzying rapidity over the last 10 years. Thomas Lickona (1993, p. 6) observed that ‘Character education is as old as education itself. Down throughout history, education has had two great goals: to help people become smart and to help them become good.’ But in the period just after the 2010 general election, helping students to become smart dominated. The coalition government had little to say about character, moving away from the previous government’s broad vision for child wellbeing towards definitions of the purpose of education focused exclusively on improving core knowledge and attainment.

The arrival of Nicky Morgan as Secretary of State for Education in July 2014 brought change. Arguing that ‘Just as important to the next generation’s future as getting a sound academic grounding, is ensuring they have the resilience and grit to deal with the challenges that life will throw at them’ (2015), she announced Character Awards for schools and a multi-million-pound grant fund for projects such as cadets, debating in schools and team-building activities. Major DfE-sponsored research projects (NatCen, 2017) sought to capture best practice in character development across the country.

In 2017, under Justine Greening, these programmes were closed, with character pushed to the sidelines until it emerged again a year later as a personal interest of Damian Hinds. Together with ‘academic standards to match key nations’ and ‘technical education to rival Germany’s’ (George, 2018), character education completed a trio of bullet points that explain what it means to have a world-class education system. Government set out five foundations for character education (sport, creativity, performing, volunteering/structured youth programmes and the world of work), the Character Awards for schools were relaunched and an advisory group was established to develop guidelines on character education.

These guidelines were published, to little fanfare, in the autumn of 2019 (DfEDepartment for Education - a ministerial department responsi..., 2019) under Damian Hinds’ successor Gavin Williamson, who has expressed interest in character as it relates to employability in particular. Rather more influentially, the new 2019 OfstedThe Office for Standards in Education, Children’s Services... inspection framework includes a judgement on the extent to which ‘the curriculum and the provider’s wider work support learners to develop their character – including their resilience, confidence and independence’ (p. 11).

The emphasis in much government policy to date has been on the type of character-building that includes resilience, respect, responsibility and determination (Gross, 2011), with definitions of character often involving mental toughness rather than a broader-based understanding that encompasses values such as compassion and responsibility.

Driven by rigorous accountability for academic standards, schools have been quick to pick up on the grittier end of character development, with extensive programmes on growth mindsetThe theory, popularised by Carol Dweck, that students’ bel... and learning from failure. Yet a number of substantive meta-analyses (Van Poortvliet et al., 2019) suggest that attributes like emotional awareness and empathy are key predictors of improved attainment, just as much as focus, persistence and self-belief. Other research (see Center on the Developing Child at Harvard University (nd) for a summary) finds that resilience requires relationships, not rugged individualism; character is a matter of the interpersonal as well as the intrapersonal.

A second issue is that national policy has often focused on out-of-class opportunities to build character. Valuable as these are, the prevailing culture dictates that students (and their teachers) generally only attend properly to what is considered important enough to be allocated curriculum time. The old adage ‘if it isn’t happening in the classroom, it isn’t happening’ still holds.

A model for character education

Bearing these factors in mind, we can consider what effective character development might look like in our schools. It would:

These are the characteristics of character development at Surrey Square Primary. The school’s values (responsibility, respect, enjoyment, community, perseverance, compassion and excellence) are collectively owned by children, parents and staff. Each value has its own character (‘Rafa Responsibility’, ‘Percy Perseverance’ and so on) and its own story.

Each half-term there is a focus on one of the values. Weekly whole-school assemblies introduce them, followed by half-hour class-based assemblies that use puppets, films, books and smartboard lessons to bring the value alive. Work on the value is also embedded within the subject curriculum. Each child has their own Core Value Journey Book. Children annually assess how well they are doing in discussion with their teacher, and record their cumulative progress from Year 1 to Year 6. Older children can become school ambassadors for a core value; they write an application describing how they demonstrate it, and go through a formal selection process involving interviews.

Forty-four per cent of pupils are eligible for free school meals. Ten per cent live in desperate poverty but are unable to access any state benefits. Yet reading, writing and maths outcomes at the end of Key Stage 2 are all well above national averages, and behaviour is exemplary.

Many policy approaches to character are based on a model of traits and dispositions that can be cultivated through advocating virtues and providing extra-curricular opportunities in which they can be applied, rather than a model of knowledge and skills that can be taught. Yet if children are to be resilient in the face of challenge and difficulty, they need first to be able to understand and manage the strong emotions that they will experience. If they are to serve others in the community effectively, they need to have some empathy with those whom they are seeking to serve. If they are to undertake team challenges, they need first to learn how to work effectively in groups.

Knowledge and skills like these can indeed be taught. They can form part of curriculum intent, implementation and evaluation. This the message of the Education Endowment Foundation’s ‘Improving social and emotional learning in primary schools’ guidance report (Van Poortvliet et al., 2019). The report highlights five distinct character components common to evidence-based character programmes: self-awareness, self-management, social awareness, relationship skills and decision-making. It then extracts from these programmes simple, doable strategies to teach these skills and underpinning knowledge in the classroom, alongside the whole-school systems and processes that give pupils opportunities to apply their learning.

For example, self-awareness can be developed by creating a ‘feelings board’ in the classroom that students use to articulate how they are feeling at the start of the day. Self-management can be taught using simple breathing exercises or the ‘turtle technique’ (retreating into a metaphorical shell) until you are calm. Empathy can be developed in English lessons in which a pupil adopts the role of one of the characters in a novel and, sitting in a ‘hotseat’, is asked questions about what they are thinking and feeling. Social awareness can be taught through modelling and unpicking good and poor communication, and responsible decision-making through teaching a formal process to identify solutions that work for everyone involved or a protocol for responding assertively to peer pressure.

Whole-school systems to support skill development might involve the provision of calm-down spaces in classrooms and elsewhere, friendship stops in playgrounds to encourage children to notice anyone standing alone and sweep them up into their games, systems in which older pupils take a defined role in buddying younger ones, restorative justice practices in which pupils have to understand the consequences of their actions and make reparation, and approaches to learning that involve students setting themselves their own stretching goals and being mentored to find ways to cope with setbacks.

There has never been a time in which young people were more in need of character development. Tristan Harris, former design ethicist at Google and now president of the Center for Humane Technology, considers that we are in the throes of ‘an invisible climate change of culture caused by technology companies that view the world’s 2.7 billion smartphone users as a resource whose attention they can mine for profit. The resulting competition (“attention capitalism”) is making us nastier, stupider and much less likely to find common ground with our fellow humans.’ (Hoyle, 2020)

In the face of this change, we can no longer afford to define character in terms only of grit, persistence and focus, or view it through the single lens of its contribution to higher academic attainment – character in the service of better test and exam results. The children we educate need more from us if they are to make wise decisions in an increasingly challenging context.

As educators, we might perhaps now seek to ‘reclaim’ character, redefining it as nobody’s servant but central in its own right as a key contributor to both our curriculum and a better future for our young people and our communities.

Center on the Developing Child at Harvard University (nd) Resilience. Available at: https://developingchild.harvard.edu/science/key-concepts/resilience (accessed 27 May 2020).

Hoyle B (2020) The Silicon Valley insider who says turn off your phone. The Times Magazine, 4 January, 20. Available at: www.thetimes.co.uk/article/the-silicon-valley-insider-who-says-turn-off-your-phone-rwspxt6xr (accessed 27 May 2020).

Lucas B (2019) Character education in schools: An initial overview of some frameworks and associated implementation issues. Eton Journal for Innovation and Research in Education 3: 4–9.

Morgan N (2015) Why knowledge matters. Speech given at the Carlton Club, London, UK, 27 January 2015. Available at: www.gov.uk/government/speeches/nicky-morgan-why-knowledge-matters (accessed 27 May 2020).

Ofsted (2019) The education inspection framework. Available at: https://assets.publishing.service.gov.uk/government/uploads/system/uploads/attachment_data/file/801429/Education_inspection_framework.pdf (accessed 27 May 2020).