Effective learning: Beyond the traditional/progressive Punch and Judy show 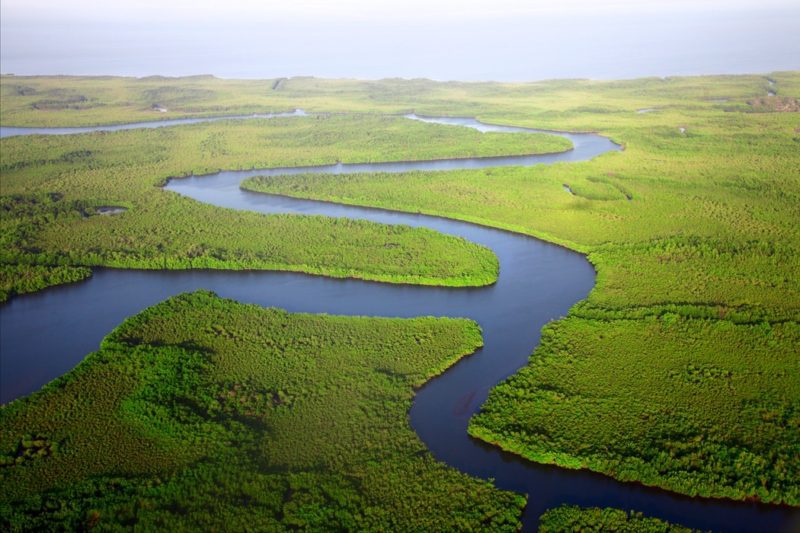 What does it take to be an ‘effective learner’? The answer depends on two things: what kind of learning you are talking about and the model – the psychology – of learning that you (consciously or unconsciously) subscribe to.

By ‘effective learning’ some people mean only ‘good at the kinds of learning that get you good grades in school’. But many others, of whom I am one, mean something bigger than that. In our view, schools should not just be aiming to turn out expert examination-passers, nor judge their success solely by exam results and university entrance, but should be arming young people with the confidence, the capacity and the appetite to engage with difficult things throughout their lives.

When they leave school and go on to college, university or an apprenticeship, they will no longer be shepherded along by dedicated teachers who know them well, keen to show them how to get the grades they need for the exam; they will need reserves of resilience and resourcefulness to manage their own learning and sort things out for themselves. Throughout their lives they, and their communities, will benefit from that independence of mind and robustness of spirit.

To be good at lifelong learning requires some knowledge, and a good deal of skill and technique. But it needs something more – a set of positive attitudes towards learning itself. You have to not be frightened of learning, not stuck with the belief that ‘I’m no good at maths (or drawing, or reading)’, not rattled by being confused, not giving up quickly for fear of looking or feeling stupid, not being addicted to ‘one right way’, but agile and resourceful enough to explore different avenues until you hit on one that is truly satisfying. To call these attitudes ‘skills’ – 21s-century skills, noncognitive skills, soft skills, and so on – is a misnomer (Claxton et al., 2015). They are broader, deeper and more personal than that. They are stances, ways of meeting the world when it gets tricky. Do you tend to shrink back, becoming anxious, defensive or dogmatic? Or do you tend to ‘lean in’ to uncertainty with a curious, adventurous and buoyant spirit?

The evidence suggests that the pursuit of this noble aim will also help young people get the best grades they can (Claxton, 2018). Powerful learners suck up the learning they need more intelligently and effectively than those who are bright, but become brittle and insecure when faced with demanding challenges. Many high-achieving youngsters, both girls and boys, like being successful, but quickly go to pieces when the going gets really tough. I know; it happened to me in my second year chemistry course at Cambridge University. For us, as well as for those who failed their GCSEs, school did not do a good enough job.

With a more accurate psychology of learning, however, we can see that schools could do better. The old psychology of learning saw achievement as basically the product of academic ability, effort and good teaching. Ability you could do nothing about, so improvement was down to better teaching and trying harder. But just ‘trying’ is a rather opaque notion if it is not accompanied by any more useful ideas about strategy – how to try. And ‘intelligence’ is not a single fixed commodity. It is woven of multiple threads, most of which are either strengthened or weakened by the diet of experience children receive from the cultures they inhabit. Lauren Resnick, doyenne of American intelligence researchers, in a famous article called Making America Smarter, defines intelligence as ‘the sum total of your habits of mind’ (Resnick, 1999). And though there may be some constraints on your personal genetic envelope, those epistemic habits are shaped and re-shaped by the world in which you live.

It is commonly, but quite unnecessarily, assumed that the development of these three domains – knowledge, skills and epistemic character – are somehow at odds. ED Hirsch and others see ‘skills’ (in which they unhelpfully include attitudes) and ‘knowledge’ as involved in a tug-of-war competition for time and attention in the curriculum. If you talk about ‘life skills’, they believe that must mean you no longer care about algebra and Shakespeare (see, for example, (Christodoulou, 2014)). Research suggests, however, that these domains are better thought of as layers of learning, all of which are simultaneously active in every classroom, all the time ((Lucas and Claxton, 2010); (Ritchhart, 2002)). They are like the layers of flow in a river. Knowledge is on the surface of the stream – visible, relatively fast-moving, and relatively easy to identify, package and assess. Skills, literacies and forms of disciplinary expertise – thinking like a scientist, a historian or a gymnast – are a little lower down, and slower to develop. And in the depths of the river, slower still to form, harder to see, but at least as important in the long run, attitudes and mindsets towards learning itself are constantly being shaped.

Different aspects of pedagogy are important at the different levels. To instil reliable knowledge and understanding, teachers have to ‘know their stuff’, explain it clearly, ask good diagnostic questions and mark work promptly and accurately. Those traditional teacherly virtues clearly have their place in any classroom. To cultivate good skills – as any skilled practitioner (like a mentor or a sports coach) knows – you have to design activities that require expertise to be stretched and consolidated through practice, and you have to give clear feedback on progress. Those pedagogical skills, too, every teacher needs. But down at the third layer, where epistemic character is being formed, other aspects of the teacher’s craft come to the fore. It appears that what matters most here is the implicit cultural messages that teachers transmit in a whole variety of ways. They include the layout of their classroom, the displays they select, the kinds of questions they encourage, the kinds of formal and informal assessment they use and the attitudes towards learning that they themselves model ((Claxton, 2018); (Ritchhart, 2015)).

Every teacher is active at the third layer. You can’t not be. Your manner matters, and the medium is the message. Do you make time for your students to flounder, think and talk – do you encourage them to work things out for themselves? Or do you think, ‘Oh, it’s much easier if I just tell them’, and rescue them with a clear explanation at the first sign of difficulty? If you do the former, you are steering those young minds towards self-reliance, resilience and curiosity. If you do the latter, you may well be encouraging compliance and dependency – and then, over coffee, bemoan the fact that they ‘want spoonfeeding’. There aren’t many teachers whose purpose in life is to deliberately foster passivity, fear of making mistakes, and an extrinsically-motivated attitude towards learning. Yet many have inadvertently steered their students down that path. To my shame, I now see that I used to teach like that myself.

Teachers need to be both skilled and conscious about the things they do and say that affect learning at each of the levels – especially the third. We need to see ‘character development’ not as an addendum to – or distraction from – the core business of knowledge transmission, but as a subtle yet inevitable consequence of our teaching style. We need to deliberately design our classrooms and tailor our style so as to encourage the growth of positive learning dispositions, and not to do the converse by accident. We should be thinking about how to knit ever more tightly together the broad ambitions we have for our students – what we want them to be like when they leave us – with the fine details – what William Blake called the ‘minute particulars’ – of classroom practice. We need schools to be coherent through and through, and not just nod at their values with a few fine words in the ‘headteacher’s welcome’ on the website, while leaving routine pedagogy unexamined. On this view, a primary role of all school leaders is to be the head pedagogical coach, not just worrying about those members of staff who might give ‘cause for concern’ but up-levelling pedagogical practice relentlessly across the board – with the dual objectives of improving both achievement and epistemic character constantly in mind.

This approach to pedagogy, school leadership and in-house professional development has been germinating, over the last 25 years or so, in a variety of different research and development groups around the world. Several are spin-offs from Harvard University’s long-running Project Zero, including Studio Thinking (Hetland et al., 2007), Cultures of Thinking (Ritchhart, 2015), and the chain of highly successful and well-researched Expeditionary Learning Schools (now called EL Education) (see (Berger et al., 2016)). There is the pioneering Habits of Mind approach in the USA (Costa and Kallick, 2009) and also the venerable Project for the Enhancement of Effective Learning (PEEL) led by a team of researchers and practitioners at Monash University in Australia (Baird and Northfield, 1992). There is the UK work on Building Learning Power by myself and my colleagues ((Claxton, 2002); (Claxton et al., 2011)), the Cambridge University-led project on Learning without Limits (Hart et al., 2004), and the robust Cognitive Acceleration through Science and Mathematics Education (CASE and CAME) projects from King’s College London (Shayer and Adey, 2002). There is also the extensive body of research and development from the International Baccalaureate Organisation on its Learner Profile (for example, (Peterson, 1972)). I call the common philosophy that unites these various initiatives The Learning Power Approach (Claxton, 2018).

The Learning Power Approach resolves many of the conflicts that currently exist between adherents of ‘traditional’ and ‘progressive’ approaches to teaching. Content and process, rigour and relevance are woven seamlessly together. We now have a coherent approach to pedagogy, which is:

With this in hand, it is perhaps time to call a halt to the phony war between single-minded ‘traditionalists’ and starryeyed ‘progressives’, and, in the interests of the next generation, rally round the robust, cohesive, practical, research-based middle ground.