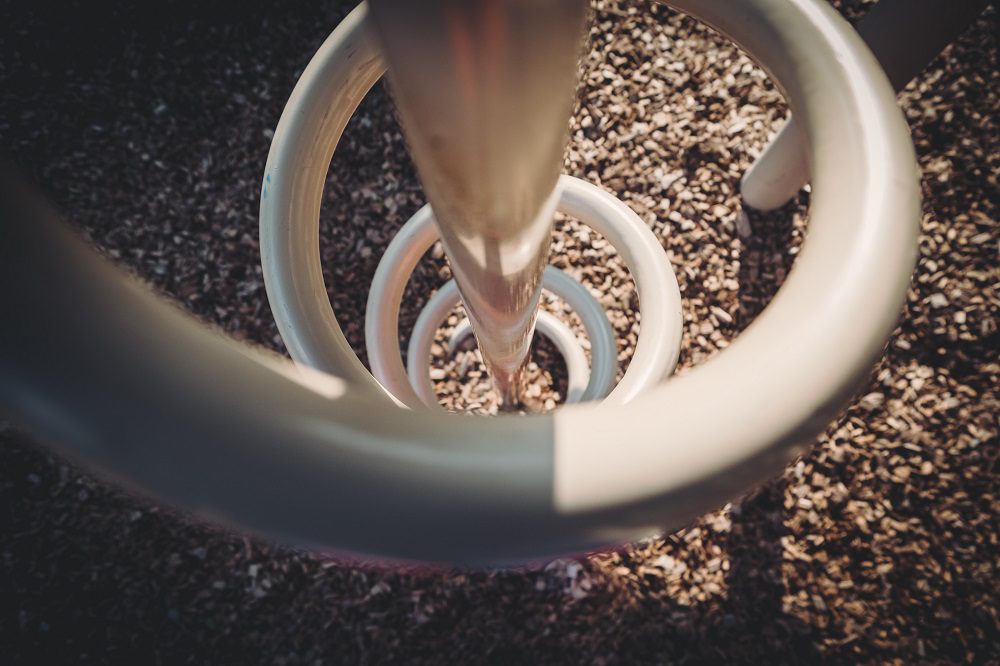 Cognitive load theoryAbbreviated to CLT, the idea that working memory is limited ... has led to the development of many instructional techniques for enhancing learning that are designed to prevent learners from overloading their working memory by eliminating wasteful cognitive load that is not essential for learning. However, the effectiveness of a particular teaching technique depends on the relationship between the characteristics of learners’ cognitive processes and their domain-specific knowledge base. As such, a technique that reduces working memory load for low-knowledge learners (e.g. by providing strong instructional support) might lose its effectiveness and may even bring negative consequences for more knowledgeable learners; they may learn better in an environment with minimal guidance. This is known as the expertise reversal effect, and is explained by the cognitive overload that learners may experience with a particular technique at a specific expertise level.

Our complex cognitive system consists of working memory as our major information processor, and long-term memory for permanent storage of organised knowledge. Working memory is limited in duration and capacity and only a few chunks of information are processed simultaneously (Cowan, 2001).

The organised knowledge structures (schemas) that are stored permanently in long-term memory effectively function as a means for overcoming the limitations to working memory     . Learning is a process of active reconstruction of existing schemas. During learning, relevant schemas stored in long-term memory are activated and integrated with incoming information in working memory, resulting in the construction of more advanced knowledge and skills. The available schematic knowledge also governs higher-level cognitive performance by generating problem-solving strategies. For example, if you know the answer to 25 x 4, the mental calculation of 25 x 25 x 4 becomes easier to achieve.

Cognitive load is the demand placed on a particular learner’s working memory resources of by specific cognitive tasks or activities. A recent model of the theory has suggested two types of cognitive load (Kalyuga, 2011). Intrinsic load is productive cognitive load determined inherently by the intellectual complexity of learning materials or activities that are required for achieving a specific learning goal by a particular learner. This load is associated with essential learning activities like comprehending the learning tasks, establishing connections between interacting elements of information, and constructing new schemas by incorporating new pieces of information (Paas, Renkl and Sweller, 2003).

Learning strategies used to achieve deeper understanding, such as engaging self-explanations (Atkinson, Renkl,& Merrill, 2003) and studying worked examples (Paas & van Merriënboer, 1994), might increase the complexity of a learning task by raising the number of interacting elements of information and therefore generate a higher intrinsic load. As intrinsic load directly contributes to learning, it should be maximised for guiding learners to higher-level skills. However, intrinsic load should also not exceed a learner’s cognitive limits (determined by working memory capacity).

Contrary to the productive intrinsic cognitive load, extraneous load requires learners to engage in cognitive activities that are not related to learning and should be minimised (Kalyuga, 2011; Sweller et al., 1998). An example of a typical source of extraneous cognitive load is processing redundant information that can easily be generated in the context of multimedia instruction, such as when presenting a diagram with the same spoken and written explanation concurrently, forcing learners to devote additional cognitive resources to cross-referencing the information (for example, see Mayer, Heiser and Lonn, 2001).

The expertise reversal effect occurs when the relative effectiveness of different learning conditions reverses with changes in the level of learner expertise. It should be noted that the term ‘expertise’, in this context, refers to narrow, task-specific expertise rather than genuine high-level professional expertise. In cognitive load theory, the term typically indicates relative standing in the low–high knowledge continuum when referring to learners with more advanced knowledge in a specific area (Kalyuga, 2007).

Multiple units of information that need to be processed individually in working memory by a less knowledgeable learner can be encapsulated into a single entity (a schema) for an advanced learner, leaving sufficient working memory resources for complex tasks. Advanced learners might therefore experience less cognitive load than less knowledgeable learners when performing high-level cognitive tasks because of this chunking effect. When relevant schemas are unavailable, novice learners might approach the problem by using general search-based strategies, such as trial-and-error attempts that demand excessive cognitive resources (Kirschner et al., 2006).

Accordingly, the level of cognitive load and its classification as intrinsic or extraneous load are relative to the learner’s expertise level. Therefore, the effectiveness of the same learning materials will vary as a result of different levels of prior knowledge. For instance, when experts deal with a familiar type of problem, relevant schemas and routine problem-solving procedures are activated for working out the solution. This generates intrinsic load, which is essential for solving the problem. Studying worked examples may require experts to cross-reference external support materials with already-learned procedures. They could therefore be distracted from fluent cognitive processing that takes full advantage of their existing knowledge structures and could have working memory overloaded by additional, extraneous activities. In contrast, learning may be more effective for novices when they are provided with direct and complete instructional support – for example, in the form of worked examples with detailed solution steps (Renkl, 2005). This may prevent extraneous search-based activities and generate productive intrinsic load, essential for constructing missing schemas.

For example, Oksa et al. (2010) found an expertise reversal effect caused by co-referring text with another piece of text when comprehending a complex literary text. Novices learned better in a condition that provided original Shakespearean play extracts with embedded line-by-line modern English translation and explanatory interpretations than they did in a condition that provided the original text only. However, the relative effectiveness of the two conditions reversed with highly skilled Shakespearean experts. The Shakespearean experts in the group with integrated explanatory notes reported higher subjective ratings of cognitive load. They were unable to avoid cross-checking the accuracy and validityIn assessment, the degree to which a particular assessment m... of the explanations with their own interpretations, distracting them from directly analysing the original text. This example shows that the positive effect of using integrated formats for novices may reverse for more advanced learners, demonstrating an expertise reversal effect. If a single representation of information is sufficient for more knowledgeable learners, the additional information should be removed.

A study that investigated the long-term effectiveness of using cognitive and metacognitive learning prompts for assisting university students in writing learning journals in a psychology course provides another example of the advantage of guidance for novices that diminishes as learners become more knowledgeable (Nückles et al., 2010). Journal writing is useful in organising learners’ newly acquired knowledge and deepening understanding. Novice journal writers benefited from prompts that were used to stimulate their writing at the initial stage of learning in comparison with a control group without prompts. However, when the learners became relatively more knowledgeable in the second half of the semester, no differences were found in learning outcomes between the two groups. In fact, the more experienced learners were less motivated to write the learning journals when prompted, and invested less effort than those in the no-prompt condition. As learners became familiar with or internalised the writing strategies, the external guidance became redundant and interfered with learners’ tendency to apply the strategies.

The expertise reversal effect suggests that learning materials and tasks should not be considered in a one-for-all fashion. Designs that provide additional guidance for novices may not be suitable for advanced learners. Plenty of available instructional materials have been designed without taking into account learners’ cognitive characteristics based on their prior knowledge. Of course, in many real-world situations, the effect may not necessarily reverse entirely, especially if the novice–expert differences are not wide: some techniques that are beneficial for novices may not harm more knowledgeable learners (e.g. Kalyuga et al., 2013). However, in a number of cases, techniques that enhanced learning for novices had real negative learning impacts on more knowledgeable learners.

The expertise reversal effect does not imply a reduction of the actual level of expertise for expert learners (as the name of the effect may suggest), though. Even in the cases of full reversals, the experts still usually perform better than novices in all the compared conditions. What actually reverses is the relative effectiveness of different instructional techniques at different levels of learner expertise.

The expertise reversal effect also implies that to optimise learning effects and learning efficiency, it is essential to develop procedures for diagnosing learners’ current knowledge levels and adjust appropriate instructional conditions accordingly, as learners’ expertise gradually changes during learning. For example, Nückles et al. (2010) suggested a gradual and adaptive fading-out of the prompts method to overcome the expertise reversal effect when using instructional prompts for enhancing competency in writing learning journals. The prompts were gradually faded out over a few learning stages for each individual student, according to her/his performance in the previous stage. Results demonstrated that students in the fading-out group outperformed the permanent-prompts group.

The level of learner expertise is a major factor influencing the relative effectiveness of a particular learning technique. The critical role of this factor is reflected in the expertise reversal effect, which has been replicated in empirical studies using a wide range of learning materials and tasks, with participants ranging from young school children to adult undergraduates. The main instructional implication of the effect is the need to develop an adaptive learning environment in which learning materials are tailored in accordance with learners’ current levels of achievement, based on an understanding of different levels of learners’ prior knowledge.

This article is an edited version of the following chapter: Lee CH and Kalyuga S (2014) Expertise reversal effect and its instructional implications. In Benassi VA, Overson CE and Hakala CM (eds.) Applying Science of Learning in Education: Infusing Psychological Science into the Curriculum, pp. 31–44. Available from the Society for the Teaching of Psychology website: teachpsych.org/ebooks/asle2014/index.php

Kirschner PA, Sweller J and Clark RE (2006) Why minimal guidance during instruction does not work: An analysis of the failure of constructivist, discovery, problem-based, experiential, and inquiry-based teaching. Educational Psychologist 41(2): 75–86.