It’s not rocket science – it’s more complex than that! 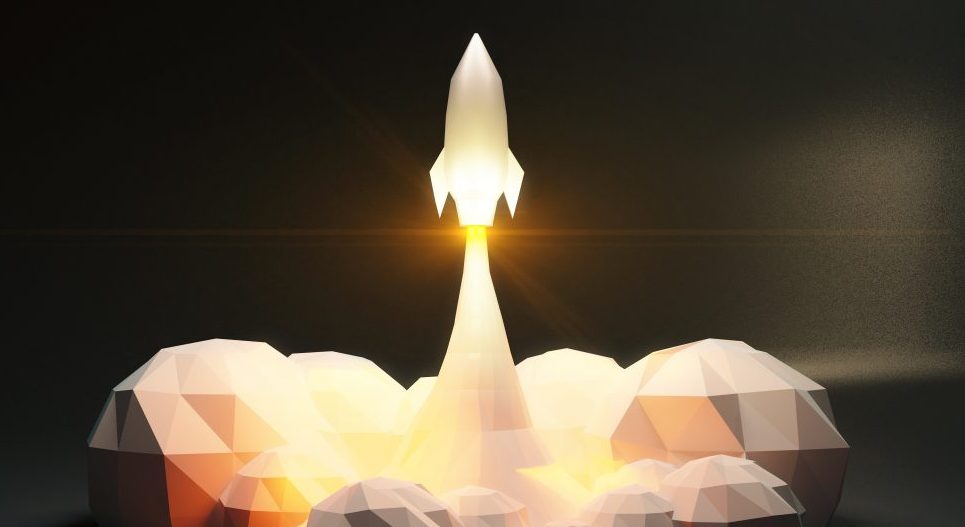 It was at the British Educational Research Association’s (BERA) Annual Conference 2017 that I heard a delegate make the witty remark, ‘teaching’s not rocket science – it’s more complex than that!’. This nicely summed up the general feeling at the conference that teaching is not a simple ‘input-output’ process that can be perfected through research. As an English teacher who has completed a Master’s in Education, and now studying for a PhD, I am all too aware of the complexities of both research and teaching, and am under no illusions that the former could simply solve the challenges of the latter. I am interested in teachers’ research engagement. According to a recent evaluation by the Department for EducationThe ministerial department responsible for children’s serv... (Department for Education, 2017), this is not about teachers relying upon scientific advancements to solve problems but about teachers actively engaging with research to make informed decisions as professionals.

There is no doubt that insights from the science of learning provides vital knowledge for teachers. Indeed, a recent research and strategy report on Initial Teacher Education (ITE) uses the term ‘science of learning’  throughout, with the caveat that scientific evidence should not be considered ‘plug and play’ (Teach First, 2017). Instead, the guide for school-based teacher educators advises that practitioners should be enabled to appraise and adapt scientific theory, based on their own professional judgement.

Why, then, do Greening (Greening, 2017) and others focus upon discovering ‘what works’, so this can be replicated to produce the desired effect elsewhere, as if it is as easy as that?

The notion that scientific research can reveal ‘what works’ has gained momentum in recent years, prompting a number of responses offering an alternative perspective, such as Biesta’s article Why ‘what works’ still won’t work (Biesta, 2010). This is not a new proposition; back in the 1970s the education world was warned that ‘it cannot be known with any assurance that a teacher behaviour that correlates with a kind of pupil achievement is the cause of that pupil achievement’ (Gage, 1978). Gage’s book, The Scientific Basis of the Art of Teaching, raised the issue about evidence from a simple two-variable relationship being used to form educational decisions elsewhere, yet the argument that social situations require more complex thinking is still overshadowed by ‘what works’.

More recent conceptualisations of knowledge about teaching have suggested that because teaching is so personal, educational research cannot claim to provide a solution that works for all. Moss (Moss, 2016) puts this nicely when saying ‘any form of research can show us something, none will show us everything’. Indeed, it must also be remembered that ‘what works today may not work tomorrow’ (Whitty, 2016) so there is never a definitive answer. Though problems cannot be solved, teachers could be empowered to engage with the evidence from research to make informed decisions that make sense in their current context, as other professionals do.

It seems like the only way to acquire knowledge about learning now is through randomised controlled trials (RCTs) that reveal the ‘best’ interventions for teachers to implement. Since the 1980s, there has been a concern that, by adopting the engineering or medical model of RCTs in education, ‘evidence would replace opinion and the influence of arbitrary personal values would be eliminated’ (Carr and Kemmis, 2002). Could this explain the educational ‘fads’ that have an apparent scientific basis but just do not feel right in your classroom?

More than thirty years ago, Goswami and Stillman (Goswami and Stillman, 1987) thought that the nature of educational research was actually changing and rejoiced that measuring the effects of different ‘treatments’ in trials, as in the medical model, was not as dominant. Look at the current language used by the Education Endowment Foundation (EEF), and the return to the medical model is evident, with the use of words such as ‘dosage’ and ‘prescribed’ (see (Education Endowment Foundation, 2016), for example). Petty (Petty, 2014), whilst praising the volume of evidence that is now available from RCTs, also reminds that ‘very successful procedures have been discovered without science in medicine, agriculture and education. We mustn’t abandon our intuition or our own evidence’. It must also be pointed out that there is actually still a debate in the medical profession of trials being used (Whitty, 2016). Surely there is another way more suited to education…

Back in 1978, Gage called the science of teaching ‘erroneous’ but did advocate the intelligent use of research, which he saw as an art, just like teaching. To clarify, he defined ‘science’ as using available knowledge to predict results, which he was sceptical of in the context of the classroom. Using research, however, requires judgement, intuition and insight; the skills that teachers acquire throughout their careers. It is not as simple as relying upon science to provide solutions, therefore, and the professional knowledge of teachers should not be underestimated.

Hammersley (Hammersley, 1997), responding to arguments for the use of scientific evidence in education, pointed out that research use is not always the best course of action in teaching. In his rejoinder, Hargreaves (Hargreaves, 1997) clarified that the ideal is not for teachers to make judgements based upon evidence alone, rather, to combine research with experience ‘to enhance, not displace, the sophisticated skills involved’ in teachers’ decision-making.

This was still not the case more than a decade later, leading to Cochran-Smyth and Lytle’s (Cochran-Smith and Lytle, 2009) remark that ‘the current regime of scientifically based research and evidence-based education positions practitioners as the recipients of other people’s knowledge’. The art of professional intuition was still being overlooked. Claims that research offers transferable solutions based on probability and generalisation also prompted Eliot (Eliot et al., 2009) to lament the ‘loss of information about the particularities of teaching situations that teachers need to take into account in developing their teaching strategies’ (Eliot et al., 2009). One does not simply programme a standardised ‘TeacherBot’ to change the lives of the individual young people in their charge.

It must be remembered that education was considered a discipline of philosophy at first but due to the desire to find ultimate answers to questions of pedagogy, it was thought best to view education scientifically (Carr and Kemmis, 2002). This ‘big R’ Research, as Goswami and Stillman (Goswami and Stillman, 1987) put it, was seen as inadequate if teachers are not granted the space to think carefully about the implications. Over 30 years on, are we philosophers or technicians?

The dominance of the ‘science of learning’ reinforces the perception that teaching is merely a technical endeavour but, as Cochran-Smith and Lytle (Cochran-Smith and Lytle, 2009) maintain, it is so much more than this and ‘practitioners are legitimate knowers and knowledge generators, not just implementers of others’ knowledge’. Winch et al. (Winch et al., 2013) see teaching as consisting of tacit understandings and reflective thinking as well as technical information but surmised that until teachers are given the space and the capacity to think deeply about the evidence they are bombarded with, teachers cannot be philosophical. As Ball, Maguire and Braun (Ball et al., 2012) put it, teachers remain ‘ciphers’ who merely ‘implement’.

Science needs us just as much as we need science!

Goswami and Stillman (Goswami and Stillman, 1987) warned that ‘if the questions and the answers are not continually reformulated by those who are working in the classroom, educational research is pointless’. They suggest that teacher input is necessary to illuminate the scientific experiments conducted by external researchers. Others agree that scientific evidence is not the end product and, in fact, ‘the final court of judgement is not academic research, but what works in your classroom’ (Petty, 2014). This is echoed in the report published by the British Educational Research Association and Royal Society for the Arts (British Educational Research Association, Royal Society for the Arts, 2014), which highlights the ‘need to include evidence from elsewhere, especially from our own classroom’. Perhaps this could be done through action research facilitated by the Chartered College of Teaching.

This rise of open access and summaries provided by the EEF and MESH guidelines mean that the science of learning is at our fingertips, but let us not devalue the importance of teacher judgements, which are also crucial in translating theory into useful practice (see Sarah Younie’s 2017 BERA blog for how you can get involved in this, (Younie, 2017)). Whitty (Whitty, 2016) noted that ‘translational’ research involving the use of developments in science is used all the time in nursing but there is no appropriate infrastructure for this to be possible in education. I see the College as providing this infrastructure. Giving members access to academic research is a starting point and the Chartered Teacher Programme offers the additional opportunity for teachers to research for themselves ‘the best ways to help children succeed in specific contexts’ (Chartered College of Teaching, 2015). It is not easy and that is why the science of learning needs to be supplemented by the complexity of teacher knowledge.