Primary school children becoming researchers: the use of inclusive inquiry 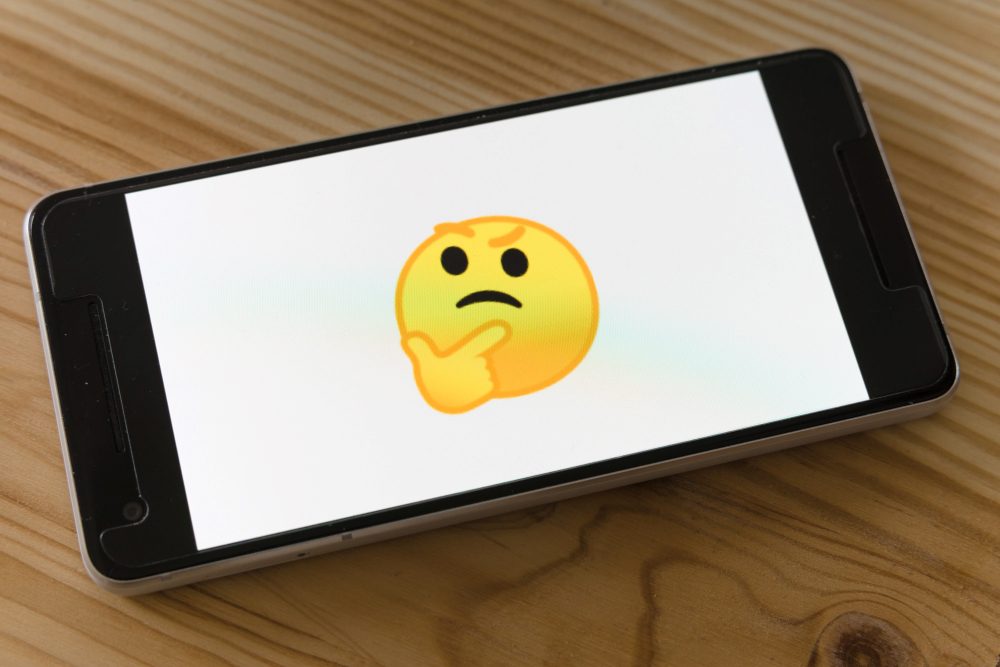 Since the UN Convention on the Rights of the Child (United Nations, 1989), there has been growing interest in the idea of focusing on students’ voices in order to facilitate improvements in schools. Cook-Sather (2006) argues that ‘“voice” signals having a legitimate perspective and opinion, being present and taking part, and/or having an active role’ (p. 362). Reflecting these concerns, this article reports findings from three cycles of collaborative action research that focused on finding ways of including all children in lessons, particularly those seen as ‘hard to reach’. Central to the approach developed through the project is the idea of teachers engaging with the ideas of students.

Funded by the European Union between 2017 and 2020, the study involved 30 primary schools in five European countries (Austria, Denmark, England, Portugal and Spain) in using inclusive inquiry, an innovative approach based on our earlier research (Messiou and Ainscow, 2015; Messiou and Ainscow, 2020; Messiou et al., 2016). The approach involves teachers and children working together to co-design lessons that are inclusive. What is distinctive, however, is the involvement of some students as researchers: collecting and analysing their classmates’ views about learning and teaching, and observing and refining the lessons in collaboration with their teachers. Small teams of university researchers in each country monitored the impact of this process.

The approach is inclusive at a number of levels. Firstly, it focuses on all students, particularly those that are seen as ‘hard to reach’, who take the roles of researchers. In addition, all the other children contribute their ideas to the design of lessons. This involves taking into account and responding to diversityThe recognition of individual differences in terms of race, ... of views. Most importantly, the lessons focus on enabling all students to participate and to be included in the learning process.

In this article we use an example of developments from one English primary school to illustrate the impact on the children involved, as well as on the school’s practices and cultures.

Our earlier work has shown that engaging with the views of students can be a powerful factor in enabling teachers to think and act in new ways (e.g. Messiou, 2006; 2012). The study described here illustrates how this can be achieved through the use of inclusive inquiry, an approach that had emerged from our earlier work.

Inclusive Inquiry involves a set of interconnected processes, as shown in Figure 1.

In practice, Inclusive Inquiry involves teachers forming trios. Each teacher then chooses three students who will become researchers. These students are then trained by their teachers in order to collect their classmates’ views about learning and teaching. The information collected is analysed by the student researchers to inform the co-planning of a lesson by the teachers and student researchers that is then taught in each of the classes. These lessons are observed by the other two teachers and by student researchers from the other classes. At the end of each of the three lessons, student researchers analyse what happened with their teachers in order to make modifications for the next time that the lesson is taught, with a focus on ensuring that all learners are included in the learning process. In what follows, we illustrate what this looks like.

In one of the English schools, a trio of Year 3 teachers focused their action research on a lesson about the use of inverted commas. Nine student researchers collected their classmates’ views about what helps them to learn. Having analysed this information, they then designed a lesson with their teachers, taking into account everyone’s ideas. One of the strategies that they included in the lesson plan was the use of iPads.

Reflecting on their observations of what happened in the first trial of the lesson, the nine student researchers and three teachers had a discussion that included the following exchange:

T3: Oh yes, so we introduced the iPad as an option for children to use if they wanted to find out any more information about inverted commas or research. How do you think that went?

S1(G): I saw that while she [the teacher] was speaking, a lot of people weren’t listening – they were too interested in the iPad.

T3: Uh, they were, weren’t they? They were quite distracted by them I think. I felt as the teacher, I didn’t know if they were taking on board my instructions properly but also I feel that it distracted my children from maybe getting on with their tasks or at least having a go first of all before then looking but I don’t know. What do you think? Do you think they did the best work with their activities?

Responding to this request for more information, one student went on:

S2(G): I saw three people, like John, who did a few words and then did nothing.

T3: Uh, what were they doing instead?

S2(G): They were playing on the iPad.

T3: Okay, so they didn’t actually focus on their work in there but just focused on their iPad. What about other children? Did you see some people doing their work?

S2(G): Some people worked and some people didn’t.

S3(B): I found it distracting.

After a lengthy discussion as to whether the iPads helped or not, and whether they should be kept in the lesson, one of the girls suggested the following:

S3(G): Instead of using iPad you could get a video about inverted commas on the computer and you could check children then.

T3: Who agrees with C’s idea? What do you think?

This was an idea that was introduced in the next lesson.

Whilst keeping in mind variations that existed within the project schools across the five countries, the evidence collected by the university researchers points to some significant impacts. Most importantly, there was strong evidence that the involvement of children in inclusive inquiry led to noticeable improvements in their attitudes to learning. Put simply, students were more engaged in lessons and more positive about themselves as learners.

Whilst this was most striking in relation to those children who had taken on the role of researchers, teachers in some schools reported that they had seen similar impacts on other members of their classes. It was explained that students in general seemed to see themselves as having more active roles within classroom activities as a result of their having a say in the way in which lessons were designed and evaluated. As one of the teachers in the trio from the example above said:

Some of my children are more vocal to say: actually, this environment is really helping me with my learning or it’s too noisy; I really can’t concentrate; or just little things like that. These are children who wouldn’t have said anything before. It seems to give them a little bit of ownership of kind of sharing their views.

There was particularly strong evidence of the way in which being a researcher impacted on individual students. Many of these children talked of their pride at being asked to take on this role and how it had led to improvements in their self-confidence. For example:

I can be quite shy sometimes and it’s a different feeling when you actually feel brave enough to stand up in front of people and say something.

Here it is worth noting that these students had been chosen because they were, in some way or other, seen as being ‘hard to reach’ by their teachers. So, for example, some were children viewed as being shy or socially marginalised within their classes. Others were students with long records of difficult behaviour, some of whom were seen to become far more integrated into their school as the project progressed.

It was also interesting to hear some of the children speak with sensitivity about the demands on their teachers. Indeed, some talked about their realisation of how hard their teachers work as a result of being involved with them in lesson planning.

Meanwhile, many teachers talked of the value of planning and reviewing lessons with their colleagues and with the student researchers. Having opportunities to see other teachers at work was particularly valued. This reminds us of the professional isolation that still exists amongst teachers in many schools.

Having student perspectives on these issues helped to introduce a greater challenge to these discussions, such that, sometimes, the taken-for-granted assumptions of adults regarding what makes learning possible were challenged. This, in turn, made some teachers express ‘surprise on what children can offer’. In some instances, it also led teachers to become more sensitive regarding individual students and how they experience classroom life.

In a way that had not been anticipated, there was also evidence of the way in which the introduction of Inclusive Inquiry led to changes in the life of schools. Teachers in some schools talked about how it had helped create greater democracy within their school communities, as adults saw the potential of their students to help foster improvements.

There were discussions, too, about how this had led teachers in some schools, although not all, to recognise how they had moved from their initial focus on asking students to provide feedback on their lessons towards more constructive forms of dialogue. This had stimulated creativity and experimentation in order to explore more inclusive forms of teaching and learning.

Some teachers also talked about how the introduction of Inclusive Inquiry was changing what they referred to as the cultures of their schools. This implied deeper changes in attitudes and beliefs as to what might be possible, particularly with students who had previously been seen as problems. In practical terms, this involved changes in relationships: between teachers, between students and, crucially, between teachers and their students.

There were, however, challenges associated with introducing the approach, not least the issue of time. In addition, in some schools, addressing students’ suggestions was not straightforward, particularly when there were different views expressed. Having said this, such instances led to meaningful discussions between teachers and students and, therefore, a better understanding of the complexities of learning and teaching.

The research that we have described in this article points to the untapped potential that exists within schools for promoting more inclusive learning. It is also important to note that the most important resources that are needed are there within the classrooms. What we have illustrated are ways of making more effective use of these resources.

In the English school mentioned in this article, the approach has subsequently been expanded across the whole school, with a range of examples of positive outcomes including perhaps most importantly, an emerging sense of respect and trust developing between the teachers and children.

There is for us, however, an even more important reason to promote greater dialogue between teachers and their students. Such an approach is not only a strategy for developing more inclusive forms of education but is itself ‘a manifestation of being inclusive’ (Messiou, 2006, p. 313). In this sense, engaging with the views of learners is essential, even though it can be both promising and challenging at the same time. The big question is are we prepared to listen and act on what we hear?

Note: All the project materials, including various guides and an introductory video, can be found at: reachingthehardtoreach.eu

Messiou K (2006) Understanding marginalisation in education: The voice of children. European Journal of Psychology of Education 21(3): 305–318.

Messiou K (2012) Confronting Marginalisation in Education: A Framework for Promoting InclusionAn approach where a school aims to ensure that all children .... Abingdon: Routledge.