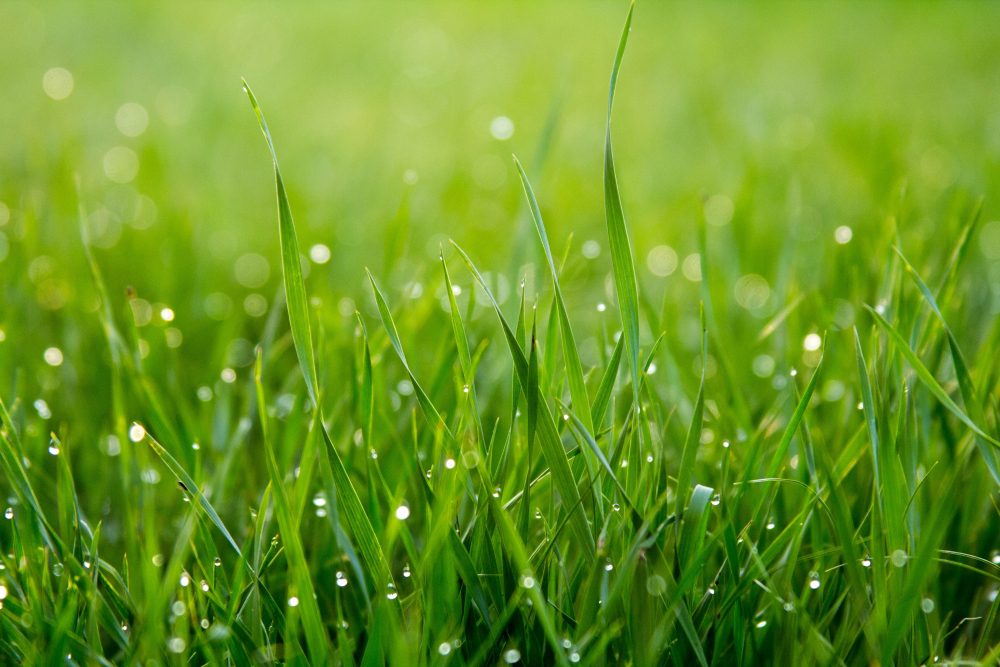 This research was funded by the Laurel Trust, a charity working in partnership with schools. A summary of the project can be found here.

The ‘Research Thrives’ project aimed to understand the impact of embedding and extending a culture of practitioner-led research across schools in our alliance. It achieved this through the deployment of Research Teacher Leaders (RTL), who established in-school action researcher teams. They then collaborated across the network to share and develop practitioner research. The model was practitioner-led, supported by two RTLs and the University of Sussex Research Network.

Research Thrives enabled teachers in each of the participating schools to explore features of their own practice within the framework of action research that was supported by two RTLs deployed by the Rother Teaching School Alliance (TSA).

Rother TSA had an embedded research culture and had invested significantly in the two middle leaders through funding their Masters degrees with a focus on practitioner research. The two leaders became RTLs, and subsequently established a research team to train other teachers in research methodology and practice within the teaching school. Research Thrives sought to extend this model through the TSA and beyond into the Rother Education Improvement Partnership (established by the local authority in 2014) in order to establish a sustainable culture of research and professional learning.

In our Research Thrives project, the engagement of the two participating primary academy schools was initially generated by removing barriers through the provision of the two RTLs, to compensate for a perceived lack of capacity within the school to conduct the research. The two schools were also motivated by a strong desire to address significant issues around progress and attainment in Key Stages 1, 2 and 3, improving school-to-school support and extending research practice across the alliance, as well as producing high-quality research.

The rationale of the research was informed by research papers and publications that pointed to the effectiveness for schools of investing in ongoing training for their staff. In particular, the premise of the research was generated on the notion of joint practice development, defined by Fielding et al. as ‘learning new ways of working through mutual engagement that opens up and shares practice with others’ (2005). In Rother TSA, we identified that a way forward was to encourage schools to collaborate because ‘they wish to enhance their resources or funding’ (p194), as Ainscow et al. (2006) pointed out.

The project operated at two levels. The first was the practitioner research conducted in the participating primary schools, which was supported by the RTL and the research teams from within the TSA. The second was reflecting on the process of formulating a wider practitioner research community and its impact on the leadership of teaching and learning. The focus of Research Thrives was the second level.

Surveys led by the RTLs were used to collect benchmark data on confidence, levels of engagement and perceptions of impact from the primary school teachers in the school-based research. The surveys and reflective journals written by the teachers engaged in school-based research were triangulated with interviews conducted by the RTLs. This resulted in two case studies that could be compared to draw out universal findings.

The Sussex Research Network (SRN), based in the University of Sussex, acted as the critical friend to Research Thrives. The SRN supported the RTLs through an assessment of the intended methodology, ongoing support of the project as it was conducted and evaluation of the validityIn assessment, the degree to which a particular assessment m... More of the findings.

We used our RTLs and research teams to support two in-school enquiries within the two primary schools. One (case study 2) embarked on an innovative approach towards intervention across Key Stages 1 and 2 and the other (case study 1) aimed to investigate whether computer software improved mathematics intervention outcomes. The RTLs supported the research conducted by the teachers in the primary schools and assisted in the evaluation of their findings.

The findings of Research Thrives related to the intention of understanding the impact of embedding and extending a culture of practitioner-led research across schools in our alliance. While the practitioner research in the participating schools generated useful outcomes for teaching and learning in their context, the RTLs focused on the process of leading and embedding practitioner research.

This was a small-scale research project. The findings of benefits should be seen in that light, and point towards aspects that would require a longitudinal study before they could be securely asserted.

Benefits to the schools

Without exception, all participants agreed that it was beneficial to their schools, as can be seen in Table 1.

Table 1 indicates that there were tangible and intangible benefits for a school of being involved in a model such as this. All of the benefits in the table were cited by the staff involved. It was more challenging for staff at all levels to articulate the intangible benefits for the schools involved. However, without exception, all were keen to continue working with the school to develop the practice of conducting research within their school settings. Despite the time constraints for the practitioners, it was deemed a worthwhile and valuable exercise by school leaders, who perceived it as a positive and professionally enhancing activity.

The impact on leadership capacity and skill level seems to have depended on the role of the participant within the school. The biggest gain appeared to be within the Research Team Leaders themselves. They acknowledged an increased professional confidence in working from a position of knowledge. The university critical friend noted that over the three years since they had started their MA to become RTLs, their presentation skills and confidence in front of wide-ranging audiences, from MA students to headteachers to university department leaders, had grown significantly. They were described as emerging leaders in their own school and beyond, noting that they had ‘personal vision of the research work’. They also displayed the characteristics of resilience and professional accountability in all of the work that they led throughout the project.

The case studies suggested those involved felt there was a positive impact on pupils. The headteacher from case study 1 felt that although emerging findings were ‘tentative’, they were ‘indicative’, and the use of the VLEVirtual Learning Environment – an online system that allow... More (virtual learning environmentAn online system that allows teachers to share resources wit... More) was worth further exploration. In case study 2, all pupils made progress, in some cases significantly. The headteacher and the trust felt that this was justification to extend the model for another year, and that within the culture of the school, ‘intervention had been pushed to the forefront’, explaining that intervention had been regarded as less important by staff prior to the research. In case study 2, practitioners rated the impact on pupils as positive, although they were reluctant to ‘overstate’ the impact of the work based on such a small-scale piece of research. Research from the Fair Education Alliance (2017), however, indicates that moves towards closing gaps in maths were ‘enhanced’ when schools had a ‘teacher researcher’ focus – providing wider evidence for this kind of approach.

Within Rother TSA, relationships were strengthened, research activities increased and one headteacher noted that ‘bonds are growing between the schools’ and that it was ‘good to be working with a school which has such standing in the community’. The university leader described the research model as a ‘good way of creating interplay between the different levels with the University and the TSA’. The university felt that the relationship between the university and Rother TSA operated on two levels: one was the dialogue level, whereby conversations and relationships developed through the people involved, and the second was the university needing to recruit postgraduate students where this type of project provided a better likelihood of recruitment to university programmes. This observation correlated with that of Ainscow et al. (2006), who noted that schools enter into collaborative arrangements because ‘they wish to enhance their resources or funding: they are responding to incentives, such as those which accompany central initiatives’ (p192).

Setting up a research community requires considerable preparation. Although we established terms of reference and engagement at the beginning of the project and conducted several meetings with headteachers, school leaders and participants, it would have been even more beneficial to have a planning meeting that involved all participants in order to better enable them to understand the scope of the whole initiative once all had committed to the project. Building on social capital prior to the research activities commencing would have enabled a better flow of the research at some testing points in the academic year (Stoll, 2015).

The university involvement has been and continues to be vital in providing quality assurance and support during the lifetime of such projects, although on reflection they indicated that greater consultation in the research design would have been useful for the RTLs. This may have tightened the case study research but, conversely, it may also have impacted adversely on the confidence of the RTLs, who felt that they were supported by being allowed the freedom to develop their research team, which they described as ‘collegial and synergistic’.

Developing relationships through a broad offer such as CPD, research opportunities and bidding for funding for arts projects enables schools to engage at a level that is useful to them, and has enabled some relationships to grow in maturity, as Hargreaves (2012) has pointed out: ‘Joint Professional Development is easier to get off the ground if trust, reciprocity’s twin component of social capital, is already established between people.’ What this model enabled us to do was to develop collaboration and trust at all levels, as it simultaneously engaged practitioners, leaders and headteachers’ (p13).

Carrying Research Thrives forwards, we have extended the range of action learning activities into Early Years, creating one action learning set in the first year and two in the second year. Using the tentative findings of Research Thrives described in this article, Rother TSA secured additional support from the Laurel Trust and East Sussex County Council. The model has continued to deploy a RTL to remove barriers to practitioner engagement. Recognising the limitations of time, resources and funding, it has also moved from attempting to draw conclusions about the leadership of practitioner research to generating communities of professional reflection that maximise the tangible and intangible benefits suggested by the initial findings.

Hargreaves DH (2014) A Self Improving School System: Towards Maturity. Cambridge: National College for Teaching and Leadership.

The Fair Education Alliance (2017) Closing the attainment gap in maths: A study of good practice in early years and primary settings. Available at: faireducation.org.uk/news/2017/12/19/closing-the-gap-in-primary-maths (accessed 10 October 2017).