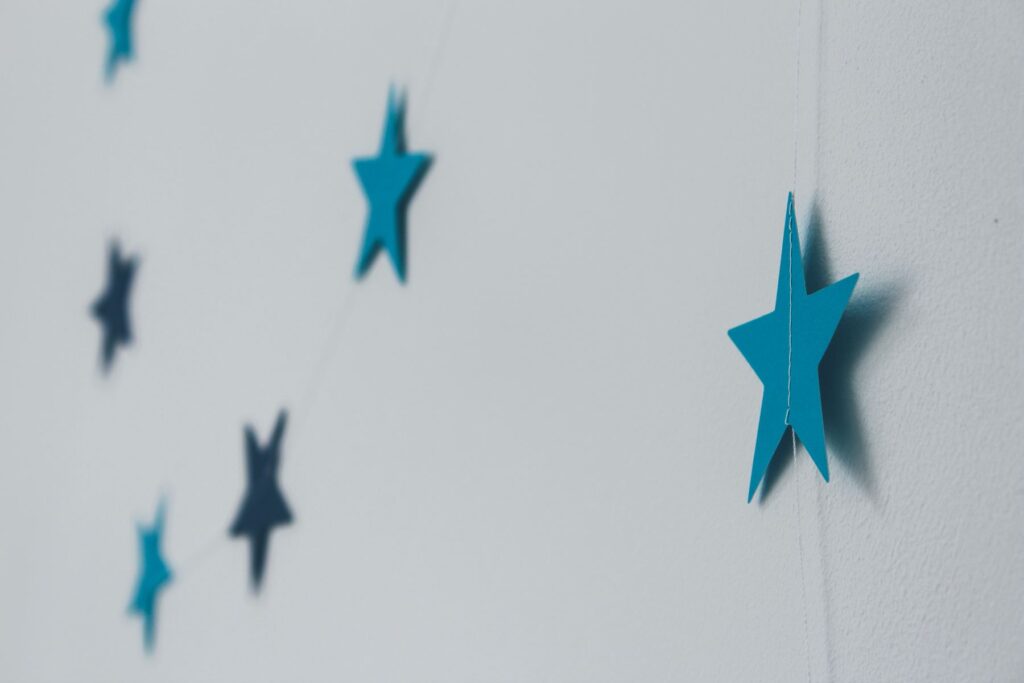 Ask teachers or educational psychologists about how teachers motivate children to behave and learn in the classroom, and they are quite likely to talk about (amongst other things) systems for rewards and sanctions (Hart, 2010). Advice for teachers frequently advocates their use (Cowley, 2014; Department for EducationThe ministerial department responsible for children’s serv..., 2016) and as the Teachers’ Standards show (DfEDepartment for Education - a ministerial department responsi..., 2011), teachers are expected to have a repertoire of such strategies to motivate and manage their classes.

It is easy to see why. Interventions using rewards and punishment are effective at changing behaviour (Landrum & Kauffman, 2014), at least in the short term. But what research in psychology suggests is that this may come with a baggage of unintended consequences, in particular when it comes to the reasons children engage in learning.

In this two-part review, I examine the impact that rewards and punishments can have on children’s inner motivation to learn, which psychologists call ‘intrinsic motivation’.

The idea of ‘carrots and sticks’ is often so firmly ingrained in our way of thinking that we rarely take the time to examine it (Kohn, 1999). In schools, using stickers or house points to reward good behaviour, or taking away play time as a sanction are almost ubiquitous. But this way of getting people to change their behaviour overlooks something crucial, namely our motivation, or ‘why we do what we do’.

One way to look at this issue is to ask whether the reasons are external to the person or internal to them. Intrinsic motivation describes the drive to do something for its own sake because one enjoys the challenge or out of fun, interest or curiosity. By contrast, extrinsically motivated people will seek external approval, such as a reward.

Intrinsic motivation is associated with a range of positive outcomes. For example, when people are intrinsically motivated, they are more creative (Amabile, 1985) and reason more analytically (Boggiano et al., 1993). Rewards can lead to better performance for ‘mindless’ tasks where quantity, not quality, matters (Cerasoli, Nicklin and Ford, 2014) – stacking boxes, for example – but when it comes to quality, intrinsically motivated individuals do better (Cerasoli, Nicklin and Ford, 2014), especially if the task is interesting or there is no obvious solution.

If the only purpose of the reward is to produce a desired behaviour in the child, then the research suggests it is likely to have a detrimental effect on intrinsic motivation.

On the use (and misuse) of rewards

Motivating people is a complicated business, and often research findings do not give straightforward answers. However, there is one finding that has been so consistently found in experimental studies, classrooms, workplaces and meta-analyses (research combining the data from hundreds of studies), that it has generated broad consensus: rewards, if used in a controlling way, undermine intrinsic motivation (Reeve, 2006; Lepper, Henderlong and Gingras, 1999; Deci, Koestner and Ryan, 1999).

One of the most striking examples comes from an experiment carried out in a preschool in 1973 by Mark Lepper and his colleagues (Lepper, Greene and Nisbett, 1973). Before the experiment, over the course of three days, the teacher provided a drawing activity children could choose to do during free-choice periods. Children who had chosen to draw over this period were then selected to take part in the experiment – this allowed the researchers to only work with children who liked drawing and were intrinsically motivated to do it when given the choice. The children were then randomly allocated into three groups: one group was told that they would receive a ‘Good Player’ certificate, which they were given once the task was completed; one group was asked to draw but no reward was offered or given; and the last group was asked to draw and received the reward at the end, but without having been told beforehand that they would receive it (the “unexpected award” condition). The task consisted of doing some drawings for another researcher. One to two weeks later, the children were given the opportunity in their classroom to take part in the same drawing activity in a free-choice period. The children who had been promised a reward drew less than they had originally – they had lost their initial intrinsic motivation for drawing. The other two groups of children, however, remained unchanged in their interest in drawing.

Psychologists think that this happens because, when we offer someone a reward for doing something, their inner motivation is hijacked. If we offer rewards for learning, learning becomes framed as something children do in order to get the reward, rather than worth doing on its own merits. Play has turned into work (Lepper & Henderlong, 2000). And when individuals are no longer intrinsically motivated, they no longer act out of a desire to understand but become passive (Benware and Deci, 1984). Rather than seek challenges from which they can learn, individuals prefer easy tasks if it will get them the reward (Shapira, 1976).

The experiment with children’s drawing in preschool also illustrates that not all rewards have this effect. It is those ‘if, then’ rewards (i.e. if you do this, then you will get that) that reduce intrinsic motivation and which psychologists call ‘contingent rewards’. What seems most important is the fact that the link between the incentive and the desired behaviour is made explicit to the person. Cerasoli and colleagues (2014) analysed hundreds of studies and found that incentives that were not explicitly linked to performance were not damaging to intrinsic motivation. So, it may be that intrinsic motivation has some resilience to rewards after all (Cerasoli, Nicklin and Ford, 2014). Additionally, not all rewards have an equal impact: tangible rewards such as gifts and food tend to be more damaging to intrinsic motivation than symbolic rewards such as certificates (Dollinger & Thelen, 1978).

What happens in schools, however, often makes rewards and punishments very explicit and salient to children. We explicitly tell children that the privilege they can earn or the sticker they have been promised is dependent on a specific behaviour. And we don’t only mention it once. This carrot is reinforced throughout the day, when behaviours are asked for (“Let’s see who I can give this sticker to?”), when given to a child as an example to others, and whenever there is a risk of non-compliance. It may be uncomfortable to think of rewards as controlling or manipulative, but if the only purpose of the reward is to produce a desired behaviour in the child, then the research suggests it is likely to have a detrimental effect on intrinsic motivation.

“Developmental researchers argue that the goal of socialisation should be self-regulation, not mere compliance with external regulators.”

When children don’t want to learn

There are other important issues to consider here, though. The first is that a lack of interest might have been caused by past rewards that resulted in a dependency on extrinsic motivators (Kohn, 1999). Secondly, most teachers I know would agree that sharing their enthusiasm for what they teach is an important part of their job, and not just because “imparting a love of learning” is mentioned in the teachers’ standards (Department for Education, 2011).

A common observation in the motivation literature is that children start out school with a keen desire to find things out and master skills, but that this love of learning can plummet as children go through the education system (Lepper and Henderlong, 2000). But certain approaches to teaching are much more effective in inspiring students and fostering intrinsic motivation (Reeve et al., 2004). We also know that, contrary to the common claim that people (and in particular children) are lazy, people who are intrinsically motivated choose challenging tasks (Harter, 1978), and that optimally challenging tasks (not too easy, not too hard) are more engaging (Abuhamdeh & Csikzsentmihalyi, 2012).

Putting intrinsic motivation back into the heart of education is an urgent issue – and some approaches to rewards are at risk of hindering this process rather than supporting it.

When children don’t want to behave

Many of the classroom management strategies used by teachers concern rules for living together rather than learning behaviour per se: waiting for a turn to speak, working together, sharing etc. Psychologists refer to these behaviours as ‘prosocial’. It is difficult to imagine them being fun to do and might require a lot of effort, especially for young children. Using rewards could, therefore, be seen as a way to impart these rules to children and avoid undesired behaviours. However, here again, extrinsic motivators may have negative long-term effects as they interfere with students’ capacity for self-regulation and the internalisation of values (Joussemet et al., 2004). For example, children whose parents make frequent use of rewards tend to be less likely to help others than their peers (Fabes et al., 1989) and young children who have been offered a reward are less likely to share if it comes at a cost to them (Ulber, Hamann and Tomasello, 2016). Developmental researchers argue that the goal of socialisation should be self-regulation, not mere compliance with external regulators (Joussemet et al., 2004). In other words, we want children to share because sharing is good, not because they think they can get a sticker out of it.

That being said, a recent study on behaviour modification programmes (Bear et al., 2017) showed a mild positive effect of reward and praise systems on students’ intrinsic motivation to behave prosocially. However, the study did not look at long-term effects. A well-known attribute of rewards is that they need to be maintained. They do not produce self-sustaining behaviours. Because individuals are doing a task or displaying a behaviour for the reward, when the reward is no longer offered there is no longer a reason to continue with the task or behaviour. Indeed, many studies have shown that when rewards are no longer offered, extrinsically motivated behaviours return to what they were before (see Reeve, 2006 p. 649).

In some cases, individuals continue to engage with the behaviour or task because they assume they have a chance of receiving the reward again (Lepper and Henderlong, 2000). Some people might also show ‘pressured persistence’, that is to say, they engage in the task even when there is no longer an extrinsic reason, because they feel some pressure to do so and feel they ought to (Ryan, Koestner and Deci, 1991). However, in the absence of rewards the effect is not long-lasting (Wiechman and Gurland, 2009).

We need to talk

There is a wealth of research on the negative impacts of rewards as a form of behaviour control or management, and it is not new research either – much of it dates back decades. Yet, the prevalence of reward schemes in the education system suggests that schools have not caught up with it.

My aim here is not to criticise teachers or schools. I will be the first to admit that I have used rewards and punishments in classrooms. I understand why sometimes the need to do something– to deal with a behaviour in the here and now– can overcome any concerns for long-term consequences. My aim is simply to raise awareness of an issue that seems to be little talked about: that rewards have, as one researcher put it, “troubling side effects” (Reeve, 2006). 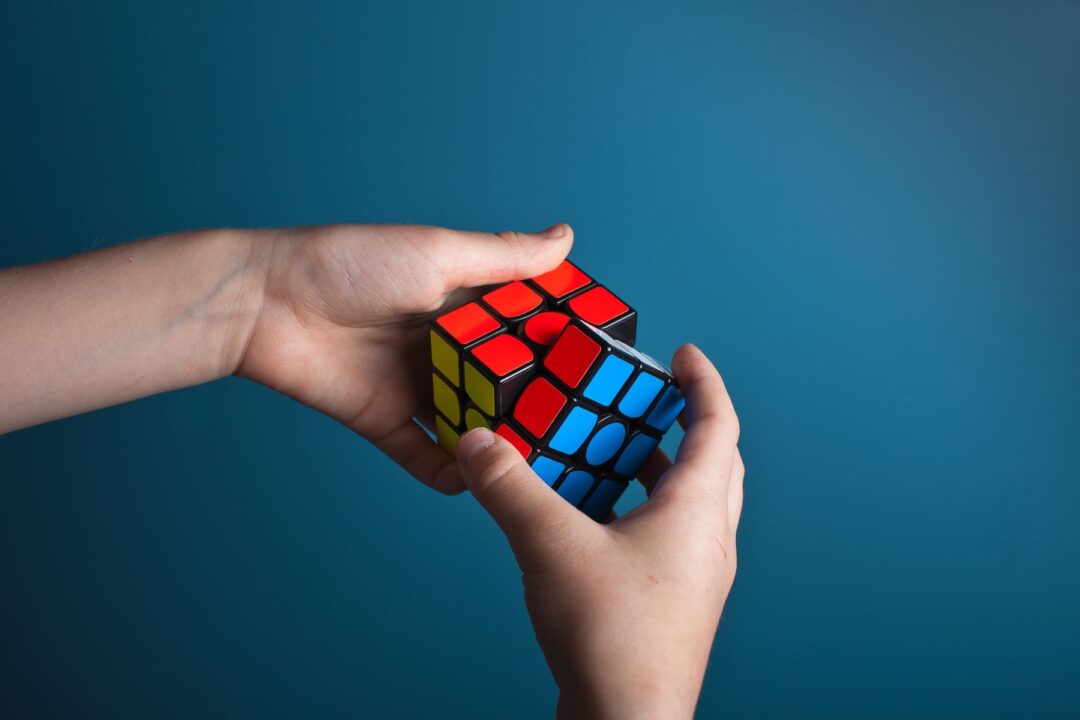 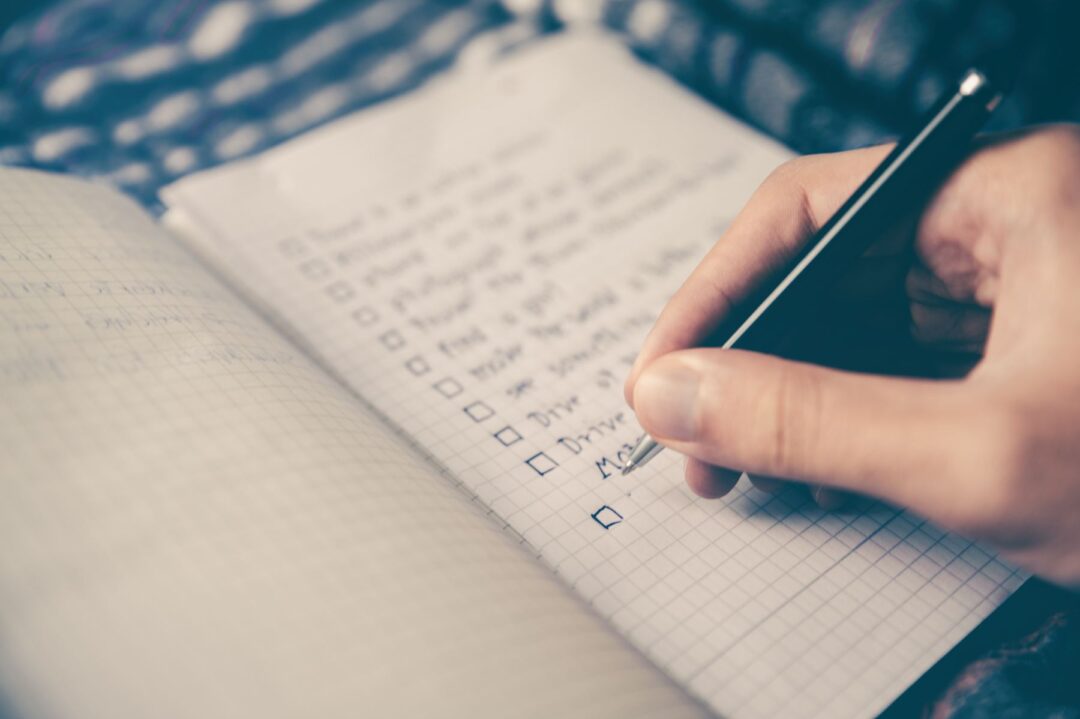 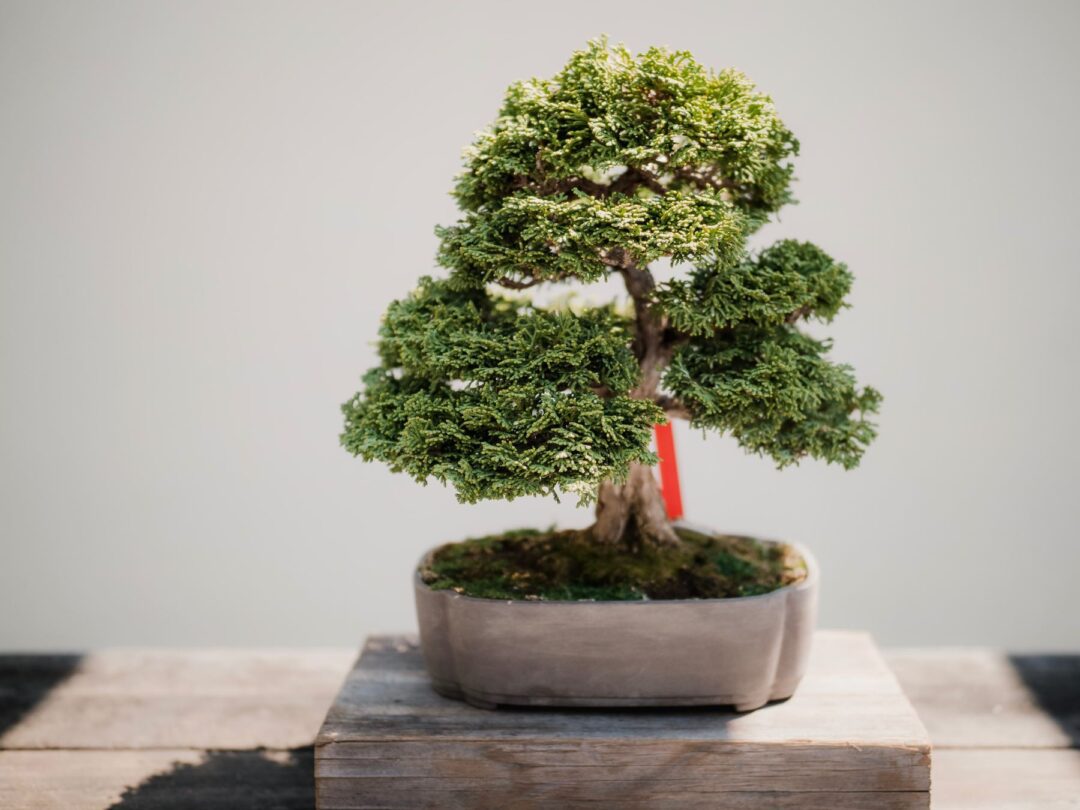 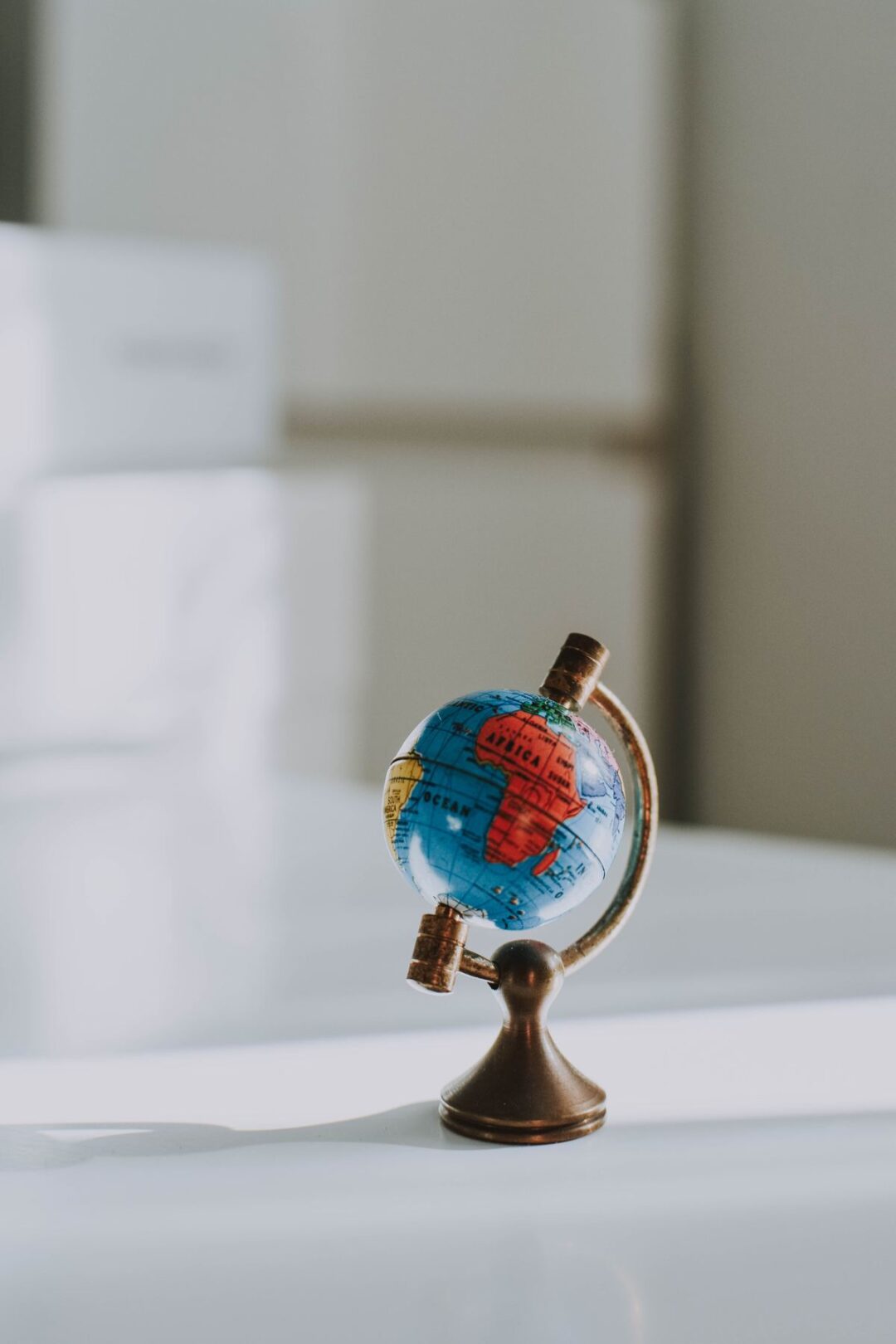 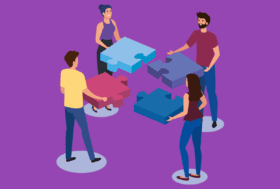 Leadership Lemonade: A model of national and international collaboration to turn crisis management into new opportunities 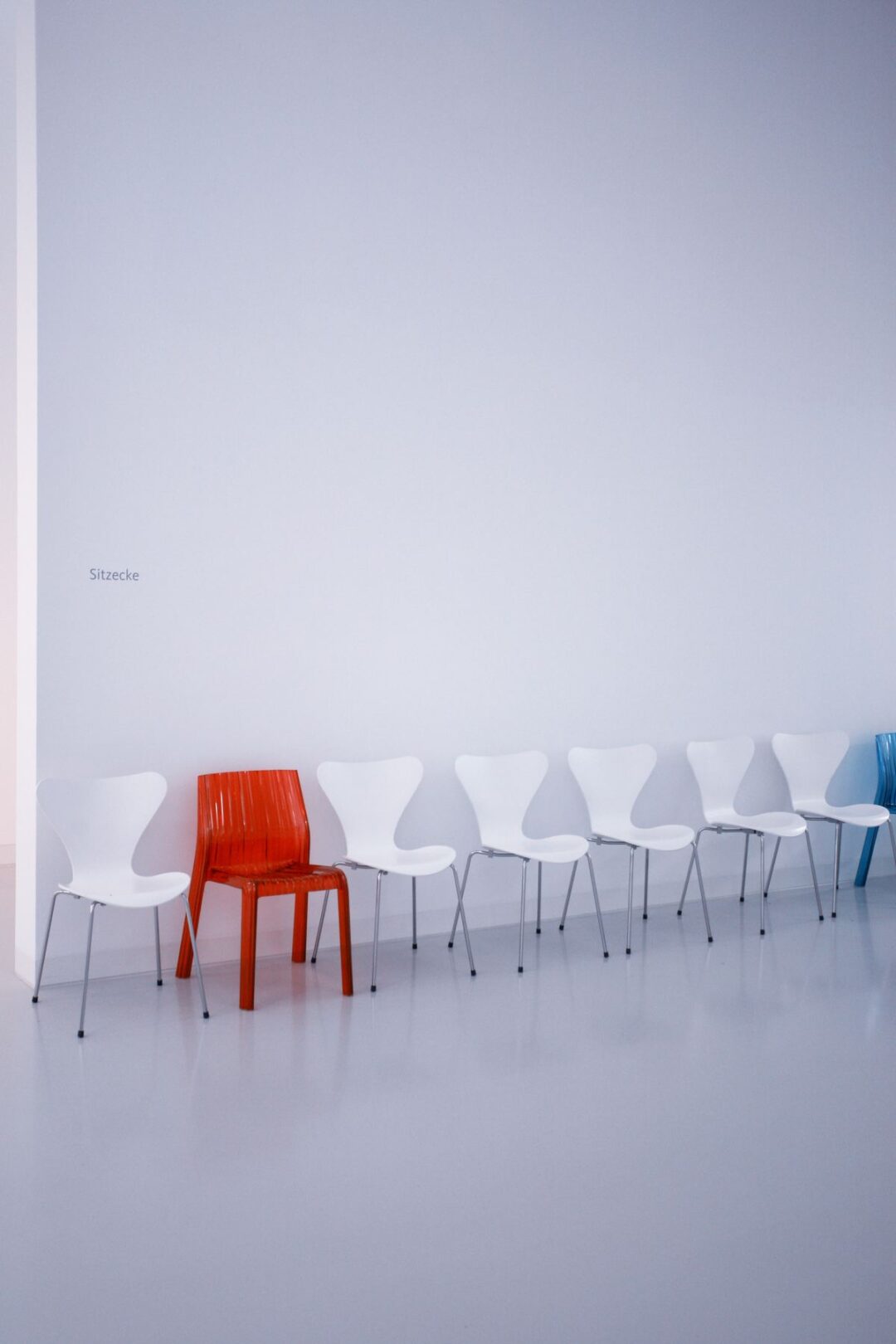 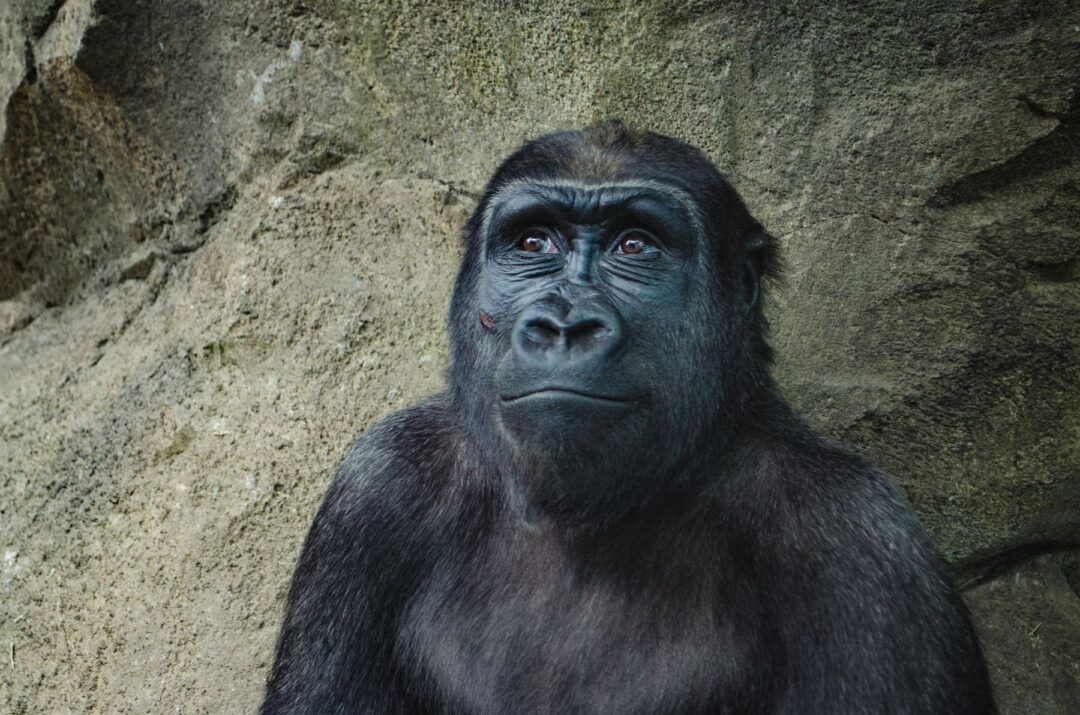