In defence of the arts 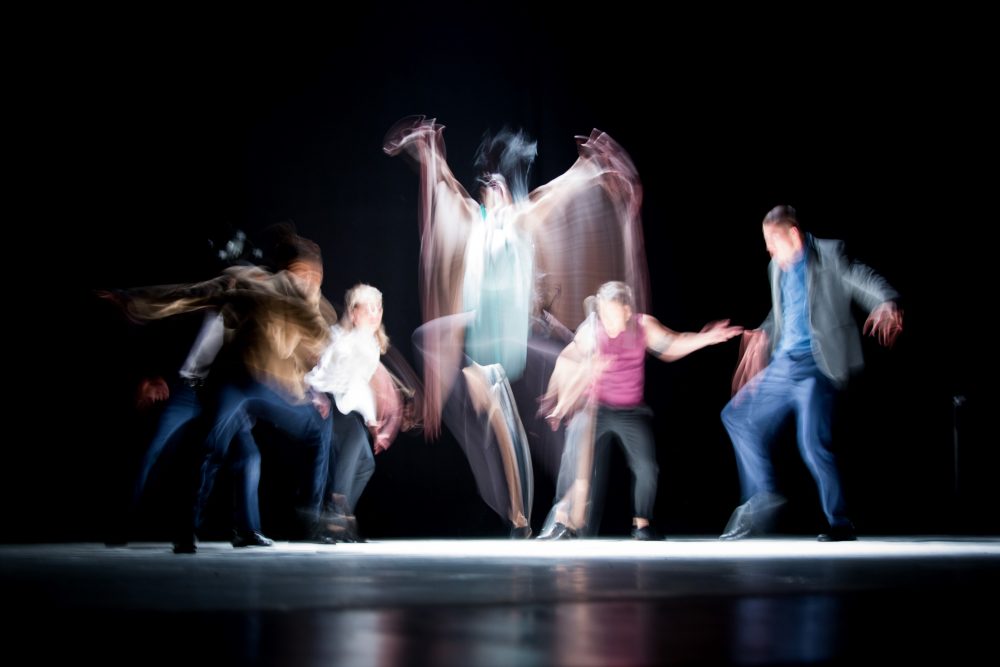 As the focus of OfstedThe Office for Standards in Education, Children’s Services... moves to a broad and balanced curriculum and ensuring that cultural capital is developed alongside knowledge, the inclusionAn approach where a school aims to ensure that all children ... of the performing arts should be at the forefront of any debate around which subjects should be taught at school. There is a strong argument for teaching ‘art for art’s sake’ to ensure that students learn about our rich cultural history; teaching the performing arts supports one of our biggest industries and, through the arts, students can extend their learning beyond their lived experience.  For me, one of the strongest arguments for the arts is the potential for character development – through the rich socio-emotional learning opportunities created by group work and the development of empathy and emotional intelligence.

At the start of her curriculum review, Amanda Spielman criticised ‘lessons where everything is about the exam’ and promised a review into the ‘substance of education’ (Spielman, 2017). The consultation document proposed that inspections will look for a curriculum that ‘extends beyond the academic, technical or vocational and provides for learners’ broader development, enabling them to develop and discover their interests and talents’ (Ofsted, 2019, p. 12). For a drama teacher, this is an exciting development.

When considering what good character is, we can look to Aristotlean notions of living well for a definition. Aristotle thought that by ‘living and acting well’ we would flourish and live a happy life through virtuous activity of the soul, not through gain or meeting a set of specific circumstances. Aristotle described developing ‘practical wisdom’, or phronesis, as a way of achieving happiness, defined further as ‘excellence in deliberating about or calculating what to do in life generally’ (Curren, 2016. p. 523). The connotations of ‘excellence’ suggest that it is a skill to be developed and honed, and therefore students would benefit from having opportunities in school to develop their practical wisdom and ethical responses.

There is a wide body of evidence suggesting that participation in arts subjects can develop a student’s moral character, a viewpoint shared by former secretary of state for education Damien Hinds. Three of his ‘five foundations for building character’ (Hinds, 2019) are directly related to participation in the arts, through either the curriculum or extracurricular involvement:

Arguably, these activities ‘combine elements that will stretch and challenge and will help young people think, develop and grow and which will enhance their self-esteem and confidence’ (Hinds, 2019). Through considering the activities that take place in performing arts subjects such as music, dance and drama (solo performances, students creating their own work and having their work critiqued), it is easy to see how these subjects provide substantial opportunities for challenge. Furthermore, self-esteem and confidence can be developed through a positive experience of taking a risk, performing and receiving praise and positive feedback for a good performance. However, I believe that arts subjects have so much more potential in the development of character, due to the participatory and ensemble nature of the performing arts.

The Jubilee Centre (2015) produced a Framework for Character Education, summarising that ‘schools should enable students to become good persons and citizens, able to lead good lives, as well as become “successful” persons’ (p. 1). In this framework, a comprehensive breakdown of character virtues is provided, divided into different areas of life, which are:

It can be argued that taking part in a group arts activity (such as performing a short scene in a drama lesson or taking part in a school production) can develop character in all four of these areas. Motivation and volunteering are needed to participate in the first instance; resilience is required to stand in front of a crowd; respect for others is needed to take direction and work closely with peers; and to produce the work, a great deal of teamwork and resourcefulness are necessary.

The vital position of performing arts in the classroom

Looking at performing arts in the classroom, the potential of teamwork and students working towards a common goal and thus developing their civic and performance character virtues is powerful. In GCSE drama, 40 per cent of the exam content is practical performance-based, and the devised performances must be in groups. Similarly, for GCSE dance and GCSE music, at least one performance has to be as part of a duet/trio or ensemble. Research specific to dance education argues a case for the ‘transformative’ power of dance, suggesting that dance develops the whole person in social, emotional and intellectual contexts (Graham, 2002), and research into music education, similarly, has suggested that participation in musical activities increases a person’s sense of community and belonging, whilst also having a positive impact on mental wellbeing (Karkou and Glasman, 2004). Whilst it could be argued that group enterprise tasks could be planned into any subject, the fact that performing arts subjects have examinations that are public performances means that there is an added need for courage, resilience and confidence in participating in these subjects.

The value of extracurricular performance in developing character

According to the Jubilee Centre’s report, students who took part in extracurricular music or drama outperformed those who said they did not when faced with moral dilemmas (Jubilee Centre, 2015).

This evidence supports my own experience, where every year during the process of a school production, I see students developing positive character traits: skills in negotiation, trust, tolerance, and respect; learning what can result from hard work, perseverance and motivation; and, through receiving feedback and being asked to improve, learning humility and reflection.

The potential of a public performance for development of character was explored by Cook, a progressive educator who produced a school performance ‘having the pupils take entire responsibility for a production’ (Cook, cited in Bolton, 1985, p. 153). The concept of giving the pupils the responsibility is compelling them to engage in teamwork, negotiating power and building community relationships.

There is a vast amount of contemporary literature on the value of community in drama. Neelands and Nelson argue that learning situations where students can have power and autonomy can be transformative for personal development (Neelands and Nelson, 2013), citing compelling evidence that performing arts subjects facilitate effective collaboration between peers, and in turn develop character. Chen et al. (2001) explore notions of power being linked to ‘social-responsibility goals’ and describe a type of ‘communal’ (p. 173) person who uses power for communal good and not self-interest goals. This would support a hypothesis of a group of students working together to achieve a common goal (such as a school production) becoming more aware of each other’s values and needs, and therefore developing their civic and moral character traits.  Whilst in my own practice, I take the overall responsibility for the production, there are still a huge amount of positive character traits needed from the students to be successful in the performance, and furthermore, I model the good character traits that I wish the students to develop in my leadership – such as effective teamwork with other members of staff and perseverance in ensuring that the work is of good quality.

In addition to the ensemble nature of the performing arts, the potential of socio-emotional learning also has capacity to develop character, again building a strong argument for the inclusion of arts subjects in a balanced curriculum. There is a need for emotional sensitivity and self-expression in arts subjects, creating an environment for adolescents to voice their feelings and express emotions through art, which may feel safer and easier than in ‘real world’ settings (Chen, 2013). Music and dance require an emotional response to a piece of music, and all three subjects of music, dance and drama require a piece of performance to be created in response to a stimulus – for example, a poem or painting. To create requires imagination and empathy, vital skills for developing good character, and through using these skills to either create or respond to a piece of work, students can access an imagined world beyond their own lived experience. As a drama educator, this creates exciting opportunities for rich learning and development of emotional intelligence in the classroom.

Whilst it is not helpful to generalise the arts, and is important to recognise that other subjects, for example literature, can also offer emotional learning through developing empathy, for me there is something profoundly different about the opportunities that drama offers through ‘acting out’ in fictional worlds. In imaginary scenarios, students can ‘act out’ their responses to real situations, therefore providing opportunities for students to develop their character by practising moral responses, and learning phronesis – how to live well. In acting out roles, students ‘explore others and why they do what they do’ (Winston, 1998, p. 66) and, in doing so, shape their own moral and ethical response to this from their own value judgements. The drama classroom is therefore a ‘non-threatening context’ (Bigger and Thomas, 1999, p. 29) to explore these value judgements and, with the guidance of a teacher as role model, develop good character traits and values that enable them to flourish.

The recognition that character education is needed in schools and the Ofsted framework’s focus on a balanced curriculum present a perfect opportunity for the arts to stake a claim in the development of character and the education of the whole person. Students should have the opportunity to study a wide range of subjects that interest them, for as long as possible, but the evidence supporting the value of arts subjects in developing character can only strengthen the position of the arts in any well-designed, rich curriculum.

The Jubilee Centre for Character and Virtues (2015) Character education in UK schools, University of Birmingham. Available at: www.jubileecentre.ac.uk/userfiles/jubileecentre/pdf/Research%20Reports/Character_Education_in_UK_Schools.pdf (accessed 7 April 2018).

Spielman A (2017) Enriching the fabric of education. Amanda Spielman’s speech at the Festival of Education, 23 June 2017. Available at: www.gov.uk/government/speeches/amanda-spielmans-speech-at-the-festival-of-education (accessed 27 February 2019).