A case study detailing the role of art, sport and culture in mental and physical development, and behaviour management 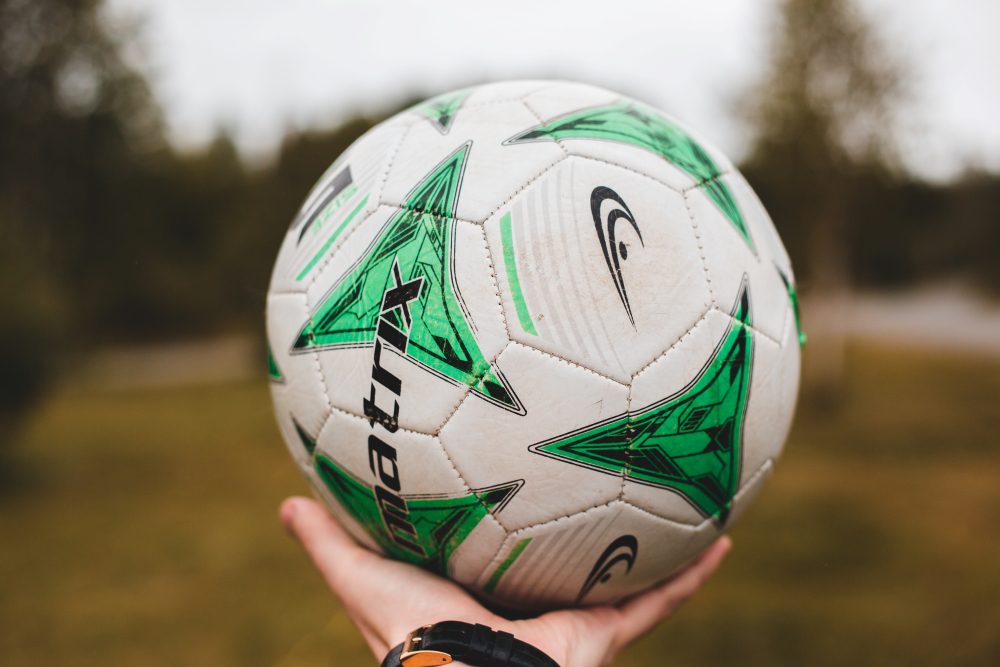 The government’s Green Paper ‘Transforming children and young people’s mental health provisions’ (Department of Health and Department of Education, 2017) sets out the ambition that children and young people who need help for their mental health should be able to get it when they need it. The Greater Manchester Health and Social Care Partnership (GMHSCP) recognised that with a decline in young people’s physical, social and emotional wellbeing, there has never been a more important time to take a proactive approach, initiating the Greater Manchester Mentally Healthy Schools Rapid Pilot.

Focusing on earlier intervention and prevention of poor mental health, proposals outlined in the Green Paper included incentivising schools to identify and train a designated senior lead for mental health, and also offering training to help leads and staff to deliver a whole-school approach to promoting mental health. Another aim was to fund new ‘Mental Healthy Support Teams’ supervised by NHS mental health staff to provide additional capacity for early intervention and ongoing help within an educational setting.

According to the National Association of Schoolmasters Union of Women Teachers (NASUWT, 2017), 98 per cent of teachers have contact with students who they believe are experiencing mental health issues. The pilot explored new ways of preventing mental health issues in young people through school-based interventions via a collaboration between the Youth Sport Trust, Alliance for Learning Teaching School, 42nd Street and Place2Be (mental health practitioners). A key aim was to develop young people’s physical and emotional literacy, by providing the right training, support and resources for an adult and young person workforce. The consortium, including a teaching school, voluntary community social enterprise (VCSE) partners and national charities, offered a complete package of support, initially to 31 schools recruited by Alliance for Learning across Greater Manchester. This used a whole-school, workforce, peer mentor and young people approach whilst considering both physical and emotional wellbeing, as outlined in a recent report, ‘Future in mind: Promoting, protecting and improving our children and young people’s mental health and wellbeing’ (Department of Health and Social Care, 2015). Phase one of the pilot ran between March and September 2018, delivered across primary and secondary mainstream schools, special educational needs schools and pupil referral units. A second phase, which involved a total of 64 schools, began in January. The project has just been extended to include a total of 125 schools, colleges and pupil referral units, almost doubling in size.

The Youth Sport Trust (2019) states that the health and wellbeing of a generation of young people across the UK is in decline. Government figures show that one in eight young people aged between five and 19 has a mental health disorder (Department of Health and Social Care/NHS England, 2018), and one in three is overweight or obese by the time they leave primary school (Department of Health and Social Care, 2018). Figures from Childline (NSPCC, 2018) show that over 3,000 counselling sessions for exam stress were delivered in 2016/17 – an increase of 11 per cent over two years.

The University of Manchester was commissioned to evaluate the effectiveness of the project. Evaluation included both qualitative and quantitative methods, including surveys with attendees from the different strands of training, focus groups and surveys with young people involved in the programme, ethnographic study and case study visits. A process and outcome evaluation of the pilot was conducted, and recommendations made for any future programmes. All data for evaluations (phase one) was received by July 2018, and examined whether the approach was effective in achieving the outcomes below:

Secondary findings relating to student workshops were taken from a lower response rate of 39 surveys returned, but evaluation was also taken through case studies and individual interviews held during workshops. Primary feedback was received from 184 students at the end of phase one.

To assess the impact of the programme on the whole-school ethos, a bespoke survey was created. School staff were asked to rate various statements relating to their experiences of the project on a scale of one to five, according to whether they strongly agreed or strongly disagreed. Topics included whole-school impact – for example, since the programme, has mental health and wellbeing been spoken about more often in school (82 per cent agreed) or has there been a greater interest in looking at mental health in our students and staff (86 per cent agreed)?

As a result of phase one, 62 senior leaders in schools received ‘Mental Health Champion’ training (four workshops and two consultations delivered by Place2 Be), aimed at positively changing the whole-school ethos and ensuring that each school had someone responsible for supporting mental health wellbeing in students and staff.

School leaders reported increased confidence in dealing with students with mental health issues, improved knowledge about how to refer students to specialist services and increased awareness about the importance of staff health and wellbeing. Mental health first aid (MHFA Youth) training was delivered to two middle leaders in each school (a total of 53) by Alliance for Learning, with a half-day MHFA Lite course delivered to 60 support staff. This aimed to improve confidence, competence, knowledge and motivation in supporting young people with their mental health. At the end of training, standard feedback forms were completed, anonymised and sent electronically to the evaluation team. Confidence increased from an average of 4.4 prior to training to 8.6 afterwards for MHFA Youth on a scale of 1–10. For MHFA Lite, this improved from 5.7 to 8.8.

At one school, as a result of the training, the safeguarding lead recognised the signs of depression in a Year 11 student a lot earlier on and they had the confidence to make a referral. One vice principal and pastoral lead at a secondary school highlighted how the programme focused the objectives of their team, resulting in them employing a fully trained counsellor. He explained:

We now have pastoral briefings every week, where we can discuss mental health, alert staff to issues and increase vigilance and awareness around school. This has resulted in a whole-school ownership of mental health. It has also made us think more about the ‘grey middle’ who don’t always show the more obvious signs of mental health problems. It has made us take nothing for granted.

CPD at the school is now also being tailored to colleague wellbeing and it’s brought the team closer together from a social point of view and has enabled them to take a more solutions-based approach to challenges.

Year 5 students (whole classes) in 14 schools received co-designed and co-facilitated Youth Sport Trust and Place2Be workshops. These included using games, trying new sports and athlete mentor sessions with enthusiastic professionals, such as British national champion para cyclist and wheelchair fencer Craig McCann, who could give insight into how individuals in high-pressured environments deal with life’s challenges and overcome adversity. They have given students greater confidence, creative thinking skills and coaching in life skills such as managing self-esteem.

Selected groups of secondary school students at all the schools involved received co-designed and co-facilitated Youth Sport Trust (YST) and 42nd Street workshops. These involved athlete mentors from the Youth Sport Trust working with students to develop their own personal plan for using physical activity, lifestyle choices and coping strategies to manage their own wellbeing. Students participated in tasks such as drawing support networks and worries in the form of a bus and talking about stress and feelings, in addition to trying out breathing techniques.

Knowledge of mental health, participation in physical activity, motivation for physical activity participation, perceived stress, knowledge and awareness of mental health, wellbeing, school satisfaction, body image and confidence were assessed using a bespoke pre-workshop questionnaire based on the YST 2020 survey and 42nd Street evaluation questionnaires. Emotional wellbeing and behaviour were assessed using the Strengths and Difficulties Questionnaire (SDQ), a well-validated behavioural screening questionnaire suitable for three to 16 year olds. Language was simplified for primary students and questions on body image were omitted. Post-workshop questionnaires included the same instruments as the above baseline assessments.

Overall, 93 per cent of secondary YMHCs reported increased knowledge about health and wellbeing. One student said: ‘I like being a health ambassador. My struggles will help me understand others.’ YMHCs gave positive feedback on the scheme, with an average score of 4.4/5. One YMHC, who suffered from depression and experienced suicidal thoughts in secondary school, said:

As a result of this journey, I have been able to share my experiences with a room of 60 people, many strangers, and I know that people do care. I was constantly blaming myself for my circumstances and the way I felt, but by speaking to my peers, professionals and my family, I realised that it wasn’t my fault and I was able to make positive changes to my life. I’m grateful for the support I have received.

Primary students reported increased levels of physical activity after taking part in the programme. At baseline, 38 per cent of students stated that they would be active every day. This increased to 50 per cent. A total of 88 per cent can now recognise poor mental health in their peers.

One primary student commenting on a workshop said: ‘I enjoyed it because this lesson has made me believe in myself and made me more confident to do more things.’

Among secondary students, at baseline, 65 per cent believed that it is important to exercise regularly. This increased to 80 per cent following the pilot, and enjoyment of exercise also increased from 59 per cent to 77 per cent.

Working in partnership across the public sector and beyond has been key to the success of this pilot, resulting in a second and third phase being progressed. Schools have valued the additional support and access to expertise, which has given school leaders time to think, understand and take action. The nature of the project has also empowered young people as mentors and influencers, and this will have a long-lasting impact on how they approach mental health.

A small number of schools initially expressed concerns about workload, and these were explored with an honest conversation. Most schools were grateful to be part of a project that is focused on the prevention of poor mental health. Recommendations have included allowing more time for trainers across different organisations to work together. Running sessions at the beginning of the academic year would ensure time to implement any required changes Training YMHCs before Year 5 has also been considered, alongside a peer mentoring model to ensure lasting impact.

Most trainers described feeling that they did not have adequate preparation time and that the schools were often not ready to receive the training; therefore, another recommendation was to allow more time and appoint a designated person within school who could coordinate the project.

Feedback from schools has been universally positive in terms of the measured outcomes, which were selected because they were important to young people and teachers, with 96 per cent of teaching staff agreeing that the programme has been beneficial to their school.

Many schools involved have reported rethinking the importance of art, music and PE within a ‘social prescribing’ model. For example, if a child likes music, he or she could be encouraged to join a choir, and these creative sessions can be used as part of their plan to develop coping strategies. The pilot has demonstrated that taking a partnership approach to addressing the physical and emotional wellbeing of young people and adopting a more sustainable and transformative approach is an effective mechanism for improving outcomes for young people in the longer term.