Applying the science of learning in the classroom 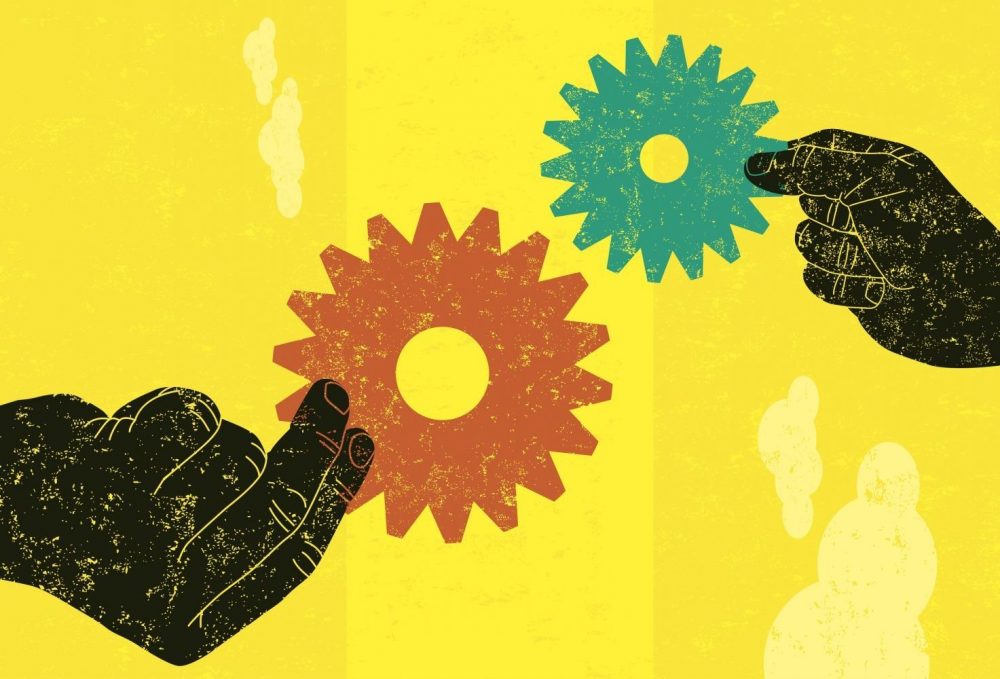 The US ‘decade of the brain’ in the 1990s saw the launch of a number of educational programmes that claimed to be ‘brain-based’. These were usually unscientific in their approach and motivated by commercial interests. Rather than inform education, these programmes often promoted misunderstandings about the brain: so-called ‘neuromyths’ (Howard-Jones, 2014). In contrast, the last two decades have seen a blossoming of authentic dialogue between education and neuroscience, aimed at enhancing teaching and learning with insights from the mind and brain. These more recent initiatives are very different from their predecessors, often including critiques of the myths that the brain-based industry helped to create. These efforts to identify genuine scientific insights that can inform teachers’ understanding and practice bear a variety of names, including ‘neuroeducation’, ‘educational neuroscience’ and ‘mind, brain and education’. Rather than producing brain-based approaches, they converged on the view that neuroscience is one important source of insight into learning that should be considered alongside other scientific and educational sources.

Some critics of these efforts have proposed that education is better served by psychology and that neuroscience can add nothing new to what psychology already offers (Bowers, 2016). In response, those working across neuroscience and education point to how our understanding of the mind and brain are complementary to each other (Howard-Jones, Varma, et al., 2016). Indeed, it is usually the collaboration of neuroscientists, psychologists and educators that characterises research involving neuroscience and education. Efforts to consider classroom practice in modern scientific terms have recently been referred to as the ‘science of learning’ (SoL). They do not promote a single model of classroom learning, but instead refer to a range of insights about learning that have been derived using the scientific method.

One challenge with applying SoL insights to classroom learning is that they tend to arrive piecemeal from laboratory-based research studies. These findings usually focus on specific aspects of the underlying learning processes, rather than being directly aimed at improving education. We have lacked a SoL framework for analysing classroom practice that interrelates these scientific insights with the day-to-day decisions made by a teacher. However, thinking about some broad categories of learning processes can provide a convenient starting point for such analysis. Under three categories below, we have organised a selection of scientific studies that we consider relevant to ‘everyday’ classroom teaching and learning processes. We discuss insights into how a learner becomes engaged with a source of new knowledge prior to the building of new knowledge, and how this new knowledge later undergoes consolidation, causing it to become more permanent, accessible and useful. These three categories are broad headings that provide a starting point for breaking down learning into component processes. They are introduced in this order for the sake of convenience; in reality, they may be sequenced differently (Figure 1).

Engagement of the learner

The scientific study of engagement with educational contexts is in its infancy. However, scientific studies of ‘approach motivation’ may shed some light on some popular classroom strategies. These studies have revealed the role of subcortical structures deep below the cortex in the emotional states that encourage us to attend and learn. For example, praise is commonly used as an effective means to reinforce classroom behaviours conducive to learning (Dufrene et al., 2014); (Sutherland et al., 2000). Praise is a social reward, and social reward appears to recruit similar subcortical regions of the brain’s reward system as receiving money (Izumo et al., 2008) or anticipating food (Farooqi et al., 2007). A recent study has shown increases in reward system activity during the answering of educational questions in conditions that favoured engagement and educational learning (Howard-Jones, Jay, et al., 2016). Other types of subcortical activity, including activations within the amygdala, are implicated in the development of maths anxiety and negative emotions towards learning (Young et al., 2012). It appears that both engagement and disengagement involve subcortical structures and production of neuromodulators beneath the cortex that influence, in both positive and negative ways, the cortical processes required for learning (Figure 2).

The relationship between engagement and learning is not a simple one. While engagement can lead to learning, learning can also lead to a more positive emotional response and further engagement with learning (Supekar et al., 2015).

Building of knowledge and understanding

Once a student is engaged with a source of new knowledge, such as an explanation provided by the teacher, a channel of communication opens that may enable new learning to occur, although much depends on the quality of this communication. Effective teachers (and the resources they use) communicate clearly and concisely, with efforts to minimise distraction. For new learning to be acquired in an educational and meaningful sense, it must also be connected to prior knowledge, and this requires two-way communication. To ensure students’ readiness to learn new material, effective teachers encourage students to communicate their prior knowledge through a variety of means. They note their students’ responses to questions in class and reflect on the questions their students ask, as well as on students’ responses to classroom tests and homework, and use many other types of formative assessment.

A teacher’s role here goes beyond just ensuring the student has the required prior knowledge before progressing to new learning content. In school children, the prefrontal regions required to make connections with prior knowledge are developing more slowly than other parts of the brain (Brod et al., 2013). This may disadvantage them in making use of prior knowledge, even when they possess it (Shing and Brod, 2016). It is, therefore, important that children are prompted to reactivate appropriate prior knowledge (e.g. revision question-and-answer) before new information is presented, and then encouraged to make connections between the new information and their existing knowledge. As well as learning new information, a student must also learn how to apply it. Applying new information requires using prior knowledge to transform, organise and elaborate the new input. This type of effortful processing also recruits circuitry in the prefrontal cortex (just behind the front of the brain), which, in turn, implements reflective processes that support performance in long-term and working memory tasks (Ranganath et al., 2003). Much educational learning, therefore, requires the type of effortful, conscious processing that activates the so-called ‘working memory’ network in the brain, as students attempt to control their attention and manipulate the information they are trying to hold in their conscious attention (Kane and Engle, 2002). For these reasons, the building of new knowledge is often accompanied by increased activation of the prefrontal regions of the brain (Figure 3).

New learning is more vulnerable to loss, and the effortful processing required to recall and apply freshly learnt knowledge occupies the limited working memory capacity we have available. This is a capacity that needs freeing up if we are to learn more. Fortunately, when we consolidate our learning, it not only becomes more permanent, but accessing it also becomes easier and quicker, demanding less conscious effort (Tham et al., 2015). As illustrated schematically in Figure 4, practice tends to shift activity away from working memory regions to regions more involved with automatic unconscious processing (i.e. away from the front of the brain).

Reducing the burden of fresh learning on working memory is important. Our limited working memory needs liberating before it can be occupied by new information, so enabling us to learn more. Consolidation can be helped by practising the recall and application of our new knowledge in different ways. This emphasises the need for engaging opportunities that challenge students to apply and test their knowledge in low-risk tasks that are free of anxiety (unlike exams or formal assessments).

Questioning is often used to assess what learning has been achieved, but it is also an effective means to ensure that this deeper processing occurs, and to accelerate the rate at which learning becomes consolidated. Questioning can take the form of simple retrieval practice, but even this can enhance learning through the unconscious act of reconstructing knowledge (Karpicke and Blunt, 2011). This is in line with recent neuroimaging research that suggests that repeatedly retrieving information causes it to become represented in the brain in different ways, essentially connecting it with different meanings and making it easier to retrieve in the future (Wirebring et al., 2015).

It is important to be clear that there is no three-stage model of pedagogy being suggested here, and the categories ‘engage’, ‘build’ and ‘consolidate’ should not be used to conveniently partition a lesson. Such partitioning would over-simplify many learning experiences that are encountered in a real classroom. In everyday teaching and learning, all three types of process might occur simultaneously, or at least in such quick succession that allocating one type of process to any single stage in a classroom activity is unhelpful. For example, consider the situation in which a teacher uses a quiz activity to introduce a new topic and link it to yesterday’s learning. In this example, all three types of processes would be involved, if the teacher successfully engages the children with building new knowledge while also consolidating their old.

Although the science provides principles and a scientifically determined understanding of how learning works, based on concrete measurement of behaviour and brain function, it does not provide a list of ‘top tips’ or practices that are guaranteed to work with any class or individual in any context. In the absence of a one-size-fits-all prescription for effective teaching, teachers must constantly make decisions based on their own ideas of how learning proceeds and what they observe occurring in their classrooms. It makes sense that this critical theorisation, and the decisions that arise from it, can benefit from an up-to-date and scientific understanding of learning from the sciences of the mind and brain. We are very much at the beginning of being able to apply such understanding in the classroom. There are significant theoretical and cultural gaps that exist between the disciplines of education and the sciences of mind and brain that will require investment, collaborative research and time to fill. However, if learning and the fostering of learning are key concerns of education, there may never be a better time to begin considering classroom practice in scientific terms.

‘Relationships underpin everything’: What we can learn from the Nordic Teaching Model and a focus on relationships and student perception as a recently qualified teacher