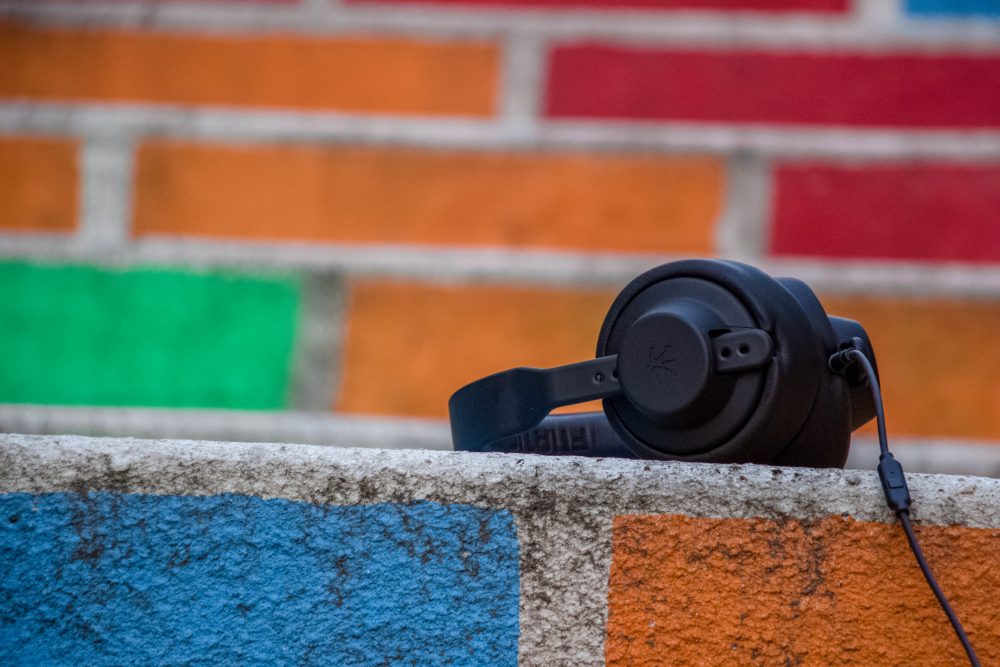 Assessment undertaken in schools should be valuable and worthwhile for students. In recent years, the pressures placed upon schools to improve performance have increased the pressure on teachers to assess frequently and summatively (Fautley, 2010). In my experience as a music teacher, assessing in this way does not always equate to success, worth or value for students. Although at GCSE and A-level, teachers are chiefly required to assess the creative product of an individual, we have significantly more freedom at Key Stage 3.

This article is based in the context of a Key Stage 3 music classroom, in which students work to produce their own cover of an existing popular song in small groups. The growing popularity of movements such as Musical Futures has increased the study of popular music in schools, a genre in which music-making is commonly found to be a collaborative process (Green, 2002). For many music departments, popular music schemes of work are therefore typically based on music-making in small groups. In this shift towards informal, student-led learning, many have called for methods of assessment that are designed to measure the skills observable in the creative process, as well as the creative product (Burnard et al., 2010; Fautley, 2010). In this article, I will exclusively discuss the tools needed to assess an individual’s contribution to the collaborative creative process.

In collaborative creativity, a creative product is created by a group, work team or ensemble (Sawyer, 2012). Assessing collaborative creative work can be challenging, as it has been established in recent literature that there is no single definition of musical creativity that can be applied to all contexts (Burnard, 2012). For the purposes of this article, Odena (2014) provides a working definition of creativity in the context of music education: ‘the development of a musical product that is novel for the individual and useful for the situated musical practice’ (p. 241). Although the term ‘creativity’ has been defined in multiple contexts, there is currently little to no guidance available for teachers on what to assess (Burnard et al., 2010). As a teacher running this project, I knew I wanted my students to improve their creative thinking and collaborative skills. This led me to the following research question: What assessment criteria are needed to judge qualities specific to ‘collaborative creativity’?

I undertook video-recorded observations and focus group interviews prompted by a card sort activity (based on Kelly, 1963) with two ‘bands’ (one group of four students and one group of five). Pupil interaction has been identified and highlighted in recent years as important in understanding collaborative work (Littleton and Mercer, 2012; Sawyer, 2012), and so methods of data collection that would allow me to observe these interactions were desirable. In reviewing the recent literature on collaborative work and creativity in music education, I identified nine existing qualities of ‘collaborative creativity’ that would act as codes when analysing the video transcriptions. Although further qualities were considered, the final nine were selected as they were relevant to the Key Stage 3 classroom context. These qualities are summarised below:

Video-recorded observations were implemented to allow me to see what the collaborative creative process looks like. To make video-recording a viable form of data collection whilst working within set time constraints, I gave students control of the cameras. To ensure that enough quality data was recorded, I specified that students must record at least two to three clips during a 30-minute rehearsal, and provided them with prompt cards that provided suggestions of what they could record. Across the two lessons, the two groups produced a total of nine clips, all approximately one to three minutes in length, which were then analysed using thematic coding.

In analysing the video transcriptions, all nine existing qualities of collaborative creativity were identifiable in my classroom, although to varying degrees. The qualities associated with verbal communication generally occurred more often, with the most frequent being ‘listening to each other’ and ‘questioning each other’. One new potential quality of collaborative creativity was also identified: ‘verbally proposing a musical idea’. Although observed less often, ‘verbally proposing a musical idea’ was included after observing students choosing to verbalise an idea to other members of their group, usually because they lacked the skills to demonstrate the idea musically.

M: You could do like a bit at the end… where it keeps going higher.

M: No, like single notes when you keep going higher…’

‘Verbally proposing an idea’ therefore became necessary as a new quality of collaborative creativity in my classroom, as to not include it would disadvantage students with a lack of instrumental or vocal skills.

Following the video observations, students were presented with a card sort activity designed to establish the qualities of the collaborative creative process that students thought were important. It would help students to build their own definition of collaborative creativity, as well as help to confirm observations of my own on student thought about creativity. The two groups of participants in the class were presented with a set of cards, each of which was a still that I had taken from the video observations, with the corresponding quality of collaborative creativity written underneath (based on the ‘method of triads’, Kelly, 1963). Participants were first asked to order these cards based on how important they thought they were in a rehearsal and then asked to comment on their suitability as assessment criteria for this project.

One of the most significant findings is the perceived importance of ‘listening to each other’, evidenced by both groups placing it at the top in their order of importance regarding this project. This suggests that it is not only very important to students but would also be a highly beneficial thing to assess and encourage in this context. This is supported by the frequency with which it occurred in the video recordings. ‘Whole-group engagement’ was also largely mentioned positively by participants and was placed in the top three for importance in both groups. However, one participant in group 2 expressed concerns on being assessed on ‘whole-group engagement’:

I think it’s good when the whole group is engaged and working together, but if you’re trying to get everyone to work together it doesn’t always work… I think it would be unfair to be marked on that because it might just be the people you’re working with.

This is a prime example of the recurring fear displayed by students of losing marks due to perceived unachievable assessment criteria. However, in this case, it was also generally accepted as something that would help the group improve. ‘Giving and receiving constructive criticism’ was met with similar concerns in group 1. Again, a fear of losing marks over something they did not feel was fully within their control was a concern. Group 1 also proposed that wording ‘constructive criticism’ differently could encourage healthier responses. This slightly contradicts the findings from the video recordings, where several instances of constructive criticism being given and received occurred with little issue, across both groups. At least for this group though, the phrase ‘constructive criticism’ has negative connotations, which might be something to consider when sharing assessment criteria with students.

‘Practising difficult parts’ was another card approached differently by both groups. Group 1 placed it last in their order of importance, and questioned its suitability as an assessment criterion, stating that it was ‘a bit obvious that you need to practise your part to get better’. However, group 2 placed it second, underneath ‘listening to each other’. Both groups clearly see practice as something that will help you to improve but disagree over its suitability as an assessment criterion. In addition, group 1 seemed to interpret ‘practising difficult parts’ as an individual responsibility, whereas group 2 acknowledged that it could also be as a whole group. This suggests that practising means slightly different things to different people, and that it may be beneficial to split it up further, or clarify it, before using it as an assessment criterion.

In summary, both groups agreed that most of the qualities of collaborative creativity listed on the cards were suitable to assess their creative process in this project. Any issues were caused primarily by a fear of ‘losing marks’, although students were aware that they would not be graded summatively on the creative process. In addition, it was found that the wording of the assessment criteria can be important and that clarification of what ‘practice’ entails may be beneficial for students.

What is clear is that the assessment of creativity and collaborative work in schools remains a problem. Although working towards the assessment of something so contextualised may seem daunting, if we begin to look to our own classrooms and subsequently disseminate the findings, we may begin to uncover the forms of assessment that will be most effective, and therefore beneficial, for our students.