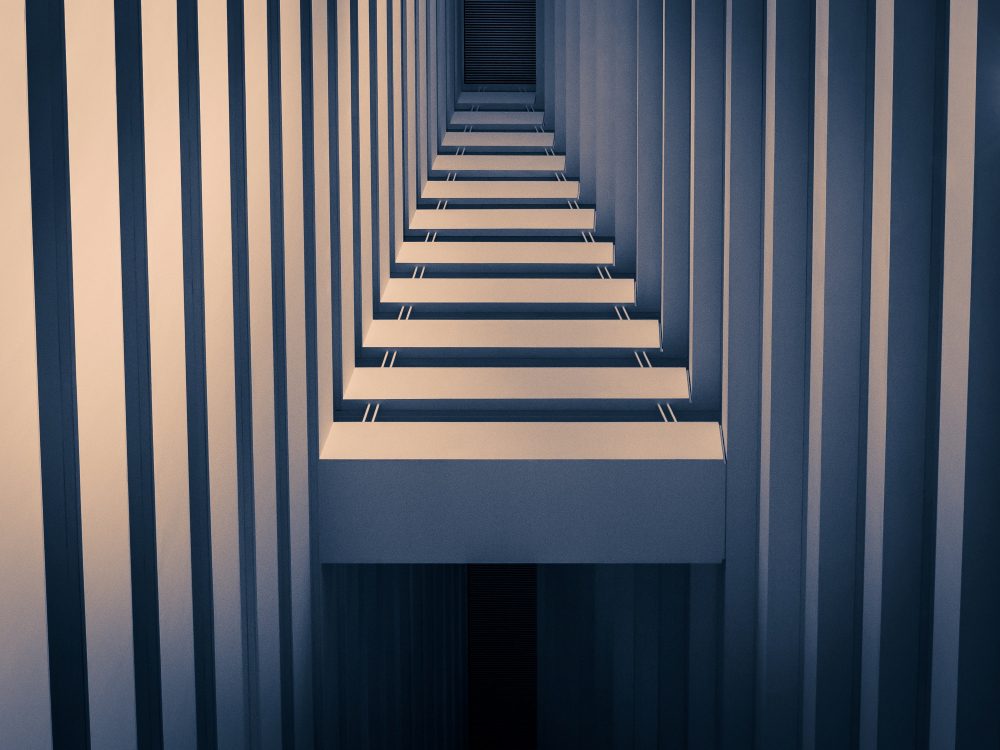 From one perspective, ‘broad’ and ‘balanced’ are rhetorical terms used to persuade us of the value of whatever curriculum a writer or speaker is describing. Though used in a different context, RJ Selleck’s comments are pertinent here: ‘It would be dangerous to take these words at face value. They are so vague that they can hardly lay claims to admittance to the realms even of educational theory – realms notoriously slack in their entry requirements.’ (1968 p. 138) But do such terms mean anything? Perhaps, but only if they are translated into clearer, less abstract ideas that can directly influence curriculum policy and practice in schools and colleges.

Applied to the school curriculum, the terms first entered legal usage in the opening clauses of the Education Reform Act of 1988 (DfEDepartment for Education - a ministerial department responsi..., 1989), which established the National Curriculum in England and Wales and which, though amended, remains in statute 30 or more years later. Clause 2 of the Act referred to the introduction of:

“a balanced and broadly based curriculum which (a) promotes the spiritual, moral, cultural, mental and physical development of pupils at the school and of society; and (b) prepares such pupils for the opportunities, responsibilities and experiences of adult life.”

Referred to by those of us who worked on the Act as ‘the motherhood and apple pie clause’, it was intended to allay teachers’ fears that a highly restrictive and narrow curriculum would be imposed by the Conservative government of the day.

The terms reappeared in the introduction to the revised National Curriculum published in 2014, where their application to all maintained schools was referenced to the 2002 Education Act and their application to academies to the 2010 Academies Act. So in 2019, a ‘broad and balanced’ curriculum remains a legal requirement for all state-aided schools in England. However, nowhere in official documentation is its meaning spelt out.

Interestingly, the terms do not appear in Ofsted’s proposed education inspection framework subject to consultation in the early part of 2019 (OfstedThe Office for Standards in Education, Children’s Services..., 2019a). There, reference is made to the importance of an ‘ambitious’ curriculum but not to a broad or balanced one. Does this suggest that Ofsted has recognised the empty nature of the original terms? But then isn’t ‘ambitious’ equally vague and rhetorical? Or does it really have a clear meaning?

But the third term in the title of this article also needs elucidation. Which ‘curriculum’ is being referred to? Among a number of possibilities, there is the official basic curriculum, which in England currently consists of the National Curriculum plus religious education for primary schools, with the addition of sex and relationships education for secondary schools. Is that ‘broad and balanced’?

Then there is a school’s intentional curriculum (Taylor and Richards, 1985), setting out what the school intends to be taught and learned. This is now described by Ofsted as the ‘provider’s curriculum’ (Ofsted, 2019a, p. 10) and embodied in school documentation such as curriculum rationales, policy statements and schemes of work. How far does that reflect, or go beyond, the basic curriculum? The question needs to be posed: is it ‘broad and balanced’?

And beyond that still is the student’s learned curriculum – what he or she makes of, and takes from, the operational curriculum. Yet again, is that ‘broad and balanced’? How would we ever know?

If it is to be used meaningfully in contemporary curriculum debate, the term ‘broad’ requires a degree of professional consensus over the criteria by which the breadth of schools’ curricula can be judged. Many schools view the current basic curriculum as too basic and not providing the range of experience that pupils need ‘to succeed in life’ – Ofsted’s phrase in its proposed new framework (2019a, p. 10).

There has only been one attempt by an official agency to define what is meant by a broad curriculum. This was formulated by HM Inspectorate a few years before the introduction of the National Curriculum (Department of Education and Science, 1985, 1988). The inspectors argued that both primary and secondary schools should introduce all pupils to nine areas of learning and experience throughout the age range of five to 16. The nine areas, placed in alphabetical order, were (a) aesthetic and creative; (b) human and social; (c) linguistic and literary; (d) mathematical; (e) moral; (f) physical; (g) scientific; (h) spiritual; and (i) technological.

However, this definition was overtaken by events in 1988, with the introduction of a statutory school curriculum comprising a set of core and other foundation subjects plus religious education. In the Education Reform Act of 1988, the government paid lip service to a broad curriculum but never defined what it meant by it. Instead, the set of 11 or 12 subjects became the de facto broad curriculum, and this remains so 30 years on.

In 2019, we need to renew the debate about breadth – hence this issue of Impact. Perhaps Ofsted’s renewed, if belated, interest in the curriculum could help us forge a consensus as to what it might look like?

It is not self-evident that a ‘broad’ curriculum should be thought of in terms of a collection of separate subjects, though this seems to be the assumption by the DfE and Ofsted (Richards, 2019). There are other possibilities. There could be an updated version of those areas of learning and experience from the 1980s. Education Scotland’s ‘broad’ curriculum (2017) involves a number of broad areas, such as expressive arts, health and wellbeing and social studies. The Cambridge Primary Review (Alexander, 2010) argues for eight domains, including arts and creativity, citizenship and ethics, place and time, and physical and emotional health. Other countries have different ways of thinking about breadth and the curriculum; we could consider these.

Deciding which particular components to use as a basis for curriculum design is a value judgment based on their perceived worth. For example, is it better to plan work in the subject of religious education or in a wider area such as faith and belief? Is the separate treatment of history and geography better than planning in terms of humanities? And within any component, value judgments would need to be made about which particular concepts, generalisations, content and skills are worth including and which should be emphasised.

There are other value judgments too. Is it better for a broad curriculum to operate throughout Key Stages 1–3 or would it be better if Key Stage 1 were exempt from that requirement, as contentiously suggested in the draft school inspection handbook (Ofsted, 2019b)?

Isn’t a ‘broad’ curriculum valuable at every stage, including one suitably modified in the different context of Key Stages 4 and 5?

But of course, such a consensus can only go so far. Individual schools are bound to reinterpret it to some degree, so that neighbouring schools are likely to have very similar but not identical curricula.

If the term ‘broad’ is problematic, so even more so is ‘balanced’. The proposed Ofsted inspection handbook and framework make no mention of it. Perhaps its authors recognise its contentious, value-laden nature and do not want Ofsted to be committed to a particular view of what it involves. Even more than ‘breadth’, ‘balance’ is in the ‘eye of the beholder’ or, more accurately, in the mind of the curriculum developer or designer. ‘Balance’ involves more than just calculating the allocation of time to different components; it also necessitates judging whether those allocations properly represent the value of those components to students’ education. So, for example, how much emphasis should be given to English and mathematics in Key Stage 2 compared with the rest of the curriculum? Should this time allocation vary according to the age of the children? Another example: how much emphasis (and time) should be given to science or to modern languages in Key Stage 3? More generally, what is the optimum balance between knowledge and skills in the curriculum as a whole and in particular aspects? For example, should that balance be different in the arts than in the humanities? Or different in the Foundation Stage than in Key Stage 1? ‘Balance’ is a much more value-laden – and therefore even more contentious – idea than ‘breadth’.

Curriculum-making is a messy, complex and time-consuming enterprise, made more difficult by the value choices that inevitably have to be made and, once made, that have to be justified to governors, parents, students and inspectors. Rhetorical claims in documentation that a school has a ‘broad and balanced’ curriculum cut no ice or have no meaningful content unless they are translated in terms of particular components or elements believed to make a valued contribution to learners’ overall school experience.

So if you are a school leader, what do you mean by a ‘broad’ curriculum? Is it more than just the subjects of the National Curriculum and, if so, what other aspects do you want to include? How do you develop that vision and share it with your staff, governors and parents? Which aspects, if any, are more important than others and how is that to be translated into time allocations? Who do you involve in that decision and how? Curriculum design is a contentious and far from easy process.

Referring to the problems of developing a curriculum, the late Lawrence Stenhouse (1975, p. 5) wryly commented that ‘Education is not in practice very sophisticated or efficient.’ Can we remedy this, at least a little, by gaining greater clarity about the meaning of a ‘broad and balanced curriculum’?

Department of Education and Science (1985) The Curriculum from 5 to 16. Curriculum Matters 2. London: Her Majesty’s Stationery Office.

Department of Education and Science (1988) The Curriculum from 5 to 16: The Responses to Curriculum Matters 2. London: Her Majesty’s Stationery Office.

Ofsted (2019a) The Education Inspection Framework. Draft for Consultation. London: Office for Standards in Education.

Richards C (2019) Ofsted thinks the value of the curriculum is self-evident. But is it? TES, 11 February, 19. Available at: https://www.tes.com/news/ofsted-thinks-value-curriculum-self-evident-it (accessed 18 March 2019).