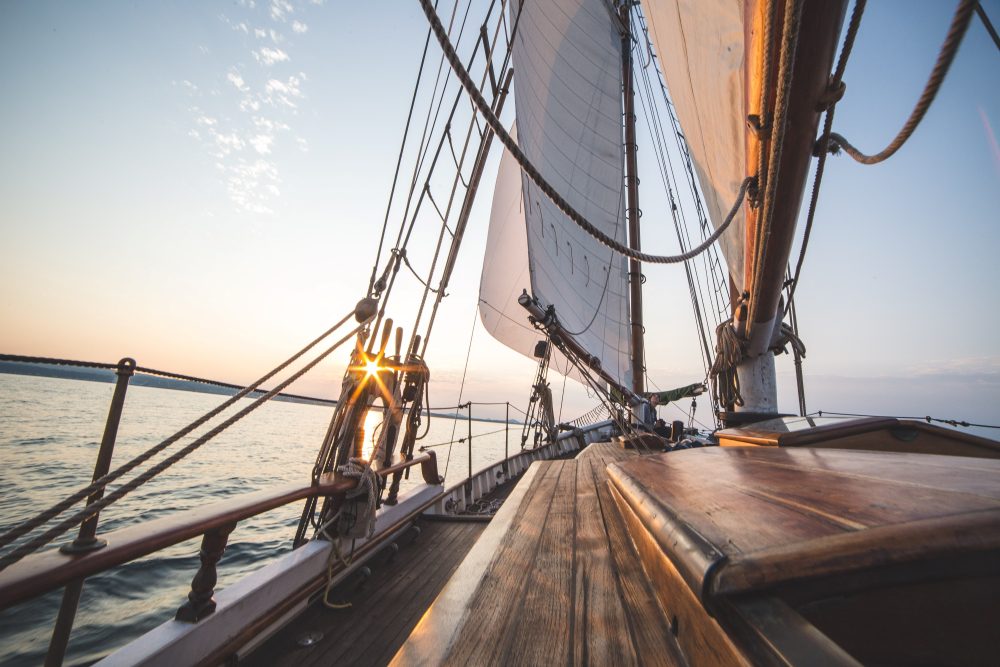 Step Up to Serve, convenors of the #iwill campaign, have celebrated young people for undertaking exceptional youth social action (YSA) through their #iwill Ambassadors programme since 2013. Ambassadors are recognised for their exceptional social action achievements, and asked to report the character strengths, traits, values or virtues that they think they have developed. Having never been studied before, analysing the data has revealed a potential lacuna in our understanding of the character strengths that young people perceive that they develop when participating in YSA.

For the purposes of this article, the term ‘character strengths’ is regarded as synonymous with traits, values and virtues. The link between engaging in activity for the benefit of others or the environment and developing one’s character is referred to in the literature as the ‘double benefit’ (Jubilee Centre, 2014). With character and character education featuring prominently in current education policy, and with schools being encouraged to engage pupils in YSA activities as a way to develop character, exploring the self-reported character strengths of Ambassadors seemed appropriate. The character strengths selected by Ambassadors are listed in their profiles, which feature online and in print (see Step Up to Serve, 2014, 2015, 2016, 2017, 2018, 2019a). This article attempts to highlight the types of character strength that those undertaking celebratory levels of YSA perceive that they have developed.

A dataset was created of the character strengths reported by each of the 300 Ambassadors to examine trends and discrepancies between cohorts. The researchers applied the ‘Building Blocks of Character’, created by the Jubilee Centre for Character and Virtues (JCCV), to the dataset in order to categorise these character strengths into intellectual, moral, civic and performance strengths (Jubilee Centre, 2017, p. 5). This article explores the dataset, details initial findings and considers implications for practice and further research.

The #iwill campaign, directed by Step Up to Serve, was launched in 2013 as a cross-political party initiative, supported by HRH The Prince of Wales and aimed at bringing together a collective of people, organisations and champions to spotlight the benefits of engaging in YSA (Step Up to Serve, 2019c). The Ambassadors programme is open to young people aged between 10 and 20 years across the UK, and applications focus on detailing the YSA that the nominee has undertaken and the impact that it has had. The #iwill campaign defines YSA as ‘activities that young people do to make a positive difference to others or the environment’, with applicants describing YSA activities across a multitude of areas (Step up to Serve, 2019b).

Engaging in meaningful YSA has a ‘double benefit’, both to the recipient of the action and in terms of helping with transforming the participant’s character as they contribute to tackling issues in society (see Jubilee Centre, 2014, p. 2). Whilst the ‘double benefit’ is seldom articulated to young people when doing YSA, where the action is deliberate, planned and meaningful, so the double benefit follows. Ambassadors are selected based on the description of the YSA that they have undertaken, not on the character strengths that they later report to have developed. Such character strengths, therefore, are not treated as essential to the ‘quality’ of the YSA being described, but are an important secondary consideration when profiling Ambassadors. There is a growing body of research that articulates the links between participation in YSA and character development, yet the types of character strength that are built, or valued, by those doing YSA are less well understood (see Birdwell et al., 2013; Taylor-Collins et al., 2018; Lamb et al., 2019).

There are numerous different frameworks and definitions of character, what it is and how it is understood (see Kristjánsson, 2015; Lucas, 2019). The present research adopts the JCCV definition of character, where character is ‘a set of personal traits or dispositions that produce specific moral emotions, inform motivation and guide conduct’ (Jubilee Centre, 2017, p. 2). This definition, and the wider conceptual framework, was used both because of the partnership between the JCCV and the #iwill campaign, and also because the JCCV framework distinguishes civic virtues from moral, intellectual and performance virtues, and treats individual character strengths as the constituent parts of good character. The four ‘Building Blocks’, intellectual, moral, civic and performance strengths, are managed by an overarching meta-strength of practical wisdom. Intellectual strengths are necessary for discernment, moral strengths enable us to act well in ethical situations, civic character strengths enable us to be well-formed citizens, and performance strengths instrumentally enable the others.

This study examined the self-reported character strengths of 300 #iwill Ambassadors, with strengths chosen from a predetermined list presented to them by Step Up to Serve during a profiling exercise. The data is available in the #iwill: Celebrating the Character of Young People Taking Action to Help Others series of publications (Step Up to Serve, 2014, 2015, 2016, 2017, 2018, 2019a).

There was some inconsistency in the initial gathering and presentation of data. In 2014, Ambassadors only selected two character strengths, rather than five as in every subsequent year. Further, the list of strengths given to each cohort each year, whilst broadly similar, was inconsistent across the full cohort. Therefore, there are limitations in the generalisability of findings between the 2014 and later cohorts.

The inconsistency in the data collection is a limitation. Despite this, though, it was postulated that if character strengths could be grouped in some way, then salient inferences could be drawn with regard to the ‘type’ of character that Ambassadors believed that they had developed (see Table 1 for the categorisation of strengths into the four JCCV ‘Building Blocks’). The data from the #iwill publications was tabulated and then categorised into these four ‘Building Blocks’, allowing for the examination of trends across the six cohorts.

Following the categorisation of strengths, the data was analysed for obvious similarities and differences between cohorts.

In applying the JCCV domains of character to the strengths selected by Ambassadors, we can see in Table 1 that performance character strengths were the most prevalent domain across all six cohorts. Furthermore, the civic strength of ‘community awareness’ appeared consistently in the top five for each cohort from 2015 onwards. However, the number of individual Ambassadors selecting ‘community awareness’ declined from 2015 onwards, down from 25 selections in 2015 to 19 selections in 2019.

The data sub-sets for each cohort are relatively small for such quantitative analysis, yet it has still been possible to gain insight into the types of character that Ambassadors perceive themselves to develop. There is sufficient evidence to argue that Ambassadors perceive themselves to develop performance strengths over any other domain of character. Given that Ambassadors were selected for their practical action in the service of others, this finding is surprising; it indicates that young people are better at recognising performance strengths in themselves in comparison to other types of strength.

Whilst it is possible that Ambassadors were better able to apply the definitions of performance strengths to their lives, the appearance of ‘community awareness’ in the top five strengths of all years from 2015 does show that there was a recognition of a civic dimension to YSA. These findings suggest that performance strengths play an important role in underpinning and enabling the YSA of Ambassadors and are more readily recognisable in a young person’s activities. More research is required to better understand this link, and social action-focused programmes would benefit from such research, in terms of the type of character that programmes aim to deliver and the type of character that participants perceive they develop.

The limitations of this dataset are reflected in the inconsistency of the data collection and inconsistency of the presentation of strengths, e.g. ‘resilience, perseverance and determination’. This study has presented the character strengths that Ambassadors reported to have developed through the YSA. This was not, however, always explicitly stated in Ambassador profiles. In any case, the limitation is mitigated by the implicit nature of developing character strengths through YSA, as perceived by the young person’s self-report at a fixed point in time, rather than recorded explicitly over a period of time (see Arthur et al., 2015).

This research has highlighted a clear finding: #iwill Ambassadors engaging in civic-focused social action perceive themselves to have developed performance strengths of character. This suggests that there exists a strong association between YSA and the performance character strengths; however, the relationship between performance and civic strengths remains uncharted, and further research is required to better understand this relationship.

Lucas B (2019) Character education in schools: An initial overview of some frameworks and associated implementation issues. Eton Journal for Innovation and Research in Education 3: 4–9.

Step Up to Serve (2014) #iwill: Celebrating the Character of Young People Taking Action to Help Others. Scotland: Creative Cause.

Step Up to Serve (2015) #iwill: Celebrating the Character of Young People Taking Action to Help Others. Scotland: Creative Cause.

Step Up to Serve (2016) #iwill: Celebrating the Character of Young People Taking Action to Help Others. Scotland: Creative Cause.

Step Up to Serve (2017) #iwill: Celebrating the Character of Young People Taking Action to Help Others. Scotland: Creative Cause.

Step Up to Serve (2018) #iwill: Celebrating the Character of Young People Taking Action to Help Others. Scotland: Creative Cause.

Step Up to Serve (2019a) #iwill: Celebrating the Character of Young People Taking Action to Help Others. Scotland: Creative Cause.

Step Up to Serve (2019b) What is youth social action? Available at: www.iwill.org.uk/about-us/youth-social-action (accessed 1 February 2020).

Step Up to Serve (2019c) What are the benefits of youth social action? Available at: www.iwill.org.uk/about-us/youth-social-action#benefits (accessed 25 March 2020).

Taylor-Collins E, Harrison T, Thoma S et al. (2018) A habit of social action: Understanding the factors associated with adolescents who have made a habit of helping others. VOLUNTAS: International Journal of Voluntary and Nonprofit Organizations 30: 98–114.