Collaborative decision-making in the classroom 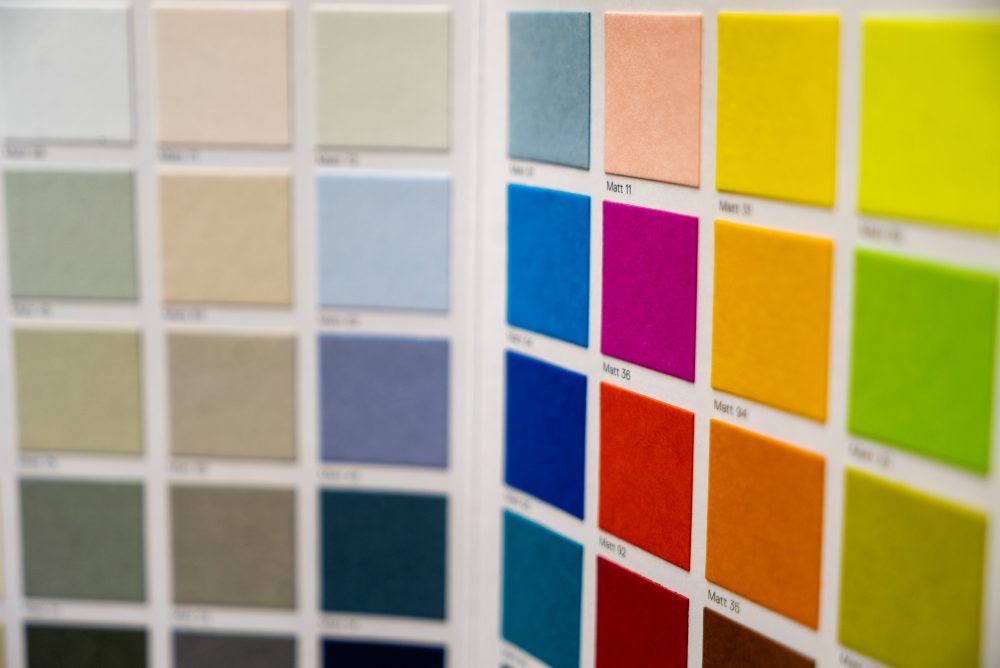 Collaborative decision-making (CDM) happens when teachers and students make decisions together that affect the whole class. These decisions may be about community, curriculum, discipline, the environment or resource- and time-management. This article promotes the idea that CDM can contribute to enhanced student cooperation and productivity, a willingness to make contributions to discussions and listen to others, and more positive student perceptions of teachers and classrooms. This article is informed by Rowe’s own doctoral research and observations as an educational psychologist (EP), with the balancing perspective of a practising primary school teacher, Naomi Turner.

The term ‘collaborative decision-making’ (CDM) has been chosen to differentiate CDM from broader forms of student participation, such as peer mentoring and student councils, and from other forms of individual or group decision-making. CDM is a recognised practice in a collaborative culture (Villa et al., 1996).

CDM elevates decision-making to a curriculum outcome in its own right and one that involves the whole class and the teacher. The decisions that teachers make in collaboration with students can be very small ones, such as in which order tasks are to be completed – ‘Shall we read the story first or go over the homework?’ – or higher-order organisational decisions: ‘We need to decide how we are going to improve everybody’s reading and writing.’

Davies’s team looked at 75 studies of participation and found a positive link between participation in school decision-making and a range of educational outcomes. These included:

Students who experienced greater participation also showed greater self-esteem and confidence. The researchers attributed this to students being trusted with responsibility and the consequent ownership that they felt for decisions that they helped to make regarding their schools. Davies suggested that those students who participated in school decision-making became more skilled in interpersonal communication, including listening to the views of others. Students also became more engaged in learning and developed a greater belief in themselves. This was particularly true for students with special educational needs. It was notable that none of the 73 schools in the study showed any evidence that they had reverted to less-collaborative practices. Indeed, all reports suggested that student participation in decision-making had noticeable benefits, not only to students themselves, but also to the school and community (Davies et al., 2005).

Whilst much of the participation in Davies’s study consisted of extracurricular activities, research suggests that the students who benefit most from CDM experiences – those from disadvantaged backgrounds – are the least likely to access extracurricular activities (Alexander, 2016; The Sutton Trust, 2015). It therefore makes sense that CDM needs to be part of every student’s everyday classroom experience if it is to make a real difference.

Over many years as an EP, Geraldine observed that when teachers involved students in decisions about curriculum and learning, they were often astonished at what could be achieved. Initially, some worried about opening up decision-making and sharing power with children, worrying that they might lose control. The reality was that, far from losing control, teachers were often able to use CDM to combine their own experience and skills with those of their students in exciting ways that resulted in greater cooperation and productivity, not less.

Despite evidence such as Davies’s, reported above, on the benefits to children of participation, and government reports encouraging schools to do so (Department for Children, Schools and Families, 2008), it has been hard to find schools where participation in decision-making is everyday practice (e.g. Fielding and Moss, 2011), and classrooms in the UK have not appeared to be collaborative when viewed from a child’s perspective (Springate and Lindridge, 2010).

However, knowing from her professional experience that CDM is present in some schools, Geraldine decided that it was time to find some collaborative teachers and study them (Rowe, 2018). In her research study, Geraldine explored the experiences of three teachers who were involving their students in some CDM, some of the time. These teachers developed classroom routines with their students, regularly collaborated with their classes to problem-solve issues of behaviour and classroom organisation, and sometimes invited students to offer their ideas about ways in which they might learn and express their knowledge. The research took place in three state primary and middle schools in South East England, and participants were, to the best of the teachers’ knowledge, the only ones using CDM in their schools. All participants taught Year 5 classes for most of the duration of the study.

Over 15 months, Geraldine carried out multiple in-depth interviews with three participating teachers, Carl, Michael and Philip, interspersed with classroom visits. The methodology used was interpretative phenomenological analysis (IPA), an approach that enabled a detailed insight into the way in which these teachers were experiencing CDM. The research aims included: finding out what CDM looked like in the teaching environments of the participants; how this practice developed; and the meaning that CDM held for these teachers.

Participants had developed CDM in very personal and individual ways, and excerpts below from the three participants offer a flavour of the data.

Carl set out to have a classroom where students would feel free to talk about themselves and their ideas and feelings. He did this by watching lots of YouTube videos with the class and talking about them together. This helped to develop the kind of ethos that would enable Carl, later on, to enlist the help of the whole class to support him to reintroduce into the classroom a couple of boys who, previously, had been taught outside the classroom because of their conduct. Carl said that seeing the class help these ‘outliers’ to learn how to be full members of the class made it all worthwhile. Carl developed a way of planning that allowed his students to bring more of their own ideas and experiences into lessons. His approach was to have a number of different possible lessons ‘in his head’ rather than one lesson that he was determined to deliver in one way: ‘I plan very loosely so it’s very easy for them to take on… to let them shape the lesson.’ Carl envisaged that if he was able to master CDM, his workload could be lightened, as he would be able to delegate more planning and classroom activities to the students themselves, rather than having to do these all on his own.

One day, after some Google employees had visited the school, Michael decided to let the students decide together how they might demonstrate their learning from the day. He said that he was astounded by the creativity that this opportunity unleashed – no two students did the same thing – and he described their work as ‘brilliant!’ What surprised him was the amount of work that they produced, the cooperation with each other and the fact that they used many skills that they had recently been focusing on in lessons. Michael told me that the more he freed up the class, the more he freed up himself to be creative, share more of himself and focus on the learning in hand. Just before half-term, Michael was genuinely surprised that, by a combination of setting the parameters, negotiating approaches and trusting the children’s abilities, they had covered all the curriculum content in a shorter time than planned.

Philip gave an account of a collaborative problem-solving conversation: ‘We had a real heart-to-heart as a class, and I said, “This isn’t working. I’m coming in every day, I’m being really grumpy because you’re not doing what I’m asking you to do… Okay, I want to be able to kind of come in and be normal. So actually, at the moment this is no fun for me, and no fun for you.”’ Philip invited the class to generate and discuss ideas. They then voted for an approach and tried it out. Philip was convinced that because they had chosen it, they made it work.

The challenge: How can CDM be available to all students as part of their everyday classroom experience?

When Year 6 teacher Naomi read Geraldine’s research, she realised that she had already been using some CDM with her students without having paid any special attention to it, and felt that this aspect of teaching needed more recognition. When she and Geraldine started discussing the ways in which CDM could influence classroom practice more widely, Naomi agreed that CDM needs to be promoted by the school leadership team and become something that all teachers are having a go at, to avoid confusion or conflict. She recommended that schools put CDM on their staff agendas and that teachers should talk to students about the concept of increasing their participation, seeking students’ views on the possible benefits and also the barriers that need to be overcome.

Naomi is in the early stages of incorporating CDM into her practice, and suggested that some of the things she is trying out might interest others. These include:

Due to the unprecedented closure of schools during the 2020 COVID-19 lockdown, teachers are currently reflecting on their experience of online teaching and may also be planning what to do if a second wave forces schools to close once more. This happened in Australia, and we can learn from the experience of teachers and students returning there to online schooling. One of the most informative sources of research into student agency through online learning is Connect, a free online journal dedicated to student participation (https://research.acer.edu.au/connect). At the beginning of the pandemic shutdown, Connect editor Roger Holdsworth asked, ‘How can the voices of students be heard and how can they have meaningful agency in this online world?’ He pointed out that there was a great danger of student agency being individualised in an online world, and we needed to ensure that civic decision-making, rather than individual choice-making, was supported by the design of online schooling. It is worth reading the April, June and August issues of Connect to find out how teachers and students in Australian schools have kept student voice and agency alive, and the results of student surveys into online learning.

We have been keeping up to date with conversations between educators and researchers around online learning, and finish this article by summarising some of the recommendations around pupil participation in decision-making in an online context.

Collaborative decision-making (CDM) is nothing new, and some of you may be fortunate enough to teach in schools where there is already a strong collaborative ethos. However, in our experience this is rare, so if you are one of these schools, we would like to hear from you, and learn about how CDM works in your school.

Geraldine Rowe’s book It’s Our School; It’s Our Time will be published by Routledge in November 2020.

Alexander R (2016) What works and what matters: Education in spite of policy. In: CPRT Conference: What is and What Might Be, London, UK, 18 November 2016, pp. 1–17. Cambridge: Cambridge Primary Review Trust.

The Sutton Trust (2015) The Pupil PremiumAdditional funding for publicly funded schools in England to...: Next Steps. London: Education Endowment Foundation.