Creativity: should it be disruptive and playful or bounded by knowledge and discipline? 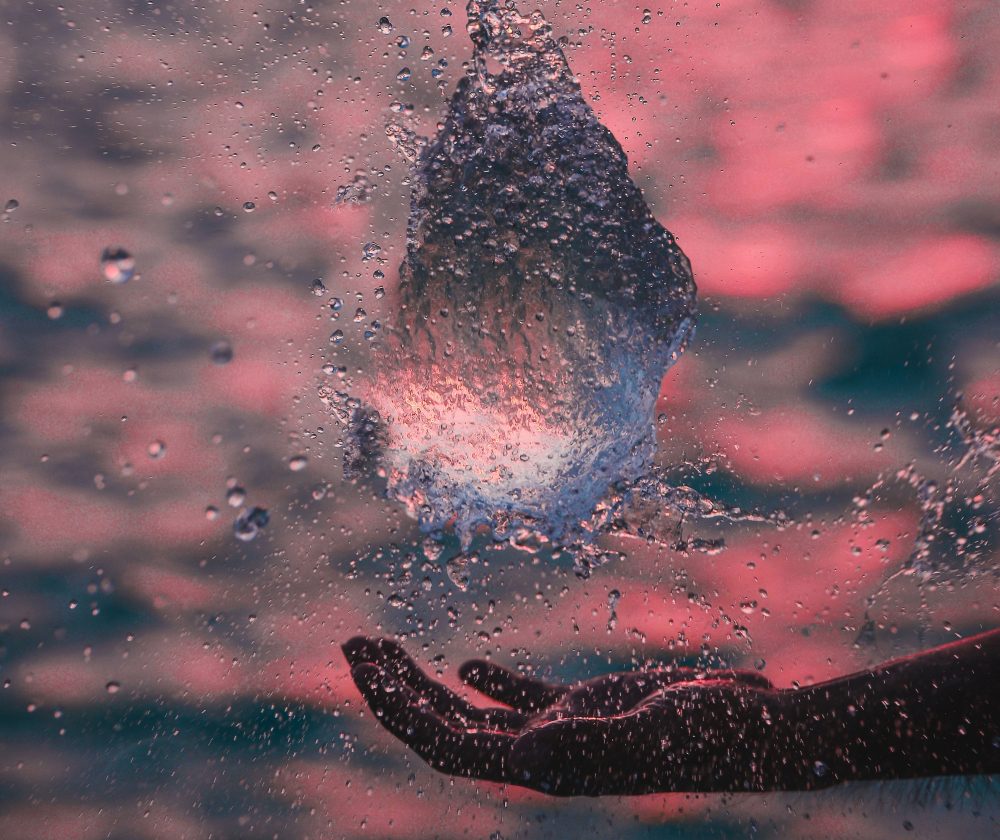 We have recently seen the beginning of a decline in entry at GCSE and A-level for arts subjects (see Thinktank report: A Step Backward, 2019). It can be tempting, in austere times, to concentrate on ‘core’ subjects: English, maths, science and humanities, included in Progress 8 and the EBacc. The curriculum has narrowed to the extent that OfstedThe Office for Standards in Education, Children’s Services... More has admonished schools that have sought to maximise their chances in the new measures by reducing arts provision. The schools most likely to do this are often in the most culturally and materially disadvantaged catchments, and there are few incentives in the current system to slowly transform the culture in an area. The creative industries have increasingly become as dominated by those from privileged backgrounds as other sectors – another failure within the wider pattern of halted social mobility. Yet they are also one of the fastest growing and most profitable aspects of our economy – worth, in 2018, over £101.5 billion. At the very moment that Asian education systems recognise the narrowness of their arts-poor system, Britain, one of the most inventive, quirky and experimental of cultures, seeks to drive its students towards more ‘challenging’ standardised tests.

Alongside the revival of interest in the knowledge-based curriculum, there has also recently been criticism of some of the ideas of ‘creative thinkers’ in education, and on the thoughts of Sir Ken Robinson (see, for example Didau, 2017). Ken Robinson, drama-trained, humorous and witty, unpicks with persuasive rhetoric a lot that does need consideration in a whole education. His TED talk, ‘Do schools kill creativity?’, has had over 57 million hits (Robinson, 2006). And he is right to ask why science and technology have more inherent value than the arts, sport or practical craft-based knowledges. He effectively questions the unintended consequences of increasing high-stakes testing. He notes correctly that a narrow curriculum restricts the full growth of human potential and discusses effectively how narrowly we assess performance. He stresses the need, on occasion, to combine subject disciplines. He also justifiably questions the commercial interests and paradigms within which our system gets caught (Robinson, 2006; Robinson and Aronica, 2015). His rhetoric reveals the value of persuasive oracy and the need to allow lateral thought within the system.

However, much of the criticism of his talk has some validityIn assessment, the degree to which a particular assessment m... More. Robinson argues that as children get older, their ability to think imaginatively of, say, inventive uses of a paper clip declines. He argues that schools play their part in limiting student imaginations and, with this, creativity. I would prefer to see this as the disciplining of ideas into those that can work with real and sometimes unequal, unjust contexts. Constraint fosters but also limits creativity.

Once, in training set by management consultants, I was asked to imagine a perfect curriculum and establish its timetable. As someone who had interpreted each new history national curriculum over time to demonstrate how changing contexts and ideologies influenced how we made sense of the past, this immediately struck me as nonsense (Murray, 1999). We did not live in a world in which it was possible, however romantic, to just imagine ‘perfect’. I set about, in a creative way, critiquing the task: pointing out the legal limits of the curriculum, the ideologies that informed it, the constraints on teacher expertise, supply and demand. My creativity was driven by a deep frustration about what I was being asked to do and I certainly got into the flow of explaining what a useless task this was.

Clearly, I did not, therefore, imagine the full range of curriculum possibilities. When I was nine, running around the playground as Pegasus from Narnia, I would have, when asked, have been much more inclined to joyfully imagine ‘my perfect school’. But this school would, because I was nine and had not yet mastered very much, have been probably disastrous – just as lacking in expertise as the management consultants. They thought that we would, as middle managers, enjoy this ‘freedom’ but, in fact, it felt patronising and frustrating, insulting our expertise and knowledge of context. Rather than think outside the box, I wanted to know how to be creative within it. As middle leaders, we were aware that we lacked real autonomy and that this limited our creativity. But our creativity also thrived on expertly overcoming limitation.

Talent is always grown by mastery of a discipline, by often painful and repetitive practice (Syed, 2011). Skill is not separate from knowledge, whether it be ballet or the craft of joinery. In learning, we are what we practise.

There is a sort of liberal freedom blind to wider social structures that enables creativity to flourish. When an employee at Google or Apple is given a day off ‘to play’, provided that the products they create can be owned and monetised by the corporation, it is easy to forget that this largesse is underwritten by years of accumulated study and expertise, underpinned by a successful set of operating systems. Art used to be pursued primarily by aristocrats or those patronised by them. The growth of state education has allowed more varied cultural opportunities for everyone. As the system of global wealth becomes more unequally held, creative opportunities may diminish again.

Robinson and Aronica (2015) criticise schools for being industrial and standardised like factories. In doing so, they mirror the post-modern critique of Fordist production: that students learn the same things, in the same years, in specialised subjects like cars on an assembly line. Robinson argues that learning needs to be personalised using different models, to fit the age of advertising, of interactivity and consumption defining identity, implying that we have moved into something decisively beyond the modern and yet the factories continue to generate goods on an unprecedented scale, albeit in different locations and in increasingly robotic forms.

And of course, schools should, on the secure basis of effective organisation and timetables, change and experiment with new structures, but let us not neglect what has been hard won in the subject disciplines that exist. Schools, meanwhile, are far from the stereotype that Robinson seeks to present them as. Indeed, if they were, his arguments would hardly have gained such purchase. Most teachers personalise and differentiate learning. Few teachers fail to recognise that once a student has some knowledge, they should be taken through playful ways to test their new understanding. Students are able to work collaboratively, and are allowed some voice and choice, with most staff. Our classrooms vary in their layout and are full of questions. Students are more likely to be able to pursue dance, theatre, music, art and literature to higher levels and in greater numbers than possibly ever before in human history. Most teachers are highly committed to curriculum diversityThe recognition of individual differences in terms of race, ... More and range. Most schools work daily with issues of inclusionAn approach where a school aims to ensure that all children ... More, offer alternative provision and co-operate to ensure that talents are fostered more than ever before.

However, Progress 8 has reduced the value of many subjects, placing arts, some humanities and sports under threat. Austerity means that it is the poorer sections of society, the outsiders, those with SEN and those without a secure cultural voice who suffer this most.

Creativity is important because it demonstrates that not all things should be measured by examinations. An orchestra sounds greater than a graded music examination; enterprise development requires group as well as individual work; a piece of theatre offers the ensemble as well as the star parts; a sporting final involves the synchronicity of the team. The whole often is greater than its parts, although it relies also on lots of individual and broken-down movements to be so. We need to measure all this and to value it more.

Creativity is not just about product but also process. Process is not confined to the arts, although they often see it as more significant. In fact, the concept of ‘creative equals arts’ may be unhelpful. A scientist needs to learn to conduct practical experiments as much as an artist to copy and draw. Both need at times to question the whole paradigm on which their thought is based. Students who engage in any project almost always face a block at some point, learning that they need to pause, come back and redraft and refine; no examination ever allows time for this. Just because process is harder to measure, it should not be undervalued. How we overcome these blocks is how human progress is made.

The more we understand about memory and thought, the more we recognise how creativity is borne of time to mull and percolate. This is because for thought to become deep it needs revisiting in different places and times and remembering again. A system based on purely instruction, test, instruction, test threatens not to allow these gaps for subconscious operation to occur. The creative solution that appeared in the shower or while the sun set on holiday is not an accident. Most great leaders recount how they slept on a difficult problem and awoke in the morning with an answer (Carey, 2015).

Creative practice can appear slow and lazy. But it will be disabling to our humanity if we don’t allow the play, tinkering and experimenting that work to sponsor creative habits over a lifetime. Innovators are successful because they have been given the space to be preoccupied with passions they wish to explore. Creativity requires the allowing of boredom and space. It is, therefore, threatened by our distracted environments. When we have a licence to be more mindful, we are particularly inclined to be creative. When a problem needs to be solved, this engages the effortful thought and practice that Kahneman calls system two, the system that seems driven to understand and overcome difficulty (Kahneman, 2011).

Creativity is important as it allows meaningful interpretation. As such, it poses a threat to those who like everything to be neat and lacking complexity. Sir Ken’s narrative sings to our hearts. It must be replaced not by numbers and blind trials but by a more convincing story that fits more fully with the head and the heart.

We do, indeed, need to place the importance of creativity somewhere at education’s core but not in the liberal way that Robinson argues. Tradition and subject discipline are not necessarily the enemies of creativity.

The paradigm that we need to break is that of inequality, hyper-accountability and a narrow, inhumane, exclusive vision of education. This is as much about freedom to pursue as personal autonomy. The arts, sport, practical crafts and wider humanities are vital because they offer the fullness of what it is to be human, an education in its broadest sense (Snepvangers et al., 2018).

The real issue is that creativity and articulate expression of meaning remain generally the preserve of the privileged. Students at Hills Road still thrive on a rich curricular and extra-curricular programme of classical and popular music, a full range of sport including some you sit down for, art, museum visits, theatre and a well-stocked library. Quality survives despite constraint and austerity. But reviving only STEM and exam traditions threatens to restrict the pursuit of personal meaning. The space to think creatively or write your own story becomes limited. Without this, our education is impoverished indeed!