Does ReadTheory improve students’ comprehension skills and enjoyment of reading? 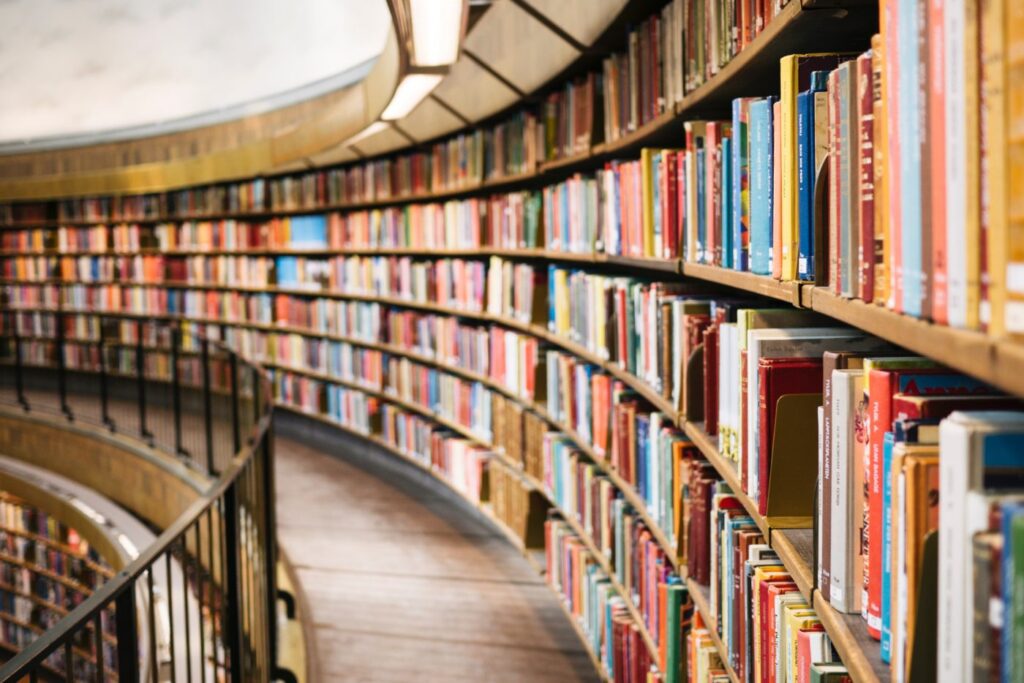 Reading should be a joy at any age, but it can be so much more for children. It can help improve reading attainment, writing proficiency, text comprehension, grammatical awareness and vocabulary development, but young readers can also broaden their general knowledge, gain a better understanding of other cultures, and a deeper insight into human nature. The pastime also creates greater self-confidence as a reader, with reading likely to remain pleasurable in later life (Clarke and Rumbold, 2006).

Nevertheless, it is evident from classroom conversations and sparse reading records that many students choose not to read. Some younger students admit that they find reading boring or apparently lack the time to immerse themselves in a good read. In addressing the situation, I decided to explore whether increasing students’ identification with reading and providing some immediate evidence of its benefits could be the solution.

A teacher in Nottingham introduced me to ReadTheory, a free-to-use American program designed to improve reading comprehension skills for students in Grades 1 to 12 (Years 2 to 13 in the UK). Students encounter a series of factual prose passages and accompanying multiple-choice questions of varying levels of difficulty. Algorithms are used to detect how well students have answered the questions; a score of over 90% will see the student move up a grade level for the next quiz, while a score below 70% will cause them to go down. The system uses Lexile (lexile.com) level information and benchmarks established by the Common Core State Standards Initiative (corestandards.org) to help determine starting points and performance levels for students. Students can monitor their progress but cannot see the progress of others.

An introductory test places students at an appropriate starting level. The quizzes assess understanding of craft, structure, knowledge and key ideas and details in a passage. Knowledge Points are also awarded for good performance; these help to motivate students by providing them with one of 20 status titles (starting at ‘Luminary’ and moving up to ‘Theorist’). This ‘gamification’ helps to keep students engaged and responds to the growing preference for online reading and games (Kapp, 2012).

A 2016 study by the University of North Carolina surveyed over 1,100 professional educators who were using ReadTheory. Over 80% of respondents reported that ReadTheory had contributed to an increase in scores, and over 70% of educators noticed a positive effect on student grades. Nearly 70% of respondents reported that ReadTheory had increased their students’ confidence in taking reading comprehension tests (Romeo, Hock and Plante-Kropp, 2016).

Although these findings were encouraging, I wanted more than a collation of surveys. There is, after all, no independent validation of the program to date. I decided to trial ReadTheory with my 27 Year 8, and 20 Year 9 students. I explained the system and asked all students to complete the pre-test silently on their iPads in class.

I assigned quizzes as homework, with at least two weeks for completion. I would set a total of 100 compulsory quizzes by the end of the eight-month project. Students were encouraged to complete more, if they wished, but I stressed that these quizzes should not be rushed and should all be the individual’s own work. I made it clear that they would otherwise be missing out on the benefits and skewing their own reading data. The ability to monitor every student’s progress remotely made it clear which students were leaving the quizzes until the last minute.

Before the end of the autumn term, I decided that I would award first-, second- and third-place certificates to students who had accrued the most Knowledge Points by a specified time in the final week. By the spring and summer terms, I had also included a ‘Most Progress’ certificate to motivate those students who felt they would never have a chance of securing one of the top three places.

In Year 8, the three students with the highest number of Knowledge Points had completed 447, 441 and 394 quizzes, with the mandatory number being only 100. Their average of 8,401 Knowledge Points against a class average of 2,684 was certainly impressive, but their improvement in attainment was even more pleasing.

As a class, the pre-test average was 6.70G, or just below the level of Year 8. The final average was 7.55G. The students were making progress with the program, however gradual or occasionally flawed.

Although teaching would, naturally, assist improvement, it was clear from student feedback and my observations during the trial that a considerable amount of progress was due to the acute focus on comprehension skills required in these quizzes.

I surveyed my Year 8 and 9 classes after a minimum of 40 quizzes (a month after they started using ReadTheory) to see how they believed its use had helped improve their reading skills and enjoyment of reading. The surveys were conducted anonymously via SurveyMonkey.

I surveyed both classes again at the end of the project, after all students had completed 100 quizzes. The percentage of Year 8 students claiming to love reading had risen slightly from the original one-third of the class. The number who hated reading had dropped from almost a quarter of students to just several.

The number of Year 9 students reading every day had fallen, but a lack of time in the final term due to summer examinations was generally claimed in the survey to be responsible for this downturn. Indeed, over a quarter of students still claimed to be reading a little more since using the program.

The average score out of 100 for enjoyment of using ReadTheory was now 43 for Year 8 and 53 for Year 9. The degree to which students believed the program was helping to improve their reading skills was 46 and 45, respectively. A lack of perceived or real improvement in the ReadTheory quizzes could possibly undermine the confidence and enjoyment for some students, but for others it had proved compelling.

It is worth reiterating here that the students knew that this feedback would be anonymous, which meant they would have felt able to respond freely.

There was visible pride as the students received their certificates for achieving the most Knowledge Points. In both classes, the spring term’s ‘most progress’ award was presented to students who were not in the top three places, revealing that the desire to take these quizzes was unaffected by previous placings.

The anonymous comments in the student surveys revealed that dropping a level was quite demotivating for some students. Some felt that the difference in difficulty for the quizzes was sometimes quite pronounced, and the swiftness with which the system moved users up or down a level was also mentioned. One student said: “There is a massive difference between level 11 and level 12 [and] because of this I am constantly flicking between levels as one is too easy and then the next is too hard.” Another student said the inability to return to questions that had been mistakenly answered was a little frustrating.

Some said they really enjoyed the challenge and the freedom to complete a quiz whenever they had a spare moment. A few students mentioned how the nature of the passages not only broadened their vocabulary but also helped to increase their general knowledge. Several students specifically praised the competitive element and the ability to increase one’s rank, and one student said that finishing a quiz with a perfect score was a real confidence boost. One student wished to see other people’s progress as well as her own, saying that this would be a motivational factor. Two students said they would like to continue using ReadTheory over the coming years, and requested that they be allowed to retain their user accounts.

The final survey also revealed that the main reason students were not reading outside of class as much as they should, was due to a perceived lack of time; homework and co-curricular commitments seem to have affected the ReadTheory results. One student said: “As much as I love reading, I know many of those quizzes have been rushed and I know that at least half the class would agree with me.” This is likely to be, at least in part, the result of students leaving their quiz homework until the last minute. Little and often may, therefore, be the best way to achieve more realistic results and see more convincing improvement.

These initial findings indicate that ReadTheory can be a useful tool to improve students’ reading comprehension. The average reading ability of both classes increased by the equivalent of almost one school year during the project, with some students increasing by two to three years. This may partly be due to the appropriate development of the skills being tested, and it may also be due to a greater focus on the requirements of comprehension questions. Whatever the reason, the students will likely benefit from the repeated process of reading passages, considering questions, and evaluating which of the answers is most likely to be correct.

Besides the attainment data, there were plenty of positive student comments about ReadTheory in the final survey. While some students found the quizzes a chore, and quizzes completed in a rush will certainly have affected those students’ results, many truly enjoyed the program and recognised how it had improved their ability to comprehend passages, whilst widening their vocabulary and general knowledge.

It is also pleasing to note that approximately half of the students in each class said they were choosing to read more because of ReadTheory. Even after the resource became less of a novelty and the students entered the summer examination season, we still had roughly a quarter of each class saying that ReadTheory was inspiring them to read more. The fact that some students were electing to complete between three and four hundred additional quizzes also suggests that they found a considerable amount of pleasure in this particular reading activity.

The competitive element provided by Knowledge Points and the awarding of certificates seems to be more of a motivation for the most-able students who know that completing a few more quizzes will yield a commensurate bounty. Those less-able will possibly feel more frustrated by the fact that they are spending the same amount of time completing quizzes but progressing less. It will take more to convince those students that their hard work will eventually pay off. The ‘most progress’ award certainly had the desired effect by inspiring students to apply themselves a little more, but additional measures are needed to keep the less-confident readers committed to the program. Post-research, with the program being used to supplement our Key Stage 3 teaching, we will use the quiz results to identify which students may need additional help and determine how best to provide it.

Kapp K (2012) The Gamification of Learning and Instruction: Game-Based Methods and Strategies for Training and Education. San Francisco, USA: Wiley

Romeo G, Hock T and Plante-Kropp A (2016) A Preliminary Study Concerning the Effectiveness of an Online Reading Comprehension and Writing Program. University of North Carolina, USA.