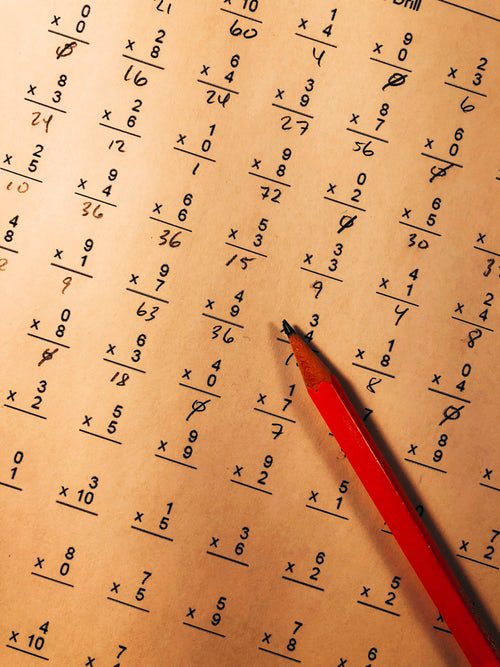 I started teaching mathematics in 2001, and I knew from my sports coaching experience that achievement comes from proper practice, hard work and a belief that success is possible. I was known for the phrase ‘Believe2Achieve’. If a child wanted to improve and had a good coach, then they would.

In terms of mathematics, teachers, parents and children often had the opinion that learning mathematics was a gift given to some people at birth. I did not accept this. Having read Born to Succeed by Turner (Turner, 1994), I believed that psychology had a significant bearing on achievement. Dweck’s Mindset (Dweck, 2006) introduced me to the concept of Growth MindsetThe theory, popularised by Carol Dweck, that students’ bel... and led me to learn more about brain neuroplasticity. I understand neuroplasticity as the brain’s capacity to change. Although this enabled me to inspire students to believe they could learn mathematics, I was a long way from success until I read Teaching Adolescents to Become Learners (Farrington et al., 2012). This is a literature review, which includes evidence on academic mindsets.

Four academic mindsets are identified, only one of which is growth mindset. I needed to address the remaining three types of mindset if I was going to encourage more students to believe that they could learn mathematics.

The four academic mindsets are purpose, belonging, self-efficacy and growth.

Purpose is an attitude where an individual sees work as interesting or valuable to them. Many times I was asked ‘Why do I need to learn about XYZ?’. Early in my career I tried to find a real-life example, but this often made no impression. More recently, I changed tack and started to take two approaches. For some students I told them that they would use that knowledge because of their chosen career. For others I explained that mathematics enables individuals to develop knowledge and skills to be able to creatively solve problems. Society needs people who can think, and learning mathematics is a key element to doing this. This approach worked. When students saw a future benefit (purpose), they were prepared to put effort into learning.

Belonging is the belief that an individual belongs in the academic community. This was a game-changer for me. What is the message given when primary schools teach in different tables or I send students out of the classroom as part of my behaviour management policy? Those students who may be struggling to learn are being told that they don’t belong with those who are learning. I changed my policy of sending children out of lessons, and I know that many primary schools give all children the opportunity to learn the same topics. My school uses sets, but when students asked which set they were in, I replied ‘Mr B’s’. I stressed that they had an equal opportunity to learn mathematics, just as other students did. Every student I taught was encouraged to feel that they belonged in a positive learning environment.

Self-efficacy is an individual having the belief that they can succeed at what they are trying to learn. To emphasise this, I created the strap line #YesUCan. Students, teachers and parents were introduced to this, and I used it as a practical way to summarise that a positive impact is achievable as a consequence of understanding the effect of the four academic mindsets.

Growth mindset is the belief that ability and competence grow with effort. I changed my lesson design and the language I used to create an environment that encouraged this explicitly. Lesson content was planned such that every student was expected to access the topic being covered, with increasing challenge as the lesson progressed. Students were taught that learning requires effort, and for it to become permanent requires changes in the structure of their brains. I had the mantra:

Everyone has the opportunity to know more today compared to where they were yesterday.

Any problem that they couldn’t see a solution to, they should simply think ‘I can’t solve it yet’.

Questions were crafted to elicit mistakes from students. This diagram from Mindset Works (Briceno, 2015) (see Figure 1) demonstrates how mistakes create learning opportunities. The two quadrants assigned to the teacher and students are my interpretation and, when focused on, can have a positive impact on student progress.

I have no doubt that there is a positive engagement in mathematics when teachers, parents and students learn about the four academic mindsets, the power of the single word ‘YET’, and the benefit of making and correcting mistakes. Incorporating academic mindsets into my teaching strategies has led to a classroom where students are inspired to believe that they can learn mathematics. As one student wrote, ‘Thank you for showing me there is a point and that I can do it.’ My response is #YesUCan.