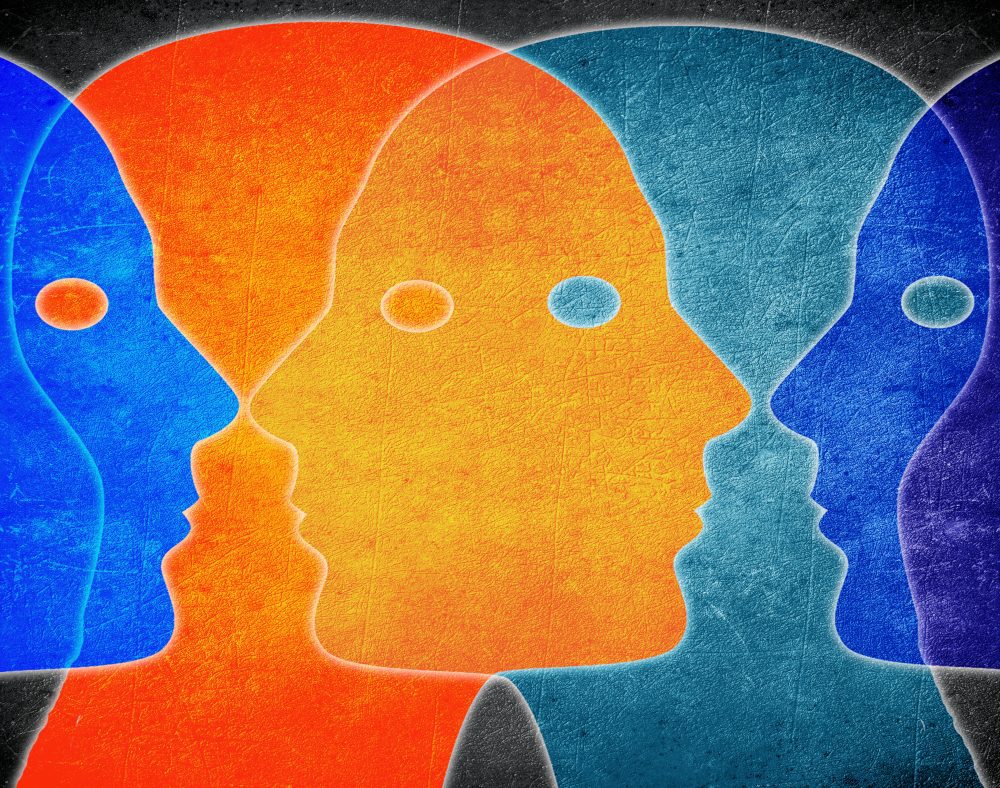 Recent advances in neuroscientific methods have led to an increased understanding of the neural mechanisms underlying cognition and behaviour. In turn, this has prompted a growing interest in the relevance of neuroscience to education. Since the 1990s, there have been an increasing number of journals, societies, courses, online communities and funding calls, all aiming to establish what neuroscience might be able to offer to teaching and learning. Crucially, the link between neuroscience and education exists through the convergence of many disciplines in the wider science of learning.

Perhaps the most important discipline that enables the connection of neuroscience and education is psychology. The study of behaviour and the mind investigates how cognitive abilities and social skills emerge through development. In bringing these disciplines together, along with other relevant scientific fields, the aim is to achieve a deep understanding of the processes and mechanisms that underlie learning, with the goal of improving educational practices and, ultimately, learning outcomes. This interdisciplinary scientific approach is typically called educational neuroscience in the UK, and mind, brain and education in the US.

New brain imaging technologies with sophisticated methodological designs and statistical analyses can be very powerful research tools. Functional magnetic resonance imaging (fMRI) measures oxygenated blood flow – roughly, the regions of the brain that are consuming more energy, which can vary over the course of a few seconds. It provides a good visual of which  brain regions are associated with certain functions. For instance, although the brain is active all of the time, fMRI can identify brain regions that are more active during a certain task, such as mathematical reasoning. Electroencephalography (EEG) measures small voltage changes at the scalp that are the result of coordinated neural firing.. It can identify when certain brain regions respond during a task. It is less good at pinning down exactly which neurons (brain cells) are generating the electrical activity. Both these technologies are safe for use with children and adults and give us new insight into the workings of the brain during learning.

Other technologies that do not measure brain activity can nonetheless add to our understanding of underlying neural processes. Eye tracking, for instance, allows researchers to record eye movements over a screen or, increasingly, in the real world through the use of eye-tracking glasses. Establishing the order in which individuals make fast eye movements towards certain features on a screen during a task can indicate how the brain processes the information. To take a hypothetical example, if children consistently look at the same part of a mathematical equation before getting the answer wrong, we might go on to investigate whether directing their attention to a different part of the equation leads to greater success.

These ever-advancing methods reveal more and more about the underlying cognitive and neural mechanisms of learning and reasoning. The challenge lies in relating this rich information to the classroom.

Translating research to the classroom

Taking an evidence-based approach to teaching and learning requires translating scientific research from the lab into a classroom setting and evaluating its impact. The challenges of translation in the context of neuroscientific research are particularly great, and there is a risk of premature application to the classroom. There are examples of commercial companies selling new techniques to schools before a solid evidence base exists, using the latest neuroscience findings as window dressing to sell their products. These companies contribute to the spread of ‘neuromyths’ in education. Two persistent neuromythsCommon misconceptions about the brain for which there is no evidence are that individuals should be taught based on whether they are a visual, auditory or kinaesthetic learner, and that everyone is either a left- or right-brained learner ((Dekker et al., 2012); see http://www.educationalneuroscience.org.uk/neuromyth-or-neurofact/). On the positive side, the presence of neuromyths among teachers is evidence of their belief that knowledge about the brain will be relevant for learning. Nevertheless, it is important that translation occurs after evidence of effectiveness has been established, to guard against neuromyths.

There are many steps between initial lab studies and educational recommendations for teachers and schools. Neuroscience research is able to inform theories about cognition and behaviour, which can in turn lead to ideas for practice that need to be tested through carefully designed trials. This is likely to be a lengthy process that requires teams consisting of researchers from different disciplines and teachers working collaboratively. This process may prove frustrating for educators who want to see immediate gains and applications from neuroscience research. Nonetheless, it is essential that teachers are part of the translation process, since they will be best placed to fit the research into the realities of school life.

Establishing what works and why

While scientific research is revealing more about how the brain learns and the role of genes, it is unlikely that findings from educational neuroscience will lead to an immediate step change in teaching and learning. Given that many educators have identified effective methods in the classroom through years of improvement, there is clearly already a great deal of expertise in schools. One objective of connecting these related disciplines is to find out why methods that teachers currently use are effective. This greater understanding might lead to even better methods, or simply enable researchers and teachers to share these practices with each other in the knowledge that they are effective. Educational neuroscience does not promise rapid improvements in education as much as link complementary expertise. It is more likely that many different small findings will provide teachers with additional tools to choose from in the classroom.

Medicine provides a useful analogy here. A culture change in medicine moved the profession of doctors to an evidence-based system that still required craft and expertise but also empowered doctors to use scientific findings to decide which course of action to take with a patient (Goldacre, 2013). It is interesting to note that a key hurdle faced by educational neuroscience was once present in medicine: even in the 1970s, some doctors felt that evidence-based practice disregarded their authority and experience (Goldacre, 2013). Similarly, teachers rightly do not want to be told what to do. However, bringing evidence to the classroom should empower teachers to choose the best approach for a particular child in a particular situation.

There are already many examples of successful translation of research to the classroom. The Education Endowment Foundation hosts a Teaching and Learning Toolkit (https://educationendowmentfoundation.org.uk/evidence-summaries/teaching-learning-toolkit) that summarises the results of education trials. The US-based What Works Clearinghouse (https://ies.ed.gov/ncee/wwc/FWW) similarly reviews evidence in an easily digestible format. These sites provide useful snapshot summaries of trials, programmes and practices, with key data reporting effectiveness and cost. While these are a good starting point, it is important to be aware that even the best trials cannot capture everything. Typically, trials are most interested in academic outcomes. However, non-academic outcomes that may be equally important are considered less often: how did the trial impact on teacher stress levels, child motivation or child aspirations? As with medicine, it will take a long time to gather all the evidence required to make well-informed decisions.

Research into adolescent brain development, which has grown substantially over the last 20 years, provides examples of how neuroscience might link to education. Findings from cognitive neuroscience indicate that adolescence may be a sensitive period of brain development (Fuhrmann et al., 2015). This hypothesis was tested in a large study, where the ability to learn relational reasoning increased over adolescence (Knoll et al., 2016). This finding demonstrates that late adolescence remains a key age for learning new skills, despite the fact that compulsory education often ends by 16 years of age (Fuhrmann et al., 2015). It runs counter to the prevailing wisdom that younger children will always have more ‘plastic brains’ and learn more quickly.

In line with these findings, research has shown that an individual’s IQ score, measured with standard verbal and non-verbal tests, can fluctuate during adolescence (Ramsden et al., 2011). Interestingly, changes in brain structure closely mirrored the changes in IQ, indicating that fluctuating IQ scores were not simply the result of errors in test administration, design or coding, but represented real changes in ability. This finding has important implications for education. It is widely assumed that an individual’s IQ score is stable across their life. It is clear, however, that this is not the case, and that the IQ of a child relative to other children of the same age may change over time (Ramsden et al., 2011). These findings, alongside those related to sensitive periods, suggest that education should continue through adolescence in order to utilise the window of opportunity for learning in late adolescence.

Adolescents show heightened sensitivity to reward compared to children and adults, alongside changes in reward-related brain function (Crone and Dahl, 2012). A large-scale project is currently investigating how the use of rewards might improve learning in secondary school science (Education Endowment Foundation, 2017). Neuroscience research suggests that dopamine levels in the brain rise during uncertain reward, which may enhance attention and learning (Howard-Jones and Jay, 2016). The project therefore aims to establish the effectiveness of a classroom-based team game within science lessons, whereby points for correct answers are given depending on chance. If the results of this project prove promising, they will provide support for the idea that using games with uncertain reward in the classroom may improve learning, challenging the notion of reward consistency in school (Howard-Jones and Jay, 2016). Further neuroscience research indicates that the most salient rewards during adolescence are social rewards, such as peer acceptance (Crone and Dahl, 2012).

Communication and collaboration across disciplines

Communication and collaboration are key tenets of educational neuroscience. In addition to bringing together researchers from multiple disciplines, teachers too are a key part of the conversation. Discussions between educators and researchers will lead to scientific research that addresses questions of importance and interest to teachers. Where neuroscience and psychology lead to specific predictions about what might work in education, teachers will be able to provide important perspectives on the feasibility of these ideas and how they might be implemented in schools. Being prescriptive will interfere with a teacher’s professional autonomy, while providing new tools and information drawn from scientific research will enable teachers to choose the most appropriate method for a given scenario in their own classroom. Ideally, the involvement of teachers early on in the research process will mean that each programme of research can be shaped by the needs of educators. Educational neuroscience aims to better understand all factors that influence a child’s learning, from the biological to the social, in order to improve teaching and learning.