Redrawing the cross-curricular map: An interdisciplinary approach to curriculum design across the humanities 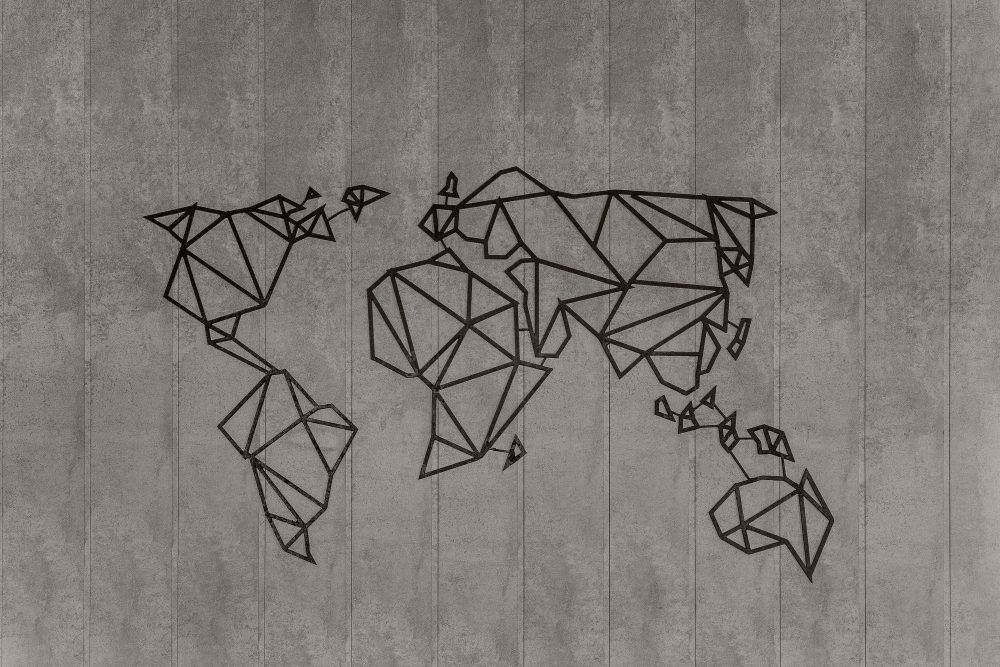 Can a curriculum be truly ‘broad’ and ‘coherent’ if opportunities are missed to forge insightful inter-disciplinary connections between subjects?

Mary Myatt (2018, p. 128) suggests that ‘cross-curricular planning has had a bad rap in recent years’. Cross-curricular initiatives have often failed due to a muddled genericism and a doomed attempt to forge tenuous connections based on vague ‘themes’ or universalised domain-independent skills such as ‘communication’, ‘critical thinking’ and ‘problem solving’. Kirschner and Hendrick (2020, p. 15) draw on the work of John Sweller to claim that these skills ‘don’t exist’ as ‘domain-independent’ entities and that students can only achieve a sense of true academic mastery through the acquisition of subject-specific substantive knowledge.

However, to treat subjects as hermetically sealed ‘silos’ is to miss valuable opportunities for powerful cross-curricular interleavingAn approach to learning where, rather than focusing on one p... and dialogue across what might be termed ‘meta-domains’ such as the humanities and STEM. Moreover, it is to miss a valuable opportunity to connect each humanities subject within the deeper structural schema of the ‘history of ideas’: the story of the development of the key principles that have shaped Western culture, from ancient Greek notions of aesthetics, ethics and liberty to 21st-century conceptions of feminism, decolonisation and identity.

Opportunities might also be missed to make interdisciplinary connections at a procedural level, in areas such as essay writing and debating. Daniel Willingham (2016, p. 6) emphasises that teachers should ‘include opportunities to… connect… new material to prior knowledge wherever possible’. Surely, then, it is useful for teachers to be aware of how common elements of substantive and procedural knowledge have been taught previously in other humanities subjects so that insightful connections can be made when students encounter them again through a different disciplinary lens?

This critical perspective will explore what a research-informed approach to cross-curricular planning might look like across the meta-domain of the humanities (defined here as encompassing English, history, religious studies (RS), geography and the arts). Attempts at cross-curricular planning have often failed because leaders start with an abstract idea or skill and try to shoehorn multiple subjects into its service. I will argue instead for a cross-curricular approach that starts with a discussion of the unique, knowledge-rich curriculum maps within each subject domain and encourages teachers to find points of authentic substantive and procedural connection. I will argue that these points of rich connection should be explored in everyday lessons and not just in one-off inquiry days.

How, then, can insightful cross-curricular connections be made across the history of ideas without compromising the integrity of each unique subject discipline?

At its worst, cross-curricular planning is driven by a vague ‘theme [which] is extended to every subject regardless of whether it fits’ (Myatt, 2020, p. 128). The logical extreme of this temptation, as considered by Peter Hyman (2021), is to argue that students should study ‘interdisciplinary courses, not just single subject courses’ and that we should follow the lead of ‘some independent and state schools [who] are devising their own [interdisciplinary] courses on migration and climate change’. The problem with this approach is that it risks eroding the boundaries between subjects and reducing students’ disciplinary knowledge so that they miss out on the unique lenses, perspectives and procedures for epistemological inquiry that each discipline can provide on an issue.

A better starting point for curriculum leaders seeking to find interdisciplinary connections across the humanities would be a comparative discussion surrounding the authentic subject-specific curriculum maps designed by each department. If these curriculum documents are sufficiently knowledge-rich and informed by an understanding of the ‘chronological axis’ (Ashbee, 2021, p. 81) and the history of ideas within each subject, then it is likely that points of natural conceptual connection will emerge.

The ‘chronological axis’ that underpins history, English, RS and the arts can be harnessed to provide a strong organising principle for the elucidation of these points of comparison. In history, the chronological axis involves ‘the [simple] idea that events happen over time and relate to each other over time’ (Ashbee, 2021, p. 81). However, the notion of a history of ideas is another chronological lens that might be applied to the discipline, enabling historians to trace the development of concepts such as liberty and empire through distinct intellectual epochs such as the Renaissance and the Enlightenment. In the case of English, art and music, this chronological axis involves an elucidation of the ways in which changing socio-historical contexts have shaped the development of literature and other art forms and the ways in which individual artists and artistic movements, such as Romanticism or modernism, are influenced by and reacting against previous practitioners and movements. In RS, the chronological axis can be fruitfully employed to trace the development of the Abrahamic religions, from the origins of Jewish monotheism to the growth of Christianity and Islam and the seismic convulsions caused by the Reformation and post-Darwinist secularism.

Faced with the power of the chronological axis, one temptation might be to arrange the curricula in history, English, the arts and RS in parallel so that each subject starts with Ancient Greece and ends with the post-modern era. However, while some form of chronological narrative within each subject domain is likely to be beneficial, a rigidly parallel cross-curricular approach to chronological organisation is likely to be both impractical and suboptimal for long-term knowledge acquisition. According to Ebbinghaus’s ‘spacing effect’ (1913) and Bjork and Bjork’s notion of ‘desirable difficulties’ (2011), a more fruitful approach would be to ensure that key areas of cross-curricular connection are spaced out and interwoven across Key Stage 3 rather than massed in immediate succession, so that long-term schema acquisition is enhanced.

Thus, knowledge gained in a Year 8 unit on the Russian Revolution in history can be revisited and strengthened through retrieval practice in a Year 9 English unit on Animal Farm. However, for this process to happen effectively, it is vital that dialogue occurs between the relevant departments so that sequencing decisions are optimised. Thus a history leader might conclude that it would be better to move their unit on the Reformation until later on in the year so that students encounter key Catholic conceptions of transubstantiation and the sanctity of marriage in RS first.

If curriculum maps across the humanities are compared and discussed with an awareness of the wider framework of a ‘history of ideas’, then it is likely that some shared conceptual threads will emerge. If climate change emerges as a cross-curricular theme, then leaders might decide to make its status more explicit as an interwoven thread – so, for example, students learn about the physical mechanisms underpinning climate transformation in geography, before examining the socio-political consequences of climatic disturbance in history (from the Ice Age to the Industrial Revolution) and literary expressions of resistance to pollution in the work of the Romantic poets. This interwoven approach is likely to be more effective than Hyman’s notion of an interdisciplinary ‘climate change course’ because the unique insight provided by each disciplinary lens is preserved.

Another example of a cross-curricular concept that might emerge is the tension between free will and determinism, a concept that has its roots in religious and philosophical enquiry but has come to shape debates in areas such as intentionalism versus structuralism in history, theories of tragedy in English literature, and notions of geographical and biological determinism in the sciences and anthropology. Additional examples might be empire and post-colonial identity, capitalism, equality, liberty and the ambiguous and unreliable nature of language. Once elucidated, these transcendent concepts can prompt teachers and students to activate prior knowledge and make insightful connections between subjects without compromising the epistemic integrity of each unique domain.

Insightful connections can also be established at ‘word level’ if a shared schematic language is developed across the humanities. Alex Quigley emphasises the importance of Beck et al.’s (2007) finding that ‘students need to encounter new words at least ten times before… reproducing them in their own speech and writing’ (Quigley, 2017, p. 71). These tier 2 and tier 3 vocabulary ‘encounters’ are likely to be more frequent and more effective if departments across the humanities have identified word-level connections across their respective schemes of work.

For example, if vocabulary lists and curriculum maps are compared and definitions and etymological stories surrounding key words such as ‘colony’, ‘capitalist exploitation’, ‘missionary’ and ‘post-colonial identity’ are shared at cross-curricular meetings between the English, geography and history departments, then students are much more likely to build a strong schema surrounding the concept of colonialism, while also appreciating how each subject provides a unique critical lens through which to examine the legacy of empire.

Once areas of substantive connection are established between humanities subjects, attention can be turned to procedural knowledge.

Drawing on Christine Counsell’s notion of subjects as ‘truth quests’, Ruth Ashbee (2021, p. 38) argues that ‘theology, history, literary criticism, art and some aspects of geography’ are all subjects that involve ‘interpretive quests’ that eschew the search for ‘objectivity or single truth’ prioritised in science and mathematics.

Essay-writing provides the dominant form for this discursive ‘interpretive quest’ within the humanities. However, attempts to establish common procedural steps for essay-writing have often resulted in reductive straightjackets such as ‘PEE’ (point, evidence, explanation), which warp students’ writing into simplistic descriptive overviews rather than genuinely discursive arguments.

A more sophisticated interdisciplinary approach would be to prioritise the explicit teaching of a sophisticated essay ‘meta-language’ across the humanities, so that students become familiar with concepts such as ‘thesis statements’ and ‘counter-arguments’ and begin to craft their essays into discursive arguments. Humanities teachers can make this explicit by developing a shared approach to encouraging argument, debate and diversityThe recognition of individual differences in terms of race, ... of interpretation in lessons – for example, giving students contentious thesis statements concerning historical events or literary characters and asking them to generate counter-arguments, or through the explicit modelling of tentative academic language to tease out differences of interpretation.

Secondly, while it is important to preserve the integrity of the unique essay style within each subject discipline, it is arguably fruitful for middle leaders to work together to identify areas of similarity within the step-by-step essay-writing procedures across the humanities. Hochman and Wexler’s The Writing Revolution (2017) provides a framework for the systematic teaching of crucial procedures for essay-writing that transcends individual humanities subjects, from ‘single paragraph outlines’ to the crafting of compelling thesis statements and topic sentences. Hochman and Wexler’s approach can liberate students from restrictive writing frames because the focus is on mastering a variety of sentence forms – from appositives and subordinating conjunctions to statements of causation and contrast using ‘because, but, so’ – that students can employ in various permutations at different stages of an essay.

Ruth Ashbee (2021, p. 22) reflects the mood of much of the current discourse surrounding the curriculum when she argues that leaders should prioritise ‘subject specialisms over genericism’.

However, while the integrity of the individual subject must always come first, there is arguably an opportunity cost for schools who fail to encourage interdisciplinary dialogue across the meta-domain of the humanities. This interdisciplinary dialogue should aim to establish powerful points of connection at the level of substantive and procedural knowledge within the curriculum. Cross-curricular thinking has the potential to equip students with the ‘genuine creativity’ identified by employers as essential for 21st-century ‘artificial-intelligence-resistant’ careers (Mahdawi, 2017), by fostering the capacity to make perceptive connections, to forge insightful new syntheses and to bring multiple disciplinary lenses to bear on complex problems. Ultimately, a thoughtful and sensitive interdisciplinary approach is needed more than ever to ensure that challenges such as decolonising the curriculum or confronting the existential threat of climate change are met on a deep, insightful and genuinely transformative level. 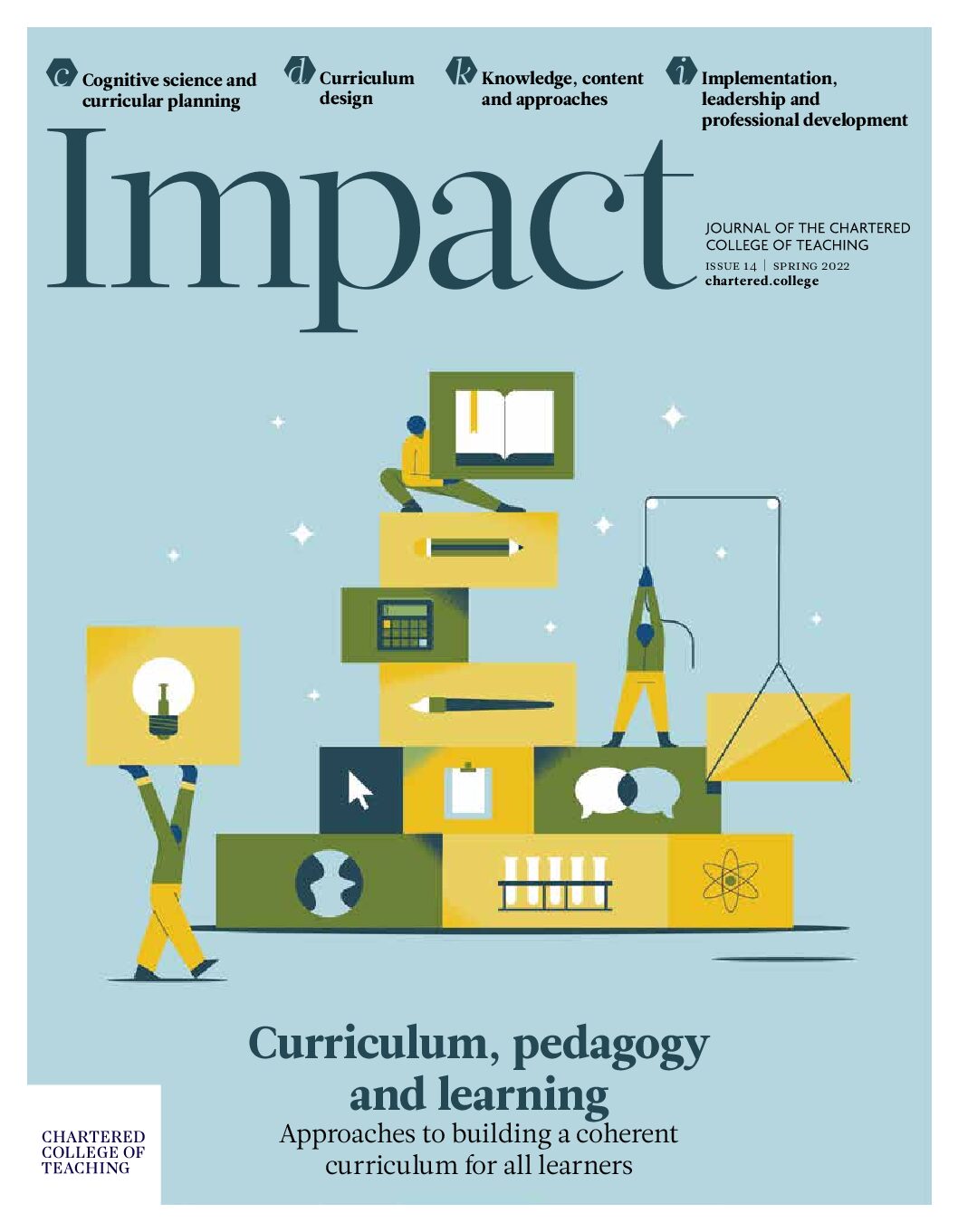