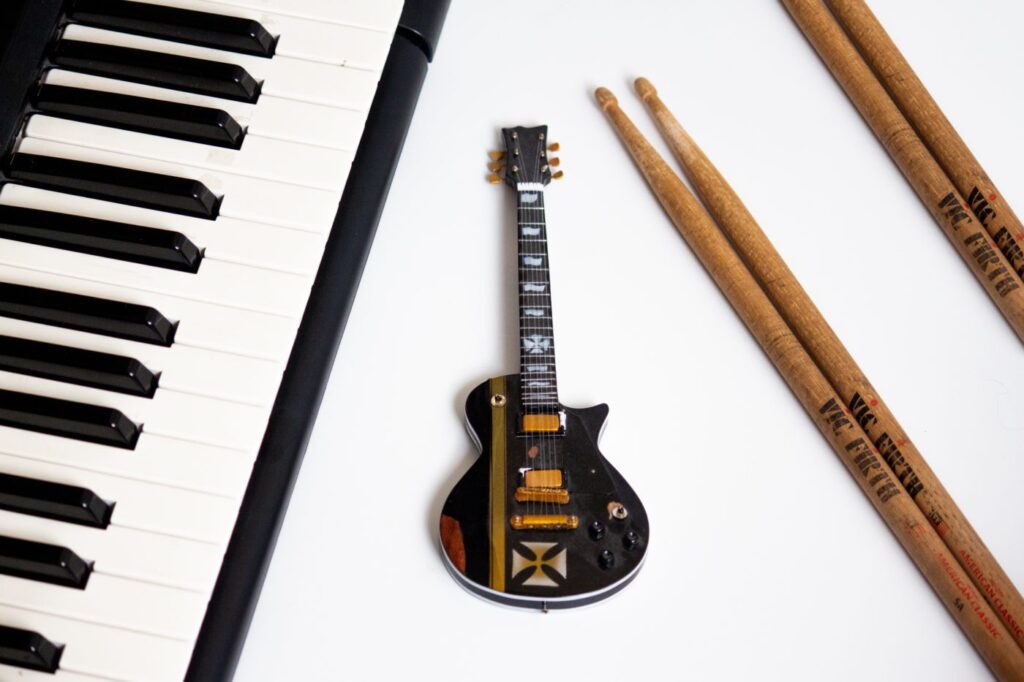 Cross-curricular learning can be a fantastic tool for capturing students’ attention and inspiring them to learn and make connections across subjects. However, with a subject like music, which relies on the progressive development of skills (rather than the amassing of non-linear knowledge), a topic-based approach can be problematic.

As Mills (2005) noted ‘It is difficult to believe that anyone actually tries to teach music unmusically. Why should they want to do that? So, what is it that sometimes stops hard-working, thinking, committed music teachers from teaching musically: through musical activity in a way that leads students – all students – to make progress as musicians?’

I would argue that in a primary school context, it is often the adoption of topic-based learning that leads to an unmusical approach to the planning and delivery of music. In the words of Gazard (2010), ‘The challenge to be overcome is this: in almost all cases music will come second in the thought process.’

Topic-based learning often relegates music to ‘singing a song about…’ or ‘listening to music from…’ Even where teachers are proactive about including composing and improvising, this is often planned as an activity that will enhance the topic, rather than facilitate the progressive development of musical skills. Topic-based learning often also leads to irregular lesson slots, which for a skills-based subject like music can be damaging, and there is also the issue of unmusical activities being shoehorned in, such as creating a timeline of composers’ birth and death dates, or as I observed on one memorable occasion, colouring in a picture of Beethoven’s head!

However, as Harrison (2011) notes, topic-based musical learning doesn’t necessarily need to be this way: ‘making these links does not inevitably mean that music is relegated to being the servant of the other subjects – the sort of scenario in which children learn songs about historical events or the value of the environment without actually learning to sing any better. As long as the musical goals are clear, cross-curricular links can enhance children’s understanding of music and make it more relevant.’

I find it helpful when planning within a topic-based structure, or indeed any structure, to think of the concept of the spiral curriculum, which is well established in music education thanks to the work of Bruner (1960), and later Swanwick & Tillman (2001).This is a useful approach to bear in mind, as it reminds us that each of our musical activities within a topic-based approach must build on from the ones that have gone before, which then avoids us jumping around, between, and over skills that have not been progressively developed, avoiding what Fautley (2019) describes as ‘the ‘Cook’s Tour’ approach to curriculum planning.  Add to that the consideration that all of the strands of the music curriculum (performing/composing and improvising/listening/notation/history) need to be covered each year, and pretty soon the music part of our topic-based planning is looking more coherent.

An approach that I have found particularly successful when planning a scheme for use across multiple state primary schools, is to try and tie in one of the interrelated dimensions of music with each of our proposed topics, and explore these in a greater level of depth each year through the different music curriculum strands.

Starting with a Year 1 topic on minibeasts, we explored the concept of tempo (calling it ‘speed’). We started with movement activities pretending to be different types of minibeasts and noting the speed of their movements, and then translated this into an individual improvisation with each child playing at an appropriate speed on a suitable untuned instrument (such as slowly on a guiro for a worm, and quickly with maracas for a bee). We sang and played on tuned instruments a song about minibeasts, which included a tempo change, listened to some pieces of music about minibeasts and discussed whether they were fast or slow.

We then followed this up in Year 2 with a topic about space, this time introducing the formal term tempo, and looking out for rallentando (slowing down), and accelerando (speeding up), as well as sudden tempo changes. Again, we sang and played on tuned instruments a song about space which included a tempo change, and was more challenging in terms of range and technique. We also composed our own music in small groups (a more challenging activity than an individual improvisation, requiring teamworking and ensemble skills, as well as refinement and recall). The piece was called ‘Blast Off’ and used vocal sounds, body percussion, and untuned instruments, which started slowly with a countdown and then sped up as the rocket blasted off into space.

The process for this can be summarised as:

When we get it right, the delivery of music through a topic-based approach can be really rewarding for both staff and pupils, but when we get it wrong, we run the risk of overstretching our pupils’ skills and taking the fun out of music altogether. As Lynley Benbetka of Fleet Primary School, London (2019) puts it: ‘I have found working within a topic-based curriculum both rewarding and challenging from the point of view of musical progression. Rewarding because I am able to make real links to learning through music. Challenging because I am constantly trying to ensure progress in my pupils’ musical learning. I’m constantly asking myself: where is the link to musical progression?’