Starting with the self: How students at risk of exclusion can create meaningful change in society 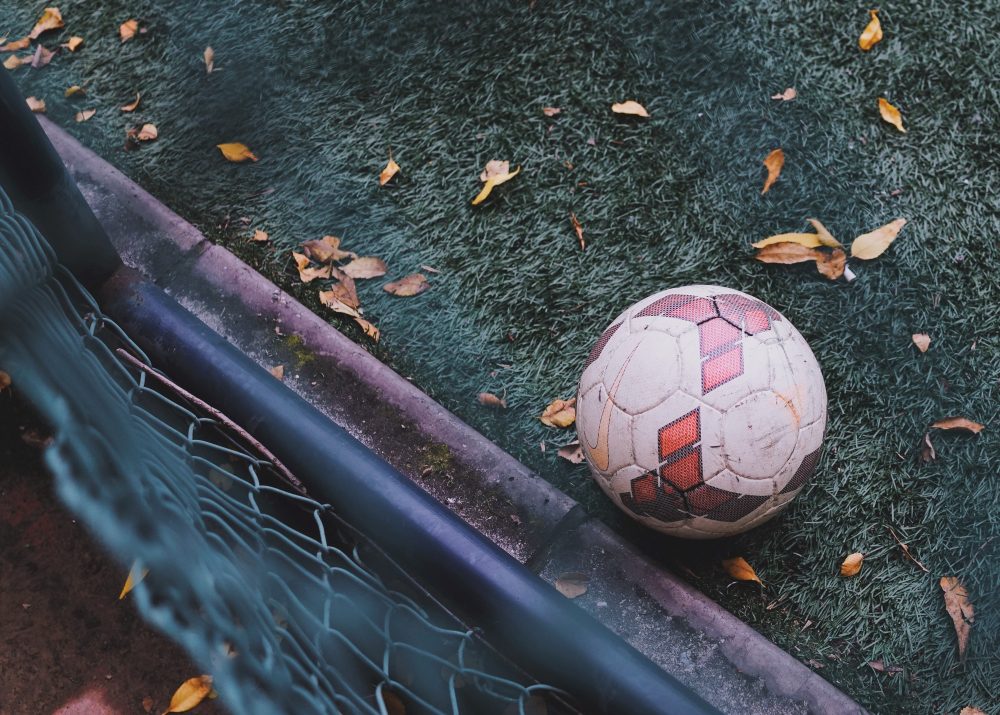 Football Beyond Borders (FBB) is an education charity that supports disadvantaged young people who are passionate about football but disengaged in school, in order to help them to finish school with the skills and grades to prepare for a successful transition into adulthood. We do this by providing long-term, intensive support, built around relationships and young people’s passions, both in the classroom and beyond.

This article explores our approach through the lens of a social action project delivered to 50 students from three schools in London between April and June 2019. Fifty-six per cent of the group were eligible for Pupil PremiumAdditional funding for publicly funded schools in England to... More, 95 per cent lived in the bottom 50 per cent IMD (Index of Multiple Deprivation), and 40 per cent were deemed at risk of exclusion. The students, all female, were aged 12 to 15 and had been on the FBB programme since September 2018. The article draws on my experience as the lead practitioner and on interviews conducted with students, parents, teachers and staff members.

When young people begin the FBB programme, they have been identified by the school as students who are disengaged with education and/or at risk of exclusion. Social action forms part of the curriculum in the latter half of the programme. Before embarking on a project that encourages students to change the world around them, we recognise that ‘pre-work’ needs to be completed in order for students to feel the necessary sense of agency inherent within a social action project. Our curriculum explicitly develops social and emotional competencies (CASEL, 2020) through football-themed projects. In 2019–20, 68 per cent of our cohort deemed at risk of exclusion improved their social and emotional skills (FBB, 2020). Our approach aims to invert the traditional social action theory of change, whereby external achievements (involvement in social change) lead to internal change (increased aspiration and engagement). Our approach is based on the premise that for disengaged young people to meaningfully engage with social action projects, they must begin by developing their own existing skills of self-awareness and self-regulation. We start with the internal in order to engage with the external.

Many FBB students have insecure attachments that make it difficult for them to engage in conventional classroom settings. Attachment theory underpins our practice. The basic premise of attachment theory is that children need a secure attachment with at least one primary caregiver for healthy social and emotional development to occur (Bowlby, 1988). In attachment thinking, there is a focus on the journey from auto-regulation (automatic physical processes over which a baby has no control) to co-regulation (how the carer calms the baby, feeds them and soothes them, and does this at fewer intervals as the child develops) to self-regulation (the child learns the ability to do these things independently). Young people with poor attachment experiences often miss the co-regulation stage and find it hard to regulate their emotions (Purvis at al., 2013). It is difficult to expect a young person to believe that they can influence change in their community if they feel that they don’t have the power to manage changes in their own emotional state.

We create relationships that provide young people with the space and support to learn to regulate their own behaviours and begin to shape their lives. For example, we develop self-awareness and self-regulation through a project that teaches regulatory techniques using the metaphor of taking the ‘perfect penalty’ on a football pitch. Students learn about the prefrontal cortex and develop strategies to regulate, in order to make rational decisions in heightened emotional states. Learning takes place in the classroom and on the football pitch, using questioning to encourage reflection. We see football as a safe space to demonstrate and learn from positive and negative emotions. By becoming an attachment figure in the lives of students and providing the framework for regulation, practitioners improve behaviour for learning at this first stage, creating the conditions for more advanced learning about the world around them.

Once the tools are in place to regulate emotions and form healthy relationships with attachment figures, the focus turns to developing their relationship skills. The groups involved in the social action project were from three schools. The project necessitated group-work. This would not have been successful unless the students had developed self-awareness and self-regulation within their own groups first. It was paramount to build bonds with their immediate peers and teachers, through sessions that focused on teamwork and shared challenges. It would have been difficult to expect girls to work with one another on a social action project without this step.

The work on self-awareness, self-regulation and relationship skills took place every week for seven months. Only once the students had the skills in place to emotionally regulate and had developed healthy relationships with their practitioners, peers and teachers were they in a position to engage with social issues and to believe that they had the ability to create change. In April 2019, we began a social-awareness project called ‘The Women Who Changed the Game’, addressing the issue of women being overlooked in history. The young people created a magazine featuring women from the nations of the FIFA Women’s World Cup, both historical research pieces and interviews conducted with women from the nations who lived in London. They interviewed musicians, novelists, campaigners and artists to understand how these women shaped society, and documented their stories in a magazine that would live beyond the tournament. The magazine was launched at a public event with an interactive, youth-led exhibition.

The interviews showed that the primary beneficiary of the project was intended to be – and was – the girls on the programme. The secondary impact was to raise awareness of ‘game-changing’ women from history and the present, challenging public perceptions of what women could achieve. We found from parents and FBB staff that event attendees gained more positive perceptions of women that challenged the stereotypes associated with female teens as a whole, with one father stating that ‘it opened my eyes to these new women, maybe because I’m a man. [My daughter] reeled off “this woman did this, and this one did that”. She was retaining the knowledge. I felt proud because she knew more than me.’

The intended double-benefit of the social action project was evident. The girls’ confidence and aspirations were raised, and they had reframed people’s opinions on women. This resulted from the girls having developed the skills to engage in social action (regulation, collaboration, etc.), which helped them to feel able to work cooperatively and speak in front of audiences.

Beginning a social action project assuming that students have these skills in place is an oversight. To meaningfully engage with societal issues and believe that they can make a difference, students must feel like they can master their immediate realities first. Work must be done with the young person to address this: we need to create safe environments for young people to self-regulate, build relationships and succeed in addressing the social issues that affect them the most.

Note: This author of this article is an employee of Football Beyond Borders (FBB).

Collaborative for Academic, Social and Emotional Learning (CASEL) (2020) What is SEL? Available at: https://casel.org/what-is-sel (accessed 25 September 2020).