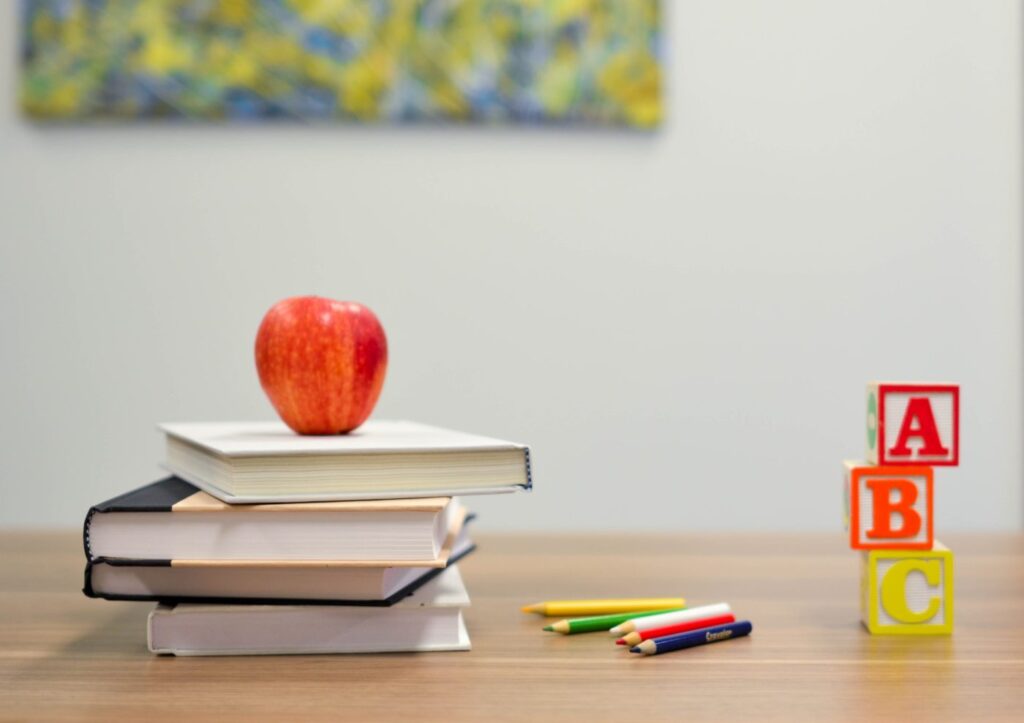 Imagine a world where every child in your Primary classroom is the proud owner and reasonably competent user of a smart phone. Perhaps in your school this is already true. Ignoring for the moment the full potential of this situation, including the use of the internet and social media for learning, this research focuses on the possibilities of using such technology as a classroom learner response system.

Hands up! Show me your thumbs! What is happening at the traffic lights? Hold up your mini-white boards! Many teachers are already using ‘classroom learner response systems’. Their practice is informed particularly by the learning power of ‘feedback’ or ‘formative assessment’ (Black et al., 2003). However, effective implementation of formative assessment in a complex classroom setting involves more than adopting a set of techniques. In a study of Primary teachers in Scotland, the intention of the teachers to develop independent learners (self-assessors) as part of assessment for learningKnown as AfL for short, and also known as formative assessme... (AfLAssessment for Learning (also known as formative assessment)...) practice was labelled as the ‘spirit’ of AfL (Marshall and Drummond, 2006). Some of the teachers nurtured the development of self-regulated learners, but others merely adopted techniques ‘off the peg’ without considering the learning culture within their classrooms, for example – whether struggle and mistakes were embraced as opportunities for learning. A survey-based study of AfL with 500 classroom teachers identified a tension between the teacher-value of developing learner autonomy and the pressure to maintain a performance orientation: teaching to the test (James and Pedder, 2006). In our study, the introduction of the learner response technology also had to integrate with teachers’ existing practices and purposes.

Our study focused on 36 primary school teachers in three districts of England: Carlisle, West Cumbria and East London, who were mainly teaching 6 to 8-year olds. The study investigated how the teachers mediated a newly introduced classroom learner response technology system, focusing on how they integrated the technology into the existing strategies and learning culture of their classrooms. The technology we used were class sets of ActiveExpression2 pods from Promethean (https://support.prometheanworld.com/product/activexpression2). Many of our teachers were already familiar with the associated software, having used interactive whiteboards from the same company. This classroom learner response technology was self-contained and did not involve the internet or social media.

In a one-year project the 36 teacher researchers embedded into their lessons the use of presentation and analysis software and a class set of learner response pods (similar to a smart phone). The system enables teachers to adopt at least three possible strategies. First, to pose a whole-class question and share the children’s individual responses via a data projector leading to buddy-talk and whole-class interactive discussion. Second, to develop quiz type activities focusing on recall, for example, of number facts and times tables, using existing resources or composing them with the software provided. Third, to monitor children’s individual work: children submit their answers to tasks using the pods when working through existing hard copy worksheet activities, and the teacher gets live feedback with a red, amber, green coded class set of results appearing on their computer or tablet. In both the second and third cases, the software helpfully enables the teacher to keep ongoing records of individual children’s attainment in the tasks.

We collected teacher diaries for two-week periods after 8 and 18 weeks of introducing the technology. Teacher reviews of learning tasks and children’s voice provided additional sources of data. Teacher focus groups allowed them to contribute to data analysis.

Teachers used a variety of task designs. Recall type tasks were used in maths, and in spelling, punctuation and grammar. Tasks that were designed to provoke dialogue were used in subjects such as literacy, science, geography and history. In maths, in addition to recall tasks including times tables and key number facts, the teachers also submitted reviews of ‘self-paced’ tasks.

Not surprisingly perhaps, teachers frequently (31)highlighted feedback, in relation to formative assessment, as a positive aspect of using the learner response technology:

Immediate feedback to children, they knew right and wrong answers…Children could correct as they went as opposed to waiting for teacher feedback…

Many teachers (14) commented that formative assessment was useful for informing them of pupils’ misconceptions or struggles, and pointed out the advantage of being able to monitor this more easily using the technology:

Children received instant feedback, marking completed for the teacher and analysis provided, children were able to correct work as they went as opposed to waiting for teacher feedback, freed up the teacher to allow them to work with children who were having specific difficulties, teacher could track progress during lesson and address any difficulties…

It is worth considering the quality and level of feedback involved. The automatic feedback is constrained to task level, what is missing or incorrect, rather than including feedback at a process level – focusing on strategies to improve ways of working, or at a metacognitive level – provoking self-assessment and learning to learn. However, feedback in some tasks includes seeing the answers of other children and in others includes peer and teacher feedback on answers.

The anonymity of responses sent via the pods is claimed in the wider literature on learner response technology to avoid inhibitions of students, and this may well be the case with multi-choice questions in large groups of older students (Bruff, 2009). However, the issue of anonymity seemed less clear cut to teachers in the study, with their classes of around 30 young children:

I found all children were really engaged with the task, particularly my reluctant writers…were happily texting in ideas…it also provided vocab[ulary] for them to ‘magpie’ [collect ideas from others]… it motivated my higher ability writers to pull out all the stops and send in something really good!

This response is illustrative of many teachers who suggested that anonymity was not always important to their children, who often claimed their idea out loud as it appeared and was discussed by the teacher. However, in other classrooms the teachers detected social issues around the sharing of responses that have errors, including spelling errors:

The impact of the Pods on the learning environment in these contrasting classrooms is perhaps to emphasise the social relationships and rules that previously existed.

Even when used over a prolonged period, the teacher survey and focus group data, as well as the children’s survey data, showed that the technology remained remarkably popular with the majority of teachers and children. Survey responses from 800 children were overwhelmingly positive, although it is important to note that a small minority of pupils expressed a preference not to use the technology. It is also important to note that teachers found it time-consuming to design complex learning tasks themselves. They tended towards using a limited range of ‘off the peg’ tasks provided with the technology and towards basic recall tasks for which the technology arguably is particularly suited. After 6 months, the median frequency of learning tasks each day using the technology was 1.4. Based on teacher diaries, 51% of the activities using the technology were individual pupil tasks involving recall. Most of these were maths, including times tables (37%) but some tasks involved recall of spelling, punctuation and grammar. In subjects other than maths, including English, teachers also used learning activities to share ideas and generate dialogue in buddy pairs or as a whole class.

The technology on its own provides useful prompt feedback but it is only at a low level – right / wrong. Our analysis identified a tension between the value of prompt automatic feedback and the quality of that feedback. The teachers recognised to varying degrees the limitations of the technology in terms of feedback.

The teachers found that the technology did support pupil engagement, at least at a behavioural level. However, our analysis identified a tension between achieving children’s engagement and setting them higher level cognitive challenges. The teachers found that the technology tended to support recall tasks or at least closed tasks and they mainly used it for those kinds of activities.

The teachers were able to create new digital resources using the software provided. However, they found this time-consuming and therefore mostly used the limited resources that had been provided along with the technology or used hard copy resources and designed only simple tasks within the software itself. The teachers aimed to achieve higher level challenge by using the technology in creative ways to enhance paired and whole class interactions.

An individual teacher in the study explained that the use of the technology for times tables recall tasks was not considered as compatible with the school’s mastery approach to mathematics lessons which emphasises the development of fluency alongside conceptual understanding. He did use the technology for times tables but at another time of the school day separate from ‘mathematics’ lessons. This single case highlights a tension between rote learning and a school’s development of an explicit subject discipline pedagogy. The vast majority of teachers in our study, in particular acknowledging the influence of the newly introduced times tables tests for Primary pupils, justified frequent, often daily, recall times tables tasks as a pragmatic and necessary element of teaching mathematics and welcomed the technology in making that more engaging for pupils.

The analysis identified an overall tension within the teachers’ practice using the classroom learner response technology between developing the pupils as learners and preparing them to perform in national tests. This finding is in line with the tension identified in the survey-based study on assessment for learning implementation by James and Pedder (2006). We considered this tension to focus on the contested object of learning (the purpose of education) between the classroom and the wider national policy framework. Despite the agency of the teachers their mediation of the classroom learner response technology is strongly influenced by the wider policy framework of national tests, inspection and school league tables that exists in England.

The introduction of classroom learner technology needs to be accompanied by professional learning for teachers so that their mediation of the technology is able to resist wider high accountability pressures and focus on the potential of the technology to promote dialogue, collaborative learning, formative assessment with high quality feedback, and high expectations and challenge for all pupils. Our analysis suggests that a particular classroom technology may offer affordances towards particular forms of learning. Teachers need to be critically aware of ways in which their workplace context might make those affordances tempting, but not necessarily aligned to their broader curriculum aims.

We acknowledge the energy, commitment and creative approach of the 36 teacher researchers involved in the project. The project was funded by the Bowland Trust.

Engestrom Y (2001)Expansive learning at work: Toward an activity theoretical reconceptualization. Journal of Education and Work14 (1): 133-156.

Marshall B and Drummond MJ (2006) How teacher engage with Assessment for Learning: Lessons from the classroom. Research Papers in Education21(2): 133-149.