Teaching and assessing creativity in schools in England 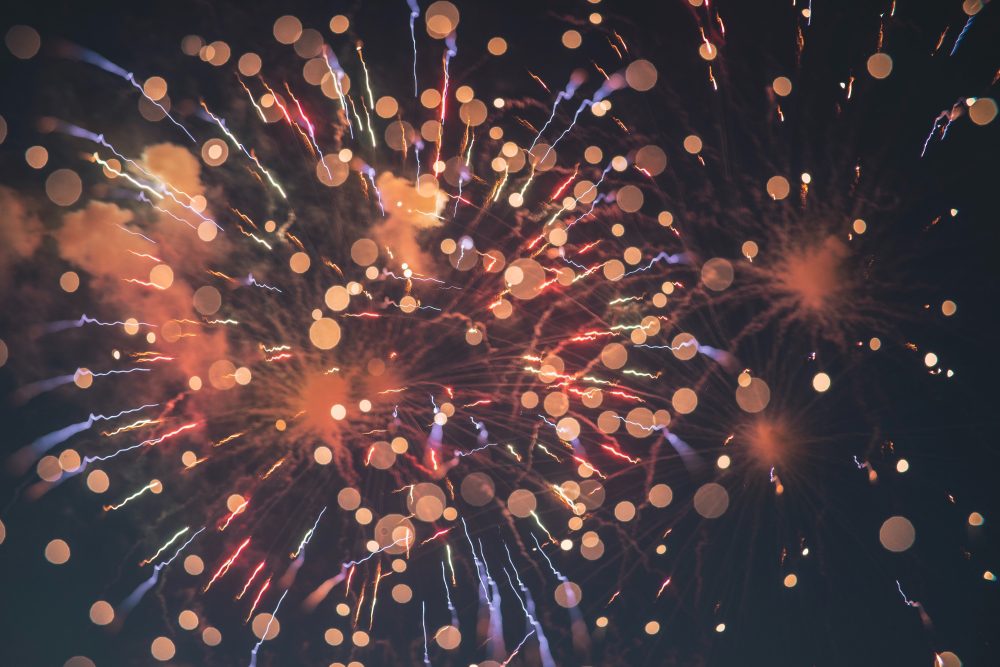 It is 20 years since the National Advisory Committee on Creative and Cultural Education (NACCCE, 1999) offered a simple if daunting definition of creativity:

Imaginative activity fashioned so as to produce outcomes that are both original and of value.

NACCCE also made a landmark recommendation about the need for a national strategy to embed creativity in schools. In the decade following the report, there was notable progress. The Creative Partnerships initiative ran between 2002 and 2011 and the concept of Personal Learning and Thinking Skills (PLTS) was created (QCA, 2009). For the first time, PLTS introduced the idea that there was a set of learnable skills associated with creativity. During this period, the Creativity: Find it, Promote it materials (QCA, 2005) offered significant practical support for the development of creativity.

In recent years creativity has become less visible in schools in England. The National Curriculum (Department for EducationThe ministerial department responsible for children’s serv... More, 2014) mentions creativity once but only in the sense of an abstract study of the phenomenon:

The national curriculum…introduces pupils to the best that has been thought and said; and helps engender an appreciation of human creativity and achievement.

But if things may have been moving sluggishly in England, elsewhere they have been galloping forward. For the last four years, the Organisation for Economic Co-operation and Development (OECD) has been conducting research across 11 countries exploring the ways in which creative and critical thinking can be taught and assessed in schools (OECD, 2015).

In a study of broader skills across the world, the Brookings Institution has shown that the term ‘creativity’ is mentioned in government education documents (alongside communication, critical thinking, problem-solving and communication) from more than 50 countries (Horton et al., 2017). Australia, for example, makes ‘Critical and Creative Thinking’ a core capability in its national curriculum and the Welsh Government has launched a new curriculum to develop students as ‘enterprising creative contributors’ (Welsh Government, 2019). This year the Durham Commission on Creativity and Education calls for a 4–19 strategy for embedding creativity in all schools in England (Durham Commission, in press).

Perhaps most importantly, given its influence, the Programme for International Student AssessmentAbbreviated to PISA, a worldwide study by the Organisation f... More (PISAThe Programme for International Student Assessment, a worldw... More) has decided that the concept of creativity in schools is a robust one that will be assessed in a new test of ‘Creative Thinking’ in 2021 (OECD Directorate for Education and Skills, 2018, p. 6):

Creative Thinking in PISA 2021 is defined as the competence to engage productively in an iterative process involving the generation, evaluation and improvement of ideas, that can result in novel and effective solutions.

The concept of creativity in schools

Over the last 50 years, creativity has become an established field of study. An early pioneer, Guilford, suggested that there are two kinds of thinking: convergent (coming up with one good idea) and divergent (generating multiple solutions) (Guilford, 1950). Divergent thinking, he argued, was at the heart of creativity. Guilford sub-divided divergent thinking into three components: fluency (quickly finding multiple solutions to a problem), flexibility (simultaneously considering a variety of alternatives) and originality (selecting ideas that differ from those of other people). Creativity is, by common consent, multi-faceted and multi-dimensional (Sternberg, 1996).

Research into creativity in schools really began in the 1970s (Torrance and Myers, 1970). Locating creativity in schools presents immediate challenges given that school life is organised by subject disciplines, with no mention of creativity on a student’s timetable. Indeed, there is an ongoing debate about the degree to which creativity is domain-specific or domain-general – that’s to say whether, for example, being creative is different in maths or drama, at school or in the community, at play or at work. In an even-handed review of this debate (Baer, 2010), there are arguments on both sides. And, while the world is inspired by extraordinary creative genius, schools necessarily focus on what Craft calls ‘little c’ creativity (Craft, 2001, p. 46), the everyday ways in which all young people can harness their creative selves to good effect.

Figure 1 shows a model of creativity increasingly used in schools across the world. Developed by the Centre for Real-World Learning at the University of Winchester, it was trialled in English schools as part of the Creative Partnerships initiative (Lucas et al., 2013). The model is also the prototype for the OECD (OECD, 2015) and is currently being used in 500 secondary schools in Wales as part of an initiative coordinated by Creativity, Culture and Education, as well as in schools in England, the Republic of Ireland, Hungary, Norway and Australia.

This model reminds us that creativity is important both at an individual and at a group level. It also assumes that creativity exists in every discipline of a school’s curriculum and, as such, takes many forms depending on the subject context in which it is located. Schools that have adopted the model over time have developed a range of pedagogical strategies. In England, Thomas Tallis School (2017) is an excellent example.

As an outcome of the OECD Creative and Critical Thinking research project and of work in Australian schools (where creativity is one of a number of mandated ‘capabilities’ in the Australian curriculum), we have developed a four-step model of the process of embedding creativity (Lucas and Spencer, 2017). Figure 2 offers an overview.

Step 1 is the establishment of a robust and practical definition of creativity in schools, as evidenced in this paper.

Step 2 recognises that embedding creativity in schools is at least in part a cultural matter. Many researchers have helped us to understand the climate necessary for creativity to flourish (Torrance, 1970; Cropley, 1997, Lucas, 2001; QCA, 2005), and their thinking can broadly be subsumed within this list (Craft, 2010):

Step 3 involves considering those pedagogigcal methods most closely associated with what we want to learn. Such methods are, if you like, the unique DNA or fingerprint of creative thinking. Five interconnected pedagogies are of particular relevance to the cultivation of creative thinkers: problem-based learning, the idea of the classroom as a learning community, playful experimentation, growth mindsetThe theory, popularised by Carol Dweck, that students’ bel... More and deliberate practice (Lucas and Spencer, 2017).

Step 4 often takes the form of engagement in extra-curricular activities. Creativity is one of the explicit objectives of the Scouting Programme, for example, with a Creative Activity badge (Scouts, 2019). The Royal Yachting Association promotes its OnBoard sailing sessions for schools as a way of fostering creativity in young sailors (Royal Yachting Association, 2018).

Our understanding of creativity and its assessment has advanced to such an extent that the global testing body PISA is preparing a new Creative Thinking Test for use in 2021. But whereas schools are familiar with the other subjects tested by PISA – mathematics, science and reading – most schools do not assess creativity.

They don’t do so for a number of reasons. They do not necessarily see why it would be helpful. Some teachers worry that assessing creativity is a bit too close to assessing personality. Many teachers are rightly concerned about any test that might reduce a complex concept to a reductive number or grade. They do not know how to. And always in schools, the gravitational pull of individual subjects is so great that it dominates thinking about achievement in schools.

Across the world there is growing evidence that creativity can be assessed and that such assessments help students and teachers to be more precise about how it is being cultivated and what they are doing that works (Lucas, 2016). Table 1 shows some of the different approaches being used by schools.

Table 1: Approaches to assessing creativity in schools (Lucas and Spencer, 2017)

Teachers will be familiar with some of these approaches. Of particular interest and perhaps less well-known are creativity portfolios, capstone projects (complex, real-world assignments), exhibitions (often inviting critique from experts) and digital badges marking progress in an aspect of creativity.

The only educational administration currently routinely administering summative tests of creativity to students is the State of Victoria in Australia. In most countries where schools are experimenting with assessing creativity, the emphasis is formative, using assessment for learningKnown as AfL for short, and also known as formative assessme... More. As Dylan Wiliam has argued (Wiliam, 2006), this kind of approach helps by clarifying and understanding learning intentions and criteria for success, provoking good discussions, providing feedback and engaging students in their learning.

And I add a challenge about the language we use. Talking about cultivating as well as teaching creativity and using the phrase tracking the progression of their creative thinking rather than assessing seems to invest these activities with both the art and the science that they require. For creativity can be ‘caught’ as well as taught, as the word ‘cultivation’ suggests. Approaches that frame assessment as setting precise goals and more accurately understanding progress towards these is more motivating than the meaningless notion of an imaginary ‘level 4b in Creative Thinking’.

Lucas B (2001) Creative teaching, teaching creativity and creative learning. In: Craft A,

OECD (2015) Intervention and Research Protocol for OECD Project on Assessing Progression in Creative and Critical Thinking Skills in Education. Paris: Centre for Educational Research and Innovation (CERI) Governing Board.

OECD Directorate for Education and Skills (2018) Framework for the Assessment of Creative Thinking in PISA 2021 (second draft). Paris: OECD.

Motivation for learning in an asynchronous environment: Oak National Academy in action

Homework as a motivator for learning