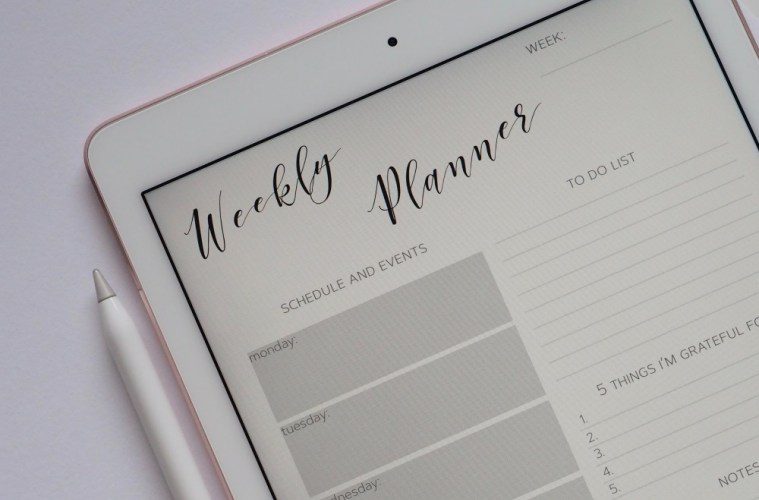 The Department for Education’s School Workforce in England (2019) figures show that 23,500 newly qualified teachers (NQTs) entered the profession into state-funded schools in 2018. Of the teachers who qualified in 2017, only 84.7 per cent were in service during 2018 (0.4 per cent down on the previous year), and of those who qualified in 2013, only 67.7 per cent were still in service in 2018. With such high five-year attrition rates (which are increasing year on year), where does the problem lie? This article is a summary of a larger ongoing project between Liverpool John Moores University (LJMU) and a school-led ITTInitial teacher training - the period of academic study and ... More programme (School Direct (SD) at Turton) to investigate the impact of wellbeing routines during the initial teacher trainingAbbreviated to ITT, the period of academic study and time in... More (ITT) year on resilience and longevity in the profession.

Aim of the project

Using volunteers from School Direct cohorts, the purpose was to:

The project involved developing wellbeing routines to be implemented over time. These interventions took a number of forms, ranging from a random sample of trainees participating in one-to-one sessions (with a trained counsellor) to group sessions for the entire cohort. Participation was optional and any individuals selected for one-to-one sessions were given the choice to ‘opt out’. Support from the counsellor was also made available to all trainees through a self-referral service.

A psychometric test was used with trainees to establish baseline data and characteristics of individuals. The MTQ48 was chosen, which measures how effectively individuals deal with stress, pressure and challenge – thus measuring ‘mental toughness’ (Strycharczyk and Clough, 2017). Further details can be found on the AQR website aqrinternational.co.uk/product/mtq48-assessment. The questionnaire acted as a baseline measure for participants (using both overall and category scores) as well as a tool for targeting specific areas of support required. It also acted as a comparison tool (before versus after) to indicate whether improvements had been made. The MTQ48 worked alongside other methods of evaluation to measure the impact of the work, which included recording the number of incidents reported. An ‘incident’ would be classed as any situation that a trainee felt significant enough to raise.

Research started in June 2018 with the 2017/18 cohort, using the results from the MTQ48. Trainees had followed an ITT programme that did not include any additional interventions aimed at improving wellbeing other than those stipulated in LJMU’s course guidance. This served as the comparison group, although an important limitation here was that we did not have a baseline measure for this cohort as the MTQ48 was only completed at the end of the programme. Future cohorts took the MTQ48 at two key points within their ITT year for analysis: September (just before starting to teach) and June (upon completion of their training).

The 2018/19 programme incorporated the services of a counsellor to act as a coach with individuals, small groups and the whole cohort at regular intervals throughout the year. The focus of the coaching was to raise the emotional awareness of the trainees, to nurture proactive routines and to develop techniques to address work-related stressors. One-to-one sessions were conducted with 10 trainees, building on the themes addressed as a group whilst giving individuals the opportunity to explore their own wellbeing in greater depth. The content of conversations was confidential, but themes were recorded on the weekly incident spreadsheet (together with any incidents reported to programme leaders). Emotional wellbeing was integrated into academic days, with at least one dedicated session per term. The effectiveness of the 2018/19 adjustments were then evaluated (through both tracking of relative cohort progress and qualitative feedback) and formed the basis of any suggested changes for the 2019/20 programme.

Analysis of qualitative data over time (through questionnaire feedback and trainee self-reporting) identified factors that influenced trainees’ wellbeing. These could be broadly categorised as: classroom-based factors; professional practice workload; academic workload; self-esteem and judgement from others; professional relationships; and other (non-school-related, health etc.).

During the course of the study, classroom-based factors (such as lesson delivery and classroom management) alongside academic workload (including ITT paperwork and postgraduate assignments) were identified as the two most significant aspects of ITT that influence trainee wellbeing. (Further details and analysis of incidents reported will be available in the full project publication).

Incidents were reported and logged on a weekly basis to identify particular patterns in perceived stressful periods. There were clear peaks in average weekly incidents across a number of categories during half-terms 2 and 4 respectively for both the 2017/18 and 2018/19 cohorts. Unsurprisingly, this coincided with increases to trainees’ teaching time and deadlines for academic assignments. Data from 2019/20 indicates similar patterns to those experienced in the previous two years, although changes to the content and timetabling of academic assignments appear to have had a positive impact on the amount of incidents reported. With regard to the school year, there were spikes during weeks 9 to 13 of the academic calendar (affectionately referred to by the team as the November dip) and weeks 23 to 24 (after February half-term). Reasons cited include management of student behaviour, anxieties related to subject knowledge and delivery of content. Whilst the number of classroom-based incidents reported generally declined (with acknowledgement of occasional spikes) over the academic year, the number of incidents purported to be both practice-based and related to academic workload gradually increased over time, with half-terms 2 and 4 giving the most realistic indications of school-based factors that influence wellbeing and perceptions of emotional health levels.

Investigating the impact of interventions on trainees’ wellbeing and resilience

The results from the MTQ48, together with the number of incidents reported over time, were used to provide some insight into how trainees’ resilience developed over the course of the ITT. The benefit of using the MTQ48 was three-fold:

Average scores for the 2018/19 cohort were higher in five out of the eight categories than the 2017/18 cohort reported at the same point (June), as well as a higher overall MTQ48 average score. Of course, having no baseline measure for the 2017/18 cohort limits the conclusions it is possible to draw from comparisons between the cohorts, however. Comparisons between the start of the 2018/19 cohort (September 2018) and the completion of the year (June 2019) indicate increases in the average mental toughness scores across all categories, suggesting that, on average, trainees’ mental toughness improved during the year. The increase in the average scores of the trainees undergoing continual one-to-one mental health support was greater than that for the rest of the group across all categories, with the exception of life control (-0.04) and challenge (-0.13).

Cohort results were compared, together with qualitative feedback (surveys), to evaluate the impact of any changes made to the programme (the inclusionAn approach where a school aims to ensure that all children ... More of a trained mental health worker in the 2018/19 year, for example). Whilst one-to-one sessions were perceived positively by the trainees involved, the group sessions did not appear to have a significant impact (although the tailored, smaller group sessions were received more favourably). Reasons reported for a lack of engagement with the whole-cohort sessions suggested a difficulty in sharing sensitive information in a group, a variation in trainees’ understanding of their own emotional awareness and a fear of judgement from others. For the current academic year, further wellbeing sessions have been introduced on a cohort basis, but the focus of these sessions has shifted to less emotionally intense aspects of self-care, such as using mindfulness routines effectively to manage anxiety and strategies to develop a heightened sense of self-awareness. One-to-one sessions have continued (with 13 participants) for the 2019/20 cohort.

The number of incidents reported was also used as an evaluative tool for the impact of interventions, as shown below in Table 1.

Table 1: Number of incidents reported in each half-term

The number of incidents reported during half-term 2 significantly reduced in both 2018/19 and 2019/20 cohorts, despite the fact that channels of reporting concerns were made more accessible in those years. Tentative conclusions are that changes to the programme, as well as the inclusion of strategies to support trainees’ wellbeing, are having a positive impact on the reduction in the number of incidents reported. Increases in half-terms 4 and 5 of the 2018/19 cohort were largely influenced by an increase in the number of classroom-based incidents reported, self-esteem/judgement of others issues (mainly reported through one-to-one sessions) and a spike in professional relationships issues (as a result of a single incident that affected the dynamics of the entire group).

Another strength of the MTQ48 was that it could be used as a diagnostic tool to pinpoint where individual support might be necessary. This was the most interesting and useful insight. Specific category information was analysed, together with case studies from previous years, and bespoke support offered to trainees from the current cohort, whose results followed similar patterns, acting in a preventative manner. Findings from the 2018/19 cohort indicated that by the time a trainee indicated the need for extra support during the ITT year, the impact of said support was limited – so it was important to identify any trainees who may be vulnerable early. Whilst the overall score on the MTQ48 did not indicate any significant issues that a trainee may have (i.e. it did not matter whether the individual scored low or high overall), spikes in particular categories (especially challenge) did correlate with trainees who experienced difficulties throughout their training year.

Conclusions and implications for future research

Although the research is in its relative infancy, figures show a positive impact of the interventions on wellbeing. Wellbeing routines developed during ITT equip teachers with the necessary tools to cope with the demands of the profession, whilst ongoing support allows them to manage the peaks and troughs of the school year. The dilemma for schools is how can we maintain this throughout a teacher’s career?

Education Policy Institute (2020) The wellbeing of the school workforce in England. Available at: epi.org.uk/publications-and-research/wellbeing-school-workforce (accessed 15 January 2020).