The importance of teaching philanthropy: Educating children for social good 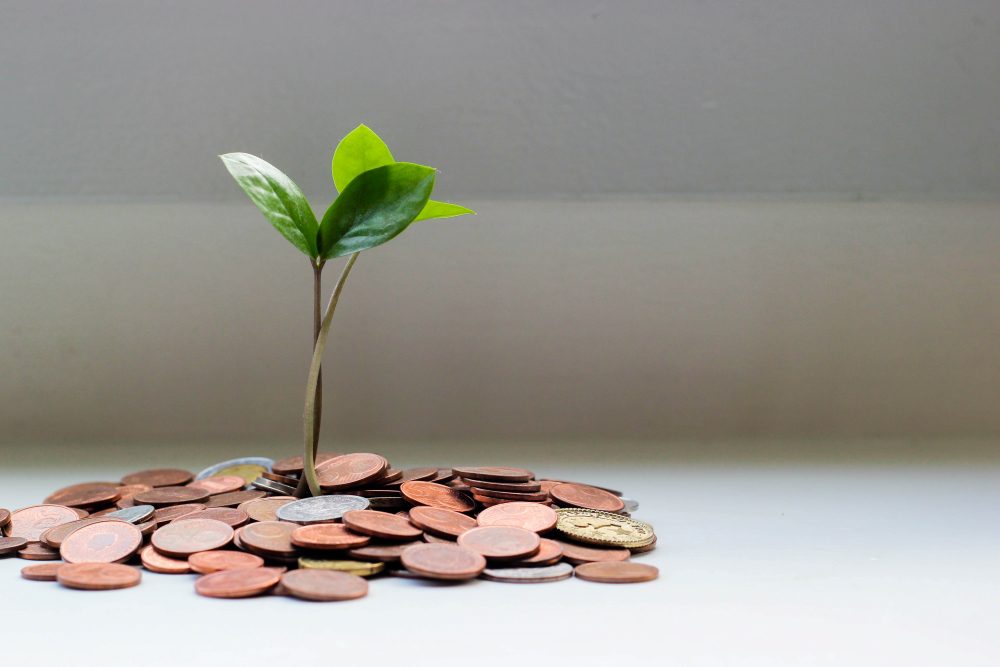 Philanthropy, that is ‘voluntary action for public good’ (Payton and Moody, 2008, p. 3), plays a fundamental role in civil society, both here in the UK and beyond. Central to this, the charitable sector is often at the forefront of challenging social and environmental injustice and inequality. In this article we argue that meaningfully engaging children in philanthropic action and charitable giving provides an ideal opportunity for children to critically participate and think about root causes of social issues and injustice.

From dressing up for Children in Need or donning a red nose for Comic Relief to donating food for the Harvest Festival, it seems that our children are continuously involved in charitable giving for one cause or another, both at home and in school. As well as raising vital funds for many worthy causes, the hope is that engaging children in giving behaviours early on will help to develop ‘habits’ of giving that stay with them throughout their lives. However, recent research highlighted that whilst almost all primary school children engage in some form of charitable activities in schools, less than 20 per cent are aware of the cause area that they are being asked to support, and most have little decision‐making in their giving (Body et al., 2019, 2020).

Why does this matter?

Much of the discussion on charity focuses on how to get more people to give more money, more frequently. However, children intrinsically view charitable giving from a different perspective. They instead focus on acts of everyday kindness, viewing charity as much more than monetary donations. For them it is an embodiment of a set of behaviours, actions and values that are rooted in ideas of kindness, fairness and empathy – the building blocks of social justice and democracy (Body et al., 2019, 2020).

Nurturing this intrinsic sense of fellow feeling – that is the ‘emotional connection of empathy, sympathy and concern’ (Roughley and Schramme, 2018, p. 3) – is important. However, when it comes to voluntary action and charitable giving, children are frequently not engaged in decisions as to who they give to, how they give or why. Instead, more commonly, giving decisions are imposed upon them by adults, often as part of large-scale, national fundraising days. By imposing giving decisions on children, without allowing them to critically engage in the cause that they are supporting, there is a risk that charity and giving are encouraged as a one-off ‘transactional process’, where giving is closely tied to what a person receives in return – for example, bringing in £1 in order to dress in funny clothes or purchase a branded trinket. As well as shifting giving away from its more traditional altruistic, value-based roots, this economic focus potentially reduces children’s learning about charity to being simply about fundraising, rather than the wider social change that charities and philanthropic giving seek to achieve. Research suggests that these external incentives can eventually override the initial intrinsic origin of children’s charitable behaviours (Body et al., 2020; Warneken and Tomasello, 2008).

One of the most significant spaces where all children engage in giving is school. Exploring charity and giving in more depth in the educational context facilitates a more democratic approach to learning about complex issues, even at a primary level (Biesta, 2011). Democratic learning is founded in critical enquiry and decision-making. A report exploring education and democracy concluded that ‘education for a complex world in a supposedly democratic society must seek to equip students with the capacity to handle complexity and uncertainty, to deliberate with others exhaustively, to solve problems creatively, and to reach decisions on that basis’ (Gilbert, 2017, p. 1). The learning experience should therefore include deliberation, creative problem-solving and decision-making.

Citizenship education has an important part to play here. Whilst it is not formalised in English primary schools, the Department for EducationThe ministerial department responsible for children’s serv... More states that ‘children should have opportunities to contribute to the improvement of the community’ (DfEDepartment for Education - a ministerial department responsi... More, 2013, p. 2). However, we suggest that it is not just contributing to the community that matters, but also how that contribution happens. We can teach children to give to charity as a habit, or we can teach children to support charity, whilst simultaneously questioning why that charity must exist in the first place. Westheimer (2015) would refer to this as encouraging social justice-orientated citizens and argues that a fair, just and democratic society relies on educating children who can both ‘participate and think about the root causes of problems and ideals of justice’ (p. 50). For example, we can teach children to support food banks, but without developing the skills to critically evaluate why food banks exist, we normalise the idea of charity acting as the sticking plaster for food poverty, instead of questioning the social injustices behind the rising use of food banks (Westheimer, 2015). With research suggesting that young children form political and social opinions and have an understanding of basic political and social concepts before they reach adolescence, and that these attitudes remain relatively stable in their orientation, it appears imperative that we begin developing these critical skills early (van Deth et al., 2011).

Charities are increasingly becoming mainstream in schools and most of the big charitable campaigns have established resource packs to assist schools in fundraising or social action endeavours. We raise concern with this (Body et al., 2020). Whilst such activity may increase children’s quantity of experiences of charitable fundraising and volunteering, it is at the risk of marginalising their critical enquiry into the cause area, as well as presenting a very limited view of the charitable sector. Hart (1992) and Shier (2001), writing in response to the United Nations Convention on the Rights of the Child published in 1991, exposed how, despite a pledge to recognise children as active citizens, many participation initiatives continued to involve children in a ‘tokenistic’ or ‘frivolous’ way that ‘trivialises their involvement in important issues, (Hart, 1992, p. 1). Tokenistic participation means that children are engaged in serious issues yet, crucially, only at a superficial level, rather than engaging in decision-making or taking roles of power and responsibility. This is not to suggest that children giving in mainstream appeals is an unethical practice, but more that without critical discussion and debate, children remain distanced from and unaware about the charitable cause that they are seeking to support (Lundy, 2018). Indeed, Power and Taylor (2018) conclude that ‘the current mainstreaming of charities into schools is not necessarily a self-evident “good” and that this under-researched phenomenon deserves greater critical attention within and outwith schools’ (p. 702).

Charitable giving provides an ideal and accessible backdrop to critical debate and consideration of social issues. Current approaches to ‘giving’ located in citizenship and character are often perceived as a representation of a version of children’s moral education. It is important that the aim of introducing children to moral and civic virtues should not be to shape children into one constructed notion of the ‘good citizen’; rather, the introduction should be a space where children can explore and challenge the ideas of virtue and values. We argue that charitable giving and social justice are, and indeed should be, contentious, debated topics, which provide children with an ideal opportunity to critically explore ideas about community, society and justice. Recognising children as social actors and current citizens means that it is imperative that they too are provided with the opportunity to analytically explore these challenges and debates around giving and equality (Weinberg and Flinders, 2018).

We suggest that children should be equipped to explore and research the charitable causes that they support, and should decide how they wish to give, be it through giving their time, talent or treasure. This may result in fundraising ideas for national campaigns or indeed voluntary or social action concerning local community issues. This posits charitable giving in schools as a child-led, adult-facilitated activity, which requires children’s critical engagement and ideas, ensuring that all children can contribute regardless of their economic circumstances.

Teaching charity in the classroom

Schools’ engagement in national fundraising campaigns has achieved much success. For example, according to Children in Need (2018), schools alone raised over £5.6m in 2018, important funds that are redistributed to children’s charitable causes across the United Kingdom. We do not wish to suggest that schools should not support these important campaigns; instead, we suggest that educators should think more critically about how this activity takes place. Indeed, as the quantity of these activities increases, we question the quality of the learning experiences that accompany these opportunities. As a result, we suggest that we need to take a more critical approach to ‘how’ that fundraising takes place and carefully consider what children’s experiences are of those fundraising activities. In order to create more meaningful and engaged giving experiences in the classroom, we suggest consideration of the following as a starting point:

Schools often go to great lengths to encourage, support and engage children of all ages in charities and charitable giving, creating a strong enthusiasm for giving and supporting others. We should celebrate the varied multitude of opportunities that children have to engage in charities and charitable giving. Almost all children can identify Pudsey Bear, recognise the poppy and the Comic Relief red nose, and associate these with various activities that they have taken part in. However, less common is a deeper, more critical engagement in the reasons for this fundraising activity and the cause issues that sit behind this giving (Body et al., 2019, 2020). This surface-level giving, led and decided on by adults, is often viewed as fun, but rarely acts as a space within which children could explore their own ideas and values in a more democratic way. Instead, these spaces remain more transactional, a sense of giving for a reward, and defined in an idea of service. We argue that this is a missed opportunity to nurture critically engaged, socially orientated citizens. The exploration of charitable ideas and giving provides an ideal space, and plenty of learning opportunities, to critically explore some of the deeper ideas relating to social, environmental and democratic issues with children. This can be achieved by creating learning spaces where children are viewed as active and capable participants, exploring local and global issues, and leading on discussions regarding giving and social justice.

Body A, Lau E and Josephidou J (2020) Engaging children in meaningful charity: Opening‐up the spaces within which children learn to give. Children & Society 34(3): 189–203.

Hart RA (1992) Children’s participation: From tokenism to citizenship. Available at: www.unicef-irc.org/publications/pdf/childrens_participation.pdf (accessed 18 May 2019).