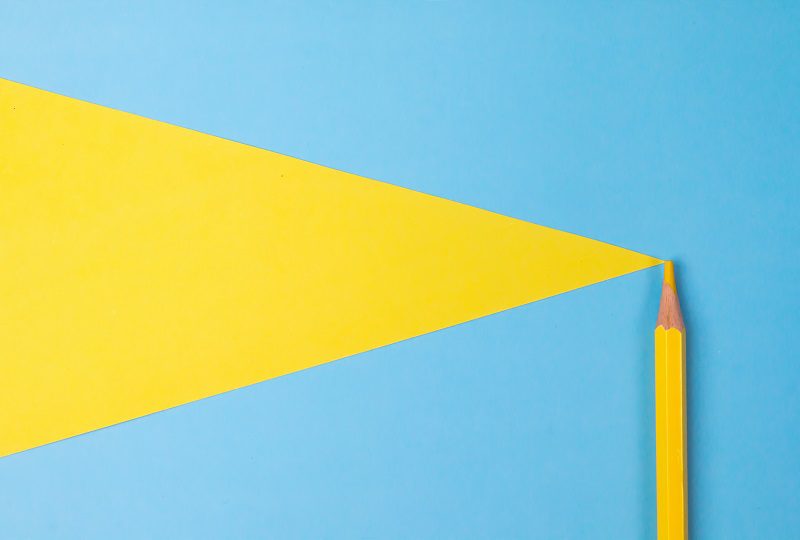 When undertaking the research-based enquiry project in the final phase of my journey to secure Chartered Teacher Status, I identified Year 10 students at the beginning of their English literature GCSE as suitable novice learners on whom to explore the possible impacts of models. The class was only just beginning their GCSE literature course, and would spend the first two terms working on texts for a literature exam. The students had previously been taught together and thus their shared knowledge and understanding of analysis was similar. This also ensured that they were not going to be subject to the expertise reversal effect, as they were ‘low-knowledge’ learners (Kalyuga, 2020) in the domain of analysis.

Why do we need models in the English classroom?

One efficient way to support the building of schemas and avoid cognitive overload, thus supporting students in their move from novice to expert learners, is through the use of worked examples or models (Deans for Impact, 2015). Worked examples can be defined as ‘a problem statement and the appropriate steps to solve it’ (Kalyuga et al., 2001). There has been a significant amount of research that shows the positive impact of worked examples in ‘well-defined’ subjects such as maths and science, and more recently there has also been some research into the possible impacts of worked examples in ‘ill-defined’ subjects such as English literature, history and sociology. While worked examples give an exact method for responding to a problem, along with a correct answer, in ill-defined subjects there might be a wide range of approaches to a problem and a range of correct answers. Kyun et al. (2013, p. 388) argue that ‘being presented with information rather than attempting to generate it should reduce working memory load’, which suggests that the use of models in ill-defined subjects will still give students the same benefits as worked examples.

In English we use analysis as an umbrella term for a range of ways in which we can explore how an author creates meaning. As English teachers, we sometimes assume that students understand what we mean by analysis when in reality we need to show them through modelling how to analyse. Using a shared and consistent language to break analysis down into its constituent parts means that we can begin to use models and a range of accompanying tasks to make meaning explicit and to build a schema of analysis that can be applied to increasingly challenging texts.

Students in the Year 10 class taking part in the research-based enquiry project were exposed to models of analytical writing over a period of two terms (11 weeks). The models first focused on showing students how the model was constructed, and were subsequently followed by models that became increasingly sophisticated and whose tasks became increasingly complex (Blayney et al., 2015).

At the outset of the project, Year 10 students completed a baseline assessmentWhen referring to early years education, a measurement of a .... This was prior to exposure to any model of analytical writing, so that this work might be compared to mid-term and final assessments. Once the baseline assessment was completed, students were exposed to models of analytical writing and a range of increasingly sophisticated accompanying tasks, while students also took mid-term and final assessments.

Figure 1: Numbers of students analysing vs. explaining in assessments across the year 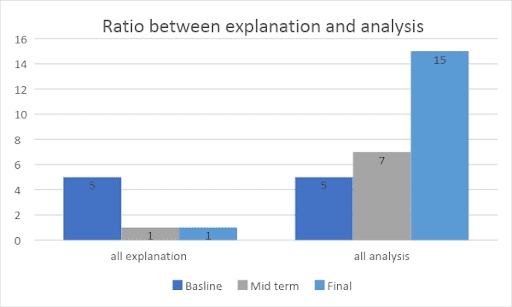 The data analysis from the assessments suggested that students being asked to critically engage with and evaluate models may help to improve the quality of analytical writing at the beginning of the GCSE literature course. Qualitative data was also collected in the form of anonymous student surveys that tracked their attitudes to their ability to write analytical paragraphs. Seventy per cent of students answered ‘yes’ to the question ‘Do you know what constitutes analysis?’ in the final data collection, an improvement from the 26 per cent that answered yes to this question at the baseline collection. This suggests that exposure to worked examples helped students to understand the meaning of analysis in the context of English Literature and helps us to draw the conclusion that models of analytical writing can improve the analysis of novice learners.

Practical advice for using models in the English classroom

Blayney et al. (2015) recommend that as learners become more experienced they will need a higher level of interactivity in their instructional guidance. Following this advice, I recommend that you use a range of models of analytical writing in the classroom and increase the level of challenge in the accompanying tasks. The initial models used in the research-based enquiry project were used as a tool to demonstrate how the analytical paragraphs were constructed, and the accompanying tasks included students finding and labelling parts of the paragraph, such as the types of analysis or discourse markers. As the interactivity of the accompanying tasks increased, students were presented with a range of successful and unsuccessful models, which students were asked to rate as successful or unsuccessful and examine what made them so. The examples that were successful models of analysis were then ranked and used as an opportunity to explore what good and better analysis looked like. Higher interactivity with models also involved analytical paragraphs with pre-loaded questions that invited students to identify how aspects of a model analytical paragraph contribute to the overall meaning, impact and success of the model. At all key stages this process is viable, where we adjust the sophistication of the model and the accompanying task according to the needs of the class that we’re teaching.