What is the impact of mindfulness activities bridging the lunchtime period, on classroom behaviour? 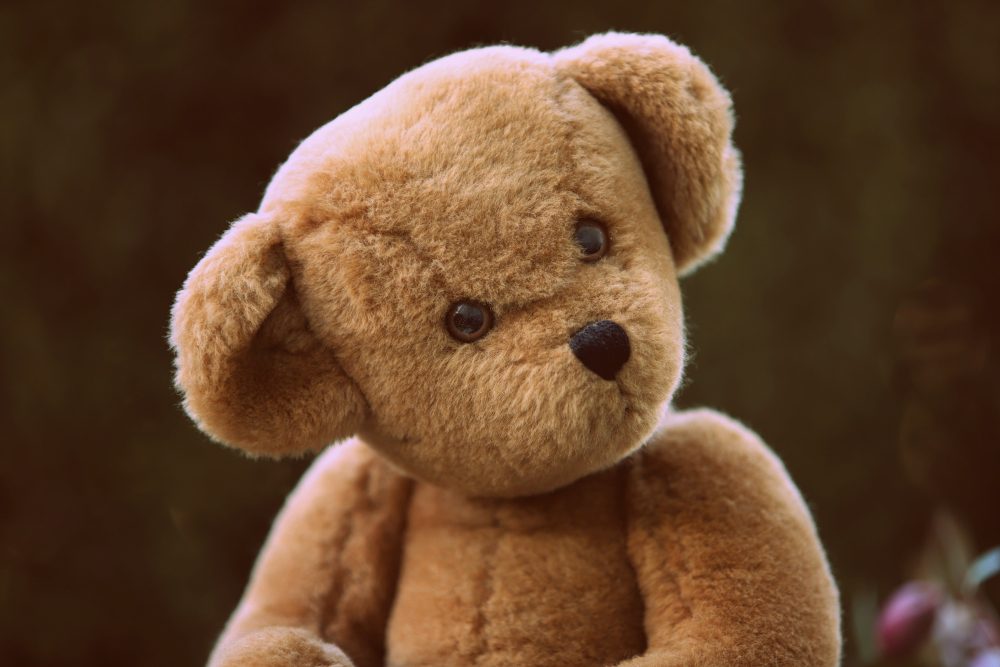 “Pupils are potentially losing up to an hour of learning each day in English schools.”

A 2012/13 survey, commissioned by Ofsted, gathered the views of 1,048 teachers on the impact of low-level class disruption and established the above statement. This figure equates to up to 38 full days of teaching per year as a result of low-level class disruption (Ofsted, 2014). The extent of the damage to students as a result of this loss of valuable learning time, is immeasurable. The focus of our study was to implement mindfulness in a primary school settings as a pre-emptive classroom management strategy, thus utilising it as a behaviour management strategy in its own right to help reduce this low-level disruption.

An article written by Cowley for the Times Educational Supplement makes reference to the difficult mastery of lesson timings, even quoting ‘knock off five minutes to get everyone settled’ (Cowley, 2008, p.7). This resonates with the introductory quote from Ofsted, where timing is still an issue in classrooms, and in certain instances only five minutes lost is seen as a successful start to the lesson.

This study took place in a two-form-entry infant school. The study recorded data based on the length of time it takes the children to settle after the lunch period. The children were considered settled when the class were all present on the carpet, ready for teaching input and quiet as a collective.

The fundamental base for this project lay within classroom management. It is recognised by Nagro et al. (2018) that there is a concern related to the amount of time that teachers spend actually managing student behaviour, as opposed to giving class instructions for learning. Additionally, it has been recognised by Saloviita (2013) that the starts of lessons were delayed by an average of six minutes, which is echoed by Ofsted (2014). Although this figure was found in just 131 lessons, the study analysed lessons at various times on various days across nine year groups, creating a wide collection of evidence.

Academically, the reasoning behind classroom behaviour can be explained using some classic learning theories. Skinner (1938) proposed the theory of operant conditioning, where learning is achieved through rewards and punishment relating to specific behaviours. Skinner’s work forms a large part of the behaviour policies seen most commonly in schools today. Rewards are used to confirm positive behaviour and sanctions are put in place as a negative reinforcement to strengthen the benefits of making the right behaviour choices in class.

Classroom management and behaviour are closely intertwined; effective behaviour management is crucial in creating a constructive classroom environment. With current education trends and a worldwide focus on children’s mental health and wellbeing, the scope of behaviour management and the idea that it is purely discipline are likely to change drastically. The expectation to support student mental health has opened doorways for mindfulness to have a place within the school and classroom environment. Napoli et al (2005) claims that mindfulness is considered an opportunity to encourage self-awareness and to be aware of what is happening in the moment, without making judgments. The effects of mindfulness on attention and focus in children have become a forefront for research, with movements towards mental health and wellbeing at a pivotal point for the current population, not just the education community. Killoran (2017) reflected the feeling that the education system in the beginning of their journey was failing children in terms of stress levels and socialisation within the classroom. Killoran suggests that being mindful as a teacher has now worked to help students within the classroom.

It has been highlighted by Kasson and Wilson (2017) that there is an increase in classrooms utilising mindfulness-based interventions (MBIs). However, they suggest that little is known about the extent to which these interventions assist with traditional behaviour-management techniques. Kasson and Wilson (2017) combined mindfulness with formal behaviour-management techniques, predicting that this blend would increase on-task behaviours. The idea that mindfulness is an alternative to behaviour management is seen in the work of Long et al. (2018), where classroom management in an urban school was examined, comparing MBIs and behaviour management as independent elements. Looking critically at Long et al.’s study in comparison to current literature, it feels incongruent that mindfulness and behaviour management would be seen as separate elements.

The project followed an action research approach. To define the term simply, it is a form of self-reflective inquiry that teachers can use to improve their practice (Carr and Kemmis, 1986).

The project consisted of a total of four weeks of data collection. The first two weeks collected baseline data regarding how children settle after lunch. The subsequent two weeks had mindfulness activities implemented five minutes before the end-of-lunch bell. The exercise continued for five minutes after the class came in from lunch; this was the ‘bridging lunch’ element of the research. The observations took place in the learning sessions after lunch until the end of the school day, not including any after-school clubs.

The chosen methods allowed for the collection of both quantitative and qualitative data. The number of children who had their names ‘moved’ on our behaviour chart from green to amber or red during the afternoon was recorded. This method had been chosen to specifically provide quantitative data for analysis, allowing directly comparable results visually, day by day. A further comparable component of data was the length of time taken to settle, on average, across the five days of the week. Daily journal logs on the attention and attitude of the class for the learning after lunch formed part of the qualitative data collection.

Both weeks one and two had an average of over five minutes for the children to be settled and ready to learn; this is a similar figure to the results found by Saloviita (2013). Looking at the average time taken to settle, the data proposes that there is a positive effect of mindfulness on the length of time needed for the children to be ready to learn. This could be due to the fact that the mindfulness was having a positive impact on the children’s mental health and their learning. It could potentially be the practical consideration that the class knew what they were going to be expected to do immediately following coming in from lunch. The time spent waiting for instructions was reduced, and as such the cohort seemed more able to independently settle and continue with the exercise begun before lunch. The calculated average for the weeks with no intervention was 315.5 seconds; comparing this to the average from the two weeks where the class participated in calming activities bridging lunch (240.5 seconds) shows a significant reduction in the time taken to settle. Using these two figures, it can be said that the class was 24 per cent quicker on average during the weeks with mindfulness activities (see Figure 1).

Figure 1: Average time taken for class to ‘settle’ after lunch

Looking collectively at the data set for names moved, there was a reduction of 30 per cent between week two and week three. Between week three and week four, the number of names moved reduced by 42 per cent. This data provided possible evidence that continuing the mindfulness bridging-lunch activities could lead to a further reduction in the number of names moved and, as such, better attention and attitude across the afternoons. The evidence seen in the daily journal logs also provided qualitative data that suggests a similar outcome. This included comments on the calm nature of the class and the quiet levels of learning, as well as noting that the children were able to ‘put their books away and line up quietly for assembly in their pairs without fuss’.

Limitations of the study

There does not appear to be conclusive evidence that the type of mindfulness had an effect on the time taken to settle. Across the two weeks, five different activities were repeated, and analysis of the journal logs lends little suggestion that there was a more beneficial form of mindfulness. Comparing the data for each day individually, there did not appear to be concrete evidence that one particular type of mindfulness worked more efficiently than any other. Thursday across all four weeks had the quickest time to ‘settle’, so it could be argued that colouring was the most effective mindfulness activity on positive afternoon behaviour. However, having evaluated the reasoning behind the overtly positive results on a Thursday across all data collections, it is likely to come down to classroom timings and pre-lunch lessons, as opposed to being a direct result of the colouring mindfulness.

This short-term research project provides some support for implementing mindfulness bridging lunchtime as part of teaching practice. There is growing evidence, seen by Zeidan et al. (2010), that continued long-term exposure to mindfulness improves attention span and increases cognitive processing. The number of names moved in the afternoon decreased across the 10 days of mindfulness activities, with poor attention and behaviour being the cause of names being moved. It is therefore possible that the mindfulness activities were the source of a better rate of attention for the class, as seen by Black and Fernando (2013).

There appears to be a positive relationship between mindfulness bridging lunchtimes and afternoon behaviour. It is difficult within this study to state conclusively whether the improved behaviour and measurable decrease in time was due to the mindfulness practice. However, there is a positive notion for using the practice in our teaching in the future.

Black and Fernando (2013) found that a five-week mindfulness programme had positive implications on classroom behaviour lasting up to seven weeks post-intervention. This leads us to be confident in the longer-term outcomes of the two-week intervention. The implications of Black and Fernando’s study and the practical element of whole-class mindfulness for 10 minutes a day have allowed us to see the potential value of a non-traditional form of behaviour management for overall behaviour. We intend to continue implementing mindfulness activities to bridge the transition from lunch to lessons to see whether, with further embedding, this strengthens the effect.

Kasson EM and Wilson AN (2017) Preliminary evidence on the efficacy of mindfulness combined with traditional classroom management strategies. Behaviour Analysis in Practice 10(3): 242–251.

Killoran I (2017) Mindfulness in education: Using and teaching mindfulness in schools. Childhood Education 93(2): 99.

Ofsted (2014) Below the radar: Low-level disruption in the country’s classrooms. Available at: assets.publishing.service.gov.uk/government/uploads/system/uploads/attachment_data/file/379249/Below_20the_20radar_20-_20low-level_20disruption_20in_20the_20country_E2_80_99s_20classrooms.pdf (accessed 7 April 2019).

Saloviita T (2013) Classroom management and loss of time at the lesson start: A preliminary study. European Journal of Educational Research 2(4): 167–170.