Who is entitled to be a senior secondary school leader? Black women senior leaders’ experiences 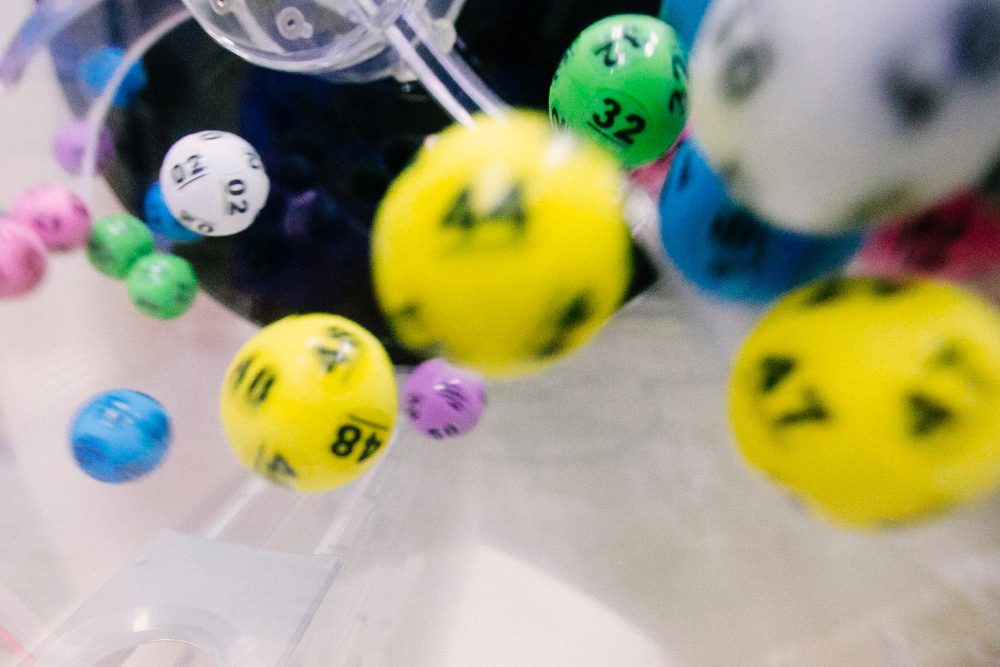 This article examines black women secondary school leaders’ perceptions of school leadership, their responses to ‘playing the game’ in order to achieve career progression and the strategies that they adopt to overcome leadership challenges.

The National College for School Leadership (NCSL, 2009) proposed that a diverse leadership workforce, one that draws from all the talents and experiences of people from different backgrounds, is a stronger and more effective workforce. This statement was made in the context of claims that succession planning had become increasingly important because of the shortage of headship applicants in England and in many other countries (Bush, 2008; Thomson, 2009). However, Bush et al. (2007) found that the call for a diverse leadership workforce was not reflected in the appointment of significant numbers of black, Asian and minority ethnic (BAME) leaders in England, echoing Thomson’s (2009, p. 21) assertion that ‘schools in Western countries are overwhelmingly run by white administrators’. It is in this context that this article explores the lived experiences of black women secondary school leaders, who, although they have achieved senior leadership positions, continue to experience ethnic stereotyping and racial discrimination, which has led me to ask the question: Who is entitled to be a senior secondary school leader? The question is posed because the women in my research struggled to feel a sense of belonging; they felt like outsiders and felt under pressure to ‘play the game’ in order to fit in and to get ahead. Moreover, carrying out research into the lived experiences and career progression of black women was important to me because of my own experience as an assistant headteacher. Like the women in my research, once I achieved my senior leadership status I experienced racial discrimination and ethnic stereotyping, which certainly acted as barriers to my career progression.

The research was conducted between 2013 and 2014 and, using a social constructionist epistemology and an intersectionality lens, two sets of semi-structured interviews were carried out in order to capture the experiences of eight women who fit the criteria of being BAME, a woman and holding a senior leadership position in a secondary school in England. All the women in my research secured senior leadership positions, i.e. headteachers, deputy headteachers, assistant headteachers and assistant principals. They had all gone through their careers and had been employed in the secondary school sector for a minimum of 15 years.

All eight participants took part in the first round of interviews, which sought to establish the ways in which their race and gender intersect with their social class to shape their senior leadership behaviours and experiences. Moreover, the women worked in diverse, inner city schools throughout their careers. These comprised both mixed and girls’ schools. At the time of the interviews, one of the participants was a headteacher; four were deputy headteachers or vice principals; two were heads of faculty; and one of the participants had left the teaching profession.

All the women worked in London for most of their careers and expressed a preference for a multicultural setting because of their desire to act as role models to young people, particularly those from backgrounds similar to their own. Whilst working in inner city schools, the women talked about the importance of leading by example, even when others were displaying hostile or toxic leadership behaviours. The women worked alongside both male and female colleagues and some spoke of colleagues not wishing to be led by them because they were black, a woman and young, or having a preference for being led by white males because they more closely matched the leadership prototype in their minds. When talking about their experiences, most of the women spoke about their experiences spanning their careers, with three of the women focusing on those particular critical incidents that were the most painful or harrowing in one of their schools, and therefore were given greater emphasis. The participants are all confident women who spoke boldly about their experiences and were able to hold their own, in both their professional and their private lives. However, their experiences demonstrate a hidden side of school leadership, illuminating the barriers that can hinder career progression, particularly for gendered and racialised individuals.

The challenge: Playing the game

The notion of playing the game (Fitzgerald, 2014) emerged from the interviews with black women senior leaders who informed me that they had been advised throughout their careers to just ‘play the game’. This caused a dilemma for the women as they grappled with the question of conforming to organisational practices at the expense of their own personal and professional identities in order to fit into their senior leadership teams. Whilst most employees will be familiar with the concept of ‘playing the game’, particularly when it comes to staying on the good side of their boss or, in relation to this article, when it comes to being given opportunities, being accepted and even being promoted, playing the game was considered absolutely unacceptable by some of the women, who refused to compromise their values and professional identity. Adwoa, Deborah and Gloria (these names are pseudonyms) all spoke of their unwillingness to play the game, despite recognising that doing so could further their careers.

‘It was different because I wasn’t necessarily prepared to play ball. I asked questions and I think that was looked upon as you’re being defiant. There was a deliberate egging on of poor behaviour of SLT. If you don’t, then you’re out. You’re not in with the crowd. Meetings were absolutely appalling. All the females would run out of meetings at some point in tears. I never did. And because I wasn’t willing to kind of put up with that, I always felt that I was never going to get very far there.’ (Adwoa IV:1)

‘You shouldn’t have ideas. You shouldn’t have aspirations. My headteacher wrote on my NPQH [that I] was overambitious. You should not have any ambitions. And you should be there [to do] the dirty work. When the head feels threatened by you, you know that you’re a natural leader. I know you should play the game but… I draw the line [in] playing a game sometimes and then if you do that then you will get in because the other assistant headteacher did all the stupidness but got through. She’s a deputy now.’ (Deborah IV:1)

‘Your leadership is not validated because you’re not what people expect a leader to be and so sometimes your colleagues make that role very difficult because they don’t say, “I’m not going to be led by you”, but they behave in ways which undermine your capacity to lead. I know some people say, ‘”Oh! You should play the game.” Well, I’m not playing any game that makes me feel bad about myself. I’m not offensive to people but I will tell them what my views are and why I hold those views.’ (Gloria IV:1)

Black women senior leaders spoke about who they are, what they value, what they do and their school leadership experiences. This was shared in the context of making a difference in the lives of young people whilst leading with honesty and integrity. Quantz et al. (1991) assert that women presidents, like the participants in my research, talked about themselves as change agents.

‘Sometimes I might want to let my guard down and I don’t. I have to be very careful with who I show my real self to because my work itself and my outside and my home self are actually two very different people.’ (Alisha IV:1)

‘I think you can’t separate your personal identity from your professional identity as a leader because I think who you are, you inevitably bring into senior leadership. Being supportive and thoughtful…, generous; I think those things are important to demonstrate in my personal life. And so I can’t see how I’d separate that. I can’t.’ (Gloria IV:1)

‘I always remained professional so any conversation I had with them was always to do with work. It sounds really awful but you’re always careful what you say to those individuals. No people at work would know when it’s your birthday, your family life, where you live, [your] hobbies… I was always very, very careful about what I said to them because anything you said could be turned against you… Sadly, a lot of the time it was through email, just to cover myself [and] so that I remember the dates when the conversations happened. They were not the kind of people that you could have a conversation with in the corridor. It was a survival skill that really worked quite well for me.’ (Adwoa IV:2)

Adwoa sees her approach as a survival technique that has been a success in maintaining her professional identity approach to maintaining boundaries with her colleagues. Both Alisha and Adwao appear intent on obscuring their personal identities so as to protect their true self (Brown, 2014). This is in direct contrast to Gloria, who believes that it is important to be true to herself – to be authentic.

A significant finding that emerged from my research was that, despite the challenges that the black women senior leaders faced, they were extremely determined to build positive relationships with their colleagues. They recognised the challenges associated with senior leadership, the barriers to career progression and their experiences of racial discrimination and stereotyping. Whilst they were unwilling to compromise their values and personal identities to achieve ‘insider’ status, working with and alongside colleagues on projects whilst maintaining their professional identity and sense of self were all leadership behaviours that they adopted to ensure that they were true to themselves.

Indeed, Miller (2020) asserts that barriers to BAME teacher progression to senior leadership continue to create challenges for those who wish to progress in their career. It is, therefore, no surprise to learn that the same issues reported in Earley et al. (2012) and Bush et al.’s (2006) research well over a decade ago continue today. This highlights a flaw in the educational system and a failure to tackle the real issues that prevent BAME teachers from progressing to senior leadership (Miller, 2020). Moreover, for those who do manage to break through the glass ceiling, the situation remains unchanged, with racial discrimination and stereotyping continuing to be a significant feature of their lived experiences. 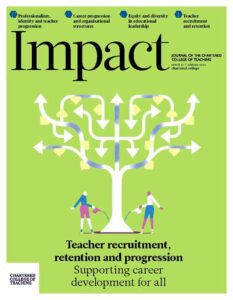