Why do we make it so hard? Using cognitive science and assessment objectives to reframe the way we teach Shakespeare at Key Stage 4 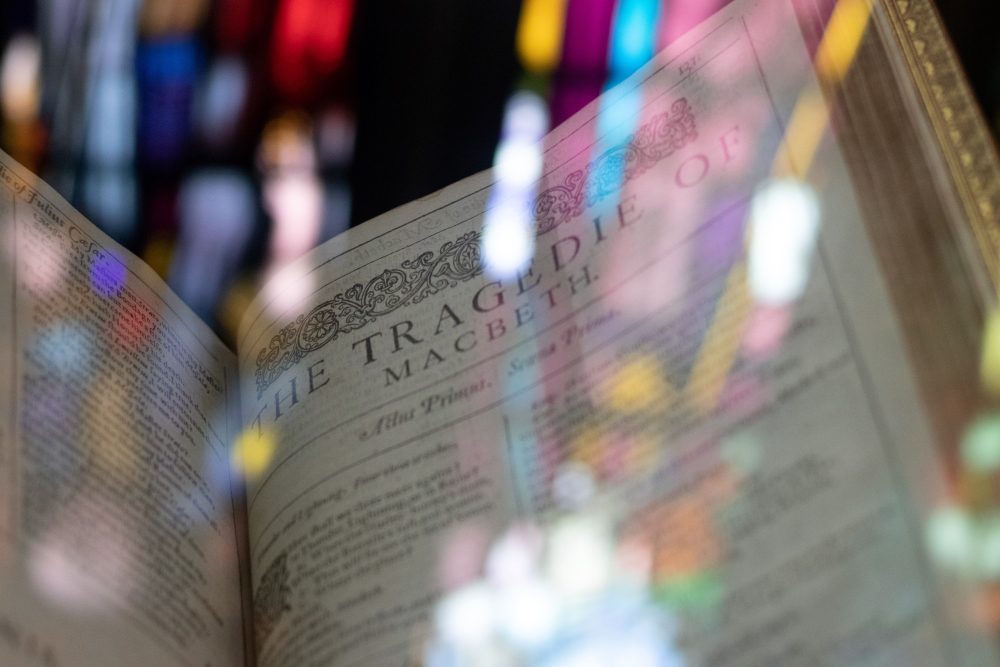 Shakespeare is hard. The length, complexity, language, contextual understanding and cultural capital often needed to fully access Shakespeare’s plays make the challenge of teaching it a daunting one. And that’s before we even begin to tackle the barriers that students create for themselves, often believing the plays to be irrelevant and impenetrable (Lighthill, 2011). Conventional classroom practice is to approach the play chronologically, with each lesson tackling one section in isolation, which the students are encouraged to analyse. Whether lessons are heavily performance-focused (Gibson, 1998) or not, the model of assessment that accompanies this sequential approach repeatedly requires students to hold a plethora of information in their short-term memory all at once, without necessarily understanding how each layer of meaning fits together into a cohesive whole. The whole text reveal is often left until the end of the unit, by which point the class are exhausted and resentful. Not only does this constant analysis interrupt the authentic reader/audience experience, but the approach as a whole flies in the face of recent advances in cognitive scienceThe study of the human mind, such as the processes of though... that have transformed our understanding of how the brain assimilates new information (Willingham, 2009). So what might the teaching of Shakespeare look like if we begin to take these advances into account? And how might doing so help us to rethink the way in which we integrate assessment objectives into our lesson planning and delivery of literature more broadly?

It’s only fairly recently that terms such as ‘assessment objective’ have become part of the everyday language of the classroom, but they are now a well-established feature of any discussion regarding improvement or progress against criterion-based assessment. Whilst they sound artificial and contrived to anyone outside education, in reading at least, they mirror beautifully the development of skills experienced by students as they make progress. These ‘AOs’ allow the nuanced steps that comprise the process of ‘reading’ (Didau, 2014) to diverge and become explicit. Firstly, a student must decode the words that they encounter. Secondly, they must understand what those words mean in that particular context, moving beyond the literal to the implicit. Only then are they able to engage in step three: the identification of patterns. This prepares them for the final step: analysis of the writer’s choice of language, structure and form. The holy grail of Key Stage 4 is the ability to demonstrate all of these skills in relation to increasingly challenging texts.

As teachers, we are aware of this linear learning process and appreciate the importance of ensuring competence at each stage before moving on. Why, then, do we forget it all when teaching Shakespeare and other demanding texts? Tradition has it that we present students with isolated chunks of text alongside increasingly difficult layers of objectives, against which they will (eventually) be assessed. We then expect them to demonstrate the ability to meet all of these objectives at once, without having a firm understanding of plot or character, despite the fact that things such as a ‘confident knowledge of the play’ (AQA examiner report, 2018) and the ability to write ‘effectively about where [an] extract appears within a text’ (AQA examiner report, 2017) are integral to any higher-grade response.

In pursuit of a more effective approach with a mixed-ability Year 10 class, both the delivery and assessment of the Shakespeare unit were deconstructed and spaced across two terms. The learning arc was explicitly shared with the students from the outset (Hattie, 2012). First came AO1: understanding – a loaded term. Students received a list of 15 questions about plot and character, all of which had possible single-word answers but which were also rich in discursive possibility, such as ‘How does Shakespeare open Romeo and Juliet?’. Regardless of attainment potential, all students were told that they needed to be able to answer these questions with confidence, and in detail, by the end of the fortnight of lessons, which primarily involved ‘just reading’ (Didau, 2019) or watching the play. Pupils returned to these questions throughout the cycle, adding information as their understanding deepened (Rohrer and Taylor, 2007) and using the specified tier two vocabulary taught explicitly alongside the plot (Quigley, 2018). In a matter of lessons, student responses became significantly more sophisticated – moving from, for example, ‘a fight’ to ‘a fight that demonstrates the physical conflict that dominates Verona’. Students were motivated to engage because they knew that their answers to these questions would be the first thing that they would return to after a spell of interleaved practice (McCrea, 2020). There was deliberately, ostentatiously and almost painfully still no language focus. Habit, combined with the practical time pressures that all too often curb innovation in the classroom, made teachers nervous; ‘we aren’t studying the text’, they would whisper anxiously to each other over the kettle. But they didn’t need to; the lessons weren’t aimed at getting to students to ‘understand’ the language. Students were being exposed to cycles of lessons rich in interpretation and reader response – a strong and essential foundation for effective analysis of any isolated passage of the text.

The forgetting curve (Ebbinghaus, 1913) was tackled periodically throughout the next half-term, where students focused on transactional writing combined with well-crafted and frequent retrieval practice. As a result, by phase two, comprehensive understanding of plot and character was firmly established in students’ long-term memory (Karpicke, 2012). Subsequent focus on AO2 was enhanced because, equipped with an understanding of the whole text, students were able to see patterns across it and forge meaningful links. The once-impenetrable language became only a knee-high hurdle to students because they possessed the necessary depth – and breadth – of understanding before they embarked on language analysis – a skill that can only be acquired when students have the prerequisite knowledge (Didau, 2021). What the characters were saying was no longer a mystery because students understood what they were feeling and why. We tackled the Queen Mab speech knowing that Mercutio was volatile and sceptical, expecting his language to reflect that. Tybalt’s failed attempt to retain iambic pentameter in the face of his failed attempt to duel with Romeo made sense to students because they understood his frustration and anger. A similar case study based around Macbeth revealed, amongst other things, that students were able to appreciate Shakespeare’s use of foreshadowing, a prime example of AO2, because they already had a solid understanding of plot and character. Only when students understand the bigger picture, and have a firmly grounded schema (Bartlett, 1932) in which to place new information, can they begin to really grasp how ‘small’ decisions made by the author create meaning and effect.

Assessment objectives are never meant to be considered in isolation, so assessment towards the end of the overall sequence of lessons was naturally more holistic. In both cases, students clearly demonstrated greater skill in tackling the more challenging elements of Shakespeare’s linguistic and structural choices, primarily because they were equipped with the stronger foundational understanding provided by this layered approach to studying the play. By viewing the assessment objectives and the cognitive science that they reflect as integral to the planning and delivery of lessons, we can provide students with the requisite ‘guild knowledge’ (Sadler, 1989) much more effectively than when we simply provide them with a list of success criteria to consult at isolated moments of assessment.

Separating out the delivery of the different levels of reading had several benefits. The spacing effectThe benefit to learning of including gaps between study and ..., whereby learning and retrieval are spaced out over time (Agarwal, 2019), allowed for the foundations of plot and character to embed in the long-term memory, thereby freeing up space for the working memory to see more interesting interpretations within the text (Baddeley, 1986). Because they had a comprehensive grasp of the information, so crucial to gaining a thorough understanding of the text but which often seems so far out of reach to those lacking in self-assurance, students also experienced a greater sense of confidence in navigating the play. This firmly supports existing research that highlights the reciprocal relationship between a student’s emotional state and their achievement (Pekrun et al., 2017; Fletcher and Sarkar, 2016). Planning the sequence and delivery of lessons in accordance with the way in which our brains naturally make progress with reading both supports student understanding and confidence and increases our ability to assess effectively.

Whilst this study focuses on Shakespeare, the implications of this innovative approach are far-reaching. Do we really need to spend half a term or longer trudging through a text whilst simultaneously analysing the fun out of it? Instead, we propose that we apply our understanding of cognitive science to the teaching of literature, in order to offer pupils a more cohesive learning experience, concurrently building enjoyment and confidence by layering each stage of learning: from comprehension, through inference and, finally, to analysis. So Shakespeare, or any other demanding – and deeply rewarding – material, need not be so hard for our students, provided that, by the time they reach the point of summative assessment, we have set them up to succeed.

Didau D (2019) Why ‘just reading’ might make more of a difference than teaching reading. In: David Didau. Available at: https://learningspy.co.uk/featured/why-just-reading-might-make-more-of-a-difference-than-teaching-reading (accessed 14 March 2021).

Willingham D (2009) Why Don’t Students Like School? A Cognitive Scientist Answers Questions About How the Mind Works and What it Means for Your Classroom. San Francisco: Jossey-Bass.

I’ve come across this article again when looking for something else and wanted to drop you a message to say that your article had a big impact on the way we approached Shakespeare and other Literature texts this year. Thank-you for such a thoughtful and practical guide on how to approach plot, character and analysis in a more intuitive way. We will continue to explore texts from this angle. 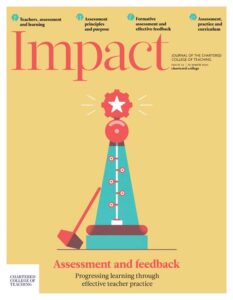