Developing metacognition in young children: The impact of talking about thinking using video reflection as a stimulus 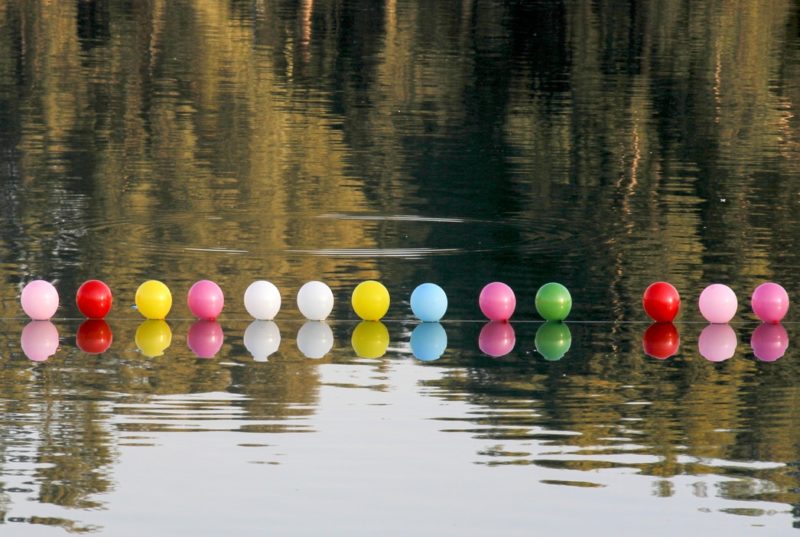 At the heart of effective classroom practice is the need to teach children to think well. This fascinates me, especially the mysteries of metacognition. I’m not alone. My recent online search revealed over four million entries for metacognition. However, there remains debate about this complex concept. I’ve been particularly interested in the question of whether or not young children can think metacognitively. This study explored the development of metacognition in young children (part of a larger study, which also considered teachers and their teaching of thinking).

How did I define metacognition?

My definition of metacognition built on the original work of Flavell ((Flavell, 1976) p. 232), who described the term as ‘knowledge concerning one’s own cognitive processes or anything related to them’. While acknowledging the existence of different models, for this study I defined metacognition as:

Why should metacognition interest teachers?

Put simply, the purpose of teaching is to promote learning. While learning is shaped by many factors, meta-analysisA quantitative study design used to systematically assess th... More indicates that helping children think more explicitly about their own learning can impact on their educational progress by as much as eight months ((Hattie, 2012); (Higgins, 2014)). This makes sense. Children who are aware of the processes that they are using to learn and how well these are working, and who can identify what they need to do to improve, are in a good position to learn.

What was the research question?

I became aware of a key debate around the age at which metacognitive awareness and behaviour are demonstrated (e.g. (Larkin and Flannery Quinn, 2015)). In this paper, I focus on the question of whether or not four-to-six-year-olds can think metacognitively. Despite the apparent simplicity of this question, this is complex.

Shamir et al. (Shamir et al., 2009) suggest that it may be that the tools researchers use (such as interviews) are not appropriate for the youngest learners. It may not be that they cannot think metacognitively, but rather that research tools are not sensitive enough. Young children may lack the oracy skills to explain their thinking or to understand what the researcher is asking. Adult–child power dynamics may mean that some children are nervous or respond by telling adults what they think they want to hear. Teacher expectations may also affect how children respond; young children are less likely to be encouraged to reflect than older children (Waldron et al., 2014). I needed to use tools appropriate for young children and explore ways to develop their thinking.

What research approach did I use?

The study took a pragmatic, mixed-methods approach, using tools appropriate for young children and which did not rely solely on oracy. To find out what children thought about thinking, they were asked to draw pictures and they also looked at photographs taken from the internet, showing people doing activities like reading, playing or talking, with the children indicating whether or not they believed they showed people thinking.

I also used video-stimulated reflective dialogue (VSRD; (Moyles et al., 2003)). This involves using a video clip as a scaffold for dialogue. While this has been used with older children and with adults, it has been used less frequently with young children, and in those studies that have used it, the researcher has decided what was recorded and has taken responsibility for making the recording (e.g. (Robson, 2016)). In my study, the children had ownership. This was important in order to encourage participation and pupil voice (rather than relying on my interpretation of the children’s actions).

The children decided who and what to film and which aspects we would discuss. They worked in pairs, quickly learning how to use the video camera (we used Flip cameras that could quickly upload clips onto a laptop to view). They took turns to make one short video of children in their class doing ‘good thinking’. The pairs watched the clips together and decided which showed better thinking. They discussed this with me, talking about why they thought it was a good example. This promoted their own thinking – in the justification of decisions, for example, as well as insight into their awareness of thought processes. Discussion took place in a quiet learning space, with pairs of children and myself. The dialogue took place on the day that the video had been made, although not necessarily immediately after the session. The dialogue typically took 10 to 15 minutes.

I observed the children during normal classroom activities three times during the study. I analysed these observations to look for metacognitive behaviours using a coding framework based on Larkin’s (Larkin, 2010) research.

The study followed BERA (BERA, 2011) ethical guidelines, and appropriate, negotiated, ongoing verbal assent was gained from all children in each class.

Six schools, of varying size, location and demographics in Wales, were involved. The study ran for one academic year and took place in one class per school. In total, 36 children (aged 4.6–6.6 years) were involved. I visited each class on three occasions during the school year and worked with the same six children per class on each visit.

What were the findings?

During our discussions, the children were asked what they thought ‘good thinking’ looked like. Table 1 gives examples.

Children’s understanding of thinking changed over time. Initially, they viewed good thinking as commensurate with good behaviour – for example, Sam suggests that it is to do with ‘sitting quietly’. They expressed limited views about the nature of thinking, and drawings conformed to societal norms, such as ‘bubbles’ from the head. Some referred to their ‘thinking caps’, but none could explain what this meant or how it helped.

By the end of the study, children could expand on this. They were able to describe ‘good thinkers’ with more reference to strategy and understanding – for example, Chris refers to good thinkers as being able to ‘make connections’. They could suggest strategies for when thinking was hard, such as visualising a number line in their head. They felt that their early drawings did not show the ‘tricky’ nature of thinking.

VSRD discussions also reflected a change in children’s awareness of metacognitive behaviours. Initially, they chose to discuss clips that focused on children working quietly or being ‘funny’. At the end of the study, their reasons and explanations were more detailed, and showed them being able to explain that their choices were related to thinking strategies. Transcript 1 illustrates a dialogue.

The idea of having pictures and numbers in your head to help solve problems was commonly held at the end of the study. Peers perceived to be demonstrating such strategies were frequently filmed.

Lesson observations revealed metacognitive behaviours in all lessons throughout the study. At the start, the range of behaviours was narrow, and tended to happen after direct intervention from an adult. By the end of the study, the range of behaviours and the frequency with which they occurred increased. The behaviours happened increasingly independently. My findings support Robson’s ((Robson, 2016), p. 192) suggestion that the type of talk that goes on in reflective dialogue may be ‘particularly supportive of young children’s self-regulation and metacognition’.

I cannot conclude that VSRD alone ‘caused’ the children to become more metacognitive. The study took place over a year, and maturational effects may account for some differences. The teachers in the study made thinking more visible in their classroom practices. The children saw me as someone who was interested in talking about thinking, and this may have encouraged them to discuss thinking more readily with me. Nonetheless, there are three key implications.

Firstly, VSRD allowed children the opportunity to engage in a dialogue in which they had ownership, and allowed them the opportunity to discuss their thinking deeply. The choice of what to film became more closely aligned to behaviours associated with thinking, and the children were better able to demonstrate and articulate their reasoning.

Secondly, VSRD provided a way to motivate and engage young children in the research process. Valkanova ((Valkanova, 2004), p. 44) suggests that although reflection is a ‘crucial issue in learning’, motivating children to reflect is a challenge. VSRD supported participation, and all children were keen to make and talk about their videos.

The third implication relates to the role of the adult during the reflective dialogue. Transcripts illustrate how children articulated their thinking as a result of the questioning that took place, and they may not have done so without the process and dialogue. Robson ((Robson, 2016), p. 190) suggests that when adults and children share videos, it forms a ‘site for joint meaning making’, allowing children the chance to have their thinking made more consciously available to them. As teachers, we need to reflect on our role in supporting children to think about their own thinking processes. VSRD has the potential to act as a motivating stimulus for this.

VSRD was a useful tool, enabling young children to reveal and reflect on their thinking. Children moved from a view of thinking as behaving well towards a view of thinking as an active, varied, specific activity. They were better able to articulate their understanding of thinking and demonstrated metacognitive behaviours more frequently. Of course, VSRD requires the luxury of time and access to appropriate technology, so is not an approach that could be used on a weekly basis. In this study, VSRD took place three times during the year, and this was manageable. Thinking well is empowering, and we can support even our youngest children to think more effectively. As Winnie the Pooh reminds us, thinking is a very good habit to get into! VSRD might help that habit get started.

I am very grateful to all the pupils involved for their enthusiastic participation throughout the study, and to Dr Russell Grigg, whose advice and editorial support as deadlines loom is always very welcome.