Disaffection in mathematics and its curriculum implications 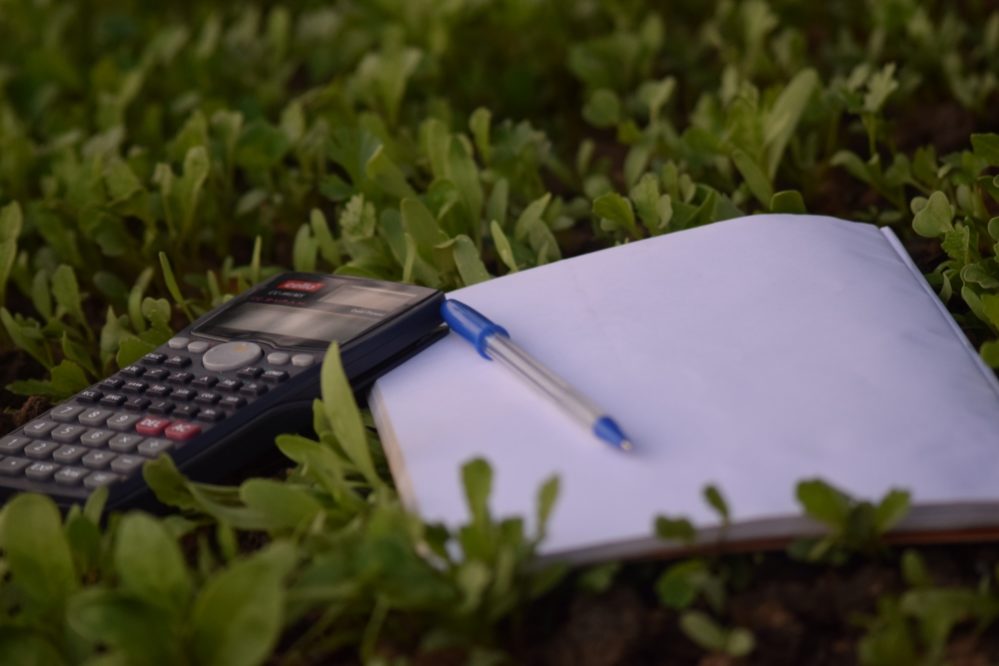 A UNICEF report in 2013 on the 29 most wealthy countries placed the United Kingdom as lowest in terms of children aged 15 to 19 remaining in education. Although, since then, there have been legislative changes to the ages of compulsory education in the UK, it is a telling comparison. It is particularly compelling when contrasted with our PISAThe Programme for International Student Assessment, a worldw... scores from that timeframe, which were in the middle of the group of 29 countries. This raises the question of why – if our students are doing so well academically – are they not choosing to continue with academic study?

There is apparently a significant number of students disaffected with education. Disaffection with mathematics, in particular, is distinctly evident even in the adult population; given the large proportion of people who respond to any mention of mathematics with ‘I’m not a maths person’ or the prevailing cultural idea of mathematics as a tedious fact of life that must be endured.

Lewis (2015, p. 9) describes disaffection as ‘characterised by prevailing negative affect that disables or inhibits learning’. Disaffection, therefore, is a general apathy towards a subject. Lewis (2015) reminds us that there can be localised positive affect towards a subject, when a particular lesson or topic is going well, but that does not mean that the global (or general) affect is not still prevailingly negative.

Nardi and Steward (2003) distinguish between the two presentations of negative global affect towards a subject: that of truancy and misbehaviour, and that of passivity. They describe this passivity as students who do not truant, but who do just enough in and outside of class to avoid sanctions. Nardi and Steward (2003) described this as a sense of ‘professional obligation’ towards schooling, where the student does the work because that is what they have to do rather than intrinsic motivation towards the subject. The problem with this is that it tends to lead to underachievement (Lewis, 2015) and can be seen in the UNICEF report (2013) as potentially having a negative impact on post-compulsory take-up of education.

What are the causes of disaffection in maths?

The components of disaffection range from the emotions experienced in the classroom – such as a persistent lack of success – to the narrative from social and cultural influences about the lack of enjoyment to be found in mathematics. Lewis (2015, p. 7) suggests that disaffected pupils lack ‘a sense of agency’ in lessons and that they view themselves as bad at mathematics, causing a negative feedback loop whereby they pay less attention because of this and then experience less success. Boaler (1998) conducted a longitudinal study over three years, contrasting two different styles of mathematical teaching and their impact on student attainment and perception of mathematics. Boaler (1998) found a large number of students who were visibly engaged with the work but were extremely passive and expressed disinterest in mathematics in school, in which mathematics was presented as a series of exercises. However, Boaler found that students who were asked to explain how they got the answer, rather than just being told whether they were correct, reported a much greater enjoyment of mathematics lessons.

Nardi and Steward (2013) developed the ‘T.I.R.E.D.’ model to describe the potential causes of disaffection. The model came from research conducted with 70 Year 9 borderline mathematics students in Norfolk, composed of interviews and observations. T.I.R.E.D. stands for tedium, isolation, rote learning, elitism and depersonalisation.

‘Tedium’ is the idea of mathematics as irrelevant and boring – just something to get through to get the qualification to get the job, much like Lange’s (2009) research found. As expected, students referenced repetitive tasks and worksheets, or textbooks or SMILE cards that just had to be ploughed through. Interestingly though, students talked about investigations they found too abstract to be relevant, even ones that are designed to be relevant. The student voice suggested that these were still too divorced from everyday life and felt like a contrived attempt to shoehorn real-life situations in.

‘Students feel that mathematics is a subject they need to talk about’ in order to fully understand the work (Nardi and Steward, 2003, p. 353). Without this, students experience ‘isolation’. However, Kosko’s (2010) observational study in American schools found that students who had a lower perceived ability or autonomy in class were quick to back away from discussion if challenged, and did not experience the gains from discussion that more confident students did. Lewis (2015) found that the greater the disaffection of students, the lower their autonomy. Class discussion, unless carefully managed and built into the ethos of the classroom, can instead increase the amount of disaffection, as students perceive even less success for themselves.

Students experience ‘rote learning’, feeling that mathematics means working until they get the right answer, reducing the feeling of agency in the students. One Year 9 student in Nardi and Steward’s (2003, p. 357) study said, ‘“You know how to do it because you’ve been told to do it like that but you don’t really understand why it’s done like that.”’ The movement towards ‘mastery mathematics’ does seek to undo some of this, but when only 82 per cent of mathematics teachers trained as mathematics teachers (Allen and Sims, 2018), it means that only four in every five mathematics teachers are trained in how to develop understanding of the underlying concepts. The mathematics curriculum must make explicit both the pedagogical and the mathematical underpinnings to allow teachers to avoid rote learning situations.

‘Elitism’ comes from the feeling that those who succeed in mathematics are ‘smart’. This is a popular media trope – the use of an interest in mathematics to signal that a character both is ‘smart’ and lacks social skills. This elitist perspective is particularly harmful when looking at the obverse of the statement. If one is ‘smart’ if they succeed in mathematics, then not succeeding in mathematics must mean that a student is not ‘smart’ (Nardi and Steward, 2003). As a concept, this can be very damaging for a student’s self-worth and can cause them to withdraw from mathematics so that they can claim their poor grades come from a lack of effort.

‘Depersonalisation’ occurs when students feel as though school mathematics is a machine that will continue with or without them (Nardi and Steward, 2003). Students were observed to work better and reported more positive feelings around mathematics when they felt that teachers allowed them to work at their own pace, to consider the mathematics, and when they were given work that was sufficiently challenging based on their particular needs. Nardi and Steward (2003, p. 361) describe the attitude: ‘In the absence of such individualisation they [students] grow alienated from the subject and even eventually wish to drop it. A number of students were eager to reach […] the end of the compulsory learning of mathematics.’ If we want to see students engaged in mathematics beyond GCSE, we must make the curriculum relevant for all students and be willing to adjust the curriculum in the classroom.

What are the implications for the curriculum?

A simple implication for the classroom is to increase the explicit personalisation of the curriculum. While we all aim to personalise our teaching to our students and their current needs, often the level of personalisation is not made explicit to the students. This would feel as depersonalised as if this effort had not been made. Hattie (2016) talks about the need to make the learning process visible in the classroom and the positive effect it has on student outcomes.

An interesting facet of Nardi and Steward’s (2003) research was the fact that students found ‘real-life’ tasks just as abstract as investigations into, for example, the relationship between volume and surface area of a cuboid. This concept of false real-life relevancy is important to consider when thinking about how to marry the intended curriculum with the enacted curriculum (Seitz, 2017). There are a large amount of tasks that develop mathematical thinking or real-life applications that are put into shared resources and intended to be used in class, but which teachers end up without sufficient planning time to develop into useful tasks for their particular class. Remillard and Heck (2014) caution curriculum designers to consider the ‘curriculum enactment process’ – the interaction between the planned and enacted curriculum. They recommend giving teachers time to jointly plan lessons and discuss the classroom implications of them. Crehan (2016) talks about how Japanese teachers use ‘lesson study’ to do this, a process which involves meeting before and after lessons, and careful reflection on practice.

Fullan and Langworthy (2013) discuss the concept of deep learning tasks, which are similar to project-based learning tasks, with the key difference being that the projects that Fullan and Langworthy talk about have a tangible impact on the school or local environment year on year. They found that pupils were less disaffected with mathematics and were able to develop fluency in mathematical thinking through them. However, Boaler’s (1998) longitudinal study, conducted in a school that had based its entire mathematics curriculum around these projects, found that students who were already displaying active disaffection with mathematics were significantly less engaged in the tasks than the rest of the cohort, so this will need careful consideration when planning the curriculum. It is also noteworthy that it is difficult to plan and teach these lessons (Fullan and Langworthy, 2013) and that it takes a large amount of time to develop effective teaching and facilitating for these. While these projects may have an impact, they should form part of the overall curriculum ‘diet’ (Sherrington, 2017).

Finally, it is essential that the apparently discrete areas of mathematics are linked together in students’ minds. This will allow students to explicitly make the connections, viewing maths as a joined-up body of knowledge and applications. Firth (2018) talks about this as interleavingAn approach to learning where, rather than focusing on one p..., while Enser (2019) refers to it as interweaving, as he says that it is important to interweave topics together to allow students to see connections rather than switching disparately between topics. An example of this would be simply using fractions when finding areas. This should be deliberately planned into the shared curriculum alongside the order of topics.

This will take time to develop and is an ongoing process. Each year, teachers will need time to discuss, review and personalise tasks. But it is time that we need to spend to help our students see just how interesting one of the most fascinating subjects in the world can be.

Enser, M (2019) Interleaving: are we getting it all wrong? Time Educational Supplement https://www.tes.com/news/interleaving-are-we-getting-it-all-wrong

Firth J (2018) The applications of spacing and interleaving approaches in the classroom. Impact. https://impact.chartered.college/article/firth-spacing-interleaving-classroom/

Seitz P (2017) Curriculum alignment among the intended, enacted and assessed curricula for grade 9 mathematics.  Journal of the Canadian Association for Curriculum Studies 15(1): 72 – 94