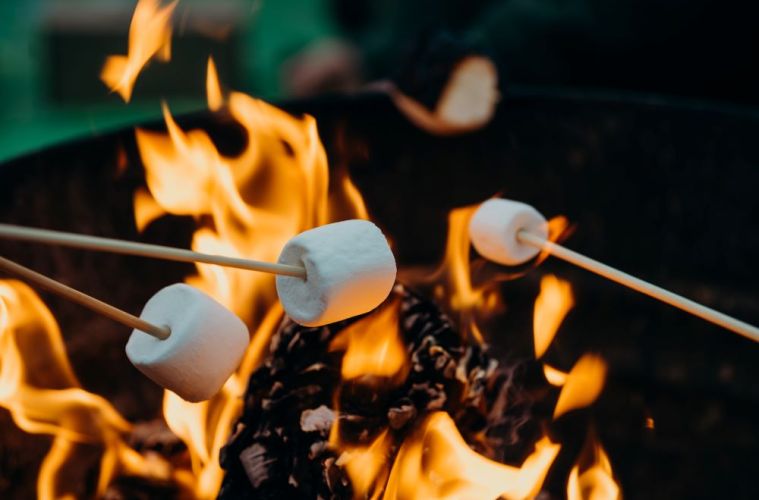 Any discussion about behaviour should begin with thinking about our values. What do we mean by ‘good behaviour’? How do we want our children to think about their behaviour in relationship to their learning? To what extent is behaviour in schools about immediate academic gains, and to what extent is it about longer-term considerations? What kind of relationship do we want our children and their families to have with the schools and teachers who serve them? How can a behaviour policy support vulnerable children and be inclusive? Essentially, any discussion about classroom behaviour is also about motivation, because it is typically ‘off task’ behaviours and ‘low level disruption’ that most concern teachers.

By their very nature, school behaviour systems tend to overlook the complex relationship between behaviour and motivation. Any system designed to work for a large group of children might ‘work’ for the majority, but not necessarily for all. If our focus for ‘good behaviour’ is doing what the teacher says, this might lead us to one set of conclusions about the strategies to use. But if we view ‘good behaviour’ in relation to self-regulation and making choices for reasons other than avoiding a punishment or gaining a reward, this will lead us to an alternative set of conclusions. A report from the Children’s Commissioner (2017) found that the education system is failing some of our most vulnerable children. We are also failing to close what is referred to as ‘the gap’ between children from advantaged and disadvantaged families, and between those who have SEND and those who do not (Education Endowment Foundation, 2017).

Changes in behaviour systems over time

When I came into the profession in the 1990s, the ‘assertive discipline’ model of behaviour management had arrived from the United States. Assertive discipline was popularised by Lee and Marlene Canter and was based on a behaviourist model of classroom management that centred on clear expectations, the use of positive reinforcement and the consistent application of sanctions. As a new teacher, I found the model useful for getting my classes under control, but I could see that it created its own problems. At one school where I worked, a points system was brought in to log pupil misbehaviour, and it wasn’t long before the most challenging children were competing to earn the most points. While an assertive approach appeared to suit the majority, those who needed it most seemed impervious to it. My thinking at the time (Cowley, 2001) included echoes of assertive discipline, but I was already questioning the issues thrown up by behaviourism, particularly in relation to vulnerable children.

My thinking has gradually moved away from a behaviourist approach and towards one that takes a more restorative angle. For the last 10 years, I have helped to run my local Early Years setting, and this has given me an insight into what is possible with high staff-to-child ratios. Clear expectations combined with a focus on positive reinforcement are helpful for handling behaviour. A set of rules combined with a series of consequences can support the process. However, the longer I spend in education, the clearer I am about some of the potential downsides for specific groups of children.

The SEND Code of Practice requires schools to make ‘reasonable adjustments’ for children with SEND. A behaviour policy that does not embrace the complexity of children’s behaviour, and the need for flexibility in response, is going to be at odds with this requirement. Those children who find school the hardest are often those most negatively affected by behaviour systems – the figures on SEND and exclusions provide a stark picture about what is going on. ‘Pupils with identified special education needs (SEN) accounted for around half of all permanent exclusions (46.7%) and fixed period exclusions (44.9%).’ (Tirraoro, 2018) Another issue is that we can get caught up in the drive to create clear consequences and positive reinforcements, and lose sight of the ‘why’ behind behaviour. We are not in the classroom to manage behaviour – we are there to teach.

At the moment, the narrative around behaviour seems to have split. Some educators position compliance as a key goal, making reference to issues such as the opportunity cost of low-level disruption; another group focus on the root causes of behaviour, with reference to self-regulation, restorative justice and trauma-aware approaches. In recent years there has been a rise in the use of punitive measures such as exclusions and isolation, with what appears to be a sharp rise in both in recent years (Adams, 2018; Staufenberg, 2018). The popularity of ‘zero tolerance’ systems, where the smallest infringement receives an instant consequence, has coincided with significant changes to education, such as ever-higher levels of accountability. Where ‘getting good results’ becomes the overriding purpose of an education system, children who struggle to behave can start to seem like a liability. Recent concerns about an increase in the rate of exclusions and the issue of the potential ‘off rolling’ of pupils (Bradbury, 2018), particularly in Key Stage 4, have added to a complex picture.

When thinking about our approach to behaviour in the teaching profession, it is useful to examine the methods that professionals have used in other parts of the public sector – for instance, in the police force. In 2017, almost 1.2 million drivers participated in the National Speed Awareness Course (Ipsos MORI, George Barrett and the Institute for Transport Studies, University of Leeds, 2018). This is a course offered to drivers guilty of low-level speeding offences, as an alternative to a Fixed Penalty Notice (comprising a fine and penalty points on the driver’s licence). The design of the course ‘rests on the hypothesis that driver education tackles the negative effects associated with non-compliance with speed limits by improving driver attitudes and behaviour’ (p. 1). In other words, rather than using a punitive consequence to try to control driver behaviour, the scheme aims to embed longer-term changes through making drivers think about the potential impact of their behaviour on themselves and on others. The evaluation notes that ‘the course has the potential to result in attitudinal and behavioural changes in participants’ and that there were ‘many examples of changes in behaviour reported by drivers’. These drivers were significantly less likely to re-offend as well. Focusing on the ‘why’, and on the wider consequences of the behaviour, seems to be more effective at changing driver behaviour than a punitive measure.

The issues around behaviourist approaches are not just to do with the use of punitive consequences; they are also to do with the use of rewards. In the 1960s, a researcher called Walter Mischel conducted a famous experiment at Stanford University in America, which came to be known as the ‘Marshmallow Experiment’ (American Psychological Association, nd). The researchers tested a group of young children on their ability to defer gratification, by offering them the chance to eat one marshmallow immediately or, if they could wait for a while without eating the first one, to receive a second marshmallow as well. The researchers found a correlation between those children who could wait (i.e. regulate their behaviour) and those who settled well into school. (A later follow-up suggested that the subjects’ self-control carried on into adulthood.)

When they are in school, children are often asked to do things that might cause them short-term discomfort, or that they might not want to do, but which offer rewards for long-term learning. A child might find a subject tricky, but it is still important that they learn it. A child might want to be the one picked to answer a question, but with 30 children in a class, they have to learn to cope with not always being picked. We see the issue with a lack of self-regulation staring us in the face when we ask a question of the class, and one child calls out the answer. The problem is not about defiance, but about a lack of ability to control the urge to respond.

There are some important questions to consider around the use of extrinsic motivators. The research is mixed on the potential for extrinsic rewards to harm children’s intrinsic desire to learn (Jovanovic and Matejevic, 2014). We also need to consider the messages that we send to children about learning when we use extrinsic motivators to achieve it. When a child asks, ‘What do I get if I do this?’, they are highlighting one of the key issues with a heavily behaviourist approach – it trains the child to see learning as something you do in order to get something else, or to avoid a negative consequence, not as something that has value in and of itself.

Interestingly, a recent replication of the Marshmallow Experiment proved inconclusive, and threw up interesting findings, potentially showing a link between deferred gratification and the home environment (VerBruggen, 2018). One interpretation is that self-control mediates the relationship between the home and academic performance, because a poor environment might reduce the ability to defer gratification and, in turn, cause poor outcomes. In terms of inclusive approaches to behaviour, this would suggest that children from disadvantaged homes might find it harder to behave than those from advantaged ones. Combined with recent research into adverse childhood experiences (ACEs) (NHS Health Scotland, 2018), and the likely effect of these on a child’s development, ‘zero tolerance’ approaches start to seem highly problematic.

Where next with behaviour?

The results from a recent randomised controlled trial (Bonell et al., 2018, p. 2453) found that ‘a whole school intervention including restorative practice and social and emotional learning elements, has positive effects on bullying; mental health and wellbeing; quality of life’. In our Early Years setting, we have moved away from extrinsic motivators and towards a restorative approach – we use no extrinsic rewards or sanctions at all. Our goal is to try to change behaviour, rather than simply react to it. The ‘consequence’ of poor behaviour is that staff have a discussion with the child and the parents – what happened, why did it happen, who did it affect and how could we stop it happening again? When we find ourselves working with a child who struggles to behave, we ask questions about how we might adapt our provision as well. Clearly, these approaches are harder to put in place in a large setting, with a higher ratio of students to staff. But in the end, I believe that our goal must be to help our children develop self-regulation and work as part of a community. Our children need to learn how to behave, as well as learning how to learn, and we are going to have to move beyond behaviourism to achieve that.