Pedagogy of action for a hopeful world 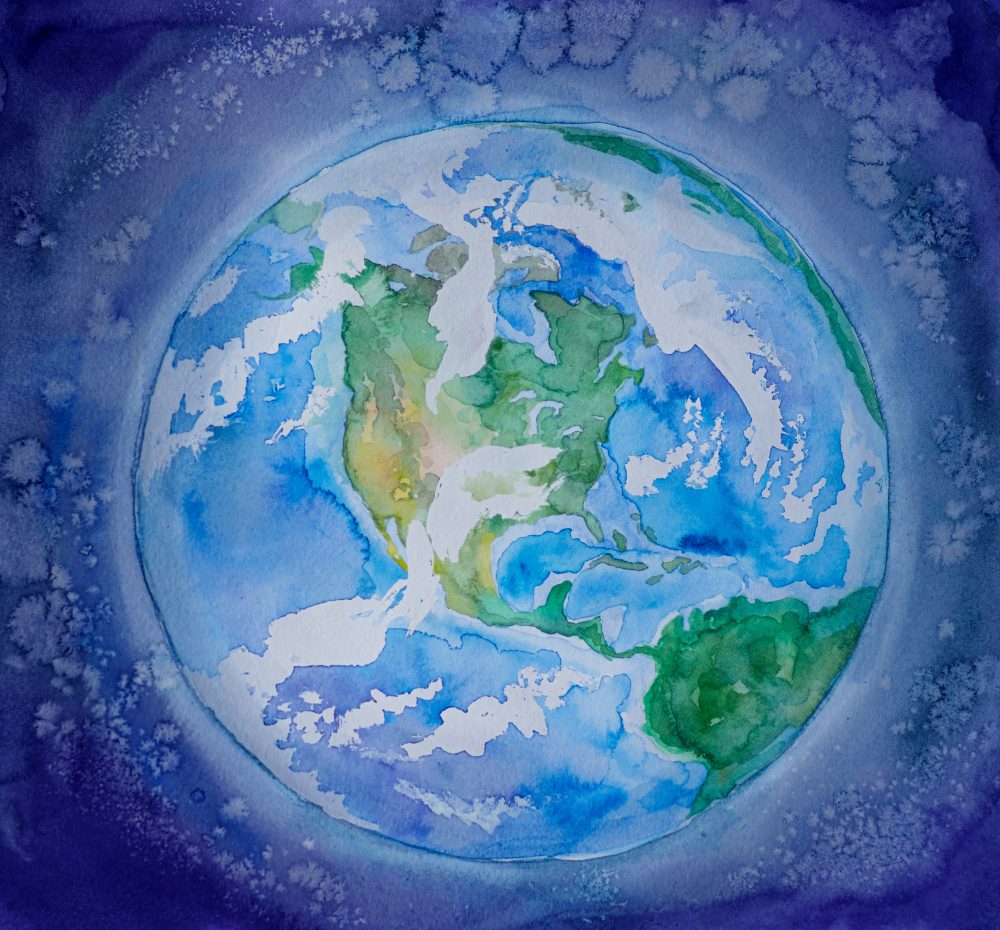 Across the globe, democracy is in a state of deep malaise. In the West, growing political polarisation, economic frustration and the rise of populist parties have eroded the promise of democratic institutions to offer governance that is not only popularly supported, but also stable and effective (Foa et al., 2020). Socrates, as recounted in Plato’s The Republic, argued that democracy is an active process and not an institution. Democracy, like any skill, needs to be taught systematically to people and takes practice to master. ‘Letting the citizenry vote without an education [Socrates would think,] is as irresponsible as putting them in charge of a trireme sailing to Samos in a storm.’ (The School of Life, nd)

Young people love to vote and participate. Whenever there are ‘elections’ at school, they get involved in large numbers. When it comes to voting for favourite performances on TV shows, they also vote en masse. As Professor Peter Mortimore (former Director of the Institute of Education) wrote (Cited in Jameson and Chapleau, 2011, p. 3):

‘In 1950, 84% of the electorate turned out to vote but only 65% did so in 2010. A survey of first-time voters carried out for Radio 1, just before the last election, reported that 30% did not believe their vote would count and 20% felt they did not know enough about politics to make a decision. Despite these comments, however, more than half claimed they would vote if they could do so online or using text messaging. And, from the 15.5 million votes cast during the last series of the X Factor, we know young people like voting.’

As Jane Wills et al. (2013 p. 6) argue in Citizen Schools: Learning to Rebuild Democracy, ‘[o]ver the past 30 years, we have been telling our young people and each other a very particular story about education. The story goes something like this: work hard, get good qualifications and you can be a success. After that, though, we usually stop.’ They then go on to say that (Wills et al., 2013, p. 6):

‘[h]owever, that story focuses on the success of the individual rather than of the collective. [It is important to make] the case for broadening the purpose of education through the role that schools can play as civic organisations – that is, as institutions that develop their students’ citizenship and ability to contribute to democracy. This is not to neglect the academic or the vocational, but to augment it.’

This appetite for participation that we see in young people decreases as they reach adolescence and then adulthood. This is because, I would argue, young people are rarely given the opportunity – built on a clear understanding of how the world actually works – to shape projects that lead to real change and which have an impact on their lives and those of others.

People care about what directly affects them on their doorstep. Sadly, and because of the way in which society has evolved in terms of civic participation, politics, in many ways, has become something remote from our everyday lives (see Arianna Huffington’s argument in Thrive (2015), itself developed in the same vein as Robert D Putnam’s Bowling Alone (2001)). Brexit is something that many of us have felt (and still feel) powerless about. Poverty is something that we are all angry about but feel unable to really challenge. Most of what is discussed on the news concerns us but seems increasingly out of our reach when it comes to influencing debates.

Putnam and Huffington’s arguments suggest that it has become a moral imperative to revive civic participation in local communities, insofar as there are major individual and societal benefits, not to mention ethical ones too. As Mortimore pondered (Cited in Jameson and Chapleau, 2011, p. 3):

‘So can politics be revitalised simply by installing better voting technology? My answer is “yes” if politics is defined as – and limited to – voting for a government every five or so years but “no” if it lives up to its true mission. Politics is about “people power” and must surely encompass groups of citizens taking collective decisions on behalf of their society based on justice, equality, fairness, safety, sustainability and the need for cohesion.’

Politics, like reading, and in order to be meaningful, needs to be taught well and practised – a lot! Politics, therefore, should be a habit and not only something that we do whenever there’s an election. The ability to read well rests on the successful learning of a complicated code, which, in English, takes years to learn. Successful readers are ones who have been taught the rules of the code, have been supported to apply their learning over long periods of time, and thus, eventually, achieved fluency/automaticity. Once children can decode quickly/fluently, they can more easily access the worlds of meaning that texts offer, from letters, to sounds, to meanings. And once they can read fluently, children more easily access the world that surrounds them, not stumbling upon blocks that would otherwise restrict their understanding of their surroundings. The world in which we live is a world of words, and it is almost universally taken for granted, therefore, that the teaching of reading – through a systematic approach to phonics – is a necessity.

What if the teaching of politics were considered in equal measures? Unlike systematic approaches to the teaching of reading, schools rarely know where to start when it comes to teaching children to become successful leaders who can have a direct influence on the world in which they live. This is because most adults don’t know where to start in terms of their own hopes for change. The system within which we’re operating, therefore, is one that reinforces an unequal status quo, whereby the political elites and the private sector, as many have argued – Robert Peston, for instance, in his Who Runs Britain? (2008) – will carry on dominating, whilst ordinary people will either remain silent or, when expressing an opinion, will simply moan.

If schools wish to enable students to become change-makers who can seize control of their own futures, it may be useful to consider the way in which we approach politics. It may be worth viewing politics as not simply meaning elections or involving political figures and parties arguing to get our votes. Based on my argument so far, the fact that politics is mostly seen as something done on our behalf by politicians is where we often get stuck.

Take a scenario that a colleague and I presented a group of teachers with. In reality, when facing an issue that we want to change, this is what often happens:

It has recently come to the attention of the headteacher at School X that visitors to the school are finding it difficult to locate the school. This is having a knock-on effect in the school, and a delegation of educators from various parts of the UK recently could not find the school. Members of the local community, who use the school premises for community events, have also reported that they’re finding it hard to find the school. This is leading to bookings being cancelled more and more regularly and community events being underattended. Local residents are tired of cars reversing in the neighbourhood, seeming confused/lost. The headteacher has written to the local authority, requesting a street sign to solve the problem. The local authority have not responded to several letters from the school. Students have marched to the town hall demanding a meeting with the Cabinet Member for the Environment who is responsible for making such decisions. Following press coverage of the students’ march to the town hall, the Cabinet Member has reluctantly agreed to a meeting with members of School X to discuss the issue. Your task is to negotiate with the council for the street sign.

After a 10-minute role play, turning our scenario into what could be a real-life negotiation, it became clear that a sign hadn’t been won and that it would never be won. Participants aiming to get the local council to install a sign spoke eloquently, but not much else could be said about the role play, from their perspective. On the other side of the argument, the participants representing the local council were able to quickly hide behind simple masks: we’ve got no money, we have other priorities, it’s not really an issue we’ve noticed, etc.

How do we teach ourselves – and then our students – to win, then? There are three key ingredients to consider:

Who do School X members need to have on their side so that the local council listens to them? Ignoring one school is easy; ignoring a group made up of members of local/neighbouring institutions working collectively is much harder. Neighbours include, in School X’s case, local churches and mosques, other local schools, groups of park users (friends’ groups), members of care homes, etc. Building relationships with those groups is what good neighbourliness is about, and it is one way to become more powerful. Most groups in neighbourhoods will overlap: a student at School X will worship at the mosque, will have friends in another school and will use the park at weekends. Weaving links between local institutions can become a very natural process.

People will do things when it helps them! Why should the person actually responsible for such decisions say yes? In the world in which we live, people will rarely help because ‘that’s the right thing to do’. Understanding what plays on your opponent’s mind is key! Is it publicity that they’ll be interested in? Is it re-election? Is it that you could help them with something else they’re working on?

In conclusion, and beyond the artificial nature of this role play, the important point on which to focus is in that understanding what it takes to win, schools need to be more realistic when they define their aims to ‘enable children to grow into successful leaders who can shape the world for the better’. Aiming to make children successful readers works when schools have a plan. Likewise, if interested in shaping the world for the better, we need to educate ourselves and be clearer about the way in which the world works.

Peston R (2008) Who Runs Britain? …and Who’s to Blame for the Economic Mess We’re In. London: Hodder Paperbacks.

Perspectives on coaching: What schools need to clarify

Quality conversations: The role of collaboration in assessment