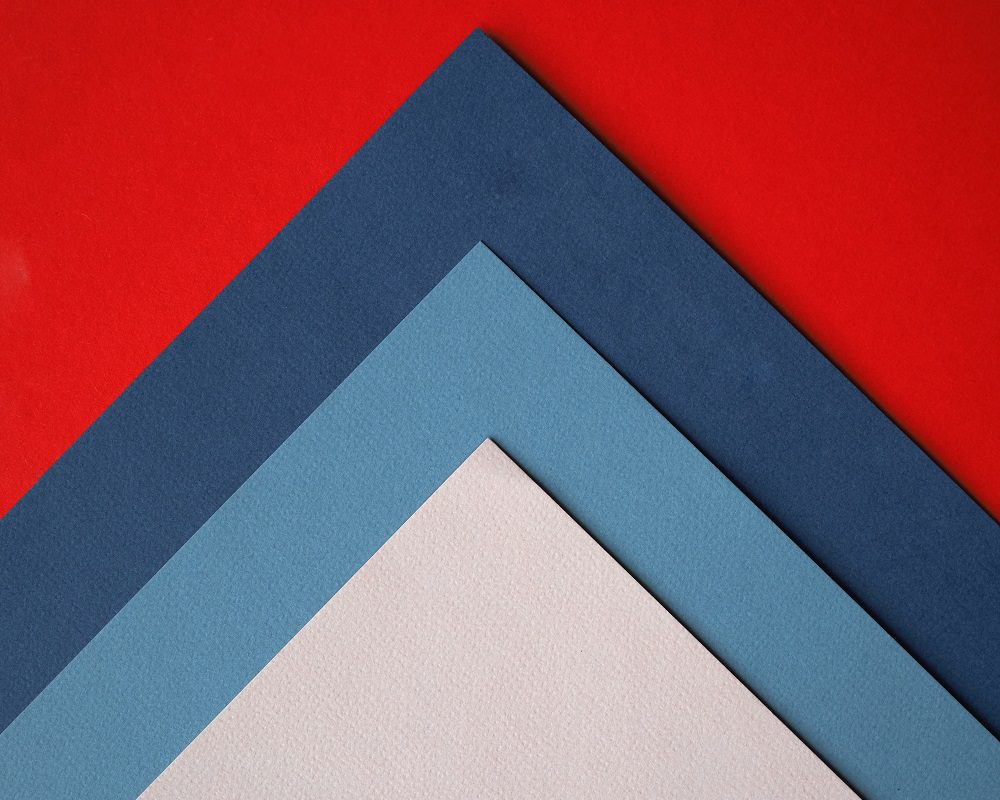 The cognitive revolution and the increased focus on evidence-based practice that has swept through the teaching profession in recent years has undoubtedly brought with it many positive outcomes. Yet in the rush to embrace the modern, it would be wise to remember that many of these new ideas have very old roots, and rather than disregard the ancestral wisdom of our profession, we would be wise to look for guidance at the successes and failures of our forebears. Doing otherwise will inevitably lead to the educational equivalent of reinventing the wheel, and one need not look far for pertinent examples – after all, are Bruner’s (Wood et al. 1976) thoughts on scaffoldingProgressively introducing students to new concepts to suppor... so very different from cognitive load’s guidance fading? Similarly, it does not take a huge leap of the imagination to see Ausubel’s (1960) advance organisers and the more modern knowledge organisers as examples of the educational version of parallel evolution. However, this cyclical tendency is not inevitable, and the current interest in mastery learning provides a wonderful opportunity to escape the reinvention trap by building on and learning from one of the classics of educational literature, Bloom’s taxonomy.

An attempt to codify the thought processes at work in most learning tasks, Bloom’s original taxonomy of 1956 classified learning objectives into levels of relative complexity (Bloom et al., 1956). Despite often being presented as a pyramid, with knowledge tarred with the ‘lower-order’ brush at the bottom of the pyramid, this does not appear to have been Bloom’s intention at all; rather, in seeing knowledge as foundational, he was stressing its importance as the building block upon which the ‘higher-order’ was built. Later revised by Anderson and Krathwohl (2001), the cognitive process dimension was changed from nouns (e.g. knowledge, comprehension) to verbs, with six verbs signifying the level of cognitive processing involved. The emphasis on the foundational importance of knowledge in the original was extended further in the revised version, by adding a separate knowledge dimension to the cognitive process dimension with four types of knowledge: factual, conceptual, procedural and metacognitive knowledge. Both dimensions can be combined, as depicted in Table 1.

The synergy between product (knowledge) and process (cognitive processes) has important implications for practitioners and aligns well with findings from cognitive scienceThe study of the human mind, such as the processes of though..., as well as being flexible enough to incorporate any future developments. So how could these knowledge types be combined with cognitive processes? Let’s turn to each of the four knowledge types.

Factual knowledge refers to the basic elements that learners must know to be acquainted with a discipline or solve problems within it. Sometimes, factual knowledge is labelled as ‘lower-order’ but, following the revised ideas (Krathwohl, 2002), it would not be appropriate to call certain types of knowledge ‘higher’ or ‘lower’, nor ‘more important’ or ‘less important’. While it is the case that the ‘verbs’ in revised Bloom are presented as an order – to remember, to understand, to apply, to analyse, to evaluate and to create – the distinction between them has to do with the relative complexity of cognitive processing rather than importance. For example, ‘remember’ would likely require less cognitive processing complexity than ‘analyse’. This is not to say that the level of cognitive processing involved is always easy to determine, as it interacts with task complexity. Moreover, the knowledge dimension can be combined with the dimension of cognitive processes; factual knowledge can play a role in all levels of cognitive processes. In other words, factual knowledge is also, for example, used in creating and analysing content knowledge. Fan and Bokhove (2014) apply this in their reconceptualisation of algorithms: algorithms can just be remembered (and that is perfectly fine!) but can also be understood more deeply.

The six action verbs can also be combined with ‘conceptual knowledge’. Concepts have been described by Murphy as ‘the glue that holds our mental world together’ (2002, p. 1), and the new taxonomy defines conceptual knowledge as ‘the interrelationships among the basic elements within a larger structure that enable them to function together’ (Krathwohl, 2002, p. 214). For our purposes, we will take a similar line to Murphy (2002) in seeing the conceptual as ultimately a mental categorical tool that allows us to infer, albeit sometimes wrongly, when encountering new entities and, in turn, gives us the ability to communicate about them. It is this link to both inference and novel situations that is why conceptual understanding is often strongly linked to transferThe processes of applying learning to new situations of learning. Especially topical now, concept-based learning is proving increasingly popular internationally, with the International Baccalaureate committing to a concept-based approach, in large part through the work of Erickson (2012).

The third type of knowledge in the revised Bloom is procedural knowledge. Procedural refers to the ‘how to’ of expressing knowledge. Ohlsson (2011) has described how cognitive scientists differentiate between ‘declarative’ and ‘practical’ knowledge, and despite clear connections between the two, there are important differences. For example, declarative knowledge is knowledge about the way the world is, which would probably refer more to factual or conceptual knowledge, whereas practical knowledge is knowledge about what we do: knowledge of how to perform tasks, reach goals or produce desired consequences. A key illustrative difference between the two is that declarative statements can be more or less accurate, while practical knowledge is neither true nor false, but more or less effective. Ohlsson (2001) also sees practical knowledge as having what he calls ‘production rules’ – three-way associations between a goal, a situation and an action. Work by Rittle-Johnson and colleagues (2015) in mathematics education has also demonstrated that procedural and conceptual knowledge are entwined. The procedural, such as knowing which steps to take to solve an equation, and conceptual knowledge, such as knowing what the role of a variable is, go ‘hand in hand’, and both are developed iteratively. Likewise, the metacognitive without the procedural, such as knowing what solution strategy to use but not being able to swiftly solve an equation, may not be an outcome that we would desire for our students either.

Moving on from knowing how to do something to self-assessing how well we do things is the fourth type of knowledge in the knowledge dimension. Like its close cousin self-regulation, metacognition is generally conceptualised as consisting of different components. While the revised taxonomy made the distinction between strategic knowledge, knowledge about cognitive tasks and self-knowledge, more recent authors make a common distinction between two components: metacognitive knowledge and metacognitive skills (Veenman et al., 2006). Metacognitive knowledge is what a learner knows about the way in which they learn or how they can engage most efficiently with a particular task, while skills refer to the ability to regulate these activities. Both are of key importance and interact with one another. Effective use of metacognitive skills entails the application of metacognitive knowledge, which includes pupils’ ability to assess or evaluate their progress on cognitive tasks as well as their ability to use strategies to regulate progress in a systematic manner (Karably and Zabrucky, 2009). Similarly, Schraw et al. (2006) call the two main components the knowledge of cognition and regulation of cognition, with knowledge of cognition including three further subcomponents – declarative, procedural and conditional knowledge – and regulation of cognition including planning, monitoring and evaluation. We again see that metacognitive knowledge is distinct but is closely related to the other types of knowledge. Perhaps more speculatively, the metacognitive has exceptional potential to interact with other dimensions and, in particular, the affective. With the role of emotion in learning attracting increasing attention in other disciplines – for example, the role of emotion in working memory capacity (Moran, 2016) – it suggests that there is a clear opportunity to update or modify those theories to include it.

Through the example of the revised Bloom’s taxonomy (Krathwohl, 2002), we have seen that some of our professional ‘ancestral wisdom’ is very current indeed. Education has a marked tendency to reinvent the wheel and, as with Bloom, potentially valuable ideas can drift out of fashion. Indeed, there is a cautionary tale here and the current focus on cognitive science could also in turn shift elsewhere. In this article, we are suggesting one way of avoiding this fate by demonstrating that the revised taxonomy’s two-dimensional structure, comprising the four knowledge types and the six cognitive processes, is more than flexible enough to incorporate new findings, thus offering the possibility of more clearly building on what has come before. We conclude by turning to some practitioner implications arising from the previous discussion.

Anderson and Krathwohl (2001) A Taxonomy for Learning, Teaching, and Assessing: A Revision of Bloom’s Taxonomy of Educational Objectives. New York: Longmans.

Ausubel DP (1960) The use of advance organizers in the learning and retention of meaningful verbal material. Journal of Educational Psychology 51: 267–272.

Fan L and Bokhove C (2014) Rethinking the role of algorithms in school mathematics: A conceptual model with focus on cognitive development. ZDM-International Journal on Mathematics Education 46(3): 481–492.

Karably K and Zabrucky K (2009) Children’s metamemory: A review of the literature and implications for the classroom. International Electronic Journal of Elementary Education 2(1).  Available at: www.pegem.net/dosyalar/dokuman/138486-2014010414591-3.pdf (accessed 9 December 2019).

Rittle-Johnson B, Schneider M and Star JR (2015) Not a one-way street: Bidirectional relations between procedural and conceptual knowledge of mathematics. Educational Psychology Review 27(4): 587–597.