What can cognitive psychology tell us about the challenges of learning mathematics (and what do we still not know)? 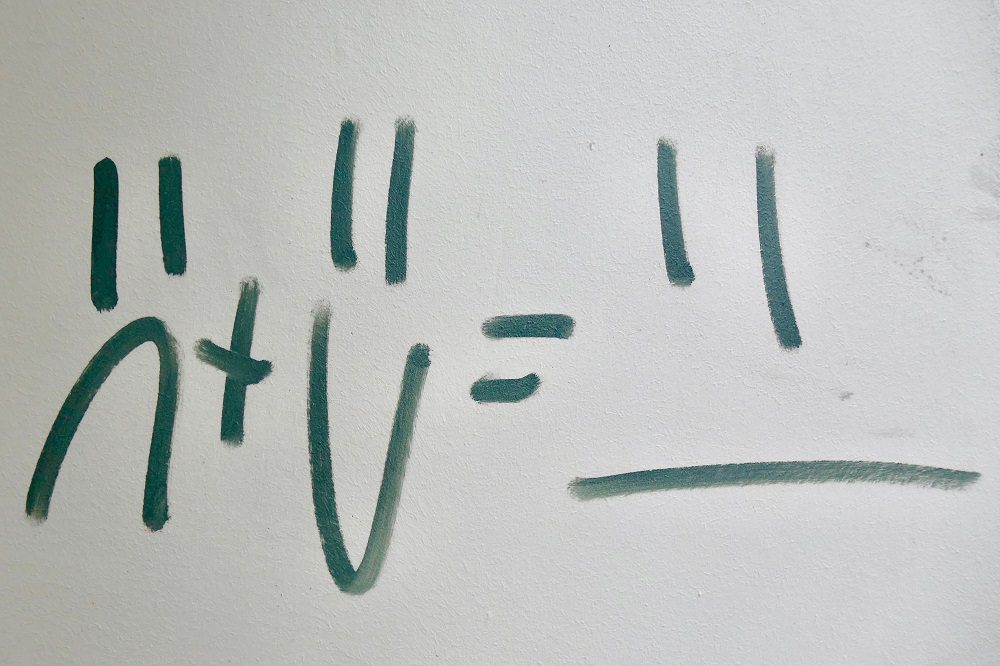 A wide variation in children’s mathematics skills is observable from the earliest stages of mathematics instruction (Aubrey et al., 2006). Not only do children begin school with different levels of numeracy skills but mathematics skills also develop at different rates (Xenidou-Dervou et al., 2018). Researchers in cognitive and developmental psychology are interested in understanding how these differences arise and how far they can be explained by differences in children’s cognitive skills.

Considerable research has explored the basic number-processing skills that are associated with success in arithmetic. This work is based on the premise that differences in the way in which we internally store and process numbers may make it easier or more difficult to build on this information – for example, to perform arithmetic operations. Our mental representations of numbers may be based on the magnitudes that numbers represent (i.e. that 5 is ●●●●●) or on the position of the number in the counting sequence (i.e. that 5 comes after 4 and before 6). Both these sources of information have been implicated in explaining differences in arithmetic skills. There is a small but consistent association between individuals’ ability to compare magnitudes (such as two arrays of dots) and their scores on arithmetic measures (Schneider et al., 2017). Similarly, there is a relationship between the ease with which individuals can identify ordered sequences of digits (e.g. 4, 5, 6) and arithmetic skills (Lyons et al., 2014). This magnitude and sequence information may form the basis of a ‘sense’ of numbers that allows us to estimate the results of arithmetic operations and check whether our answers are reasonable.

Another skill that has been associated with success in arithmetic is the capacity to select appropriate strategies for solving problems. Even simple arithmetic operations may be solved by a variety of different techniques. For example, 21 – 16 could be solved by counting up, counting down, decomposition or retrieving the answer. Studies have found an association between the strategies that individuals use to solve problems and overall mathematics achievement. Individuals with higher levels of mathematics achievement don’t necessarily have a different range of strategies to use; however, they do tend to make more adaptive strategy choices. That is, they vary their strategy selection to maximise accuracy and efficiency, depending upon the numbers that are in the problem and their knowledge of their own capabilities (Torbeyns et al., 2004). Adaptive strategy choices may support better overall mathematics achievement because efficient arithmetic processing can free up cognitive resources to focus on conceptual aspects of a problem.

Alongside mathematics-specific skills, research has identified a set of more general cognitive skills that are also involved. Perhaps the best known of these is working memory, a limited capacity system for storing and manipulating information. The association between working memory capacity and mathematics achievement is well established. When asked to store and process information (e.g. listening to a sequence of words and repeating these in reverse order), individuals who can store and process more information tend to also have higher levels of mathematics achievement (Lee and Bull, 2016). Working memory may play multiple roles in learning and performing mathematics (Cragg et al., 2017). This includes keeping track when counting steps, storing interim totals and retrieving known facts from long-term memory when performing arithmetic, as well as keeping the problem goal in mind or identifying conceptual relationships.

Beyond working memory, researchers have increasingly investigated the role of inhibition – the ability to ignore distractions and suppress unwanted responses (Van Dooren and Inglis, 2015). Inhibition appears to play an important cognitive role in mathematics because we often need to ignore distracting information from our previous experiences with mathematics. For example, when children learn fractions and decimals, they need to ignore, or inhibit, whole number information, e .g. to understand that ¼ is smaller than ½. Inhibition skills may also be required for children to resist the impulse to use a well-practised strategy in favour of a conceptually based approach to solving a problem, or to suppress the recall of related but incorrect number facts. Research is beginning to unpick the role of inhibition in learning; however, many questions currently remain (Lee and Lee, 2019).

Finally, research has also demonstrated that spatial skills are associated with success in mathematics (Mix and Cheng, 2012). Spatial skills encompass our ability to perceive the location and dimension of objects and their relationships to one another. Spatial skills play a fundamental role in some areas of mathematics, for example shape and geometry, but are also involved in numeracy, for example in understanding place value, using number lines and performing column arithmetic (Mix, 2019).

What are the potential implications of this research for the classroom?

As outlined above, research has identified a range of cognitive skills that are associated with success in mathematics. This has two key implications for teachers. First, there are many different reasons why children may struggle with mathematics. If children are making slower than expected progress, this could be due to reduced working memory capacity, poor mental representations of number, difficulties with spatial relationships, poor strategy choices or many other reasons. Identifying which skill or combination of skills is impacting children’s learning requires an awareness of the different skills involved. Cognitive research can help teachers to be aware of what to consider when identifying why a child is struggling and to provide appropriate support. To do this, teachers need accessible ways to assess children’s cognitive skills.

A second implication of this research is that teachers might wish to consider the cognitive skills involved in their classroom mathematics activities. Any activity will include demands on working memory, inhibition, spatial skills and so on, as well as the specific mathematics that is the main target of the activity. In some cases, these extraneous demands may reduce children’s capacity to focus on the mathematical material being delivered or practised. For example, using mental strategies to solve novel arithmetic problems may overload working memory, preventing children from understanding the new material. Similarly, practising column arithmetic strategies without support for aligning columns may challenge young children’s spatial skills and prevent them from applying the strategies correctly. Teachers may therefore wish to intentionally reduce the demands on these skills when introducing new material or later increase these demands once the mathematical content is familiar.

What the current body of cognitive research doesn’t tell us

We believe that cognitive research provides teachers with information that can be helpful for their classroom practice. However, it is important to be aware of what this research doesn’t tell us. First, the majority of the research is focused on children’s mathematics performance and not their learning of mathematics. Studies typically investigate the relationship between specific skills and mathematics achievement at a single time point. It is less common to explore the relationship between different skills and children’s mathematics learning over time. Nevertheless, this is essential to understand differences in children’s learning rates and why some children may not reach their full potential.

Second, much of the current research focuses on a single skill, or a small number of skills in isolation. However, the relationship between specific cognitive skills and mathematics achievement may vary according to children’s broader cognitive profiles, including attitudes and emotions, and the environment they are in. Children may be able to compensate for lower levels of certain skills with strengths in different areas. For example, good conceptual understanding of arithmetic may help children to overcome the limitations of reduced working memory capacity and help teachers to build on children’s strengths to support learning.

Even if a causal relationship exists between a specific skill and mathematics achievement, this does not tell us that interventions based on improving the skill are helpful. For example, even if differences in working memory capacity do cause differences in mathematics achievement, it may not be possible to modify working memory capacity and thus improve mathematics achievement. Similarly, even if a causal relationship exists and interventions based on improving certain skills are possible, this does not mean that this is the most effective way to improve mathematics skills. For example, even if there is a weak causal relationship between children’s magnitude representations and arithmetic skills, children may benefit more from an intervention focused on training symbolic number skills than one based on training magnitude skills.

Identifying the skills associated with success in mathematics can be informative for teachers to help them understand children’s difficulties and to make adaptations to the activities or resources they use. These associations do not necessarily indicate that interventions based on these skills may be effective or appropriate.

Research over the past two decades has made significant progress in understanding the cognitive skills involved in mathematics, and this can be valuable information for teachers. However, there is still much to find out to maximise its impact in the classroom. Efforts to do so would benefit from researchers and teachers working together to establish how changes in classroom activities and materials can build on findings from research and to identify how evidence of effective classroom practices can inform cognitive theories of mathematics learning.

Mix KS and Cheng Y-L (2012) The relation between space and math: Developmental and educational implications. Advances in Child Development and Behavior 42: 197–243.

Redrawing the cross-curricular map: An interdisciplinary approach to curriculum design across the humanities