2-Curious: The potential of performance-based practice in dialogue with early years practice 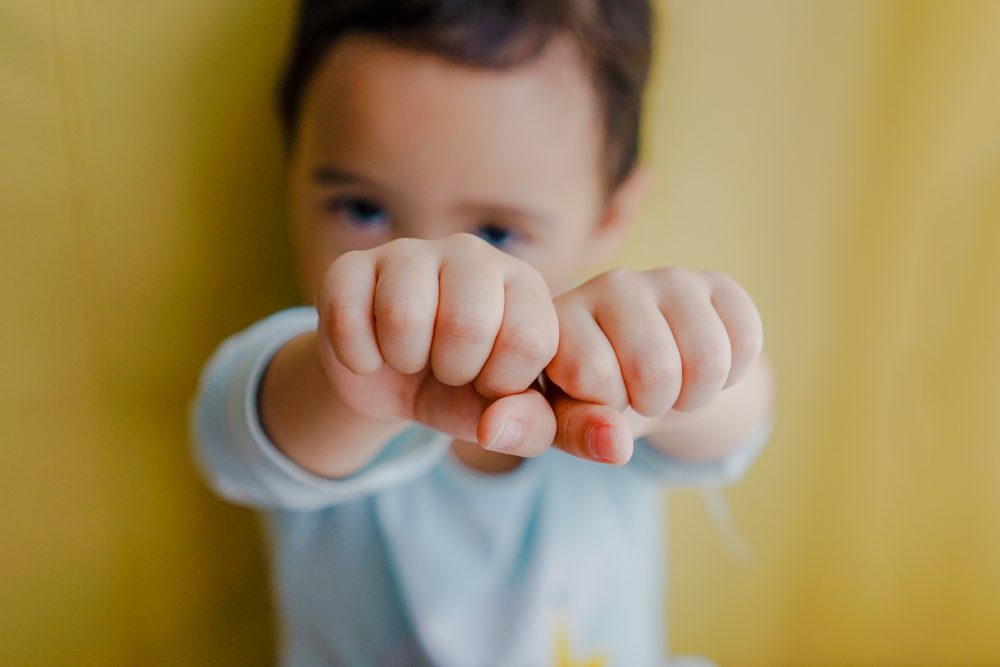 This article reports on the preliminary findings of a pilot project commissioned by Curious Minds, which linked two performance-based cultural partners (The Horse and Bamboo and Primed for Life) to two nursery schools in Lancashire. A research team from Manchester Metropolitan University worked in collaboration with Curious Minds to explore how collaborative partnerships between performing artists and Early Years practitioners might inform practices that support children’s acquisition of language and literacy. How this age group learn through their bodies in movement is an under-researched area (Powell and Goouch, 2014). Our research questions were:

A series of six creative workshops for two-year-old children with their parents/carers or nursery practitioners took place in each nursery setting, matched with a cultural partner. In both projects, performers planned to minimise their use of words and create talk-free ways of engaging with children. In one setting (Walton Lane Nursery School and Early Years Centre), a regular group of children, parents and Early Years practitioners visited the Horse and Bamboo Theatre for a series of interactive workshops. In this project, Ruthie Boycott-Garnett from Horse and Bamboo created a series of simple performances around a specific household item each week – for example, brushes or cardboard boxes. Once in the theatre space, she created a short and almost wordless performance in response to the object, and then would invite the group to immerse themselves with materials related to the week’s chosen object.

In the other setting (Newtown Nursery School and Early Years Centre), Anna Daly and Anne O’Connor from Primed for Life carried out a series of sessions in the nursery, working alongside Early Years practitioners. The focus of these sessions was a largely wordless performance called ‘This Little Light of Mine’, in which sessions were based around lullaby and bedtime worlds, with a focus on movement play, dance and performance. As with the theatre sessions, the format for this was a solo performance to begin with, but opening up to invite children/adults to participate and to engage with materials such as scarves.

Inspired by Rinaldi’s work with documentation in Reggio Emilia (2001), our methodology was to collaboratively document the sessions with the participants, through the medium of film, photos and notes. This ensured that data-gathering was incorporated as part of the workshops so that parents and Early Years practitioners were involved in collective reflection where possible after the sessions. We were interested to explore the extent to which this more collaborative and co-produced approach to data-collection might impact the ‘intuitive scripts’ (Goouch and Powell, 2014) that we use as adults when we talk to children. In a climate where there is much scrutiny given to the quantity of talk and the way that adults speak to children, this has the effect of producing particular linguistically weighted scripts that mediate adult–child interaction. Our hypothesis was that the anxiety about accelerating children’s verbal capacities might be reducing rather than expanding the communicative possibilities between adults and children.

At a moment when the concept of planning-in-the-moment is gaining currency in the professional development of Early Years practitioners (Ephgrave, 2018), the data provoked discussion about how artists planned sessions differently to Early Years practitioners. Their plans were not outcomes-based or progress-focused but more concerned with the possibility of what materials might offer and the possible flow of the session. In the artists’ case, the plan was only a loose guide and in many of the post-session reflections the artists would talk about how they adjusted their actions to respond to the unanticipated reactions that children made in response to the materials presented.

The importance of slowing things down

A recurring theme was the need to ‘take time seriously’ (Bates, 2018); it was hard to put into words what it was about the session that opened up a space where time was allowed to move more slowly. Frequently, participants spoke about feeling as if they had been released from the pressure of performance, from having targets, and that they were without an agenda. It was intriguing that while the artists were ‘performing’, the Early Years practitioners and parents talked about feeling that they were liberated from the pressure of performance.

The value of altering adult–child relations

Another theme that emerged from the data discussions was a shift in the adult position. The performers themselves adopted a strategy of hardly talking at all to children, and instead performing and responding without words. Parents and practitioners were surprised that children responded collectively without direct verbal direction. In the sessions, there was no expectation that children had to participate in a specific way, nor was there an expectation that adults needed to instruct, direct or question children. The data contained many examples of adults responding more than they usually did to children’s signals (face, gesture, body movements, sounds). This led to discussions about how adults were sometimes more like playmates, both in terms of tuning into the objects that children were fascinated by and in the way that they used their bodies more intensively as a way to respond to children.

The affordances of materials

There was a significant attention to the material qualities of resources at the heart of planning the performances, where ‘each new material had enough potential for a whole theatre show: each weekly session would inspire new ideas on not what to do but how to create work’ (arts practitioner evaluation). The significance of materials and objects in provoking surprising and unexpected responses was a core feature in both projects. This active role of the materials themselves (such as duvets, scarves, cardboard boxes) supports what Moss (2018) calls the ‘material turn’ in early childhood studies, one that expands on a socio-cultural approach where language and the relationships between adults and children are at the centre. Rather than the child/adult relationship being at the centre of things, in this new materialist scholarship, ‘the child is part of an entangled web or network of relationships, connecting the human and the nonhuman, culture and nature, the material and the discursive.’ (Moss, 2018, p. 152)

Being confident to take note of significant events that unfold

Each performance was punctuated by small but significant events. One could think of these events as stories, except that qualities of the events were lost when put into words. Therefore, in our data analysis we settled for using the word ‘event’. An example of this became referred to as the ‘Shoe and Ribbons Event’, when J lost his shoe and this then emerged as a game where J went around, one by one, asking who had his shoe. We talked about the way that these mini-events acted as a kind of collective glue, and reflected that there was an art to responding to an ‘event’ that was about responding in the moment. While improvisation stood out as a key feature of performance practice, this quality is less associated with Early Years practice, in terms of both training and policy discourse. Even though it is something that Early Years practitioners are often skilled at, it is rarely valued as a quality of good practice. Another feature of the tuning into ‘events’ was the way that a small object, gesture or sound were all things that could become very significant. Small things had the potential to bring children, adults, places and things together – for example, blowing the scarves, switching on and off the lights, running ‘through’ heavy theatre curtains or requesting to be picked up for a swing.

Recognising the physicality of communication and sound-making

Watching film clips opened up a conversation about the relationship between bodies and communication. The notion of ‘communicative musicality’ (Trevarthen and Malloch, 2002) could be detected in many of the data clips where children used sound with gesture. It was clear that tone, speed and pitch of voice had a relationship with the moving body – for example, when H started to vocalise as she swung her torch round and round and her Mum said ‘fast/sloooow’. We noted the powerful collective way that bodies responded to each other’s movement (Løkken, 2000), sometimes producing rituals where actions would be repeated.

The temptation for adults to over-use words was noted in discussions, as was the potential of minimal language to open up a more inclusive communicative space. For example, A, in context of a busy classroom, would not usually respond to the interactive bids of others. In the dance session, he initially did not join in the group, but he stayed on the periphery and often looked away from the group activity. However, a few minutes later, at the edge of the room, he reached his hands upwards, facing the wall hanging, and uttered ‘Up’, and then lowered his hands, uttering ‘Down’. A’s actions did not stand out as odd in the context of these dance sessions, as they might in the classroom setting.

Delayed language acquisition is strongly associated with the ‘achievement gap that exists by the time children enter school’ (Law et al., 2017, p. 5), and this has led to a research focus on pre-school interventions that result in increasing children’s vocabularies. This study suggests that an overemphasis on talk may, counter-intuitively, impoverish forms of communication by narrowing our perceptions of young children’s modes of interaction with the world. Turning to the affordances of performance arts, multimodal communication offers richer and more complex possibilities: ‘Because our world is one of symbols and complex meaning making within and across media, it requires us to call upon multiple literacies in order to access, interpret and recreate it.’ (Hall et al., 2016, p. 340) This pilot study found that the effect of adults reducing rather than increasing their talk augmented the potentialities of expanded notions of communication and literacy. This helps us to rethink what we might understand by young children’s communication: ‘young children’s literacies are seen not only as embodied sensory experiences but embedded in and inseparable from their entanglement with the world’ (Hackett and Somerville, 2017, p. 388). With emerging events connected by improvisation/time and being-in-the-moment, the two projects generated affective possibilities: an immersive experience of entangled matter, materials and the semiotic that contributed to removing the boundaries between the young child, language and the environment.

Curious Minds is a charity based in Preston and works to place creativity and culture at the heart of education and other services for children and young people.

Ephgrave A (2018) Planning in the Moment with Young Children: A Practical Guide for Early Years Practitioners and Parents. Oxon: Routledge.

Trevarthen C and Malloch S (2002) Musicality and music before three: Human vitality and invention shared with pride. Zero to Three 23(1): 10–18.

Staying connected: The informal learning of primary teachers during the COVID-19 lockdown to meet the challenges of emergency remote learning

Challenge the C in CPD: Should it be C3PD?