Dialogic RE: Oracy for the 21st century 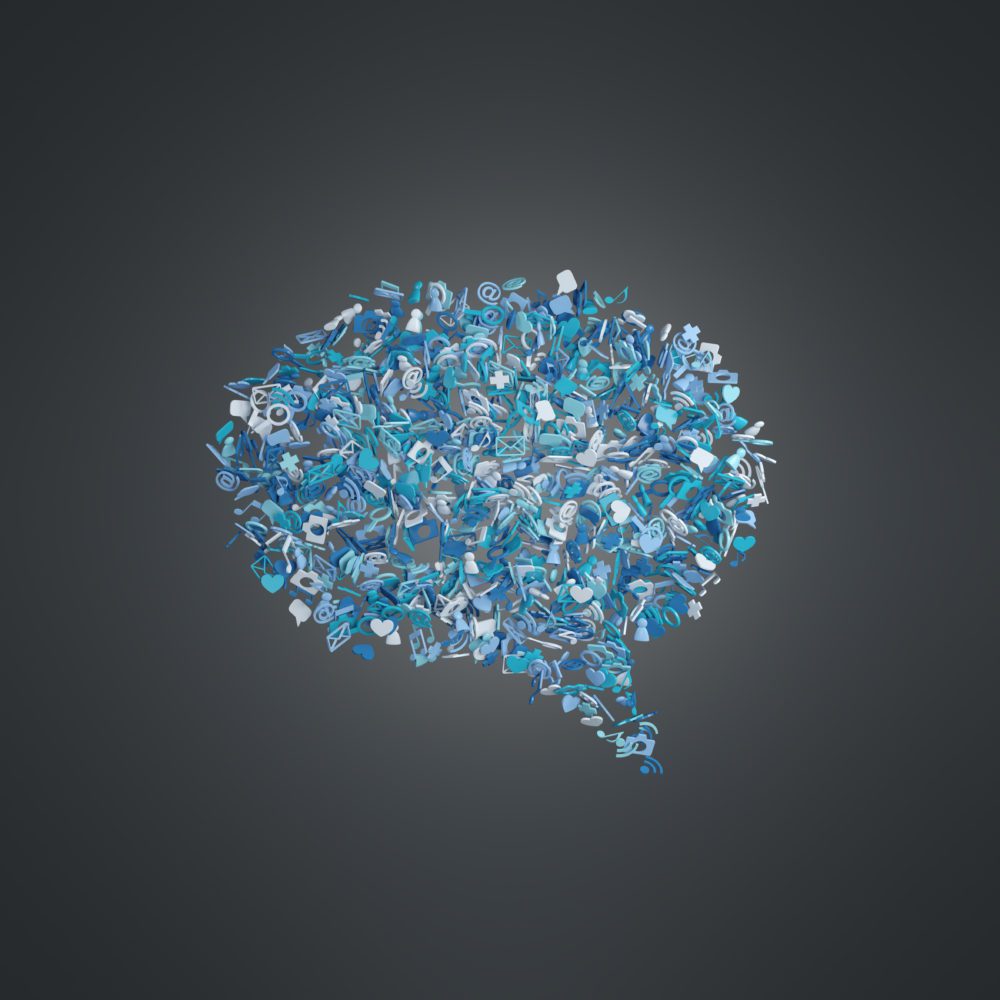 ‘It is our hope… to improve the amount and quality of oracy teaching in British schools, so that young people are better prepared for life in the 21st century.’

So writes Neil Mercer, emeritus professor at Cambridge University and a researcher at the forefront of oracy pedagogy. This paper gives an insight into a dialogic approach to RE that addresses Mercer’s call to better prepare students for 21stcentury living.

This dialogic RE develops students’ reasoning by promoting two types of talk: cumulative talk (consensus building) and exploratory talk (constructive criticism). Reasoning is made visible as students try to create trust and achieve consensus through cumulative talk, whereby they ‘…build positively but uncritically on what the other has said’. This is a prerequisite to exploratory talk, in which the students ‘…engage critically but constructively with each other’s ideas’ (Mercer, 1995, p. 104). In the world of RE, two of the main proponents of reasoning and dialogue are Andrew Wright (Wright, 2007) and Mike Castelli (Castelli, 2018). The former advocates critical pedagogy, whereby students create intelligent conversations about questions of ultimate truth, whilst the latter proposes an RE faith dialogue pedagogy that develops students’ skills in articulating their own beliefs whilst responding to others’ belief systems. As a teacherresearcher of RE for 30 years, I had always been interested in my students conversing intelligently and articulating their beliefs. However, it was only when I came across oracy, as proposed by Douglas Barnes (Barnes, 2008) and Neil Mercer, that my classroom scaffoldingProgressively introducing students to new concepts to suppor... of intelligent, articulate conversations in RE truly ‘came to life’.

Pedagogically, the development of the dialogic skills of cumulative talk and exploratory talk are necessary prerequisites for creating a public sphere in which those from opposing backgrounds – faith and nonfaith – can converse with each other in a reasoned manner (Luby, 2018). A prime example of such reasoned conversation is found in the opening chapter of a recent book in which former Archbishop of Canterbury, Rowan Williams, converses with an eminent atheist, Raymond Tallis. Both cumulative talk and exploratory talk feature within their conversation. Cumulative talk underpins their whole conversation as, with mutual respect, they engage in conversation about the topic ‘Science, stories and the self’, and their exploratory talk considers such matters as the beginning of the universe ((Tallis and Williams, 2017), p. 8).

Theirs is a highly sophisticated and engaging conversation that, at a secondary school level, one would wish to emulate in the classroom. My PhD fieldwork suggests that this is achievable. For instance, in the transcript extract below, A-level students James (atheist) and Prentice (Catholic) removed themselves to another room, where they explored the concept of the soul as a form of energy, linking this with near death experiences (NDEs) and even the existence of spiritual worlds in other dimensions.

James: …I suppose you’ve got people that don’t necessarily believe in God but do believe in a spiritual world. You don’t need to have… I don’t think you need to have a belief in a God as such. I suppose if you think about the soul, which we don’t know much about, we don’t know where that comes from but in a scientific way you could sort of put that down to being sort of an energy field or something, and if you go with the fact that energy can neither be created nor destroyed, if the soul is an energy can that sort of transcend you in some way, or is there… does it become… when it leaves the body, if that’s what happens, does it become like a radio signal? Just sort of floating around, which on this question about some Christians think that heaven is all around us but we just can’t see it, maybe not heaven, but a realm of energy possibly.

Prentice: That’s true! That’s true! I think that I’ve always been… like the question said, I have always been quite interested in the fact that when some people die they… as they’re on their death bed they talk about the light, and they’re going towards the light, and they’re going towards… I wonder if that there is starting the separation between this world and the next. If there is… maybe another world, then once they see the light, if that’s stepping into yet another fifth or sixth dimension. Um… I think that’s something that could be explored but in that sense, like you say, we won’t know until we get to that moment ourselves because the science isn’t that advanced as yet. […]

James: But in a sense it’s the kind of thing that like you… you feel that that’s it because obviously they would see the white light coming out, and then that… they… I suppose if they had… […] But it’s not, it’s… a whole different existence, possibly our death is the start of an even more amazing existence…

Prentice: That’s true! That’s true! I think that the next life is definitely… um… a high possibility… I think that… um… this world… I like to… I think Plato had a good analogy with the world of forms and the world of the appearances. I do think that we must have got this perfect idea of all these analogies and things from somewhere; and I think that even though we don’t have the evidence for it in this world, I think that when we do pass we will enter another world, whatever that world may be. Um… I’m a Catholic so I think it will be heaven and God; however, I am open to the idea of maybe not God, maybe just another spiritual world as such.

James: What my kind of thing is, even though… atheist, agnostic, but I think that… it could be possible that God isn’t necessarily the god that is in the Scripture; but God is in the universe itself so… but it makes things change and everything. It’s not a great analogy but like if you have uranium, it causes things to change, like its radiation, it causes mutation, it doesn’t know what it’s doing because it’s not live. That’s a possible explanation…

This is an imaginative conversation between James and Prentice in which they explore the possibility of heaven being a field of energy; and James even compares the actions of God with radiation emanating from uranium. They constructively build upon each other’s ideas, and their speech is hesitant and broken with dead-ends and changes of direction. This exemplifies exploratory talk as defined by Barnes (Barnes, 2008), since the students benefitted from being in a ‘safe space’ outside of the classroom. However, within a crowded classroom, this may be almost impossible to achieve, as students typically require space and time, away from others, to engage in such depth of conversation.

Such depth of conversation is quite frequent when students are afforded time and space. My PhD fieldwork comprises students engaging in paired conversations outside of their classroom. Following earlier research(Luby, 2014), students’ conversations are deemed to be of ‘high quality’ if they have a minimum of 700 words of which at least 70% comprise cumulative talk and exploratory talk. Transcript analysis of 61 conversations reveals that 39 of them are of ‘high quality’. Twelve conversations are judged as ‘mid quality’ and only 10 are deemed to be ‘low quality’. From this analysis, it is reasonable to conclude that dialogic RE promotes good levels of participation in cumulative talk and exploratory talk.

The students also value the experience of participating in paired conversations. This is evidenced by their one-sentence written comments that reflect upon their experiences. Of the 62 responses, only two are negative, whilst seven are mixed and 53 are positive, for the following reasons. Firstly, the students cite the value in learning the thoughts and opinions of others. Secondly, they value the opportunity to speak freely. Thirdly, they appreciate encountering unfamiliar and new ideas. Fourthly, they believe that they are developing their own understandings. Finally, they welcome the depth of discussion afforded by the paired conversations.

Reflecting upon a lifetime in RE, I have little doubt as to the success of this dialogic approach; I only wish that I had discovered it sooner. What remains to be addressed, though, is the practicality of students engaging in paired conversations inside the classroom. Certainly, for older students, it is feasible to trust them outside of the classroom – as did my respected colleague, Gillian Georgiou (RE Adviser, Anglican Diocese of Lincoln). She did so when teaching RE in a large and diverse London state comprehensive. Her students were spread throughout the school and they summarised and shared their conversations via Twitter. Another colleague, Andy Dickenson (senior lecturer in computing and new technologies, Bishop Grosseteste University), recommends that future work concerning oracy within classroom practices should focus on the use of new technologies such as Book Creator, GarageBand and iTunes U. Such technologies may enable paired conversations within a classroom to be edited, in conjunction with the teacher, prior to sharing with the rest of the class.

For teachers considering the introduction and/or development of dialogic skills within their classrooms, may I recommend a simple set of ‘ground rules’ or a ‘prompt sheet’ (see above).

Passing the torch on to a new tech-savvy generation – who, I wonder, might take this up?