Metacognition through prompts in mathematical problem-solving 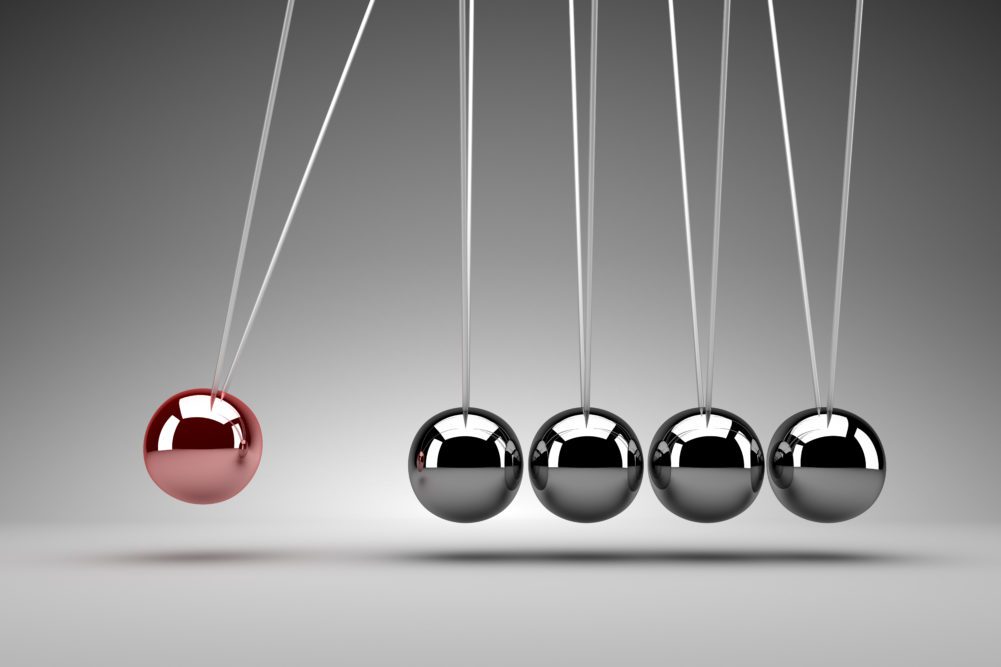 Why problem-solving? Problem-solving has long had a strong emphasis in mathematics education. In 1982, the Cockcroft Report asserted that ‘the ability to solve problems is at the heart of mathematics’ (Cockcroft, 1982). In recent years, as a result of reforms to the mathematics GCSE, a focus on problemsolving has re-emerged. A minimum of 30% of the marks in higher-tier GCSE papers now involve problem-solving (previously 15–25%), and students are increasingly required to make links between different areas of maths within a broad range of contexts (OFQUAL, 2015).

As a consequence of these curriculum changes and exam reforms, it became apparent that many of my top set Year 11 students, who previously viewed themselves as strong mathematicians, were losing confidence in their ability to solve the increasingly difficult problems expected of them. In search of a possible solution to this, I developed and trialled a new approach to developing my students’ problem-solving abilities. Metacognition, which Swanson defines as ‘the knowledge and control one has over one’s thinking and learning activities’ ((Swanson, 1990), p. 306), formed the starting point for my research, because the ability to self-regulate one’s thoughts is both a common trait of expert problem-solvers (Swanson, 1990) and prominent in the EEF’s Teaching & Learning Toolkit (Education Endowment Foundation, 2017). This then led me to the problem-solving heuristic developed by Polya (Polya, 1945). Below, I note some of the key features of this heuristic before describing how I adapted it to use with my students.

Heuristics, in the context of problemsolving, are a set of practical strategies to help students solve mathematical problems. Schoenfeld ((Schoenfeld, 1987), p. 284) aptly refers to heuristics as ‘rules of thumb for making progress on difficult problems’. Polya’s heuristic breaks problem-solving down into four stages for students to focus on:

Students do not follow a linear path through these stages when working on a mathematical problem; instead, they tend to alternate between stages (Liljedahl, 2016). For example, a failed attempt to carry out a plan (Stage 3) may lead students to devise a new plan (Stage 2) or prompt a realisation that they may not have fully understood the problem, which would lead them back to Stage 1.

Within each of the stages, a number of prompts are provided to help students move towards a solution to their problem. For example, Stage 1 includes prompts such as ‘what is the unknown?’ and ‘draw a figure’. The intention of these prompts is not to forge a definite path towards the solution, but to provide potential avenues of thought that could be productive when students are stuck. Not every prompt is useful in every situation but, together, they provide the problem-solver with a toolkit to aid the solution of a variety of problems(Polya, 1945).

Polya’s heuristic has been shown to improve students’ self-confidence in answering problem-solving questions (Schoenfeld, 1987). However, researchers have cautioned against encouraging learners to follow the heuristic too rigidly; doing so can impede attempts to solve problems using their natural powers (Bruder, 2016). Liljedahl (Liljedahl, 2016) has also noted that the utility of the prompts relies heavily on the past experiences and mathematical content knowledge of the problem-solver. Therefore, use of the prompts themselves is not enough: it is important that students are regularly given mathematical problems to solve throughout their school career so that they can build a repertoire of experiences that they can link to future problems.

In light of the criticisms highlighted above, I wanted to adapt Polya’s heuristic and develop my own set of prompts to support students. The intention was to move the emphasis away from practical problem-solving strategies (e.g. ‘draw a figure’ or ‘can you specialise/ generalise?’) and instead focus on encouraging metacognitive thinking in order to initiate deeper thinking about the problems themselves and their links to prior knowledge (Schoenfeld, 1987). Kramarski et al. ((Kramarski et al., 2002), p. 228) highlight the four main areas in which students can be trained to use metacognitive thinking to aid problem-solving:

a) Comprehending the problem

b) Constructing connections between previous and new knowledge

d) Reflecting on the processes and the solution.

Clearly, there are strong parallels between these four areas and the four stages of Polya’s problem-solving heuristic. The set of prompts that I generated evolved over the course of several months as a direct result of feedback from students. The final set of prompts are displayed in Figure 1.

Implementation in the classroom

The prompts were first introduced to students in conjunction with a difficult maths problem. Students were given time to work on the problem independently before being asked to explicitly answer the prompt questions. The aim was to get them thinking metacognitively about what the problem was asking them to do, and how it related to their mathematical content knowledge and previous problems they had worked on. Students then went back to answering the problem, with many now finding a path towards the solution. This is in keeping with the research literature, which suggests that problem-solving prompts can help students make progress with difficult problems (Bruder, 2016).

In the lessons that followed, I modelled use of the prompts to solve a variety of problems until the class became more familiar with them. Research suggests that explicit modelling by the teacher and opportunities to reflect on problemsolving strategies are crucial for the development of both problem-solving abilities and metacognitive thinking (Bruder, 2016). In later lessons, students were encouraged to share, through class discussion, where and how they had used the prompts in order to support the answering of problems. These class discussions were crucial because cooperative settings where students are encouraged to elaborate on their mathematical reasoning and reflect on their learning are integral for embedding metacognitive strategies (Kramarski et al., 2002).

After two lessons, the 30 students in my class were given a survey. Students were asked questions such as: ‘Which prompt do you find least/most useful and why?’ and ‘How useful do you think these prompts are for helping you to answer problem-solving questions?’. Ninety per cent of students said that they had found at least one of the prompts useful in solving the problems and, interestingly, there was a great deal of variety in the prompts that students favoured. I was careful to emphasise this to the class and to highlight the fact that not all the prompts would be useful for every situation.

Over the following months, it became clear that students had begun to internalise the prompts and were using them metacognitively to help themselves make progress with problem-solving questions. Evidence of this could be inferred from their mock exam papers, where students explicitly listed out different areas of maths and key formulae that they thought could be relevant for particular questions (a reference to the prompt: ‘What areas of maths are involved?’). Further evidence could be inferred where students had begun to underline both key information given in questions (‘What information are you given to start with?’) and the unknown (‘What are you asked to find or show?’). Finally, there were examples, during group work, of students explicitly asking each other variations of the prompts as they worked on mathematical problems.

After several months, students were given the original survey and were asked to reflect again on the utility of the prompts. All students were able to articulate an aspect of the prompts that they believed had made them more successful problemsolvers. This was backed up by students’ mock exam papers, which showed a marked improvement in their facility with problem-solving questions over several months.

Whilst the success of my students cannot be entirely attributed to the prompts (the increased focus on problem-solving in lessons surely helped), there is no doubt that the prompts provided a confidence boost to students as well as a structured way to model metacognitive thought processes. Evidence that students were engaging in metacognitive thought was explicit in their behaviour in the classroom and their survey responses, and also implicit in their responses to problemsolving questions in mock exams.

In order to maximise their impact, research suggests that such prompts should be introduced to students as early as possible and promoted regularly over a long period of time (Bruder, 2016). As a department, we are now looking at how we can effectively expand the use of these prompts to support a wider range of year and ability groups. Our hope is that, by encouraging metacognition across the school, we can make students better problem-solvers and learners.