Spatial ability as a gateway to STEM success 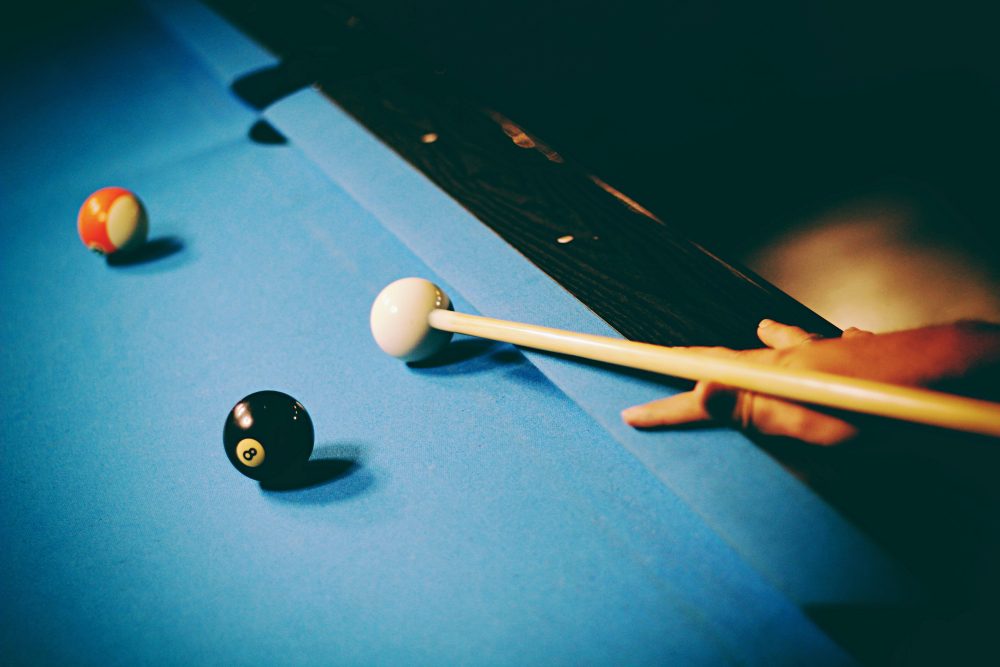 What is spatial ability?

Spatial ability involves perceiving the location and dimension of objects and their relationships to one another. We use it to pack a suitcase, when stacking a dishwasher and even when getting dressed (e.g. turning clothes around, aligning buttons and button holes).

We also need to be able to negotiate our way around objects without bumping into them – this requires an understanding of the distance and direction of objects relative to ourselves in large-scale space. We also use spatial skills in navigation when learning a route from A to B, or giving directions.

Over the last 10 years there has been a mounting interest in the importance of spatial ability to science, technology, engineering and mathematics (STEM). Two key papers fostered the growth of this field. First, Wai et al. (2009) demonstrated that spatial ability in childhood predicts adult expertise in STEM, i.e. those with higher spatial abilities were more likely to enter STEM professions. This makes sense when you unpack the skills required for STEM professions. For example, engineers visualise how forces affect the design of a structure, biologists represent processes through illustration (e.g. DNA sequences), whilst an understanding of the spatial organisation of the periodic table provides knowledge of the relationships amongst elements. Second, a meta-analysisA quantitative study design used to systematically assess th... More of research on spatial ability concluded that spatial skills are malleable (i.e. they can change and develop); that spatial training is effective, durable (i.e. it lasts beyond the training session) and transferable (i.e. it has benefits to other areas of ability, like maths); and that training is optimally beneficial in children (Uttal et al., 2013). Research from my lab supports the relationship between spatial ability and science (Hodgkiss et al., 2018) and maths (Gilligan et al., 2017; Gilligan et al., in press) in primary school children. Furthermore, using this association as their impetus, there are now a handful of studies that have shown that training spatial ability in primary school-aged children leads to improved performance, not only in the spatial domain, but also in mathematics abilities (e.g. Cheng and Mix, 2014; Hawes et al., 2017) (science is yet to be investigated in this context).

My aim in writing this article is to help to filter this research evidence into schools. I believe that a broad and balanced curriculum should include teaching children to think spatially. Understanding science and mathematics depends heavily on spatial thinking – for example, being able to use, understand and coordinate models, read diagrams, rearrange formulae and interpret representations at different scales. Mathematics requires an understanding of shape, symmetry and numerical relationships, all of which require spatial skills, whilst the core problem-solving and interpretation skills that are drawn upon in science require visualisation, a key spatial skill.

A second aim in writing this article relates to downstream economic impact. In the UK, whilst STEM industries make a strong contribution to the economy (£420.5 billion contributed by engineering to the UK GDP in 2015 – Engineering UK, 2018), there is a shortfall in the STEM-skilled workforce (N=22,000 – Engineering UK, 2018). Government initiatives to address this gap have, to date, targeted STEM skills at A-level and university level. I argue, in line with the findings discussed above, for stronger recognition of the importance of spatial ability, from an early age, to STEM. The Wakeham review (2016) also talked about the ‘work ready’ skills valued by STEM employers. Spatial thinking skills are exactly the attributes that foster strong problem-solving abilities, i.e. these ‘work ready’ skills.

An important message is that spatial thinking is an integral contributor to success in science and maths. Crucially, it is malleable and so can be nurtured and trained. Because spatial thinking isn’t a recognised part of the curriculum, teachers need to be able to recognise when to integrate it into their teaching. For example, if we provide children with the skills to interpret a diagram in their science lessons and the ability to understand the scale of visual representations of cells or the solar system, this could have both immediate and long-term positive effects on their STEM skills. Whilst many teachers are doing this already, here I will provide some explicit examples of how to spatialise the curriculum using a series of tools that are known to support and encourage spatial thinking. These include spatial language, gesture, maps, sketches, diagrams and graphs (for further examples, see Newcombe, 2016).

Spatial language has high communicative value (describing patterns of data on a graph, giving directions) and a strong capacity to enhance spatial understanding (words like ‘parallel’ succinctly communicate otherwise difficult spatial concepts). Children who hear more spatial language as toddlers have stronger spatial skills when they start school (Pruden et al., 2011), and stronger spatial language associates with better maths performance (cited in Verdine et al., 2014). To encourage the development of spatial language in children, teachers can select books that use a lot of spatial language (e.g. an example for Early Years Foundation Stage (EYFS) is the ‘Twirlywoos’ books), and integrate spatial language into the school day. This increases the frequency of spatial language exposure to the children’s lives. For example, teachers can be deliberate in using opposite terms such as ‘left’ and ‘right’ (which are often confused by children); even terms like ‘between’ are difficult concepts within the primary school years. In her blog, Nicky Clements (2018), a director of EYFS, discusses the numerous opportunities to talk about size: ‘… whether it be regarding their shoes or the size of the banana they want for snack’. Understanding relative size (e.g. bigger, smaller) is also important for introducing differences in spatial scale. Teachers could also introduce more sophisticated terms such as ‘slope’ or ‘parallel’. The acquisition of spatial terms can be supported by the use of iconic gestures. This can be as simple as showing differences in size using hand gestures, to demonstrating ‘parallel’ via parallel arms. Gesture uses space to supplement the information provided by words and, because of this, gesture helps children to learn new spatial words. Gesture also provides an additional representation of the concept. When teachers use gesture, children show a learning benefit over and above teaching using speech alone (Singer and Goldin-Meadow, 2005).

Visualisation, i.e. the ability to imagine processes in your head, is strongly associated with both maths and science (Gilligan et al., in press; Hodgkiss et al., 2018). Teachers can point out to children when visualisation would be useful. For example, in physics, ask children to imagine the trajectory of a ball as it is thrown or, in biology, to imagine the flow of blood through the heart. At a simpler level, children’s spatial development can flourish when a teacher points out that they might be able to work out how to fit a jigsaw piece by imagining it rotating in their head. Whilst initially harder than their trial-and-error technique, they will be delighted when they accomplish this new skill, and these transferable skills will benefit them throughout their school career and beyond.

Maps, diagrams and graphs are useful because they use space to show a set of information simultaneously. This contrasts with written text, which is sequential in nature. Maps, for example, help children develop understanding of the spatial relationships between places, as well as an understanding of differences in scale. Similarly, a comparison between two diagrams (e.g. to assess the similarities and differences between two molecules) also requires an understanding of spatial relationships, whilst an understanding of spatial scale is required when diagrams are not drawn to scale (a cell, an atom or the solar system). The use of maps, diagrams and graphs needs to be taught, as they can often be misunderstood by children. For example, teachers can help children to understand the parts and whole of a pie chart, or the differences in scale of the elements of a life-cycle diagram. Equally, there are good diagrams and bad diagrams, and there are ways of making diagrams a better representation of the concept. A clear example is how oxygenated and deoxygenated blood are denoted as red and blue in diagrams. This helps children to understand the flow of blood around the body and the processes involved. Another way of improving the spatial aspects of diagrams is to spatially align like with like when comparing one diagram to another (e.g. animal vs. plant cells) so that the similarities and differences can be easily noted. Teachers can also encourage children to create their own diagrams in the form of sketches – for example, sketching the pull and push forces of a magnet. This active production of the child’s understanding of a concept is a spatial form of active learning.

Finally, spatial thinking is not restricted to maths and science. Teachers have told me how they use it in geography, PE, handwriting and dance. Equally, it does not always have to be formally taught. Providing time during the day for block play and jigsaws, as well as computer games like Tetris, is beneficial to the development of spatial ability. These sorts of toys and games bolster understanding of part/whole relationships, symmetry and measurement.

This is a relatively young area of research. Whilst there is robust evidence that spatial ability is associated with STEM, not many studies have investigated the impact of spatial training in children (and these have all focused on maths). Over the next few years, we will discover how long the effects of spatial training last in children, which spatial training is most effective (e.g. direct training of spatial skills, spatialising the curriculum or both), how much spatial training is needed to have an impact, and the extent to which this has long-term benefits to children’s STEM skills. For more top tips for both parents and teachers, see: http://cogdevlab.weebly.com/lab-blog/spatial-cognition-as-a-gateway-to-mathematics-and-science-learning. Please do leave comments and examples of how you include spatial thinking in your teaching – a two-way process between researchers and teachers is invaluable to research. 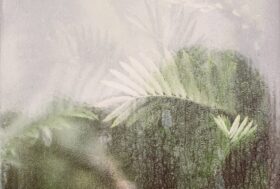 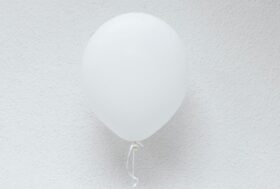 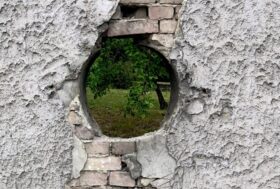 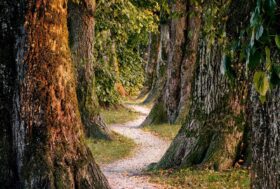 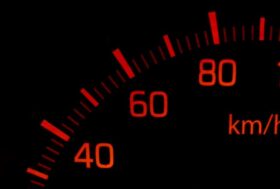 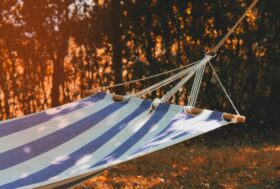 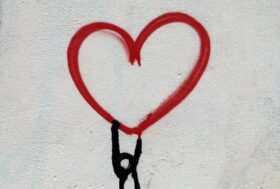 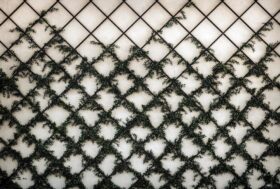 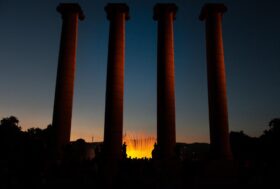 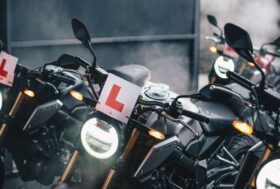