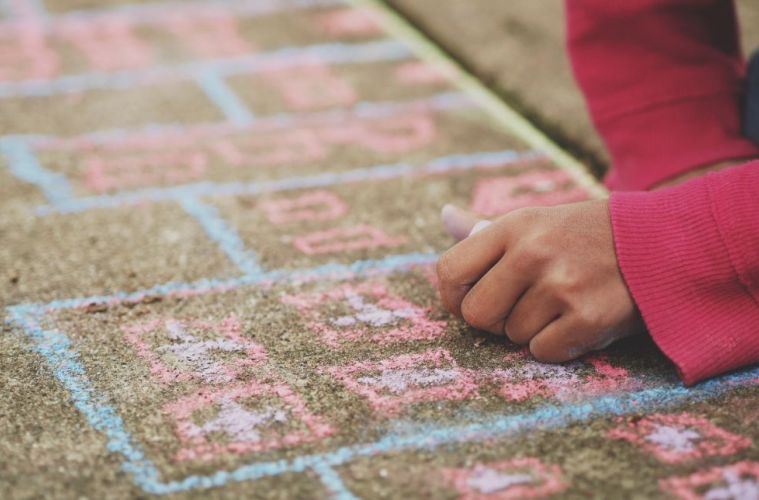 A significant proportion of students in schools in the UK use English as an additional language (EAL). Latest figures show that EAL learners in England account for approximately one in five of the student population (DfEDepartment for Education - a ministerial department responsi..., 2018). Developing a learning culture that takes into account the specific characteristics and educational needs of this sizeable group is, therefore, unequivocally part of everyday practice for most teachers. The term EAL captures an extremely diverse group of learners, from students who have grown up in the UK in bilingual households with high levels of proficiency in two or more languages, to newly arrived students who may have little to no experience in learning English. All, however, have experiences of multilingualism, many of which are closely tied to their cultural identities, and which have important implications for supporting their learning.

EAL students, or perhaps more usefully ‘multilingual learners’, bring learning experiences and linguistic skills to the classroom that form the foundation upon which new learning is built. Specifically, multilingual learners have knowledge of, and skills in, their home languages; many have experienced schooling in other countries; and many view the world through the lens of their cultural background. These skills and experiences can be drawn on to contextualise and enhance learning if schools move beyond a ‘monolingual habitus’ (Gogolin, 1997), where the only language that is heard, used and valued for learning is English. While many schools adopt inclusive approaches to culture, and celebrate their cultural milieus, this inclusive attitude is often not extended to the linguistic capital that multilingual students possess. Perversely, as the profession demonstrates its positive disposition towards multilingualism by introducing modern foreign languages at ever earlier ages, many schools fail to apply the same attitude to the languages that EAL students already possess. Jim Cummins, an influential figure in research on the importance of multilingual learners’ home languages, wryly captures this cognitive dissonance (Cummins, 2005, p. 586):

Valuing the existing skills of students is surely a fundamental component in developing a positive learning culture. There are many reasons to draw on students’ home languages, prior school experiences and cultural capital. In this article we provide an overview of what we believe to be the most compelling reasons.

In creating an inclusive learning culture, we need to start from what the students bring to the school with them. There is a tendency to characterise EAL learners from a position of deficiency rather than asset – that is, a preoccupation with students’ lack of English, while failing to recognise and value the skills and experiences they have developed through their home language.

Much has been theorised about how the brain handles more than one language, and arguments have been made that multilingual learners build competence in one language on the foundations laid by the other. Observational research has provided support for this theory, revealing positive relationships between students’ home language and the language of the school. We know, for example, that students who are good readers in their home language are more likely to be good readers in English (Chuang et al., 2011). As well as correlational evidence, we have some evidence from experiments that helps illuminate causal relationships between home language and English proficiency. For example, research on bilingual education tells us that students from linguistic minorities who go to bilingual schools (at which teaching is conducted in their home language and English) tend to do better linguistically and academically than their peers who go to monolingual English schools (Reljić et al., 2015; Krashen and McField, 2005).

The potential pedagogic role for the home language is also informed by research examining how multilingual pupils use it in class. When working in same-language pairs to discuss and carry out writing tasks, for example, multilingual learners use it in ways that seem likely to support their learning. This includes using it for planning, reviewing and keeping focused and productive (Duarte, 2016). Using home languages to handle the mechanics of an activity is argued to free up cognitive resources to be directed at the principle aim of the activity. Such aims may be directly language-related, but are as – if not more – likely to be focused on academic content.

This brings us to the educational experiences that multilingual learners have gained outside of the UK. A student who has attended school in their home country has built rich understanding of academic content through their home language. They have learned skills relevant to all learning. They have learned how to read and write, they understand the number system, they have hypothesised, summarised, synthesised, reported and all of the other transferable skills intrinsic to learning. They have also learned specific curriculum content: plate tectonics, properties of materials, the treaty of Versailles, health and safety in the design technology room, et cetera, ad infinitum.

The importance of activating prior knowledge when introducing new knowledge is well understood by teachers – that’s why we often begin a new lesson by asking, ‘So, what did we learn last time?’ According to schema theory, new knowledge is categorised in relation to existing knowledge (for example, see McVee et al., 2005). Thus, our existing – or prior – knowledge is the foundation upon which new knowledge is built. Taking away those foundations by wilfully or unintentionally denying direct access via the home language may be counterproductive. At the very least, policies that prevent or complicate access to prior learning, by prohibiting use of the home language, cannot be said to be fostering a learning culture for multilingual learners.

Intervention research to clarify any causal relationships between teaching approaches that explicitly use EAL students’ home languages and their academic development is thin on the ground (Chalmers, 2017), and there remains considerable uncertainty over what works in this regard. Nonetheless, schools are starting to explore ways of operationalising home language, in the belief that it does improve academic outcomes. The International School of The Hague is currently piloting an approach that takes advantage of Google’s oral translation feature. Here, students speak into the app in their home language. The app then plays back an English translation, providing the teacher with a window on the students’ thinking and learning (Martin and McCracken, 2018). The International School of London takes a more embedded, strategic approach to the home languages of its students by providing daily ‘mother-tongue’ lessons for all of its multilingual learners. With 25 mother tongues and counting, this is a clear articulation by the school that it values an inclusive, asset-oriented learning culture for its multilingual students.

In addition to the purely academic affordances associated with using students’ home languages, research into the relationships between home language use and well-being indicates that opportunities to use the home language positively affect students’ school experiences (e.g. Parke et al., 2002). For example, students of Bangladeshi heritage, whose teachers used Bangla poems to teach about idioms, reported feeling valued for their bicultural identities (Kenner et al., 2008). Moreover, anchoring classroom experiences in the lived experiences of children who do not routinely inhabit the monolingual habitus of most classrooms makes learning relevant for them, fostering a sense of connection between all learning, formal and informal, school-based and home-based. An asset-oriented view of multilingual learners can also help to reduce anxiety in the classroom. Needing to perform in a language that one has yet to master can cause anxiety, which can negatively affect learning. Allowing multilingual learners to use their own languages to communicate their needs when necessary is one way to mitigate this.

There is also evidence that a learning culture that values the assets of multilingual learners can be developed through good home–school relationships. For a variety of reasons, minority language parents tend to be less engaged with school and less involved in supporting school learning. Schools that explicitly value and validate students’ home languages can promote a rise in cultural capital for minority and immigrant families and allow them to feel connected and supported (Duarte, 2011).

A recently published study by the EEF assessed the effects on Reception-aged EAL learners’ literacy and learning of a ‘family skills’ programme designed to support parents and caregivers. One of the focuses of the programme was ‘making the most of multilingualism’ (Husain et al., 2018, p. 4). The study found evidence of a positive impact on children’s literacy development, and parents reported feeling more confident to support their children’s learning at home. Following a similar approach, a school in North London that had identified many of its Turkish heritage students as at risk of underachievement sought to address their concerns through a community engagement initiative (Gazzard, 2018). The school set up parent coffee mornings to discuss supporting learning in the home, and offered a homework club that brought the Turkish children together in a purposeful learning-oriented community. Responding to the parents’ desire for their children to maintain and develop their Turkish literacy and knowledge of Turkish culture, the school now runs Turkish language and culture lessons in partnership with the Turkish embassy. The whole community became enriched, with parents and families enthusiastically involved with their children’s learning in all respects, not just as it relates to Turkish.

There is much that schools can do to create, maintain and develop positive learning cultures for their EAL students. We have summarised a small proportion of what we believe are appropriate approaches to doing this. Again, research that would provide much needed evidence for the educative effects of pedagogical and community-based initiatives to support EAL students is lacking, especially in the UK (Murphy and Unthiah, 2015, Oxley and de Cat, in press). We must hope that researchers work with teachers to seize on the enthusiasm evident in schools like the ones discussed in this article, and robustly assess the effects of promising approaches to developing strong learning cultures for multilingual learners.

Chalmers H (2017) What does research tell us about using the first language as a pedagogical tool? EAL Journal 3: 54–58.

Cummins J (2005) A proposal for action: Strategies for recognizing heritage language competence as a learning resource within the mainstream classroom. The Modern Language Journal 80(4): 585–592.

Murphy V and Unthiah A (2015) A Systematic Review of Intervention Research Examining English Language and Literacy Development in Children with English as an Additional Language (EAL). London: Education Endowment Foundation.

Oxley E and de Cat C (in press) A Systematic Review of Language and Literacy Interventions in Children and Adolescents with English as an Additional Language (EAL). Preprint DOI: 10.31219/osf.io/92s6v 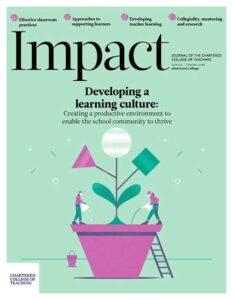