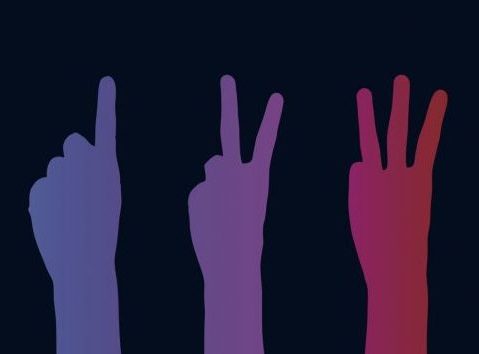 Numeracy skills measured at age five, prior to the start of primary school, are strong predictors of later academic achievement in both reading and maths (Duncan et al., 2007). While this finding is based on correlational evidence, it suggests that Early Years maths education is important for setting the foundation for later learning across multiple subjects.  It is never too early to introduce students to mathematics; as McClure et al suggest:

Whether it is gardening, building forts, stacking blocks, playing at the water table, or lining up by height in the classroom, children demonstrate a clear readiness to engage in STEM learning early in life. And research from several disciplines is converging to show the importance of a new national commitment to early learning generally. Brain and skills-building experiences early in life are critical for child development, and high-quality early STEM experiences can support children’s growth across areas as diverse as executive function and literacy development. (McClure et al., 2017)

Emphasis on the necessity of early maths skills has led to debate in early education based on a false dichotomy between maths learning and playing. Guided play is a compromise between direct instructionA method of instruction in which concepts or skills are taug... and exploratory free play (Weisberg et al., 2016), and we argue here that it is an effective way to introduce symbolic number concepts to young children, a crucial step in mathematical development during the early years (Merkley and Ansari , 2016). By providing structured activities, teachers allow opportunities for learning and exploration, and, importantly, also help to develop positive attitudes towards maths.

Early Years education in the UK has a strong emphasis on phonics knowledge, which is the understanding of the associations between letters and sounds. This is based on evidence that phonological skills are reliably related to reading ability and are understood to be foundational skills for language and literacy (Melby-Lervåg et al., 2017). Research into foundational numeracy skills has lagged behind literacy, but a growing body of research suggests that understanding the associations between number words, digits and quantities is strongly related to the development of numerical and mathematical abilities (Merkley and Ansari , 2016). Individual differences in the ability to choose the numerically larger of two digits, known as symbolic comparison, are correlated with arithmetic ability in children and adults (De Smedt et al., 2013). The relationship between symbolic comparison ability and arithmetic was shown to be as strong as the relationship between phonological skills and reading in a sample of primary school students (Vanbinst et al., 2016), suggesting that symbolic comparison abilities may be as important for maths development as phonological awareness is for reading development. Moreover, number symbol knowledge measured at age five, in Kindergarten or Reception year, predicted mathematics ability one year later (Purpura et al., 2013), suggesting that learning the meaning of number symbols, both words and digits, is a crucial step in maths development.

Number knowledge consists of being able to link a number word to both its corresponding quantity and the associated written symbol (digit). However, the importance of understanding the relationships between number words, digits and quantities is not explicitly reflected in the learning goal for numbers in the Early Years Foundation Stage Profile (EYFSP):

Numbers: children count reliably with numbers from 1 to 20, place them in order and say which number is one more or one less than a given number. (Standards & Testing Agency, 2016)

As many teachers have likely observed in their classrooms, a young child may be able to recite the count list up to 20, but fail to produce a set of exactly five objects when asked to ‘show me five’. Children initially learn the count sequence by rote, like a nursery rhyme, and only gradually learn to associate number words with both the exact quantities and the digits they refer to.

Foundational numeracy skills need to be learned in the Early Years, but this does not necessarily mean that young children need to have formal maths lessons. Early Years maths education should strike a balance between play-based discovery and instruction of necessary content knowledge. However, some have argued that Early Years learning should focus on play and inquiry, in part because of evidence that, in some situations, direct instruction can limit children’s thinking and discovery (see, for example, (Bonawitza et al., 2011)). However, while young children are brilliant learners and can use sophisticated reasoning when encouraged to figure things out for themselves, they are unlikely to discover fundamental numerical concepts through playing with mathematics-related materials on their own (Clements and Sarama, 2009).

Teachers and parents need to cue children to these necessary concepts in the Early Years. This can be done through guided play, which refers to ‘learning experiences that combine the child-directed nature of free play with a focus on learning outcomes and adult mentorship’ (Weisberg et al., 2016). The goal of guided play is that children take charge of their own learning and teachers use their expertise to scaffold children’s learning by designing materials and providing prompting and feedback. Playing board games and card games with young children has been shown to lead to improvements in symbolic number skills (Ramani and Eason, 2015). For example, playing board games such as Snakes and Ladders in small groups provides a way for educators to give children feedback to improve their counting and understanding of the ordered associations between numbers in the context of play (Ramani et al., 2012). This is an example of guided play in which an adult observes child-directed play and interjects with questions and feedback (Weisberg et al., 2016) to probe their understanding of number. The guided play approach is reflected in the early maths curriculum of Montessori schools through the use of number rods and sandpaper digits for children to play with (Marshall, 2017) and in outdoor learning or ‘forest school’ through activities such as creating number symbol shapes from materials found outdoors (Robertson, 2017). In these examples of guided play, teachers design the environment to emphasise mathematical concepts but allow the students to explore these environments and activities freely. Teachers can integrate fundamental mathematical skills, such as symbolic number knowledge, into all sorts of classroom materials and activities.

The early years are important not just for laying the foundation for children’s conceptual understanding of mathematics, but also for shaping children’s attitudes towards maths. Parents’ and teachers’ attitudes towards maths can influence their students’ and children’s mathematics achievement (Beilock and Maloney, 2015). In particular, parents’ and teachers’ maths anxiety may negatively impact on student maths performance (Beilock and Maloney, 2015). While maths anxiety is an extreme fear of mathematics, it is more common for parents and teachers to say that they do not like maths or claim that they are not good at it. These types of statements can be harmful as they can give students the notion that maths is not necessary and can or should be avoided or reserved only for those who are good at it. Maths need not be difficult or scary, and incorporating mathematical concepts into guided play in the Early Years could foster young children’s curiosity, laying solid foundations for mathematics education into the primary years. By supporting children to explore and play with maths, teachers can contribute towards instilling a lifelong love of learning.

Numeracy is as essential for students’ success as literacy is, and Early Years educators should equip their students with fundamental maths skills as well as positive attitudes towards maths learning. Teachers should place particular emphasis on learning the meaning of number symbols in the Early Years and can encourage the progression of this knowledge through guided play. They should design their learning environments with fun, stimulating maths activities and materials for children to play with and explore. Moreover, the usefulness of maths can be highlighted in everyday activities such as doing head counts and dividing up snack portions. Educators should be playful and creative in their approach to teaching maths in the hope of encouraging their students to be playful and creative in using maths.