Mathematics in the Early Years: What matters? 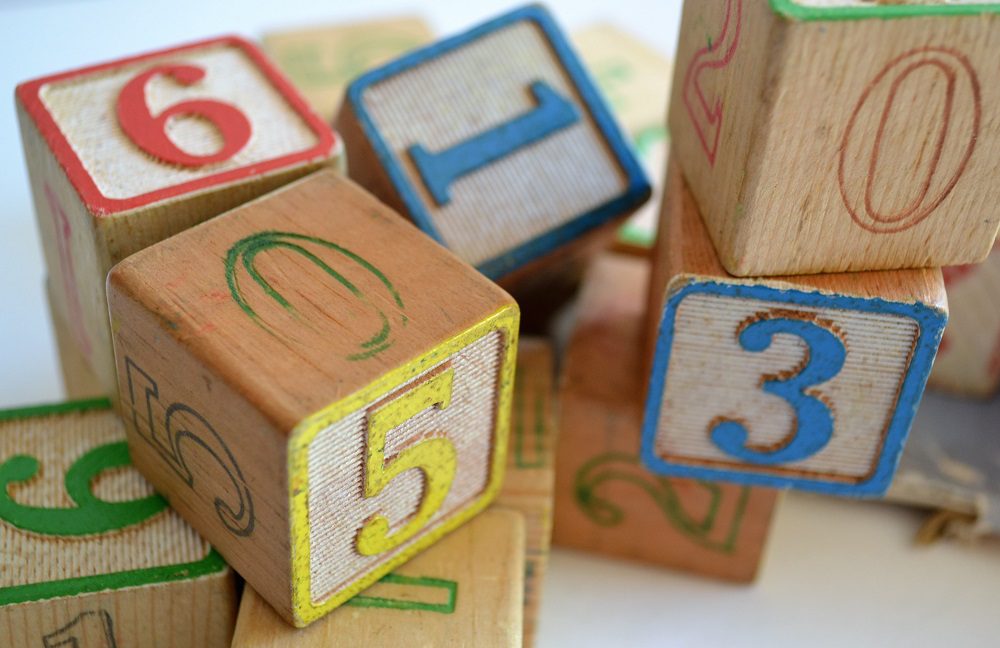 Developments in our understanding of how three- to seven-year-olds learn mathematics have practical relevance for the mathematics we plan for in nursery, Reception and Year 1 settings. They also bring into question the current weight being attached to number and recall over other areas of mathematics in the proposed changes to the Early Learning Goals – the set of measures by which children are assessed in their Foundation Stage profile – at the end of the Early Years Foundation Stage (EYFS). In this article, I will explore the ‘what’: looking at significant elements of research in relation to two ‘big ideas’ in Early Years mathematics – the relationship between number and quantity, and spatial reasoning. I also consider the ‘how’: the development of children’s reasoning and mathematical thinking in relation to these big ideas.

One significant development in our understanding of the early learning of number is the recognition that establishing a robust connection between numbers and quantities is not simple and takes time. The second area that is important in making sense of how mathematical understanding develops is the role of early spatial awareness in predicting later mathematical achievement.

“Quantities and numbers are not the same thing.”

In everyday life, many number symbols we see and use are distinguishing labels – for example, bus numbers, shoe sizes, road numbers, etc. Typically, it is quite rare to see numbers attached to quantities – for instance, in the case of boxes of eggs or multipacks of crisps. The number on a 64 bus does not mean that 63 buses have already passed by; a shoe numbered ‘5’ does not mean that I have four other pairs of shoes. Nunes and Bryant go on to say that ‘Because the connections between quantities and numbers are many and varied, learning about these connections could take three to four years in primary school.’ (2009, p. 4)

A key early conceptual development for children in the EYFS, as well as those in the first years of statutory schooling, is to help them to establish a clear connection between numbers – including written numerals – and quantities (Lyons et al., 2014). Yet much of what we do mathematically, certainly from the end of Year 1, becomes quickly abstract. Children bring their own varied, rich knowledge about numbers to school (Trundley, 2008), but they might not link their counting or number knowledge to quantity, or quantity to numerals, even though they will have had experience of both: ‘I’m 3.’ ‘He’s got more than me.’ (Mix et al., 2012) It is crucial for practitioners to continue to provide young learners well into Year 2 with plentiful and varied opportunities to organise, estimate, count, compare, share out and label different objects, in many different contexts and for different purposes. They should also support them in counting through the ‘tricky teens’ – the numbers from 11 to 19 – which in English are unhelpfully irregular. By seeing as well as hearing the numbers from 20 to 100, where it all begins to regularise, practitioners can also help children to see the patterns in the number sequence.

Research points to the following as helpful in supporting young children’s number sense:

Alongside this, and somewhat contrarily, it is not helpful for adults to ask children to count when they have already subitised (recognised a small amount without counting) – for example: ‘I can see four there and I’m four.’ (Clements and Sarama, 2009) Perceptual subitising is the ability we all have to recognise up to four items without having to count these. It is difficult to identify more than four without arranging these into a recognisable or iconic arrangement. Conceptual subitising builds on this knowledge to recognise larger groups: ‘There’s six, look – three here and three here.’ Dice and dot patterns are easily subitised and children should be encouraged to recognise these without ‘counting to check’. These understandings link into important later work combining and partitioning numbers (Gifford, 2018).

A recent study has reported that ball skills can predict mathematical attainment. This ability is known as ‘interceptive timing’ and might not be as surprising as it first appears:

“The neural circuitry used to build up a child’s understanding of their external environment, the way they orientate themselves spatially… is also used to process numbers and more abstract thinking.”

For young children, a range of construction and pattern-making tasks and making and discussing models and maps all contribute positively to the development of a child’s spatial awareness. Having a treasure hunt would be a meaningful way of combining spatial elements in the EYFS. In particular, high-quality jigsaw-play with an adult aids spatial skills – from indent puzzles to many pieces (Hawes et al., 2017; Schroeter, 2017).

Currently, the Early Years Foundation Stage curriculum (DfEDepartment for Education - a ministerial department responsi... More, 2014) and the concluding Early Learning Goals are being adapted by the DfE. In a draft pilot of the goals (DfE, 2018), ‘Shape, space and measure’ was removed as a learning goal for the end of the EYFS. Although it should be the case that assessment goals do not constitute the entire curriculum, it is not difficult to appreciate that what is tested will be taught, with other areas being neglected. But this omission is being resisted across both the mathematics and the Early Years communities (Gifford, 2019). The draft ELGs were released for consultation by the DfE, with ‘Shape, Space and Measures’ remaining omitted and significant additions to the goals piloted. The public consultation ends in January 2020 and a revised EYFS is expected to be implemented on a statutory basis from September 2021.

The ‘how’: Supporting children’s reasoning and mathematical thinking

Mathematics in the Early Years consists of taught episodes alongside observations of children’s self-directed play. Research has found that mathematics is very unlikely to happen unless adult-initiated episodes are organised, alongside planned mathematical environments (Gifford, 2005, Mix et al., 2012). Of course, taught episodes can take place ‘big and outside’ and be responses to what we observe in play (Gifford, 2015). For example, play on a roadway with bikes could lead to some adult-initiated ‘hooks’ involving the giving of directions or map-making. I like to link child- and adult-initiated mathematics as ‘listening to’ and ‘listening for’. I listen to the children to note their interests and achievements, and I listen for what I can develop mathematically. This demands knowledge of both the development of the children and the likely trajectories of learning for mathematics (Clements and Sarama, 2009).

Despite the identification of high-quality adult–child interactions in the form of sustained shared thinking as being important in extending children’s learning, longitudinal research into effective pre-school education (Siraj-Blatchford et al., 2002; Sylva et al., 2004) found few examples of these interactions taking place in mathematics.

“Sustained shared thinking” occurs when two or more individuals “work together” in an intellectual way to solve a problem, clarify a concept, evaluate an activity, extend a narrative etc. Both parties must contribute to the thinking and it must develop and extend the understanding.”

Developing sustained conversations means that we open up mathematical discussions, rather than close them down by awaiting correct answers: firstly, by examining the mathematical tasks and challenges we offer – do they ‘demand’ engagement and talk? – and secondly, by developing practices and prompts that leave space for children to think – for example, ‘Tell me more?’ (Koshy et al., 2015).

To summarise, three important aspects for practitioners to develop are:

Over 30 years ago, Shulman (1986) referred to pedagogical subject knowledge. We need more training for all those working in the Early Years to understand early mathematics. This blend of knowledge about what research informs us that children need to thrive as well as how we need to behave to nurture this remains key.

Gifford S (2019) The case for space in the early years. British Society for Research into Learning Mathematics. Available at: https://bsrlm.org.uk/the-case-for-space-in-the-early-years (accessed 5 December 2019).

Schroeter E (2017) The importance of spatial reasoning and geometry in Kindergarten. In: The Learning Exchange. Available at: https://thelearningexchange.ca/importance-spatial-reasoning-geometry-kindergarten (accessed 5 December 2019).

Trundley R and Williams H (in press) Learning from Variation.